Last Refuge Of The Damned... That Is, The Senate

Another glimpse in the Senate foyer, this takes in the portrait of the Queen. Another portrait can be glimpsed in the gallery upstairs. It was Prince Phillip. Unfortunately that promenade was not part of the tour. 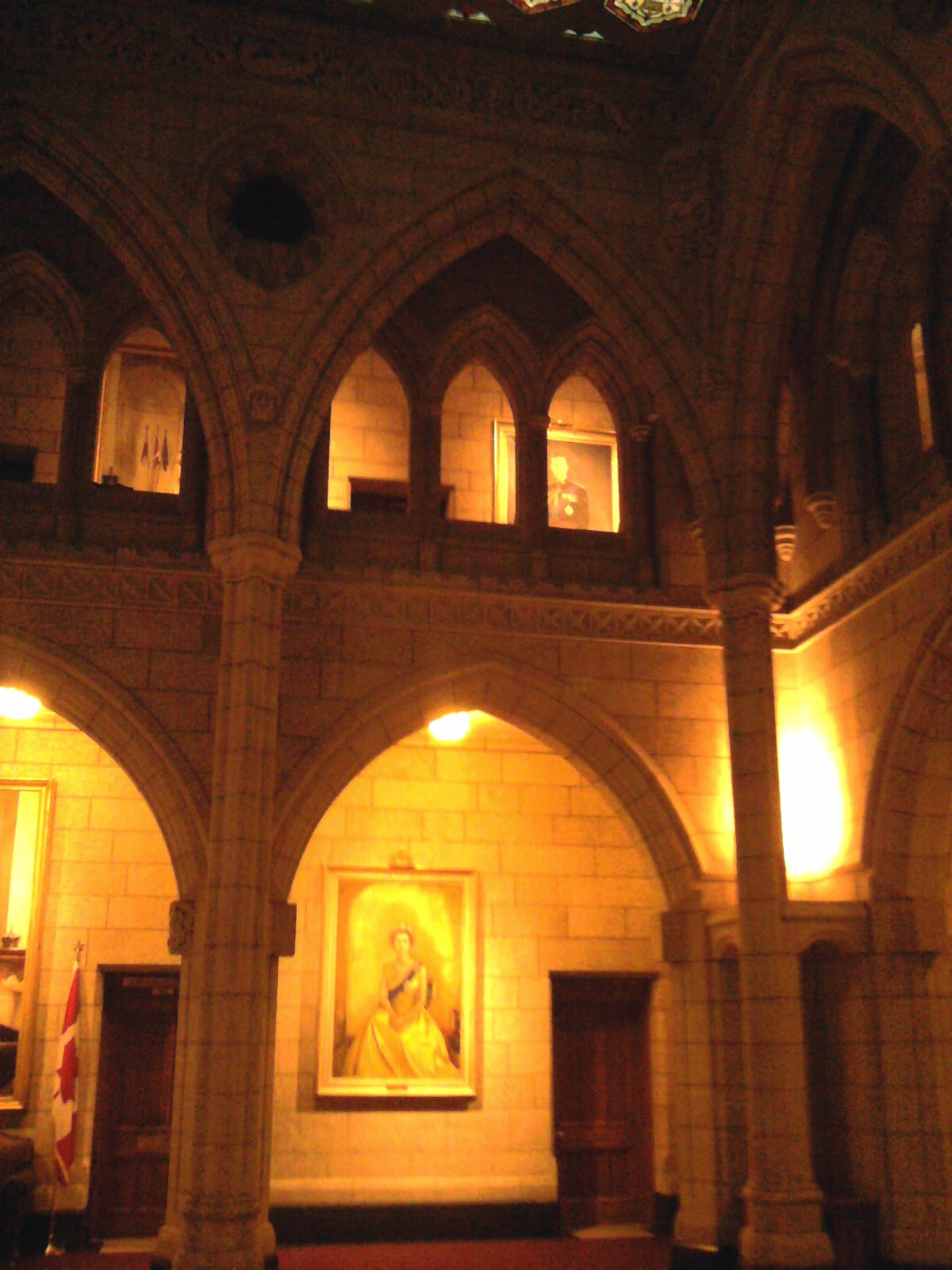 The ceiling in this area was certainly unique. 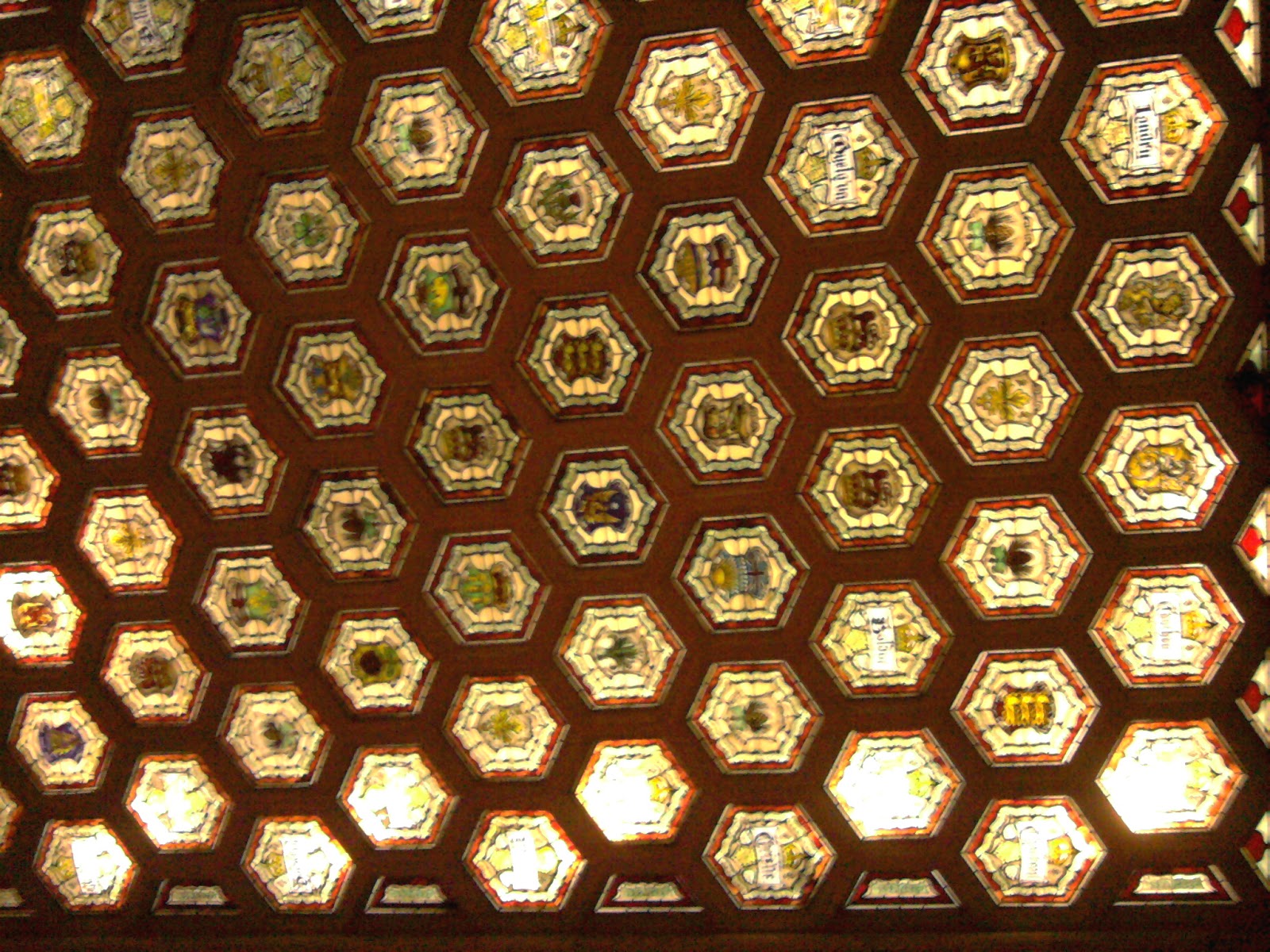 Here we have the entrance into the Senate. Drawing from British parliamentary tradition with their House Of Lords, the decor here has red dominating it, while green is prevalent over in the House of Commons, as I showed you some days ago. 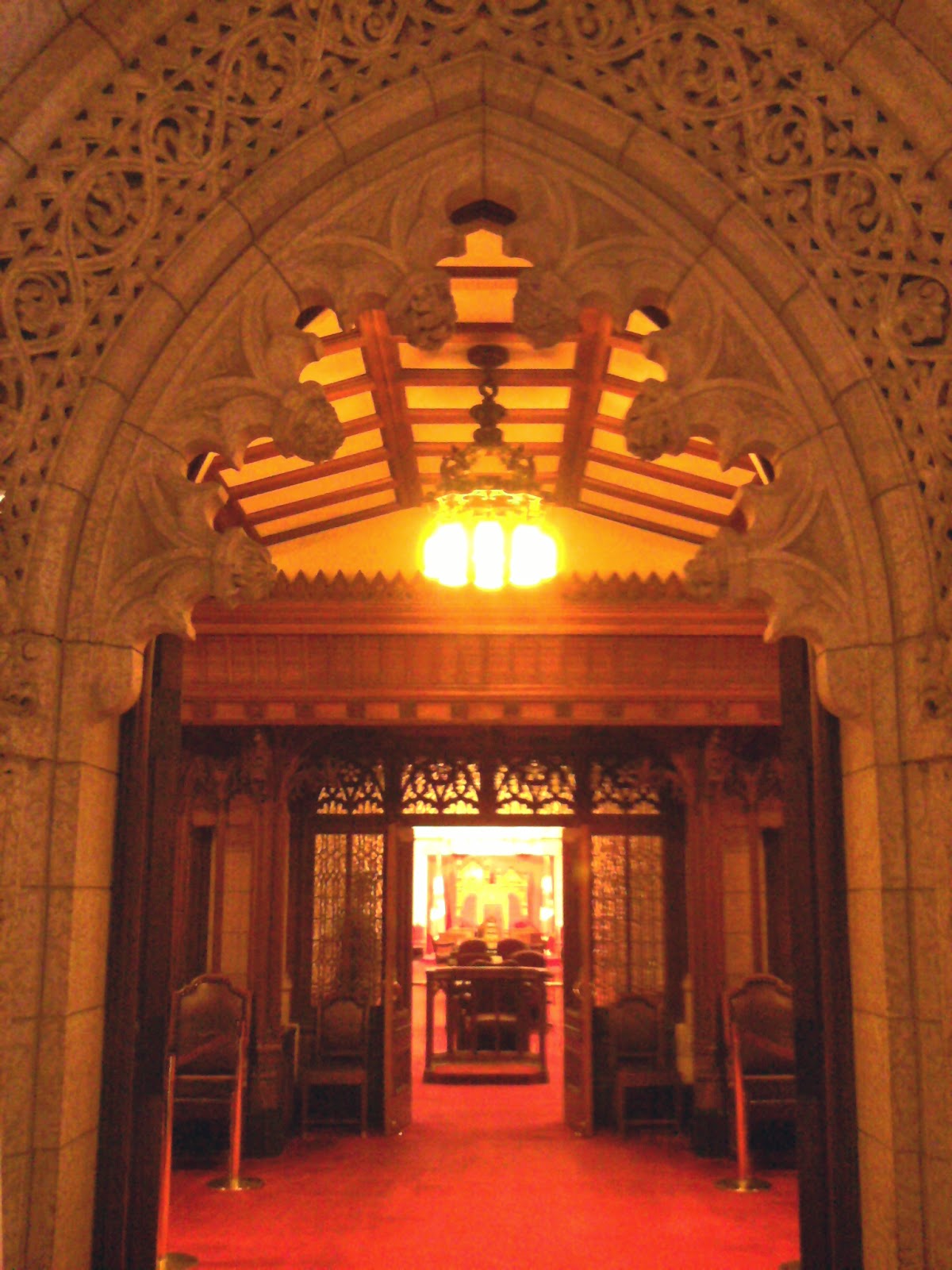 Inside the Senate, the walls are decked out with large murals. 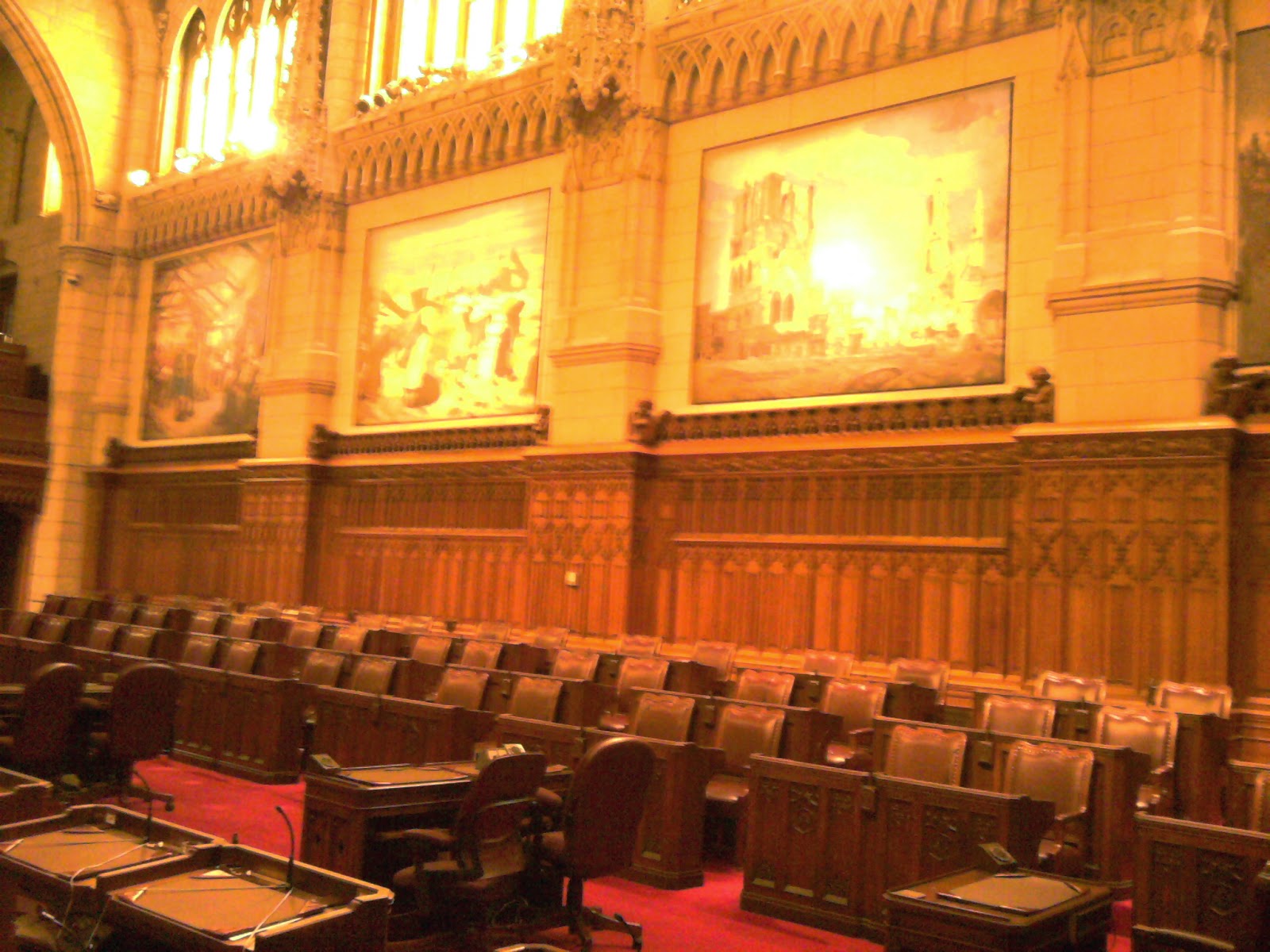 The senators are not elected, appointed by the government of the day as vacancies appear. It's meant to be a chamber of sober second thought. And while there are senators who do a good job- a former general named Romeo Dallaire comes to mind- in the last year or so, the Senate has been under fire for the spending habits of several senators, all but one of whom were appointed by Darth Harper. 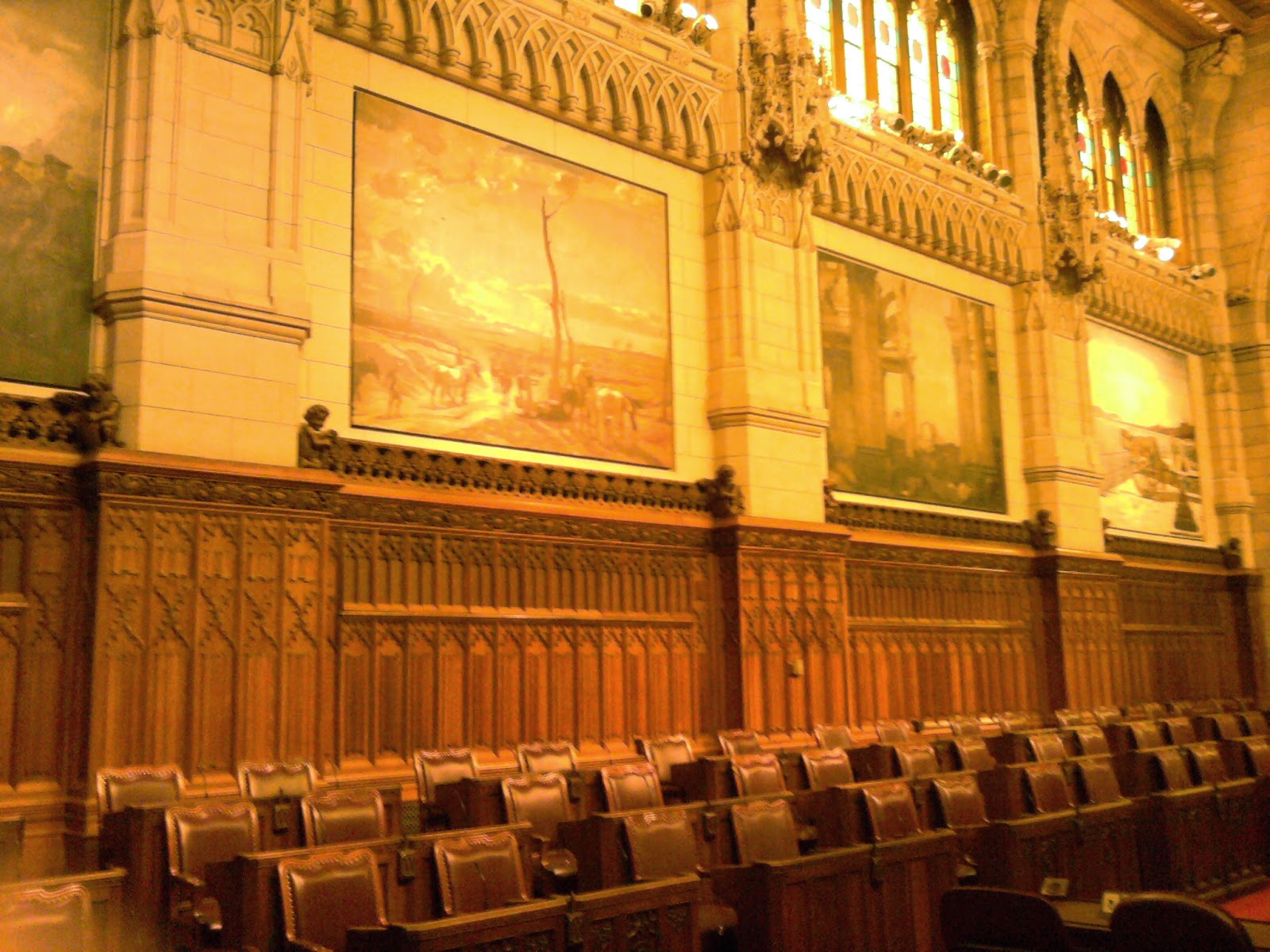 Speeches from the throne take place here to start a new session, drawing members of parliament over from the Commons. 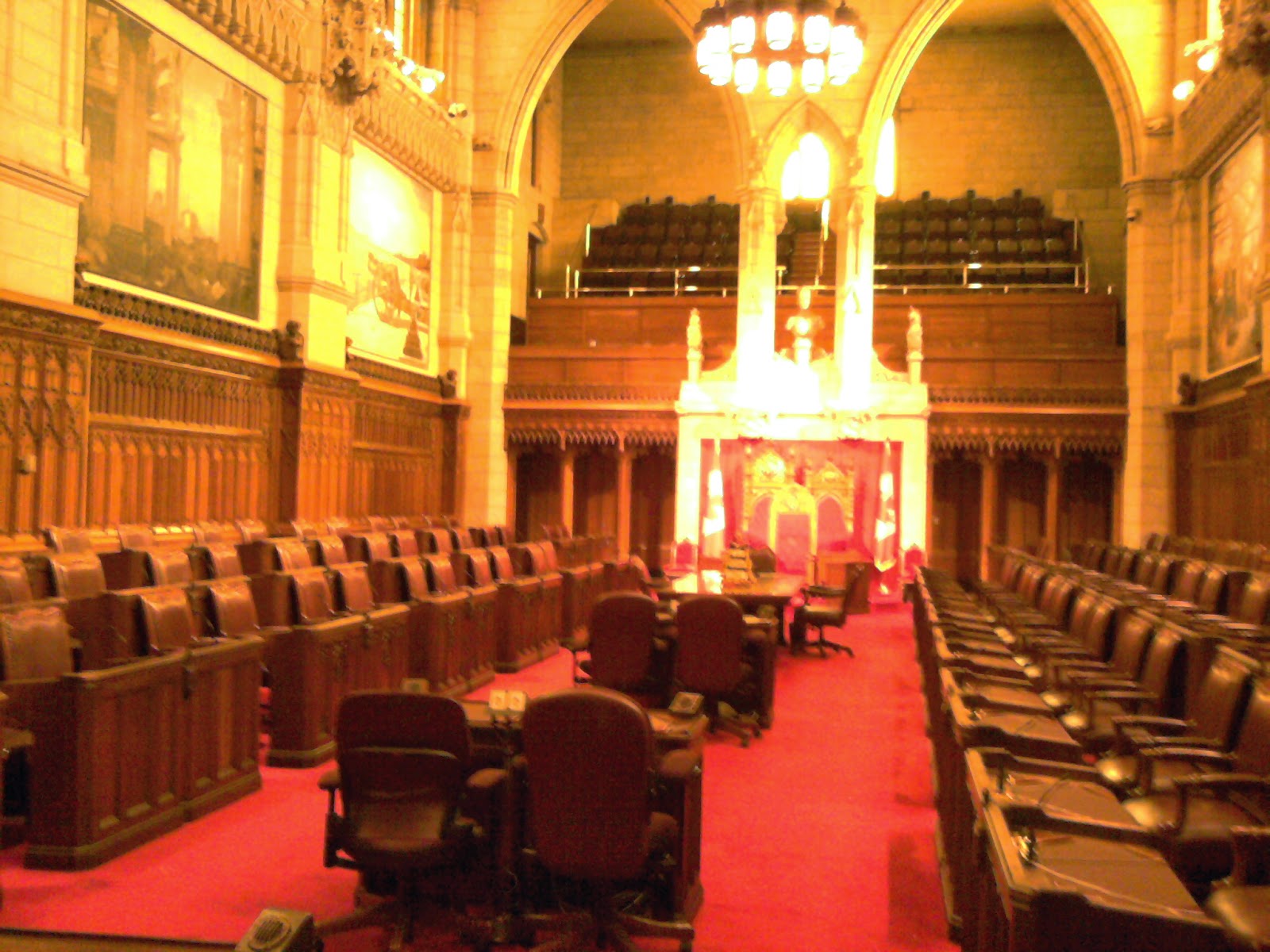 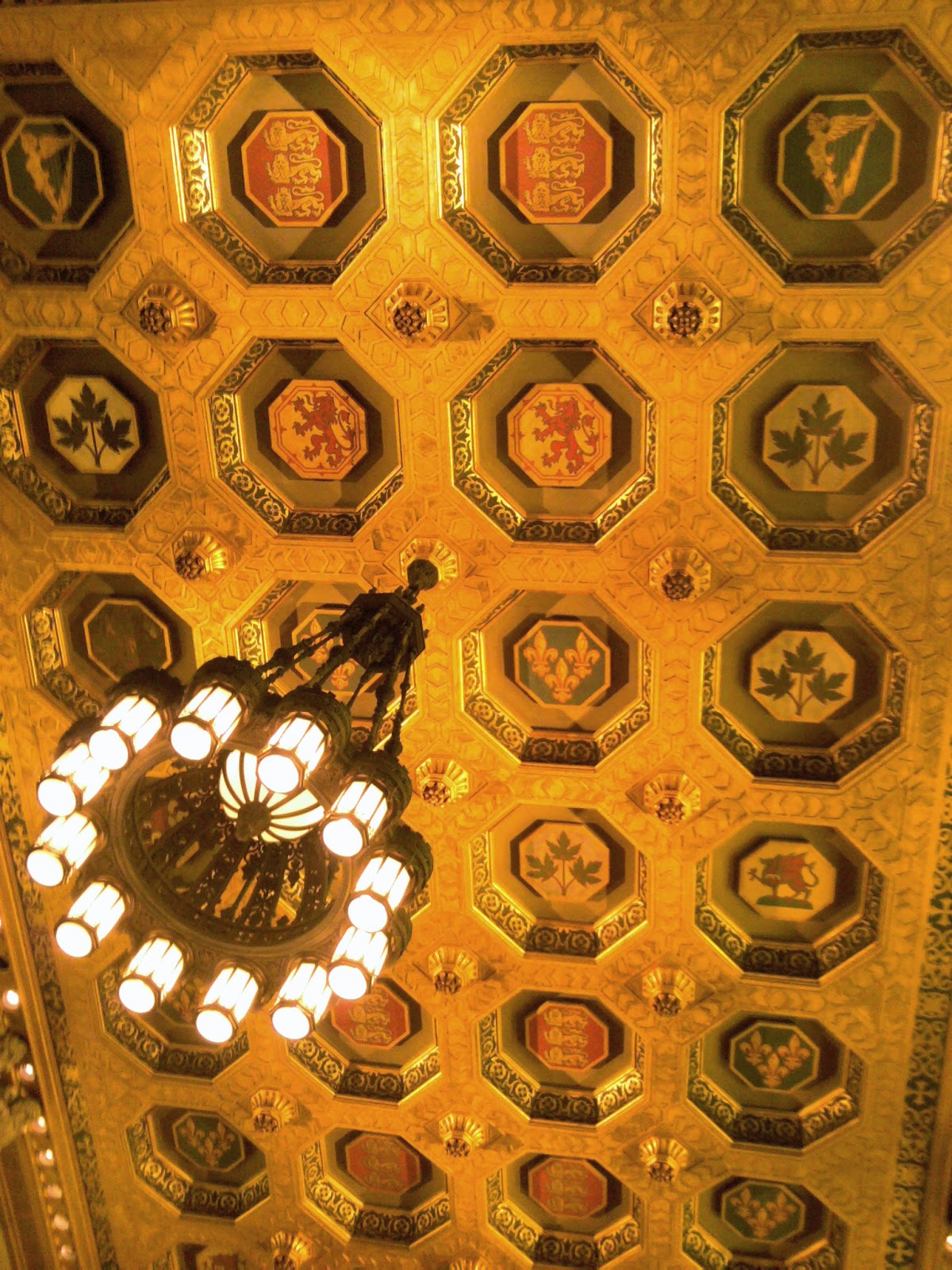