My Royal Flush Beats Your Four Of A Kind

It's been a long time since I've played poker.

Moving away from the Library, the tour took us through corridors towards the Senate. I liked the look of this corridor. 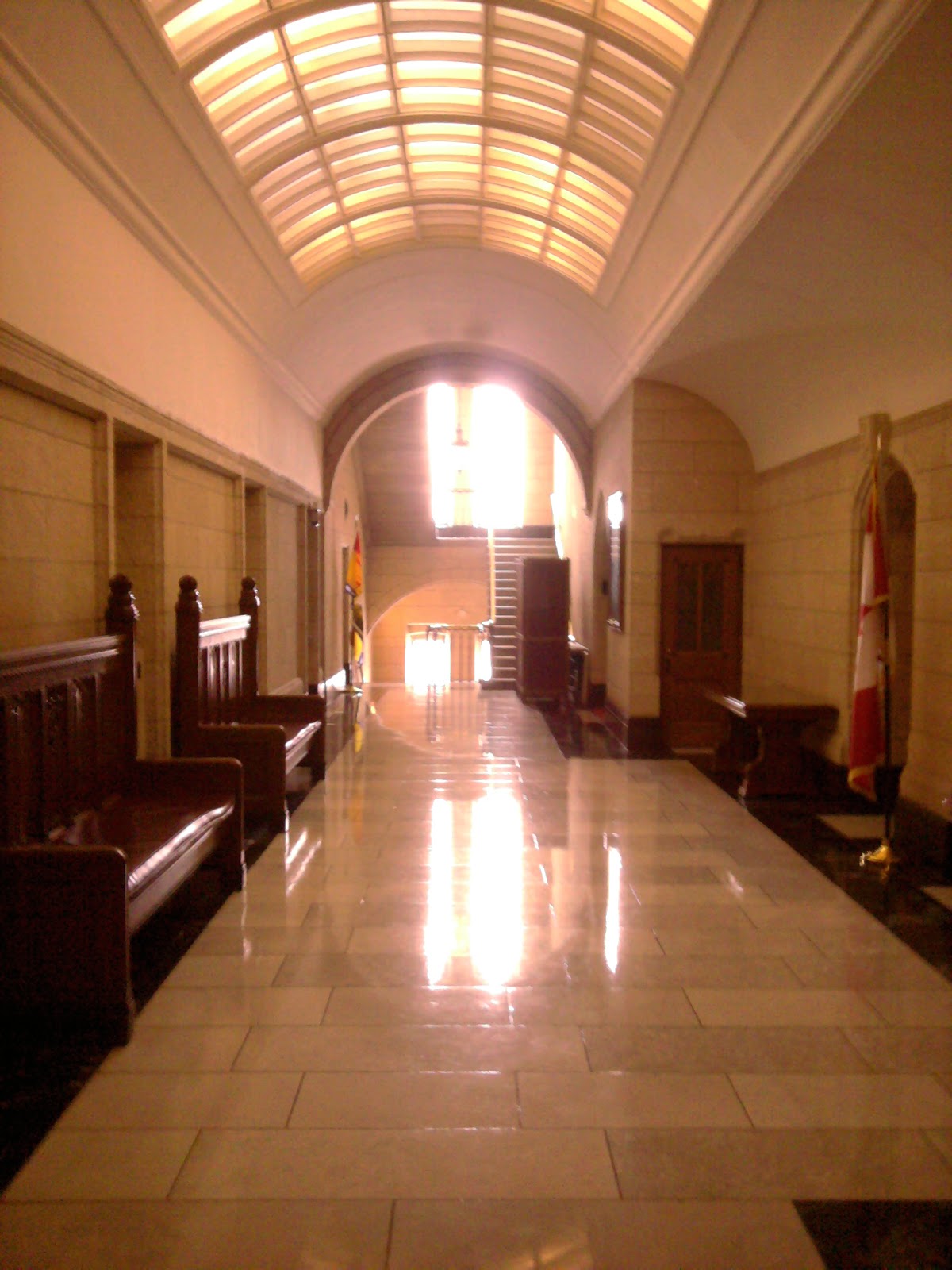 Not to mention this staircase. 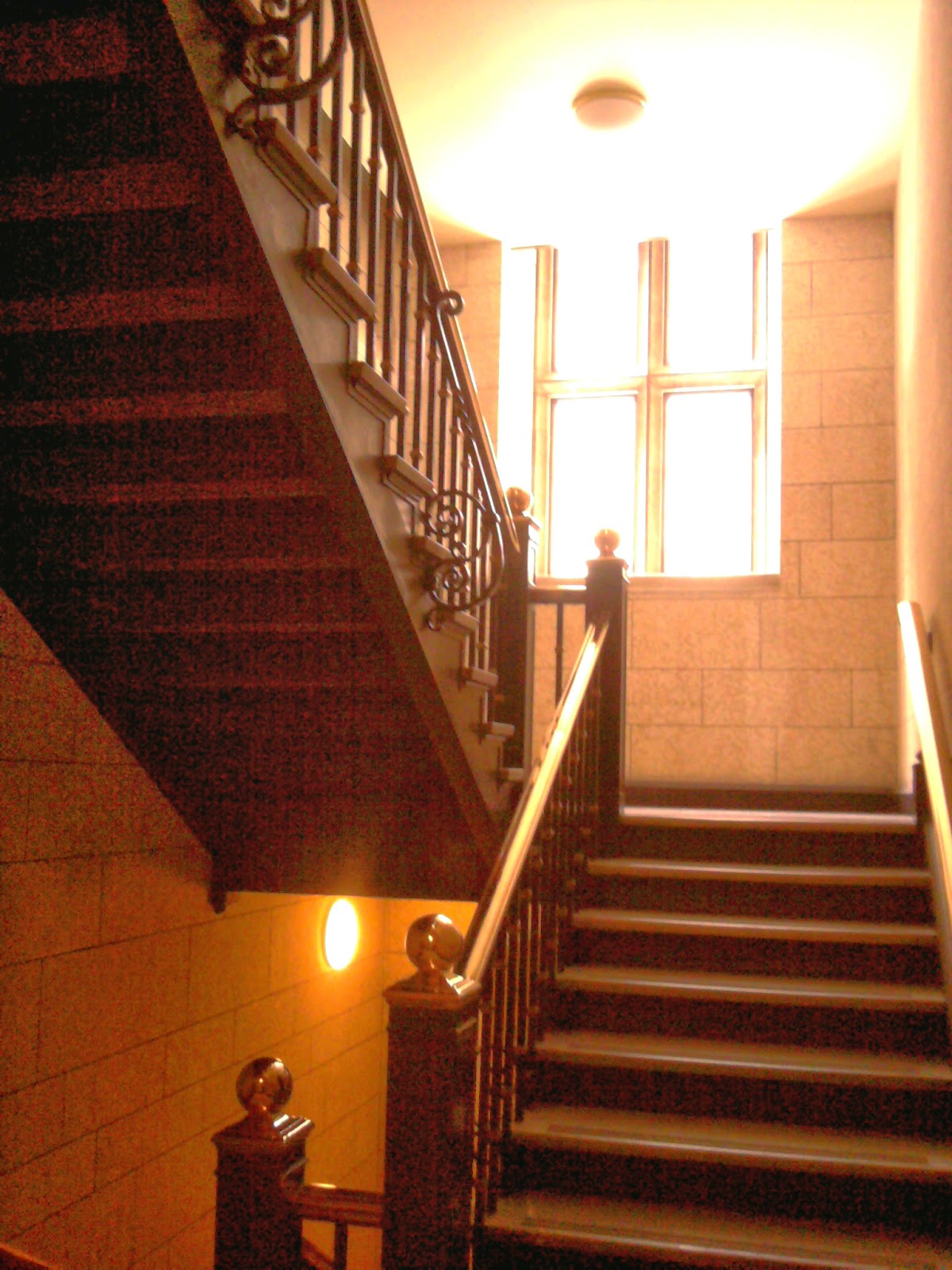 The foyer outside the Senate is circled with portraits of royalty, representing the kings and queens since Confederation. It starts with this portrait of Queen Victoria. The guide told us that if there would ever be another fire in the building, staff would remove this- it's that valuable. 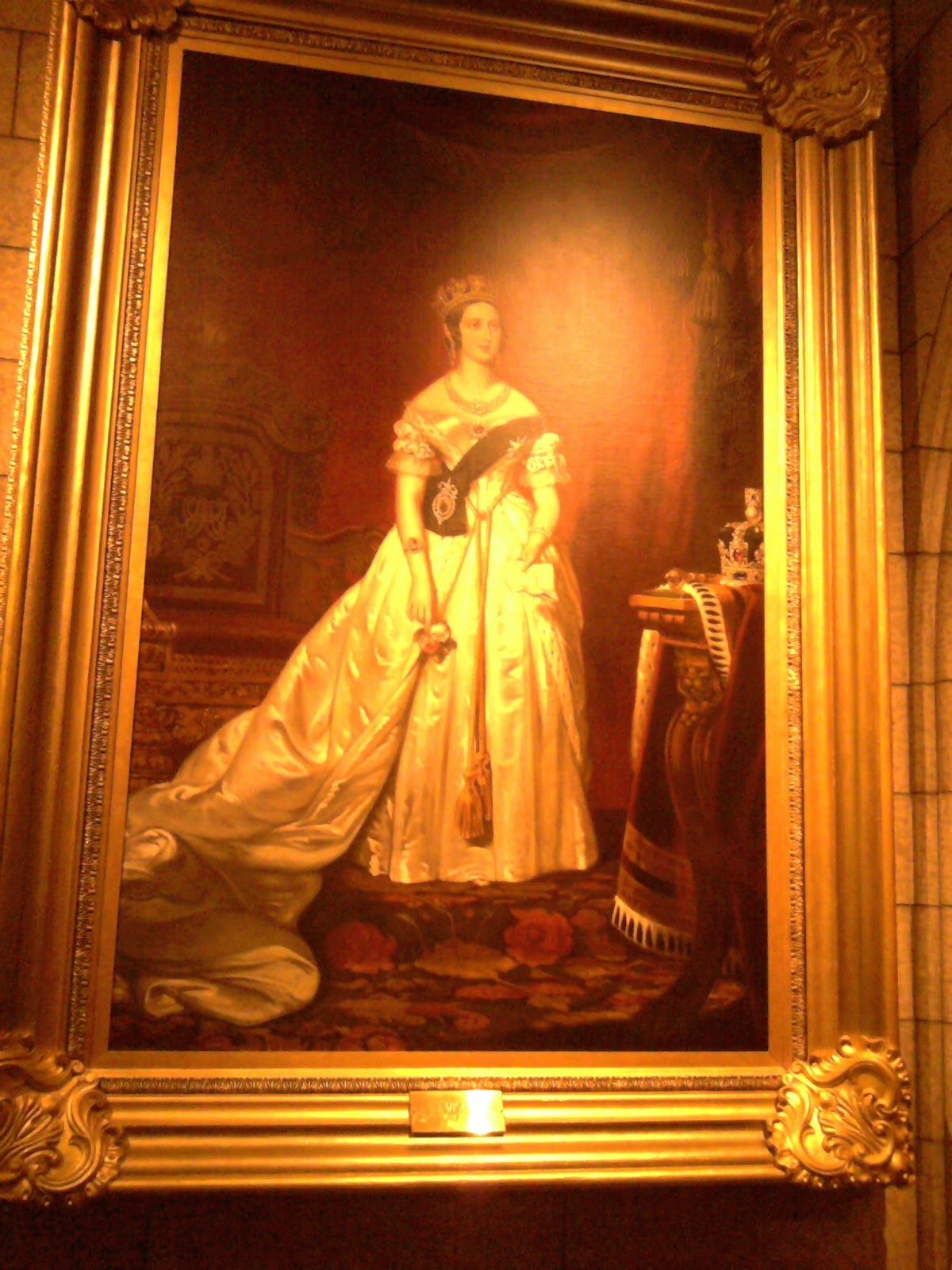 Followed by King Edward VII. Ah, if only I'd thought of getting the whole frame in... 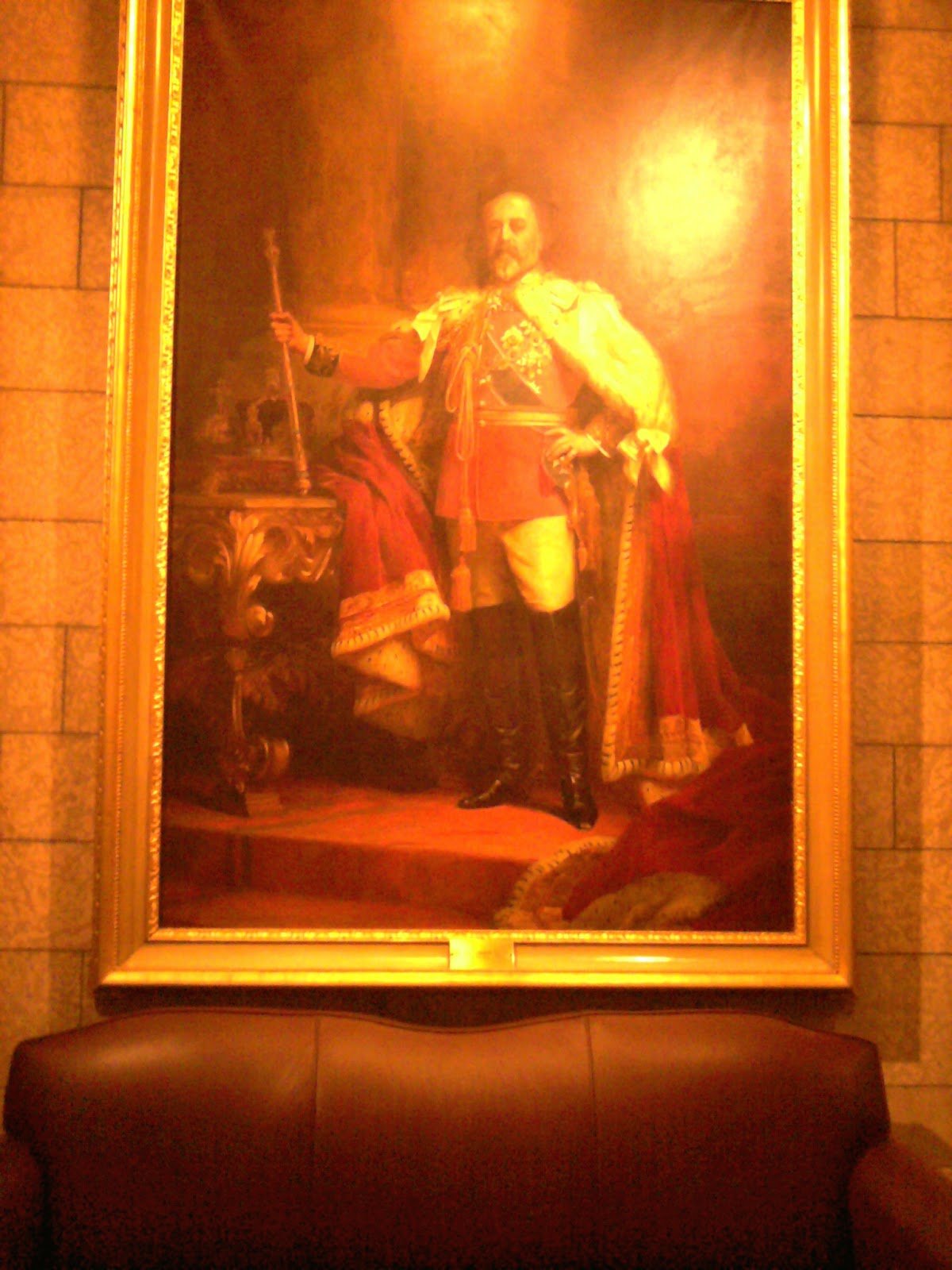 And King George V. If there was a portrait of Edward VIII, I didn't notice it, but given that he was king for such a short time before he ran off and married Mrs. Simpson, I doubt it. 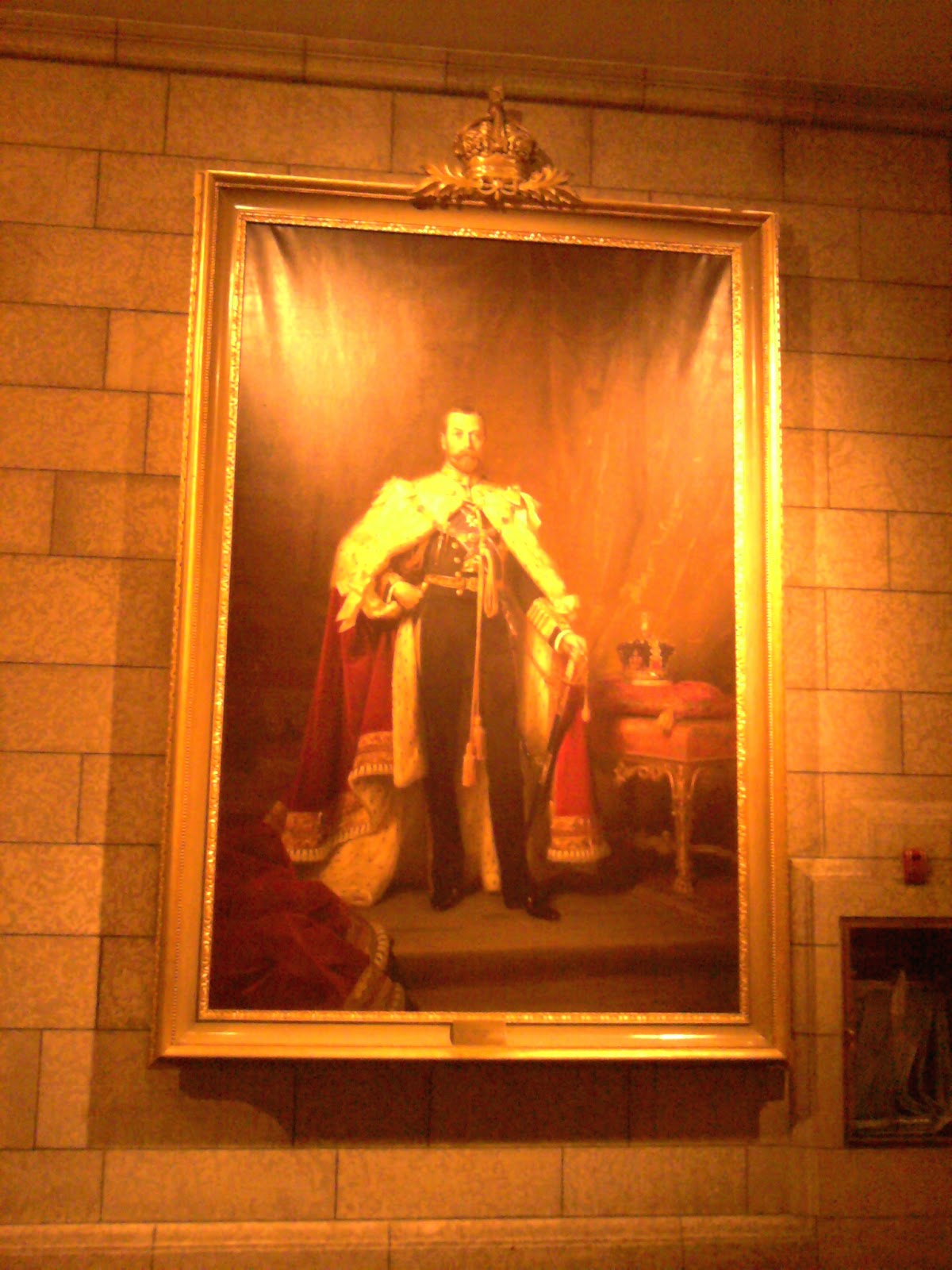 Across the foyer were portraits of King George VI and Queen Elizabeth II. 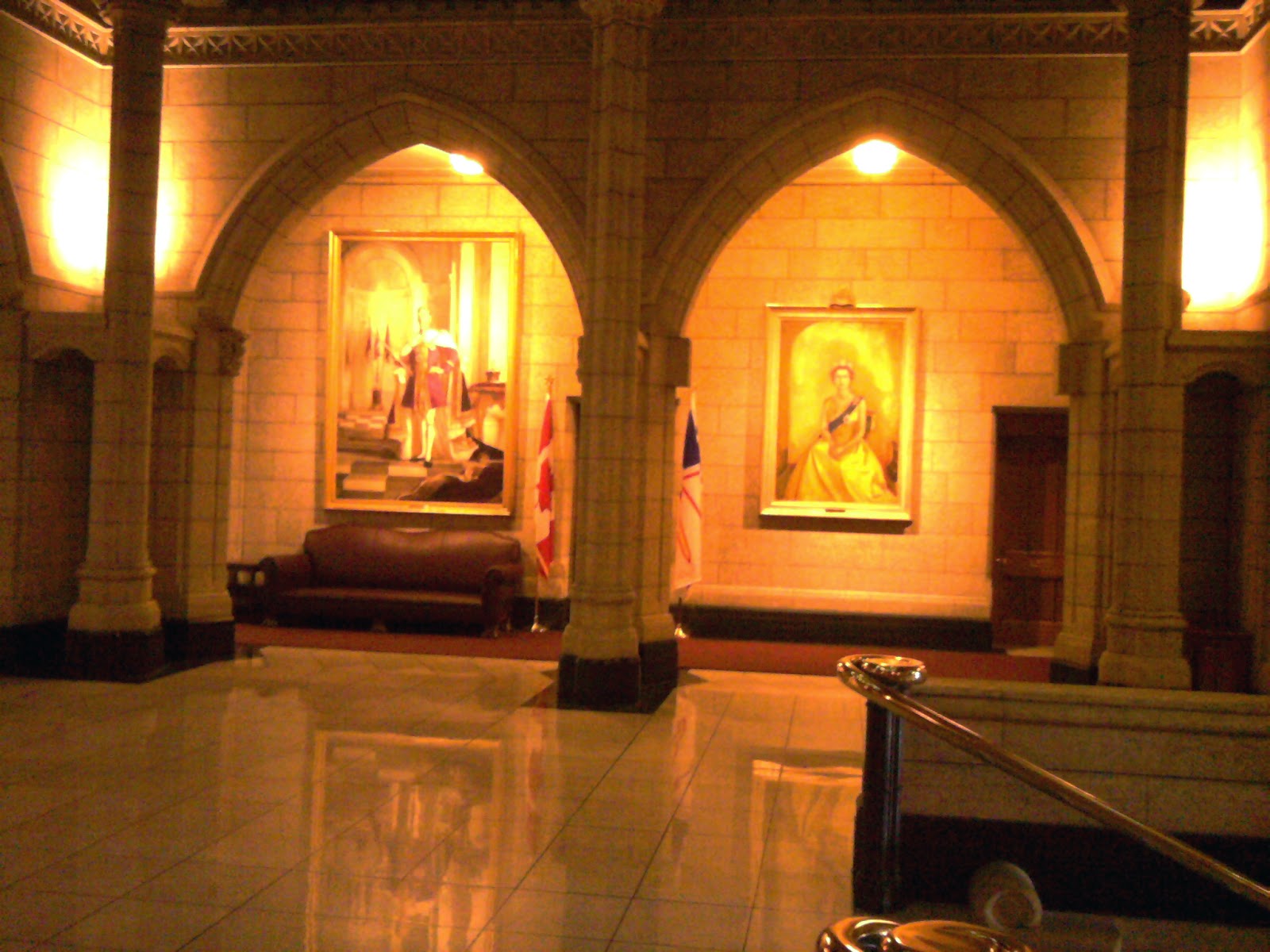 Another take on the subject shows the upper floor above their portraits. Tomorrow we'll be stepping inside the Senate. Fortunately Senator Duffy was not around. Only Canadians will understand that one.