Luxurious Furnishings And One Shadowy Gargoyle

Still in the Senate today. The senators are from the Conservative or Liberal parties (with the odd independent from time to time), as those have been the parties governing the country and appointing senators. Recently, however, the Liberal leader did something unexpected in an effort to depoliticize the Senate: he removed the status of Liberal senators as Liberals, so they're all independents now. Darth Harper was not amused. Granted, he never is. 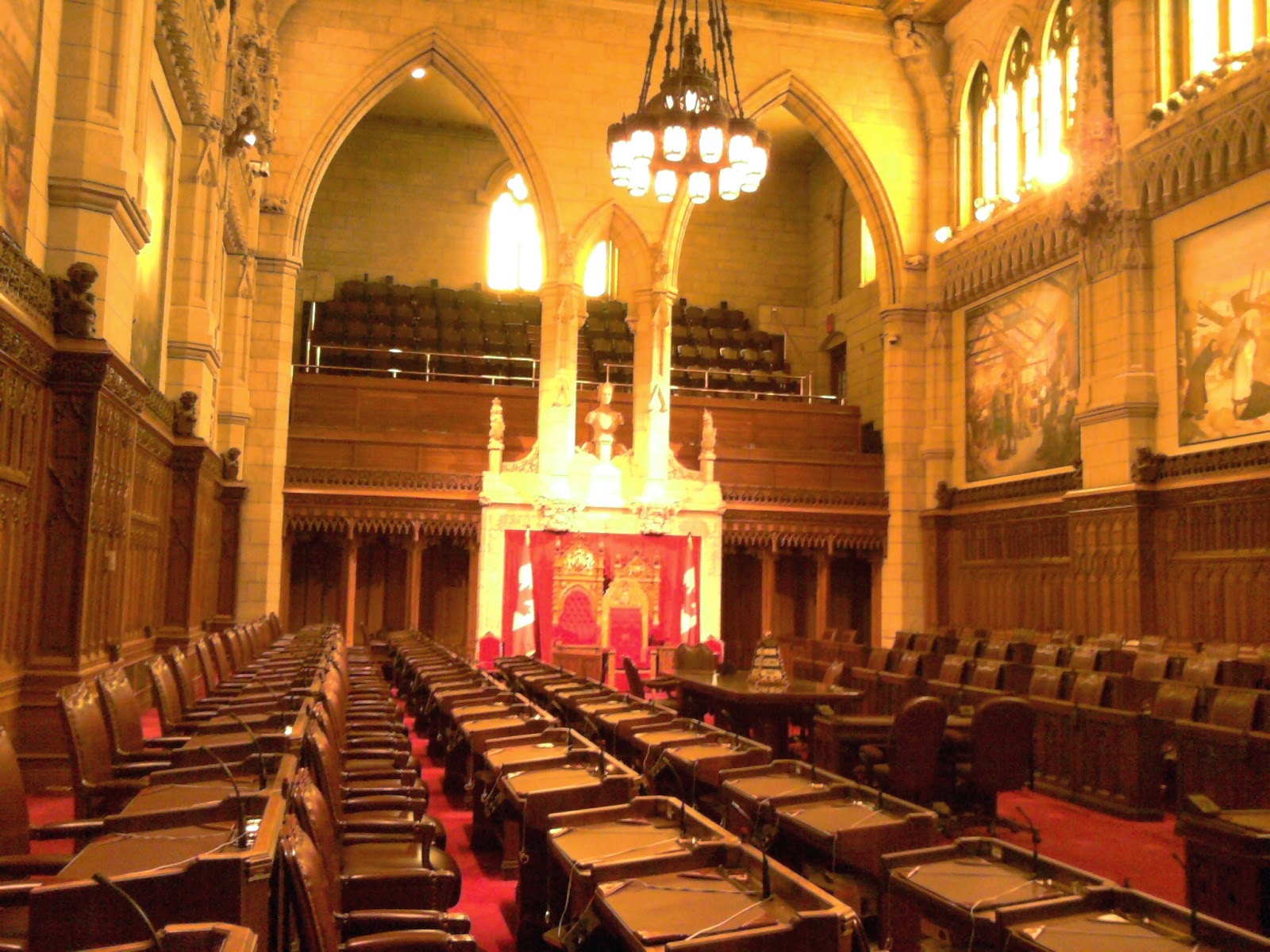 The desks in the central portion are used by clerks and staffers during sessions. 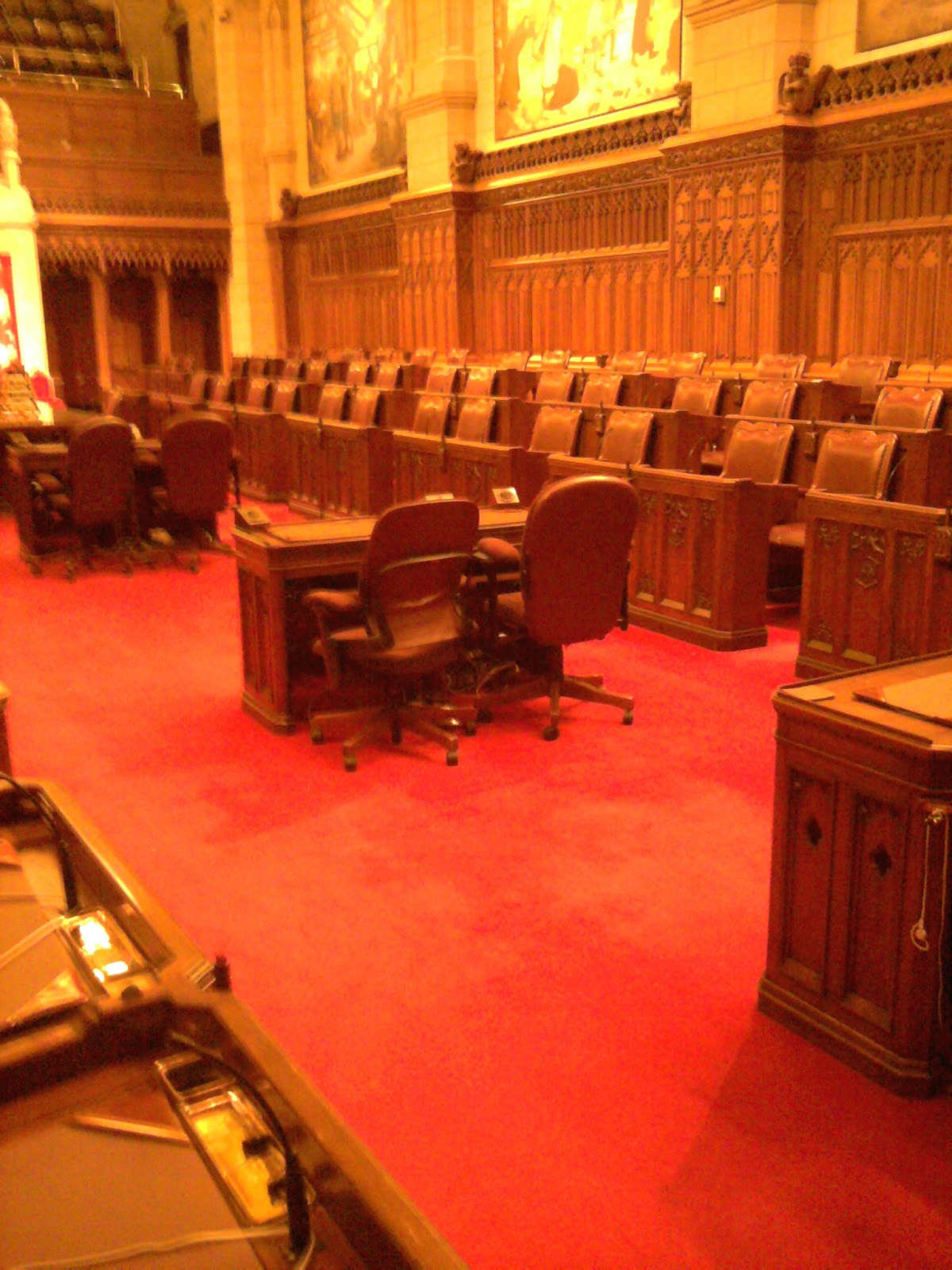 I want that desk. Do you suppose anyone would miss it? 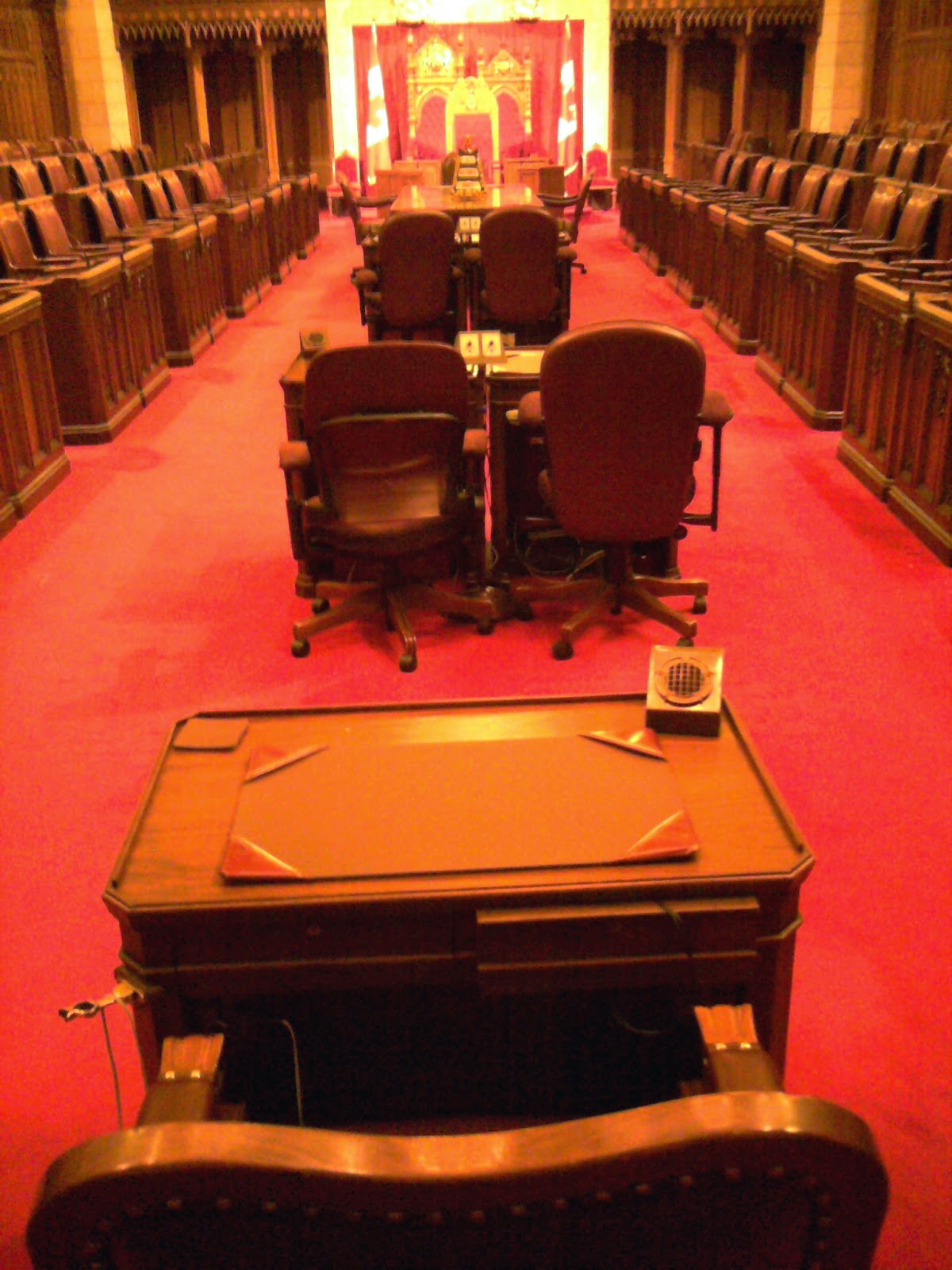 A good senator's chair would do nicely too, while we're at it. 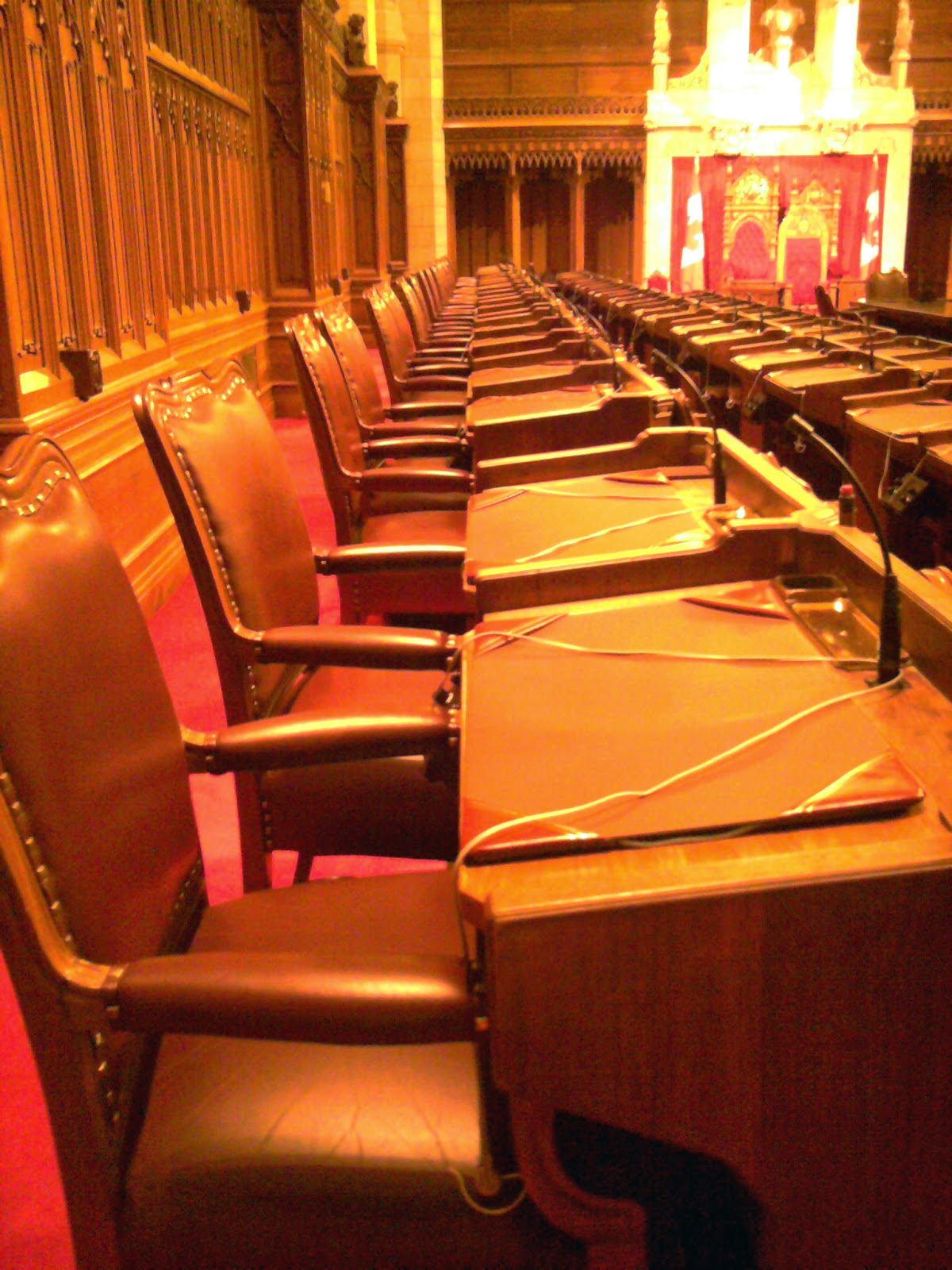 The woodworking in here is just as intricate as the woodwork elsewhere. This stands above the entrance. 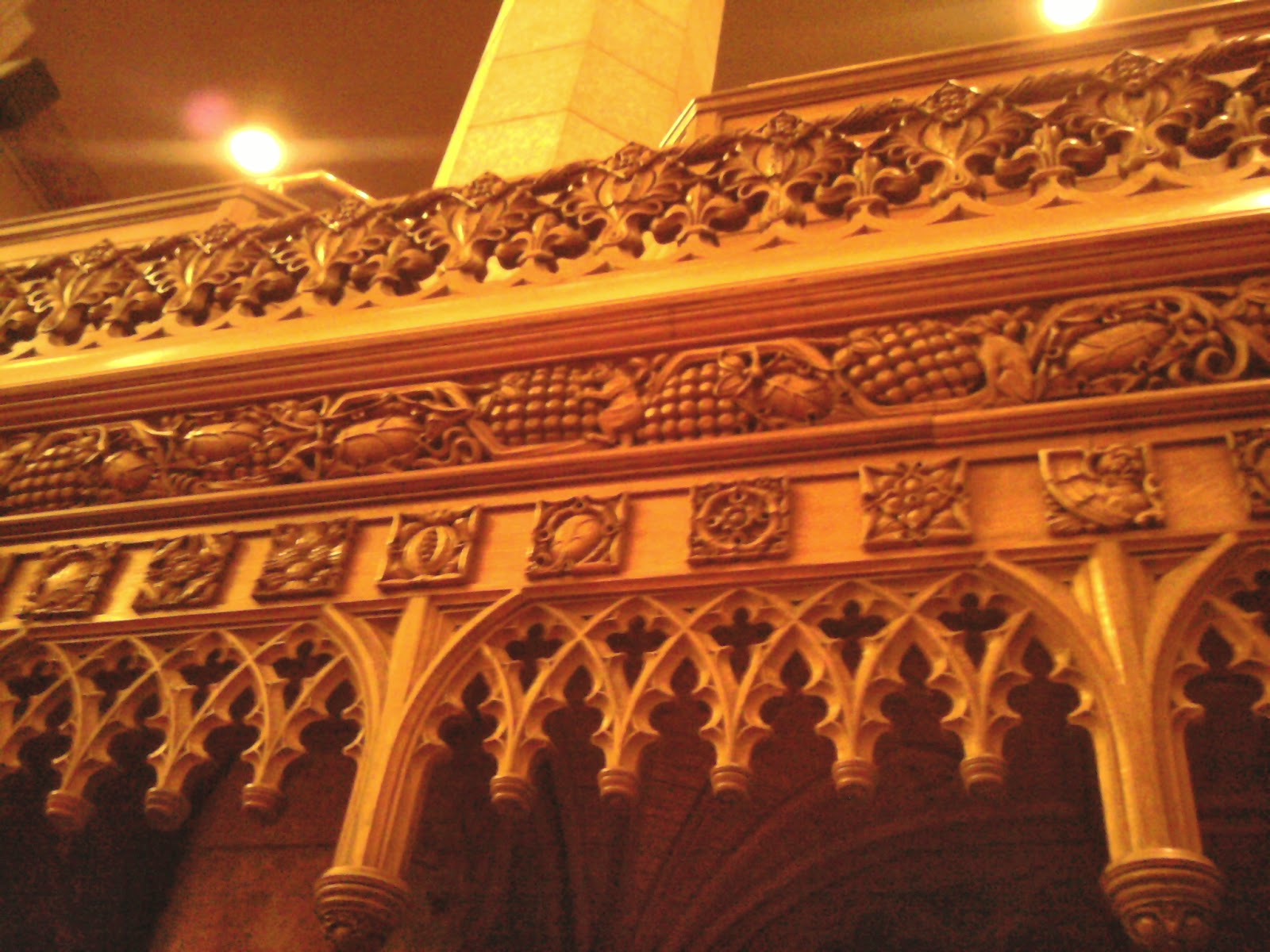 It includes a clock at the top. 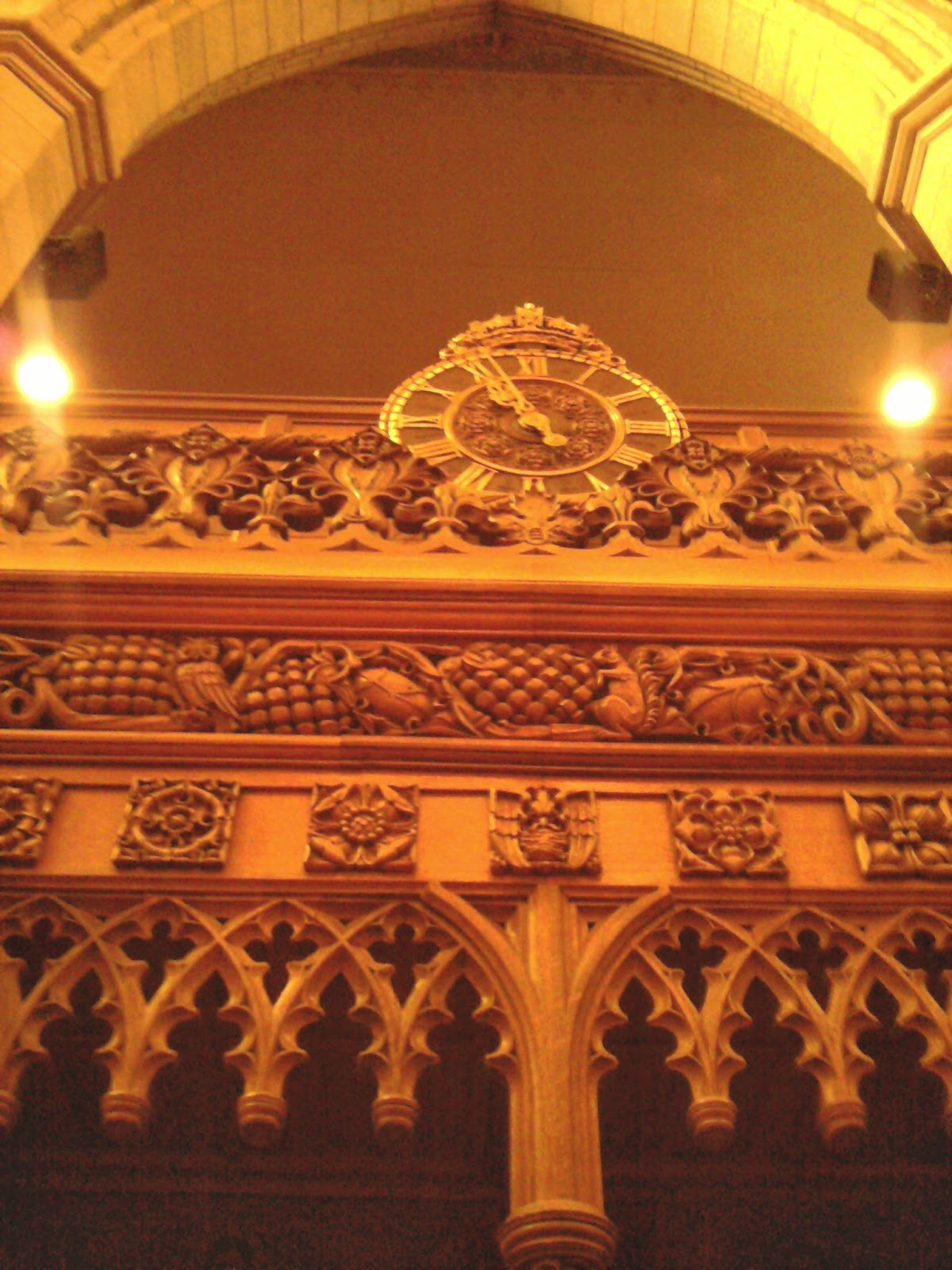 And in the shadows of the woodworking, a gargoyle is lurking. One wonders how many senators have passed beneath its gaze. 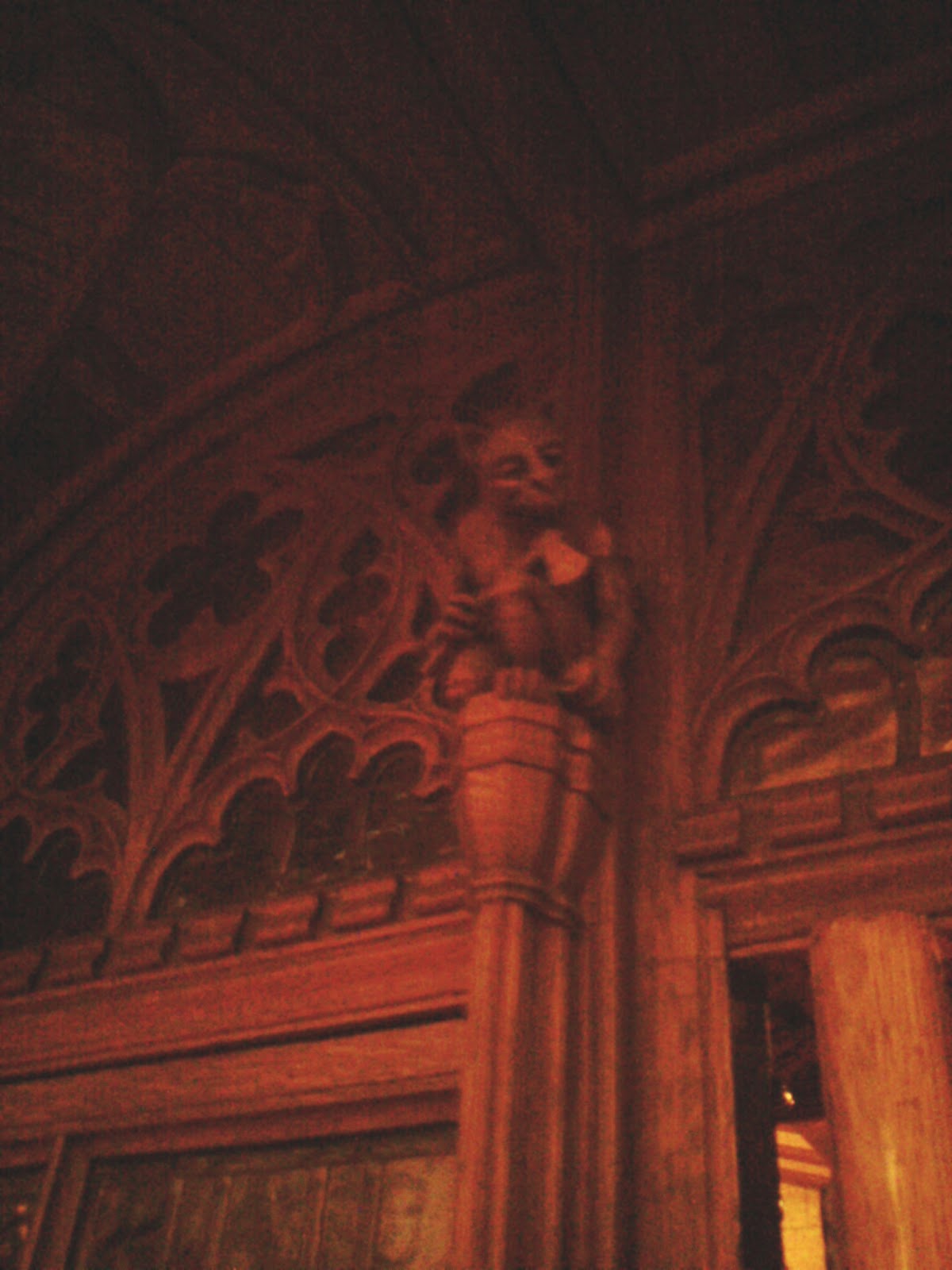