The portraits of former Prime Ministers continue down the corridor from the Commons towards Confederation Hall. Two portraits are below, depicting John Diefenbaker and Pierre Trudeau. 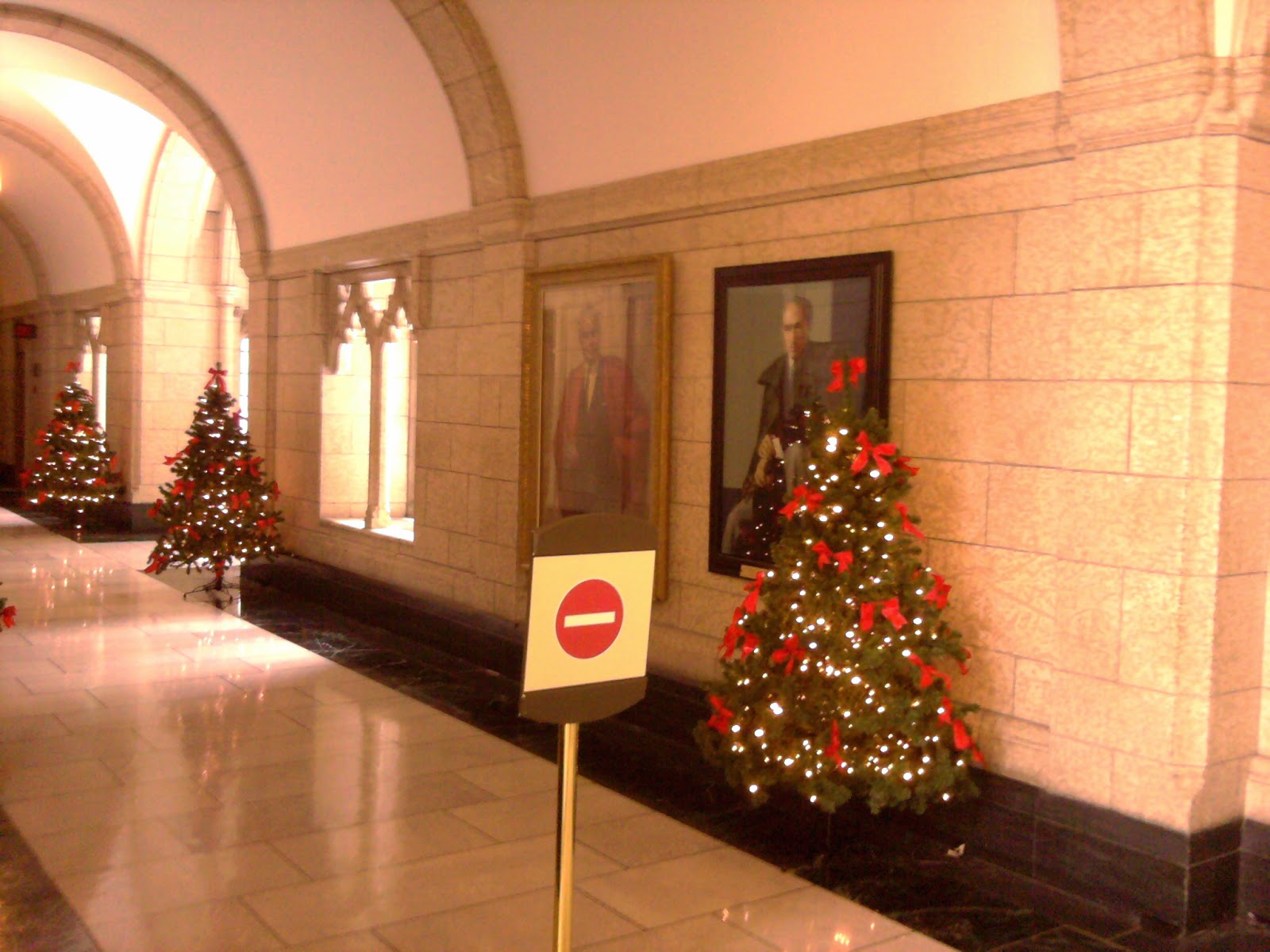 This one is Kim Campbell, who was PM for what felt like five minutes in the early nineties. The government at the time this was unveiled could have gone with the other portrait of Kim, but that one might have shocked the Sisters Of Little Or No Mercy. 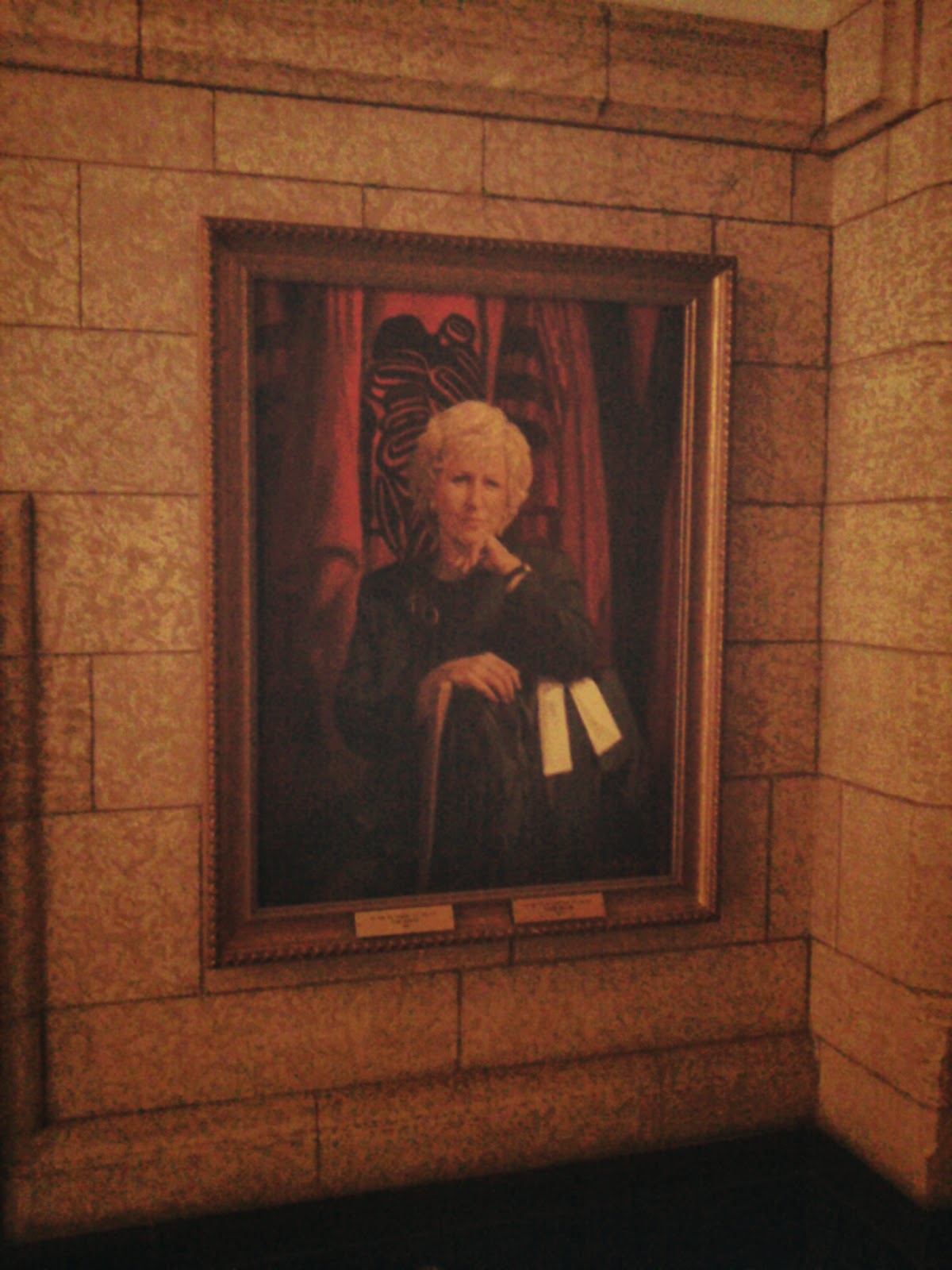 And Brian Mulroney is across the hall from Kim, as always armed with a smug look. The man used it so often that he could have patented the Mulroney Smirk. 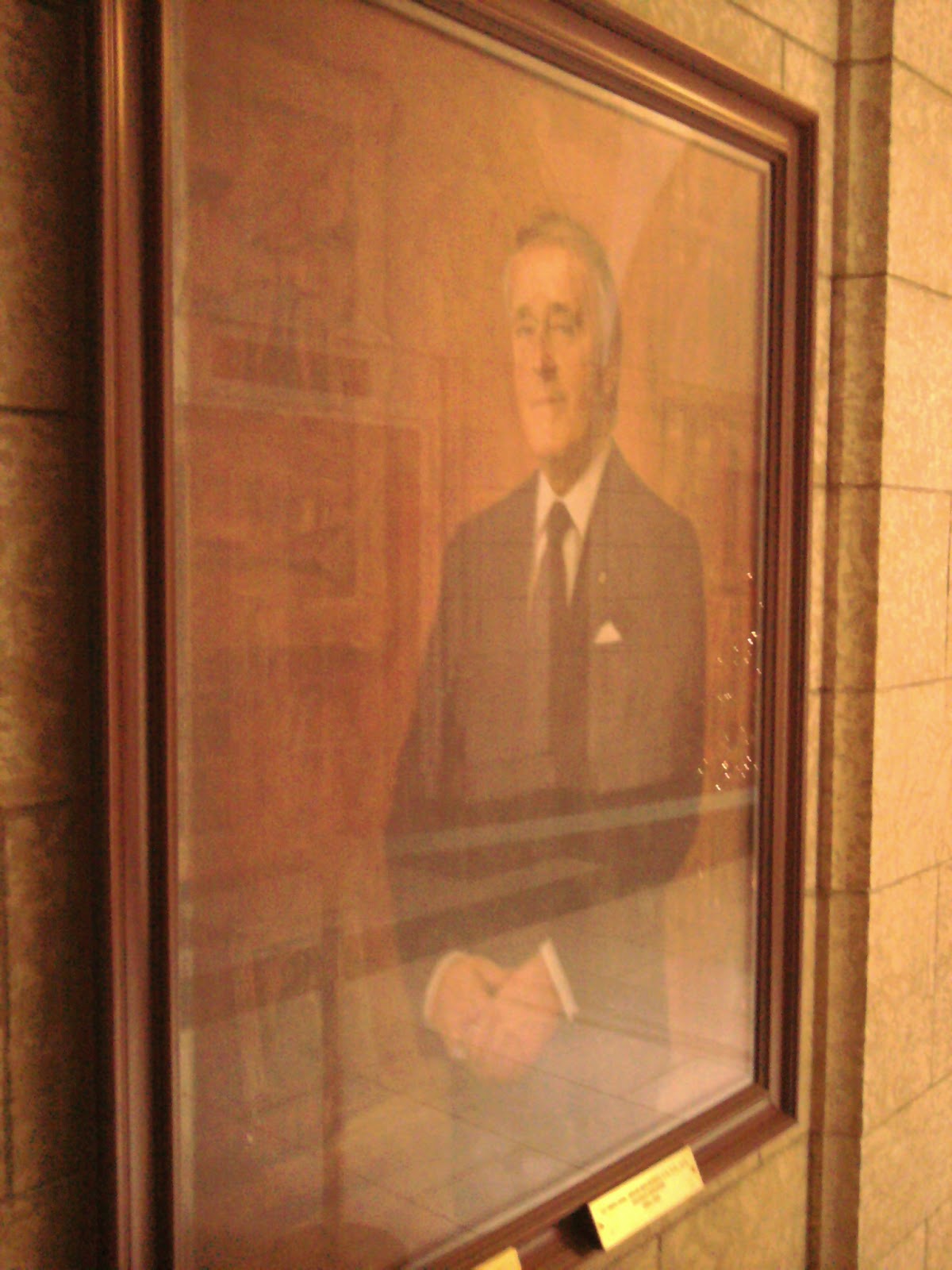 Before moving on, I'll just show some shots from around Confederation Hall. These windows are down towards the main entrance into Centre Block. While these carvings are on pillars at the edge of Confederation Hall. 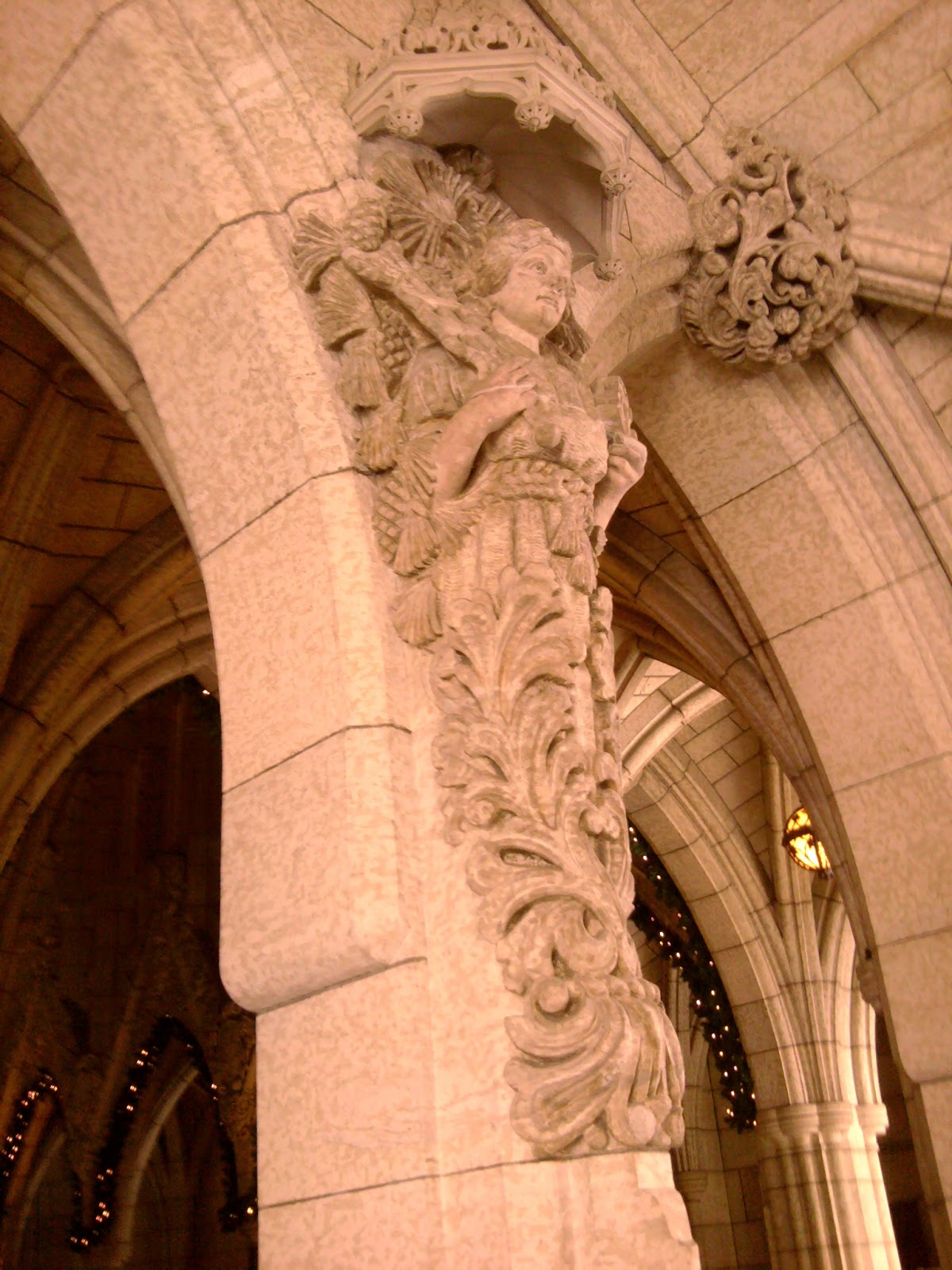 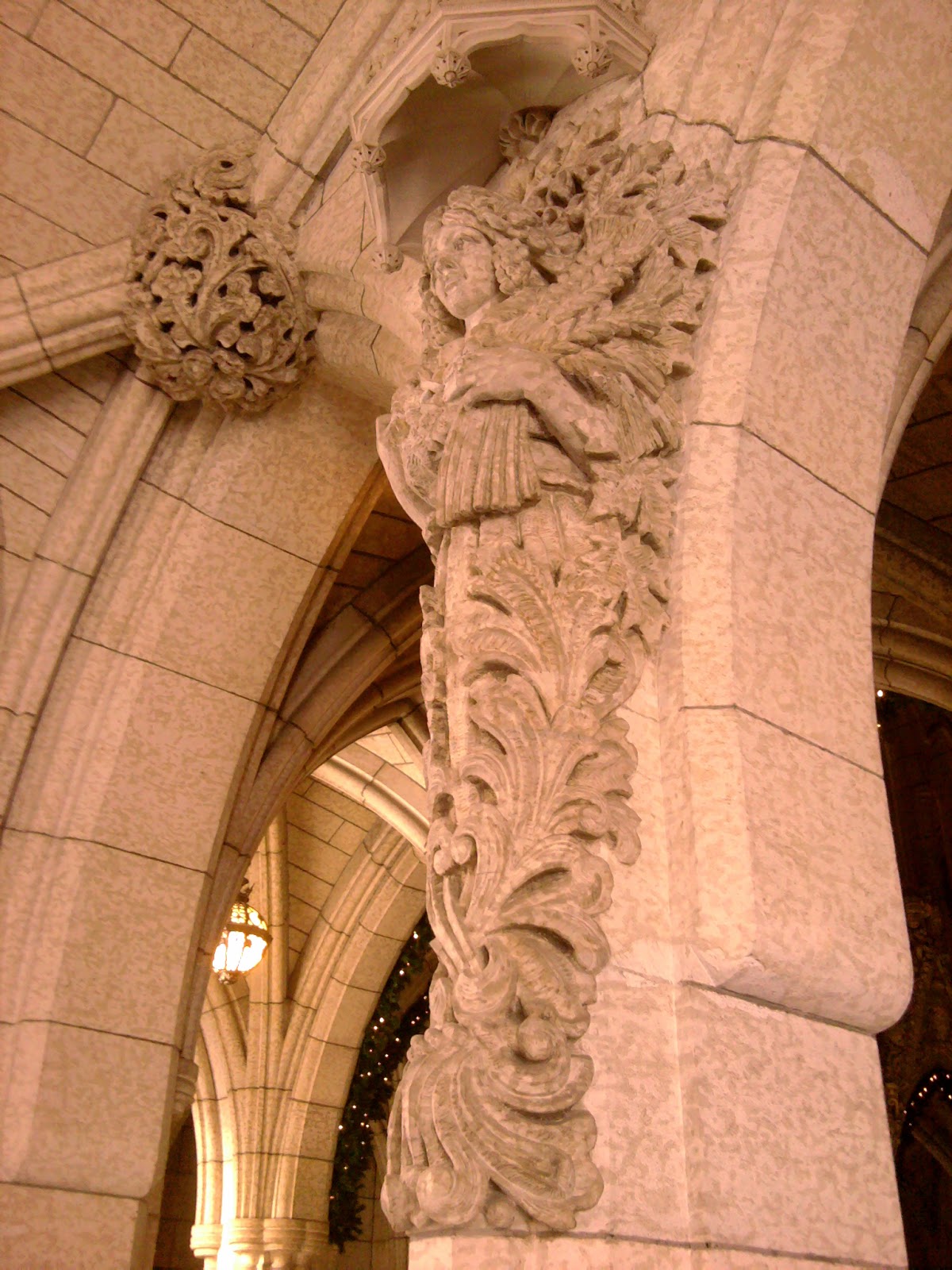