I still happened to have some shots from my trip down to southern Ontario in December and January; I thought I'd spend the remainder of the month getting those out of the way before moving onto other things. Yes, it's odd seeing snow for many of you this time of year, but I'm stretching it out as long as I can, hoping we see snow again in September. August if we're lucky. July if we're really lucky.

These two shots are in the same courtyard near the Royal Ontario Museum; they are buildings on the campus of the University of Toronto. 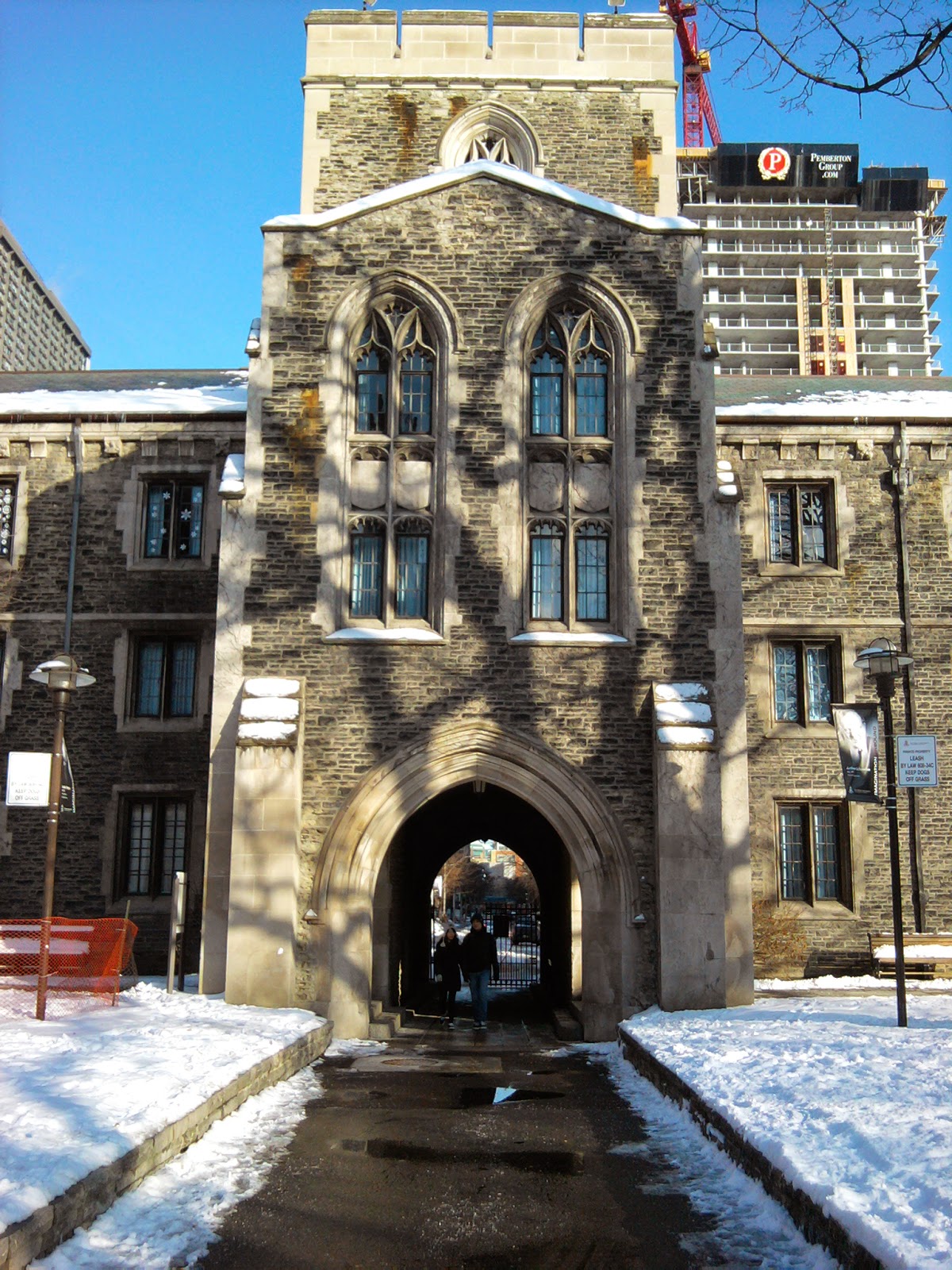 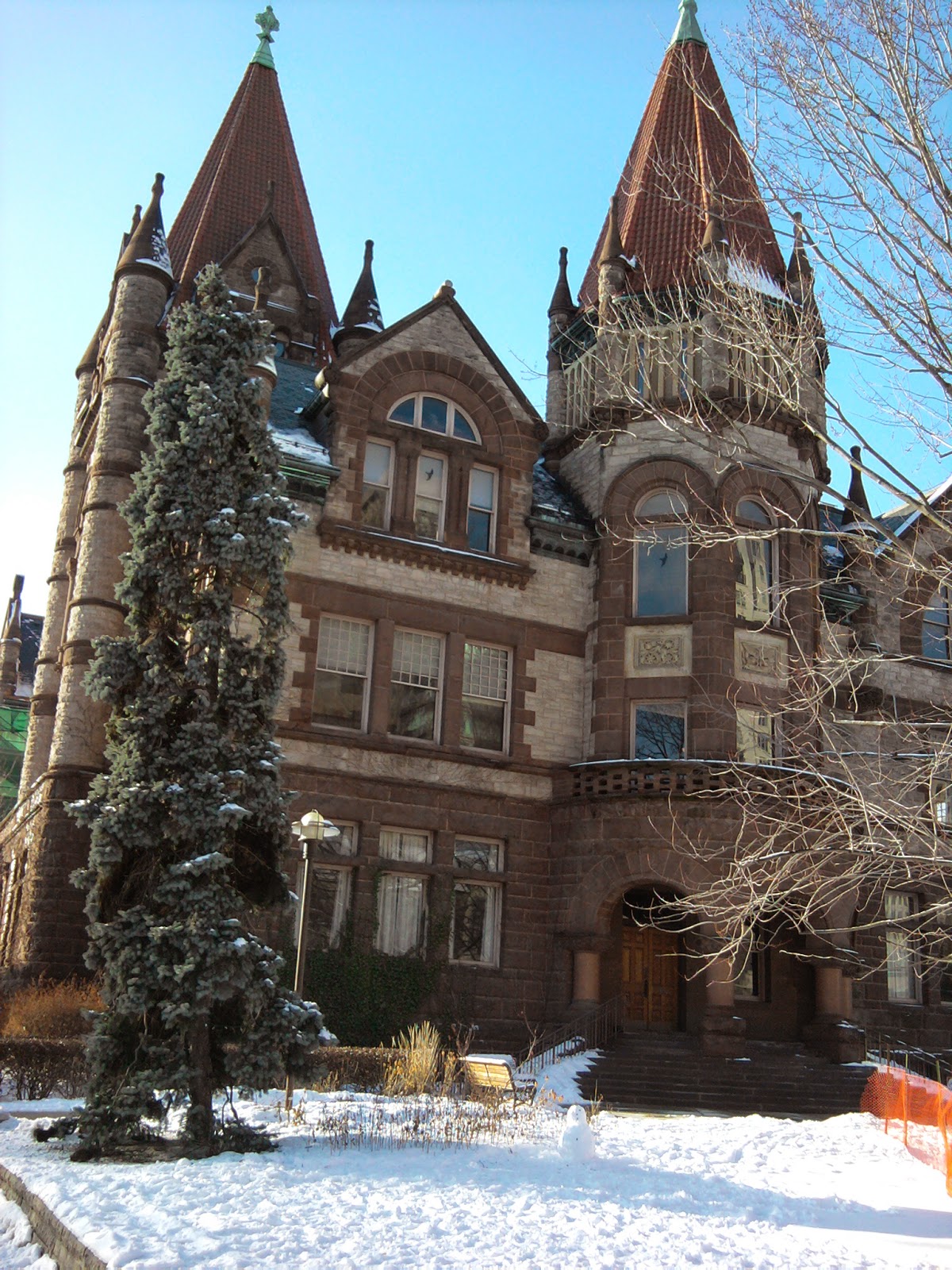 This is the skating rink at Nathan Phillips Square, in front of City Hall. Skaters were on it in late December when I took this shot. The dramatic looking building beyond it is the Old City Hall, now used for court purposes. Rumour has it, it's haunted. 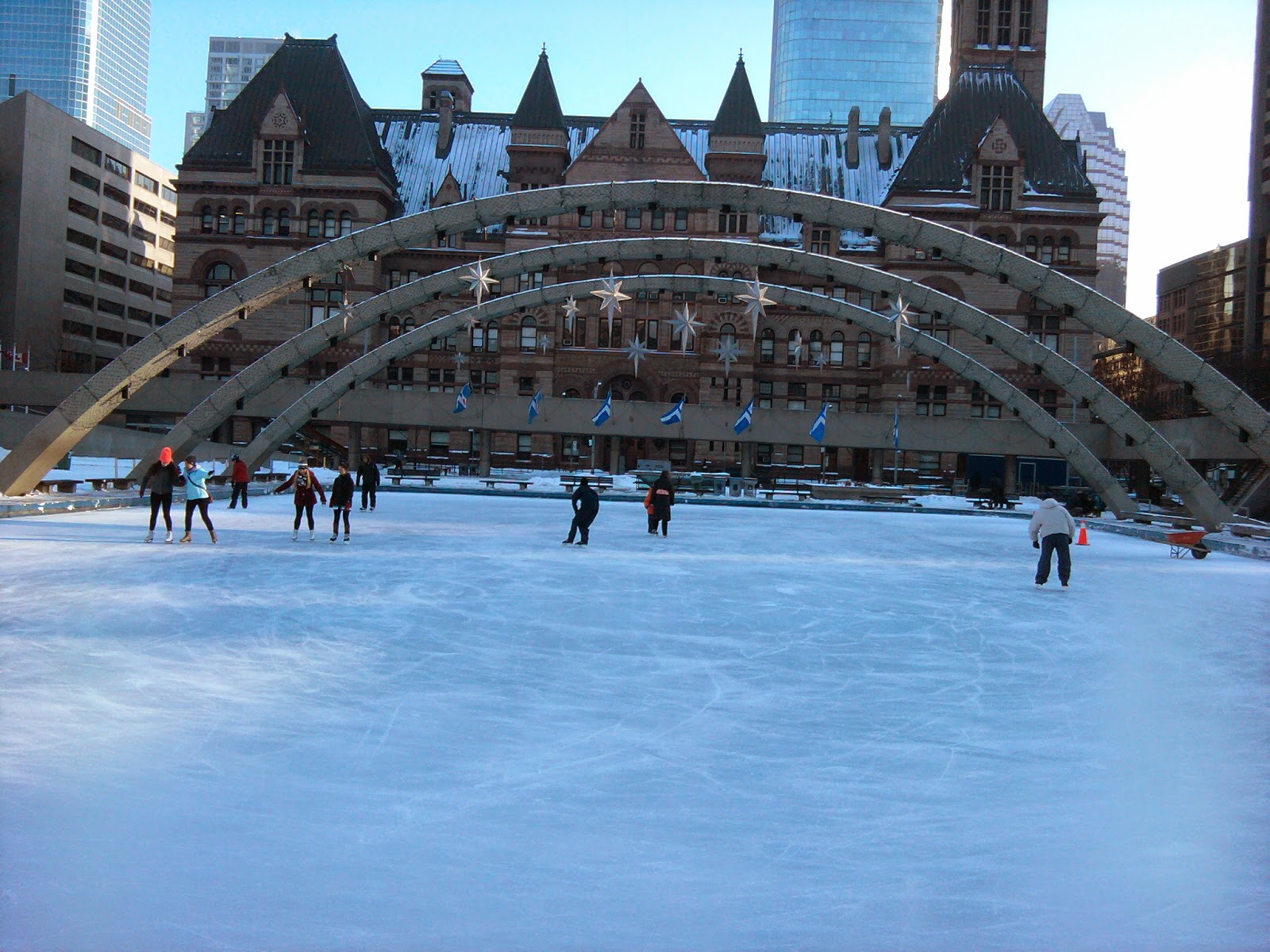