Moving into the museum's permanent collection today, we start with this fishing boat, the Nishga Girl, a fishing boat with ties to the Japanese-Canadian community. It was part of a fleet of fishing boats on the coast in British Columbia, donated to the museum for display. Last year there was a bit of a dustup when the government suggested sending it back to the West Coast (one of those we're changing the mandate of this museum just because we feel like it maneuvers), but there was enough of an uproar at the time that the decision was changed. At the moment, it's away from where it was displayed in Canada Hall. It's down on the first floor in a corridor on temporary display, near where the First Nations galleries are located. 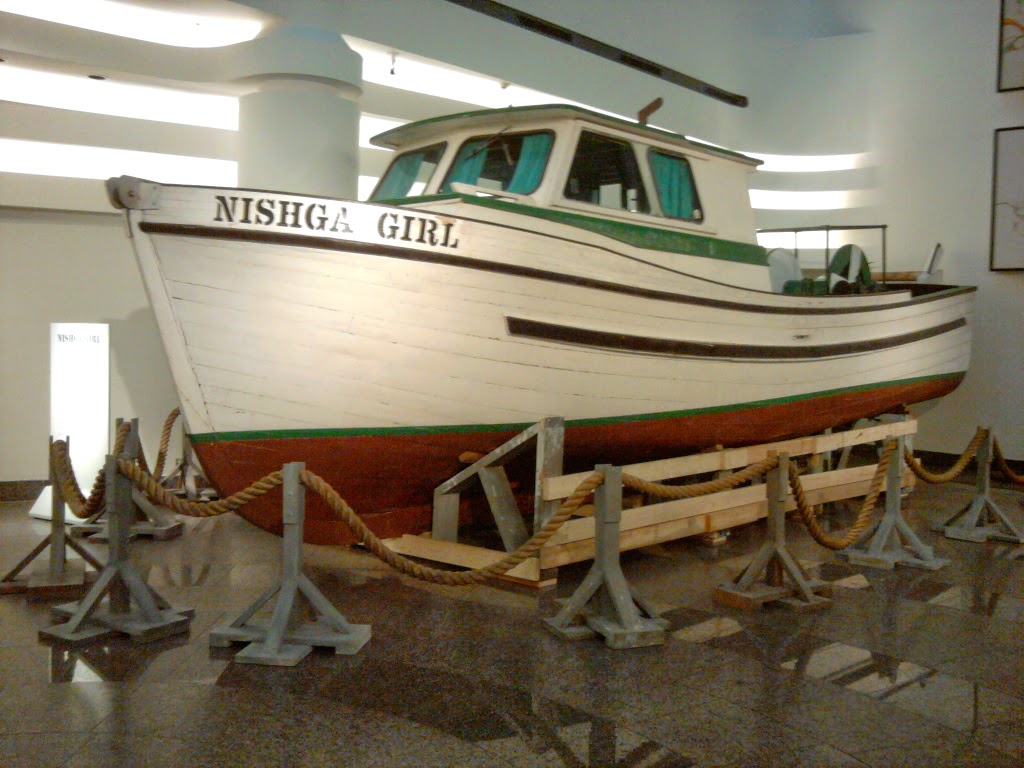 This mural is by the Odawa- Potowatomi artist Daphne Odjig. 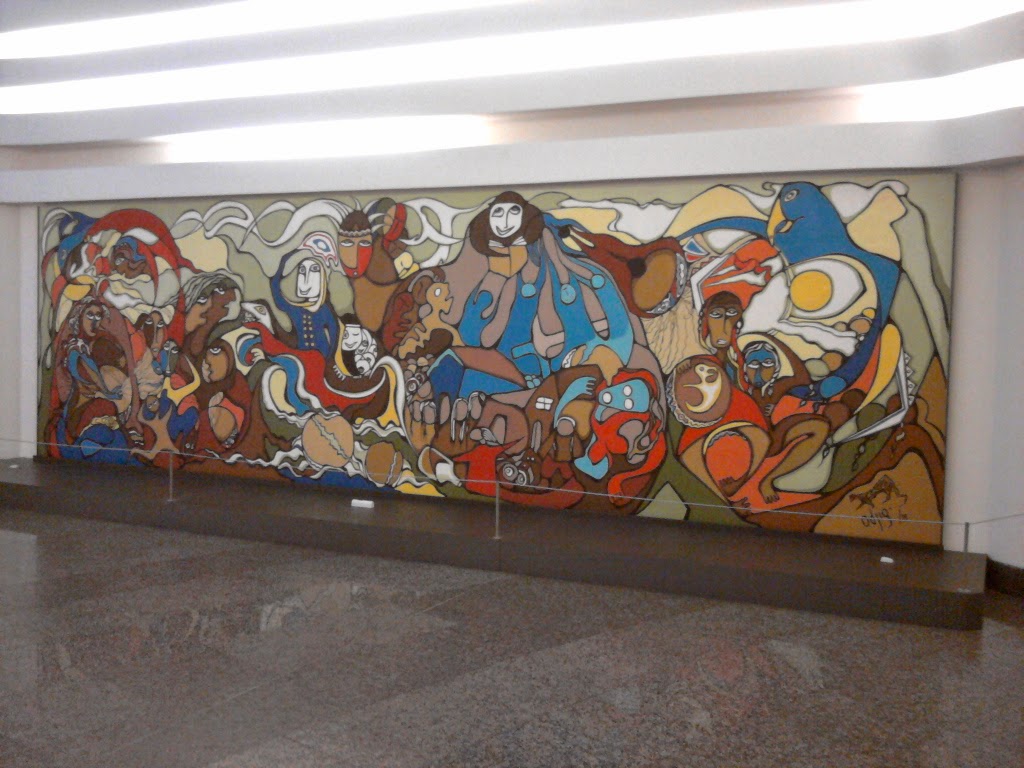 And this is a mural by Norval Morrisseau, an Anishinaabe artist. 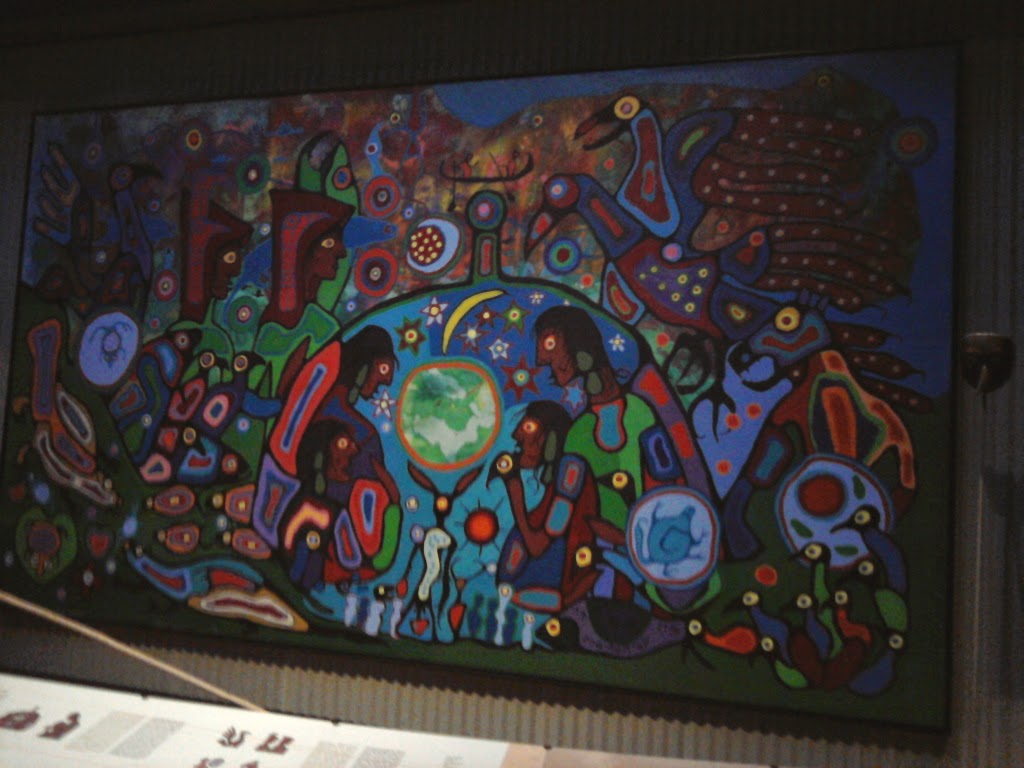 The First Nations galleries take us on a general direction towards the Grand Hall (my mistake for earlier referencing it as the Great Hall), exploring various tribes from different parts of the country and their world. This display features the skulls of two bison, the larger one of which was long extinct before Europeans ever touched the North American continent. 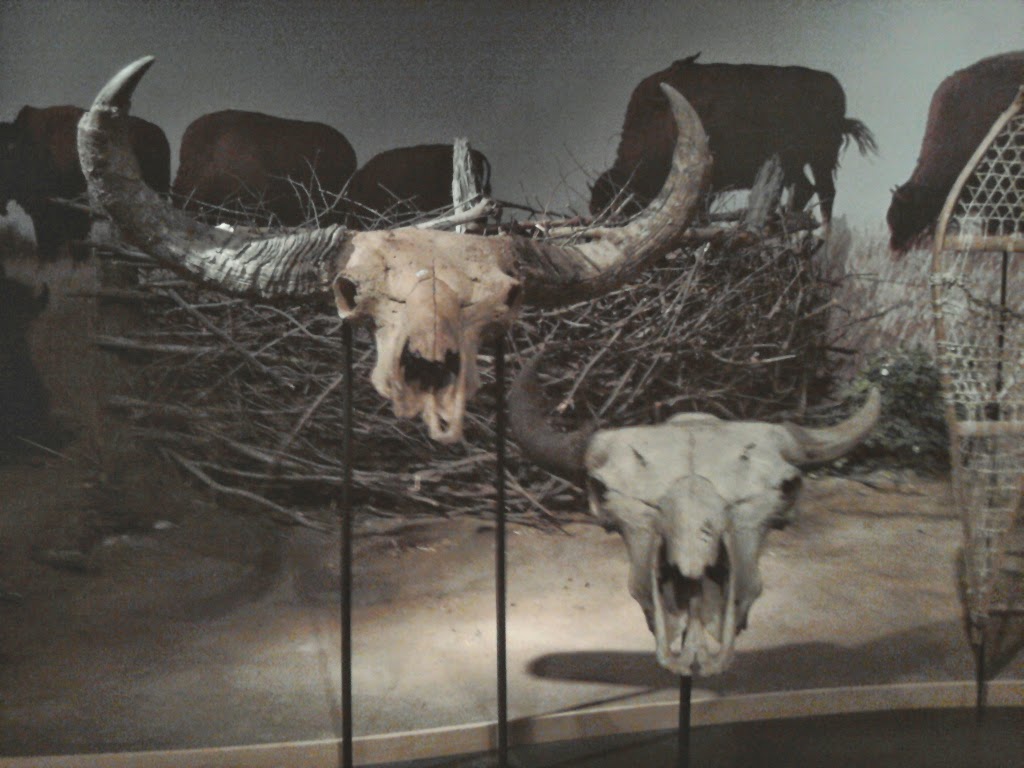 And this traditional First Nations dress is close by. 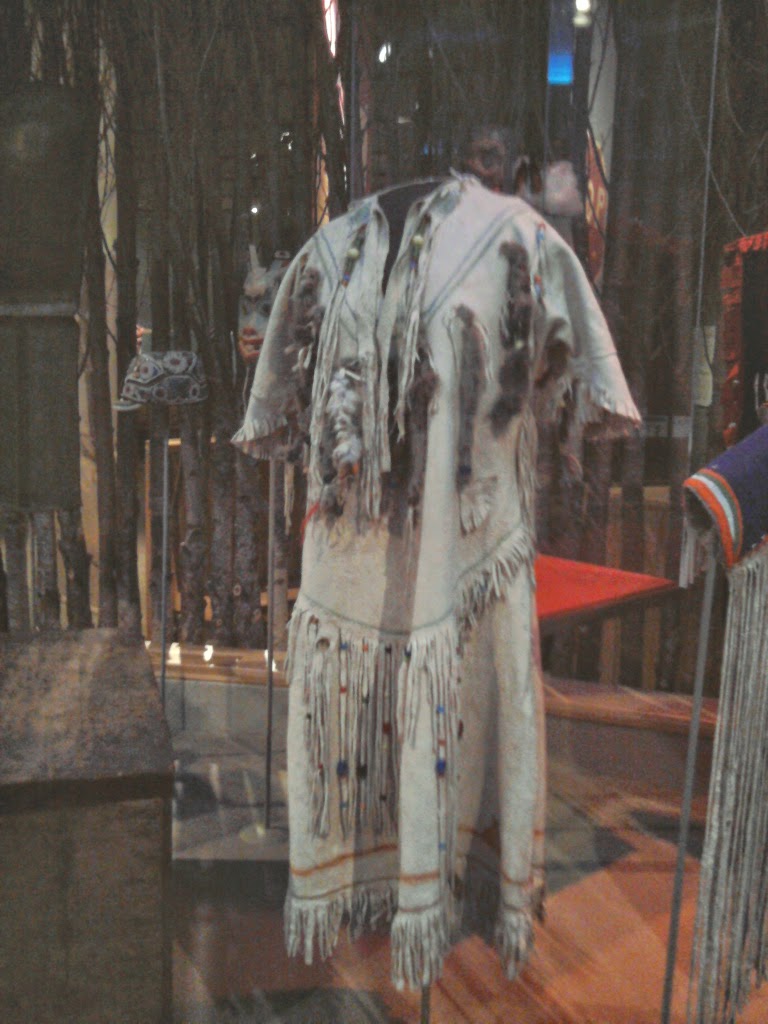 Another display gives us these artifacts. 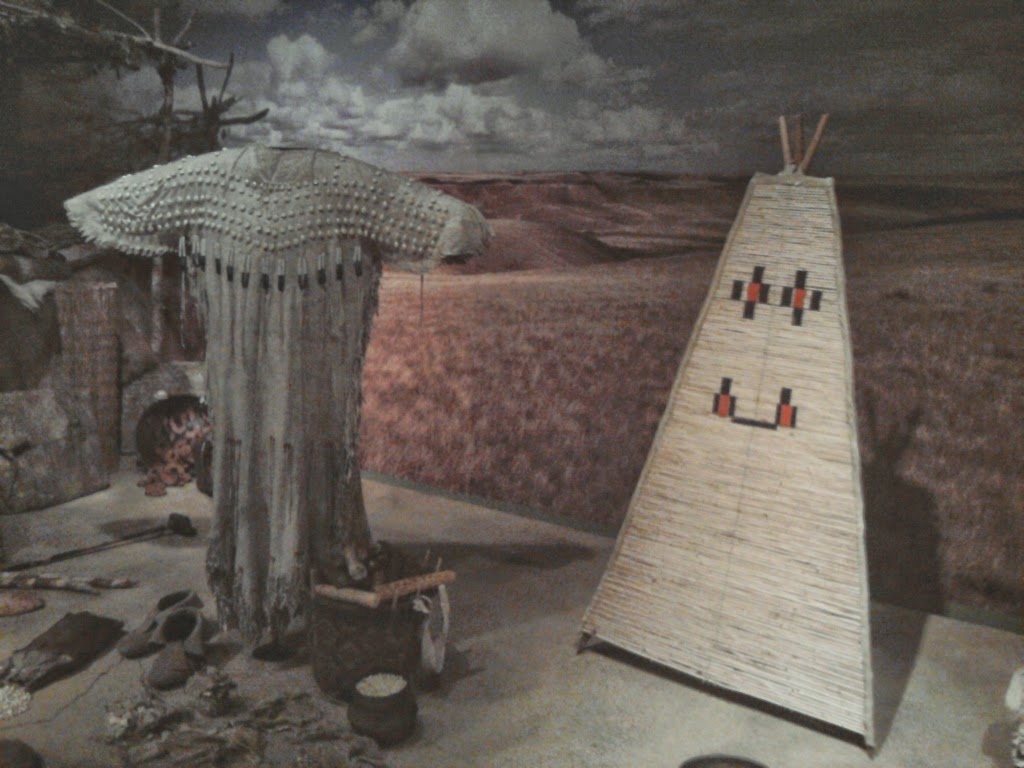