Geese Within The Mall

In the Eaton Centre downtown in Toronto, a flock of Canada Geese have been suspended for many years above the various levels of the mall. 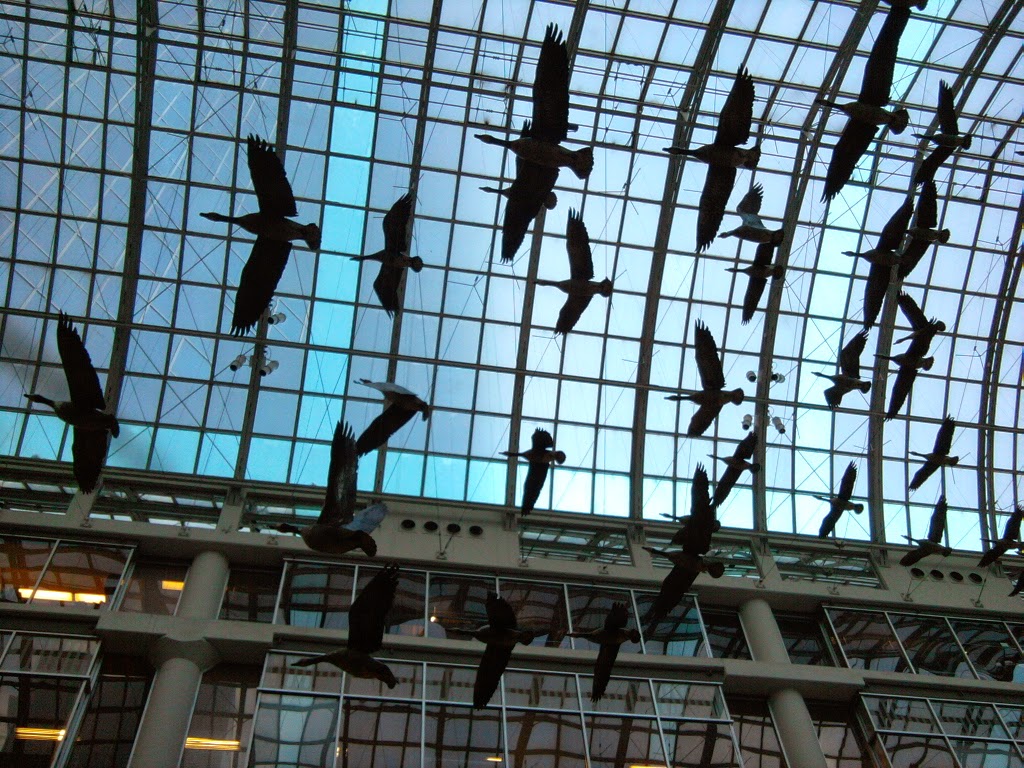 These are fibreglass sculptures by the artist Michael Snow, collectively called Flight Stop. 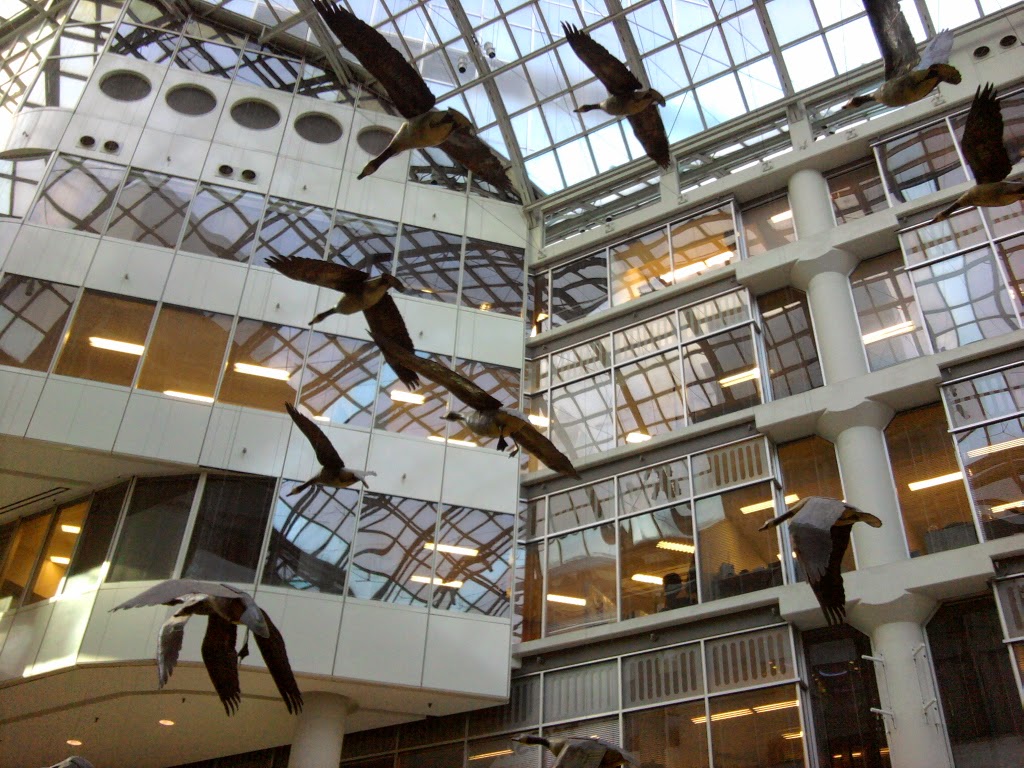 The geese are life sized. 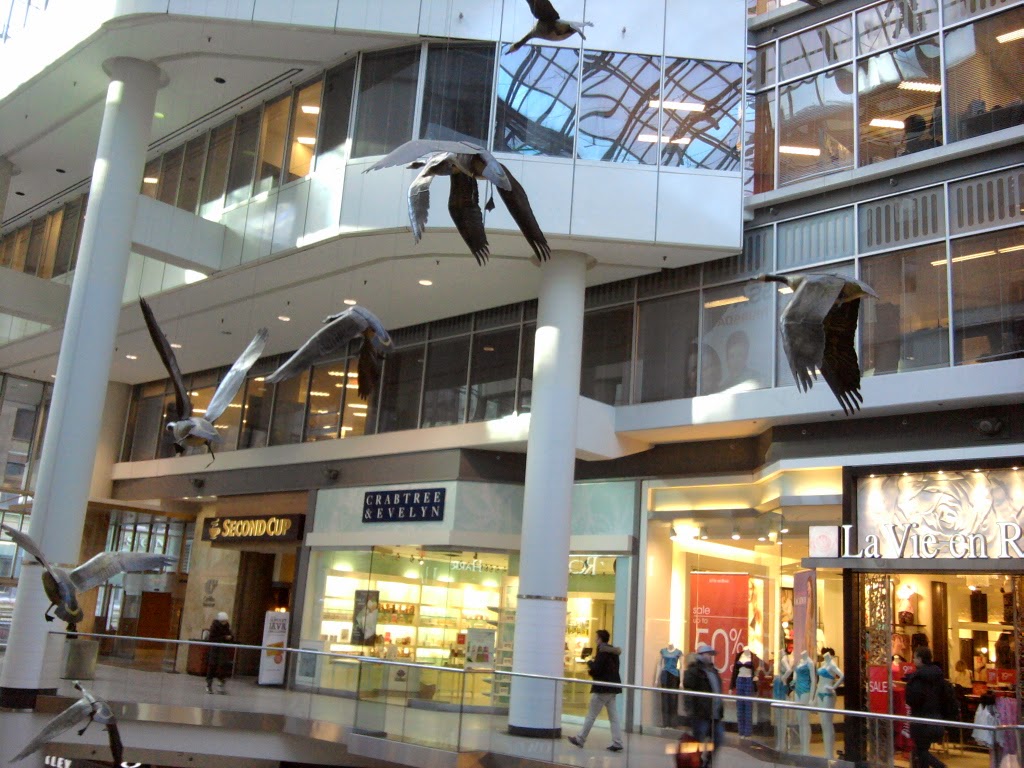 Another view of Old City Hall in Toronto, taken from the side of the new City Hall (a.k.a. the place where a certain notorious crack smoking drunkard mayor shows up from time to time and acts like a child throwing a tantrum).  Old City Hall is built in the Romanesque Revival style, and dates back to the end of the 19th Century. Its continued use today as a courthouse is a good thing; I like the look of the building, whereas the present modernist City Hall is a product of its time (the Sixties were not a good time for architecture, let's just put it that way). 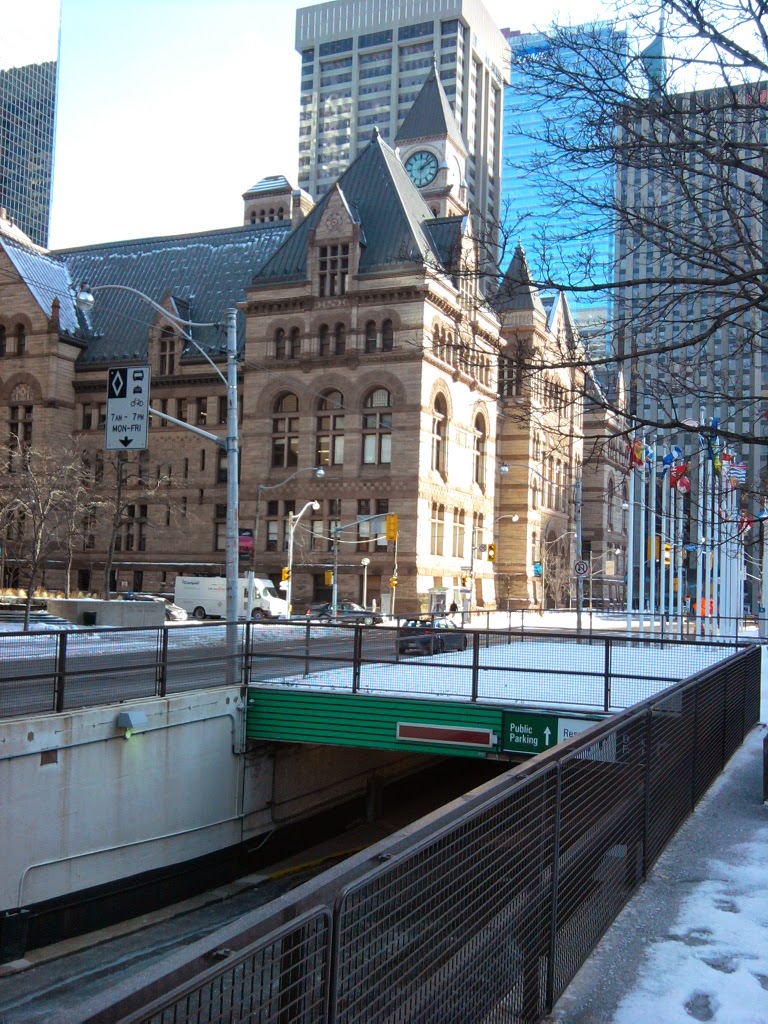 The carvings around this door caught my eye downtown in Toronto as well. This is the entrance into a branch of the Canadian Imperial Bank Of Commerce. We tend to call it the CIBC, just as we've taken to shortening all bank names in the last twenty years. 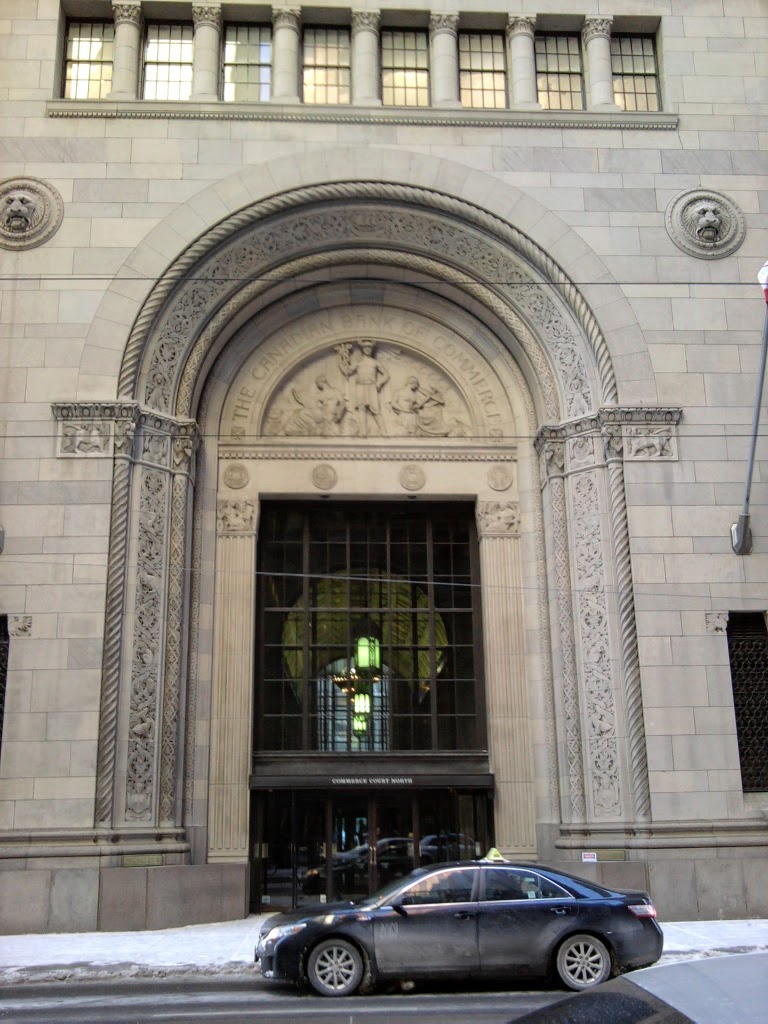