The Mighty Ottawa River During Winter

When I went for the tour of Centre Block in December, the view from the Peace Tower was not possible, as the elevator was undergoing maintenance. I wanted to come up and show the surroundings in winter, as a contrast to showing you the view before, here and here. It was a pleasant day when I recently came up to the observation deck. Major's Hill Park and the National Gallery are below. 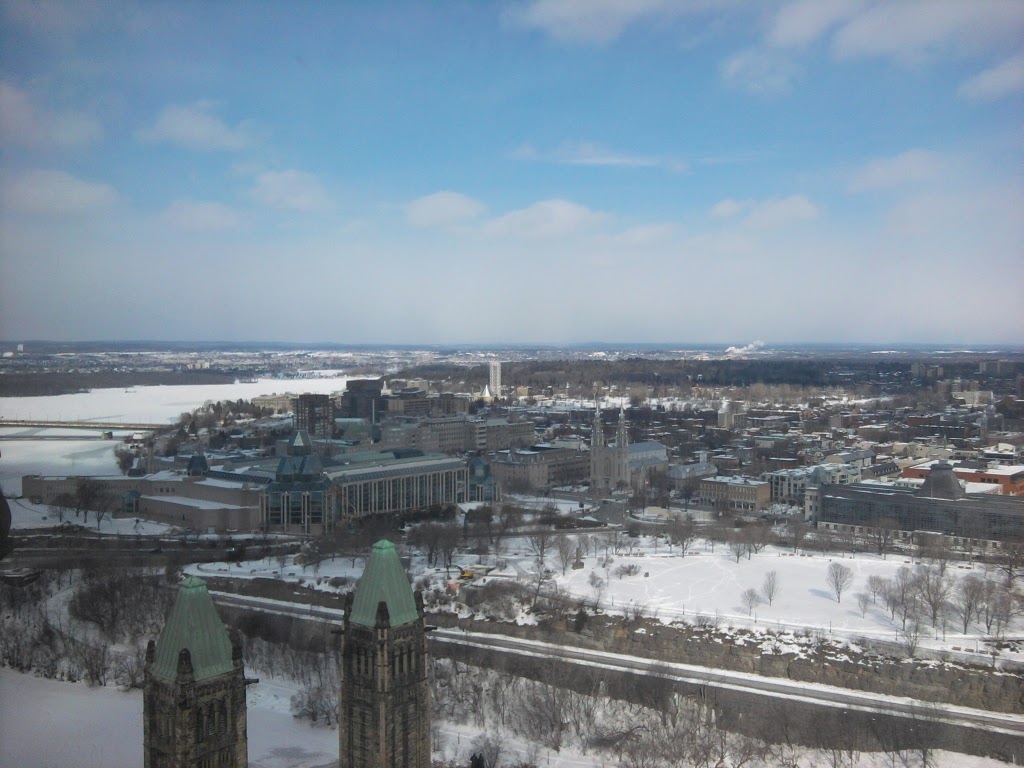 Taken from another vantage point on the deck, Nepean Point juts out into the Ottawa River. 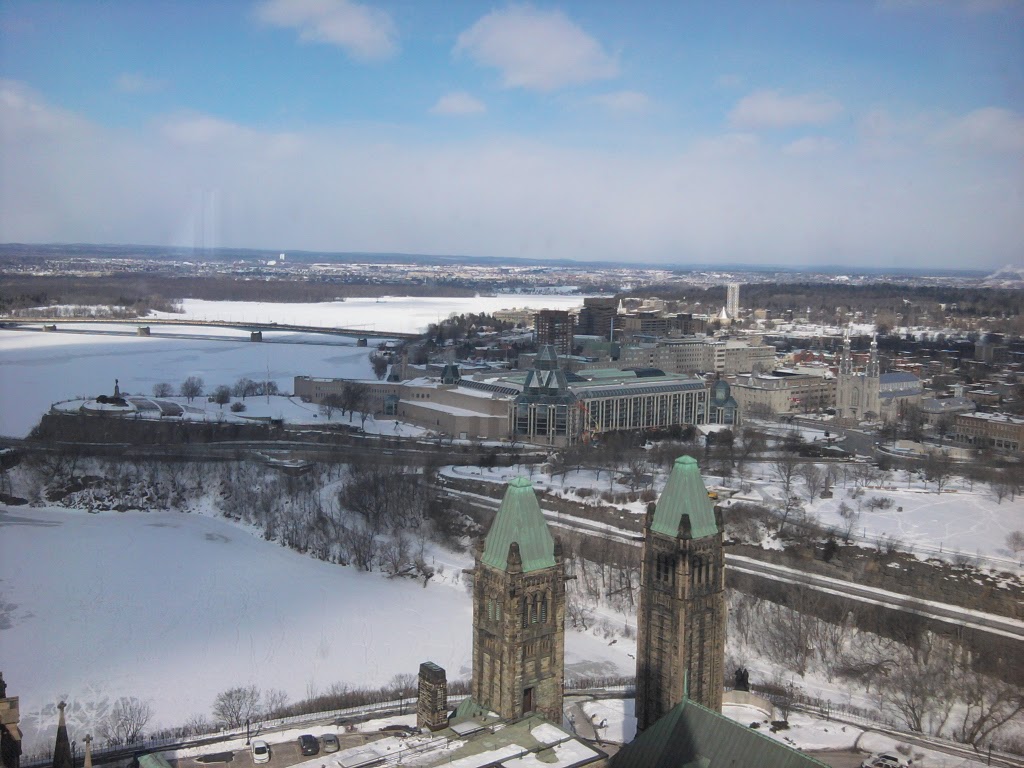 While on the Quebec side of the river, the city of Gatineau stands out, with the Gatineau Hills to the north. The Museum of Civilization is there along the shore of the river, and I'll be taking you inside there in the coming days. 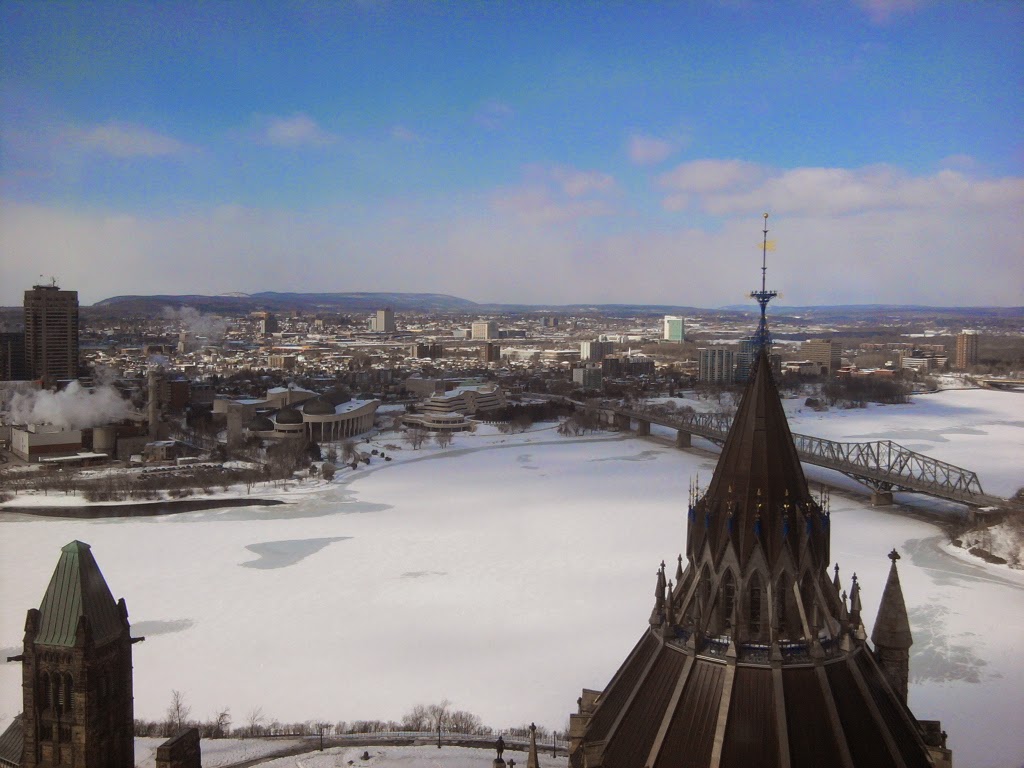 Looking west, we see the grounds of Parliament Hill below, with the Supreme Court beyond, and the river dividing the two provinces. It doesn't completely ice over here- the swift water coming down from the Chaudiere Falls just upstream here stays open, but much of it does freeze over as the river winds between the cities. 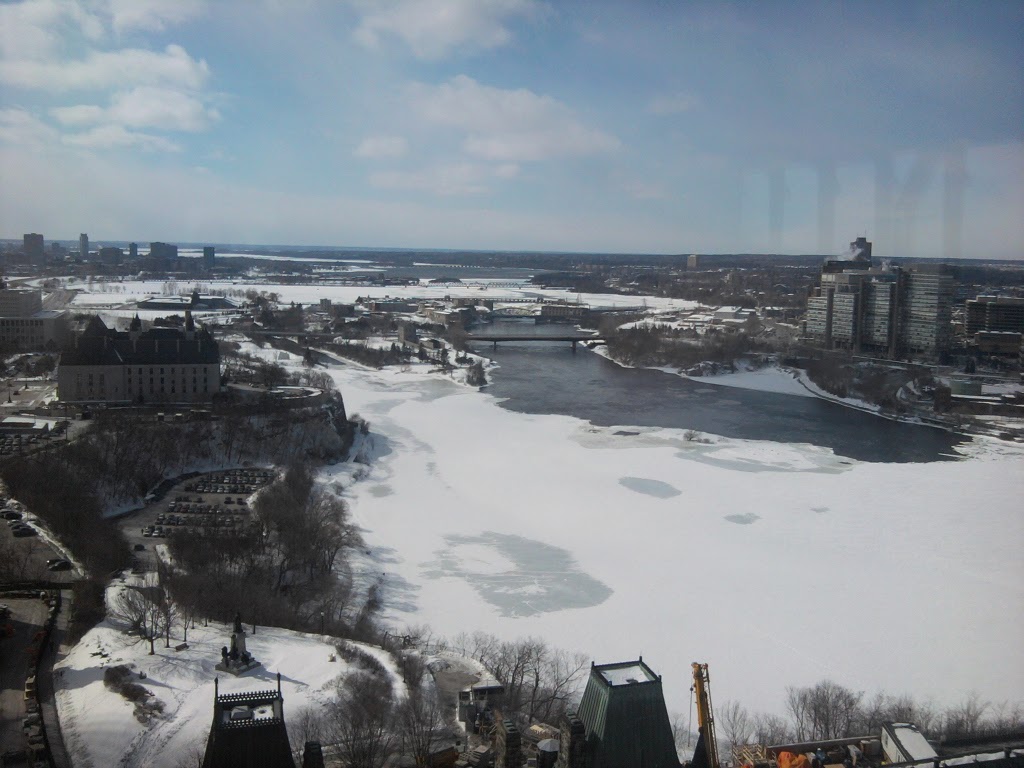 And so we come to the end of this tour of Parliament Hill. I have on several times during this series made mention of my disdain for the Prime Minister, calling him Darth Harper. One of my favourite editorial cartoonists, Michael de Adder, does a regular feature casting him as a Dark Lord of the Sith. I'll leave you with one of his more recent in the series. 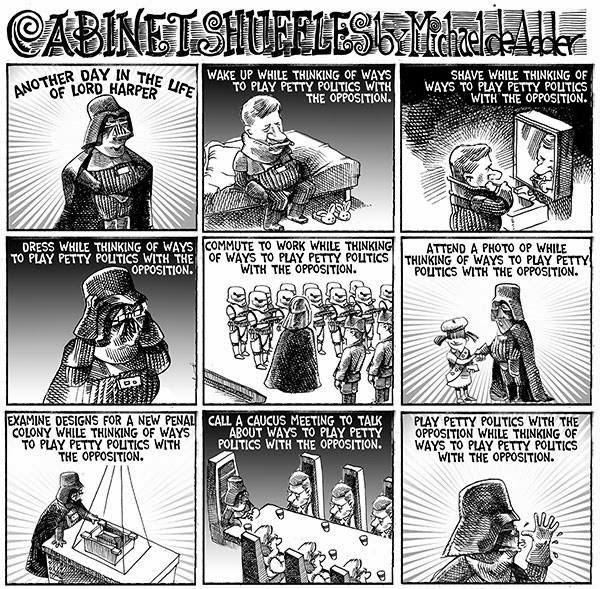 Posted by William Kendall at 12:19 AM