After coming out of Canada Hall, normally another level would have been open, home to exhibits on various personalities from Canadian history. Unfortunately as part of the ongoing transition for the Museum, that area is closed off- I suspect the Prime Minister's directives will have it seriously altered, assuming the control freak and his party aren't (hopefully) kicked out of office in the next election.

In a quiet alcove here, there are a number of sculptures in stone of Arctic wildlife, a style often found among sculptors from the far north. Here we have a seal, a narwhal, a walrus, and a muskox. 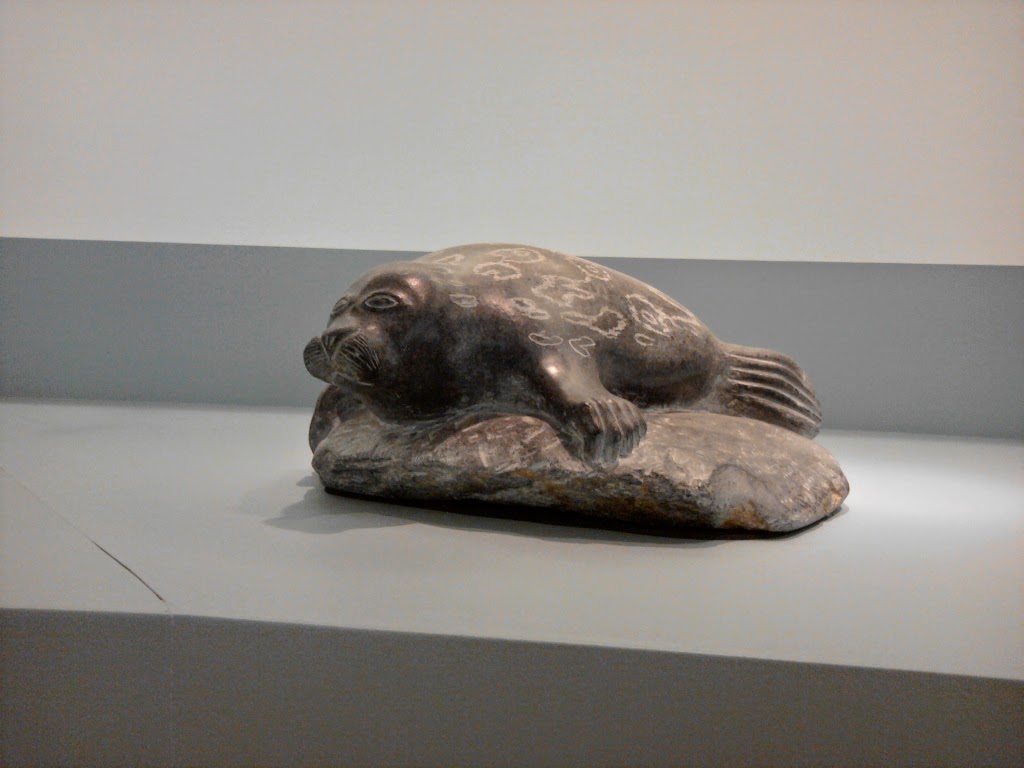 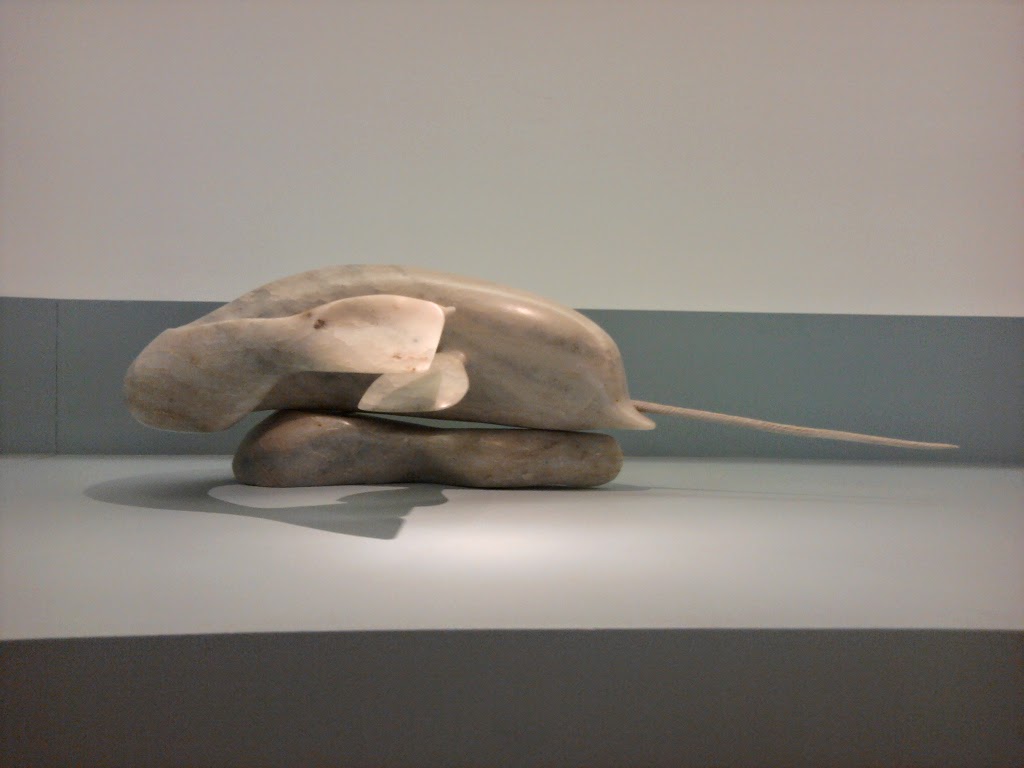 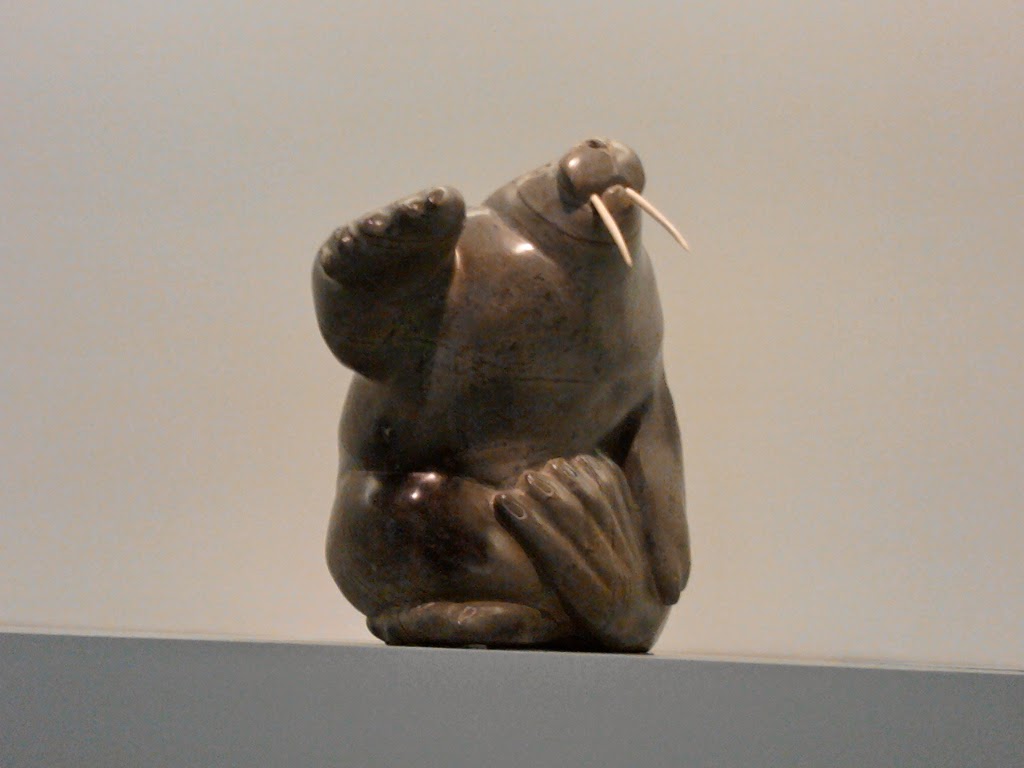 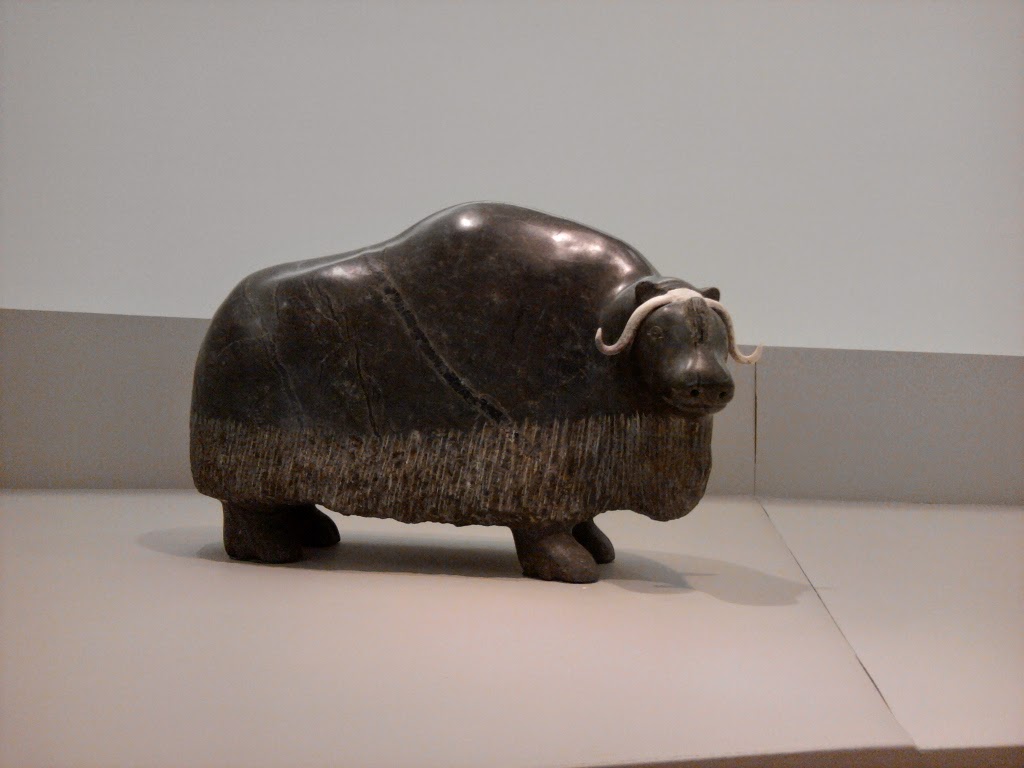