On the same day in February when I went over to the Gatineau side of the Ottawa River to check out things in Jacques Cartier Park during Winterlude, I took a short walk to the Canadian Museum of Civilization, recently renamed the Museum of History (I'm not a fan of the change, which smacks of political interference by the control freak in the Prime Minister's office).  I found out that day that a temporary exhibit on at the time would soon be ending, so I came back a few days later, but these shots are from that day.

The museum explores Canadian history from thousands of years ago, and while its earliest roots go back to the mid-nineteenth century, the current building dates back to 1989. It was designed by a Canadian aboriginal architect, Douglas Cardinal, and stands on the shore of the Ottawa River. 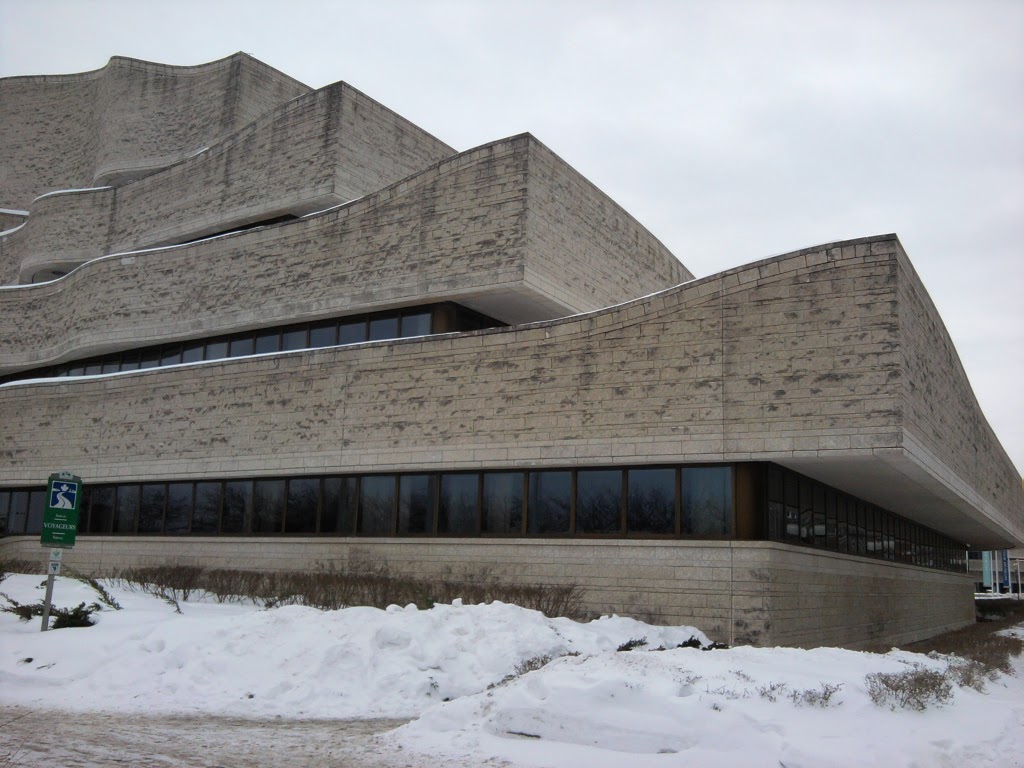 It is divided into the curatorial wing, above and below, and the public museum, separated by a large staircase and promenade between the buildings. Cardinal's design evokes natural geography and wildlife, such as the Canadian Shield, the face of a glacier, or an animal in the shapes of the buildings, and incorporates water features (shut down this time of year) and parkland. 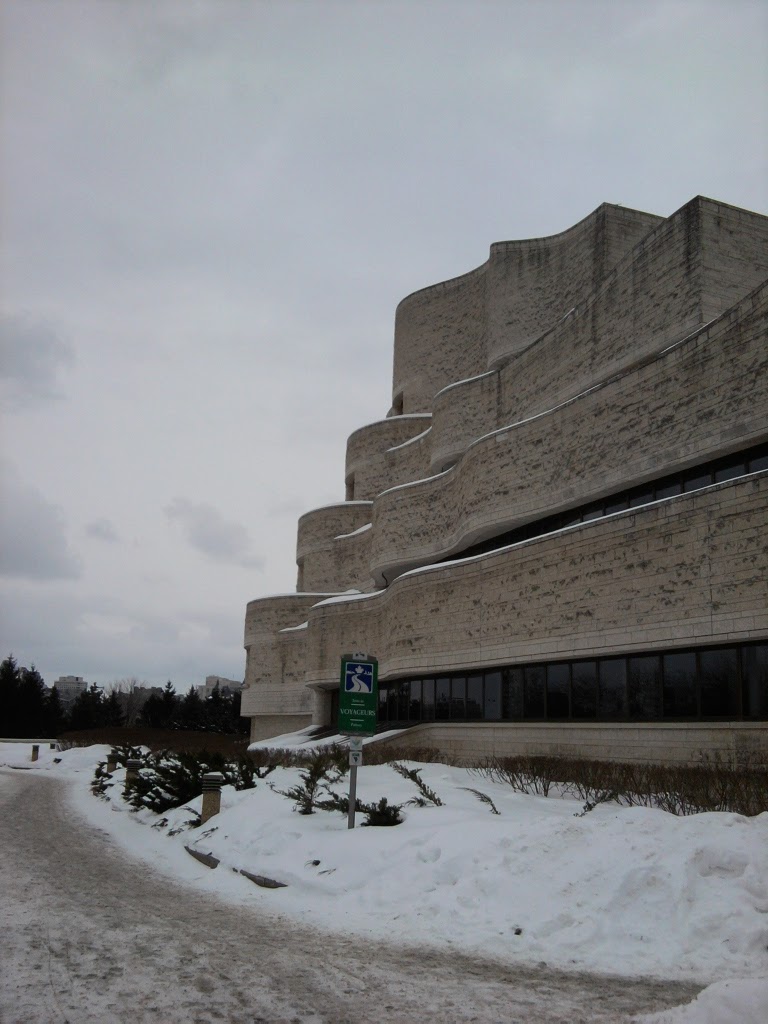 Here we have the west side of the curatorial wing, heading towards the public museum. The curving lines of these layers appeal to me. 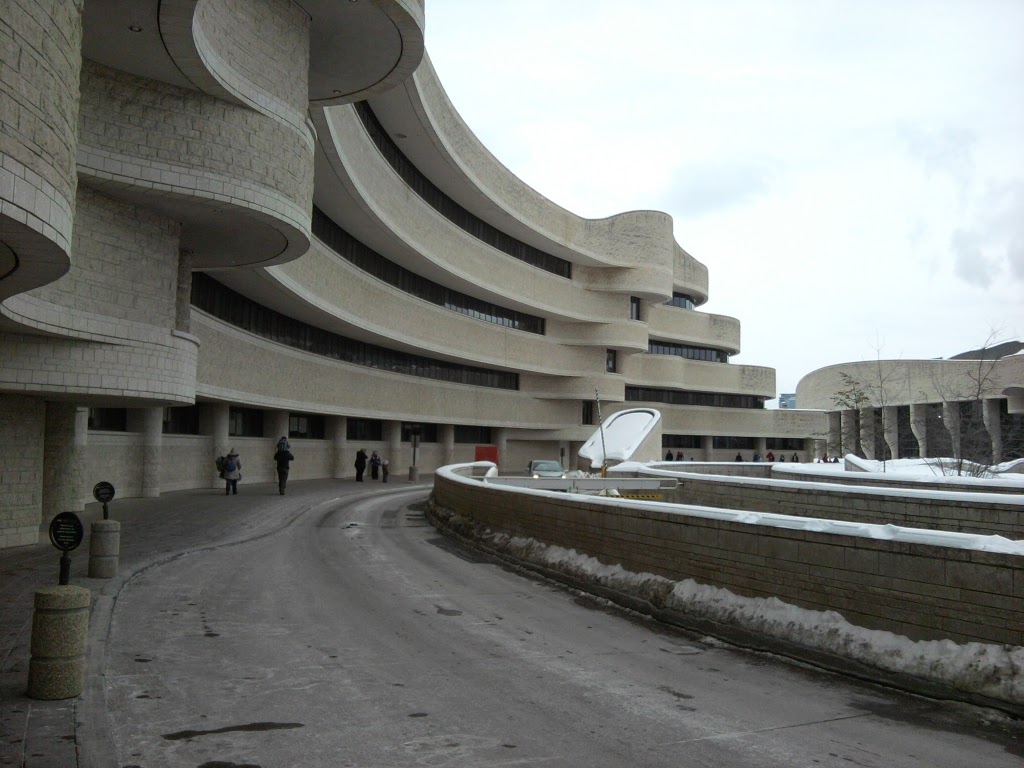 And below we have the main entrance, the dome suggesting a turtle's body. 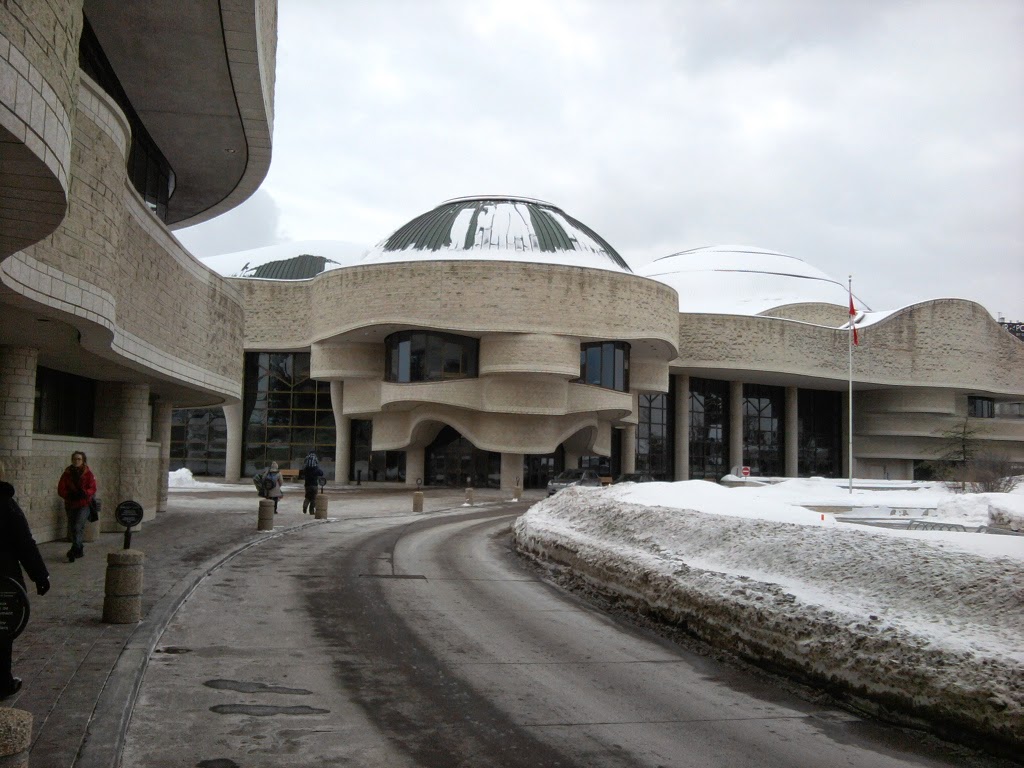 Walking past the main entrance onto a balcony, we get a view of the staircase taking the visitor down towards the river. The terraced structure you see between it and the glass wall is a fountain. Come summer, water will be spilling down its sides. 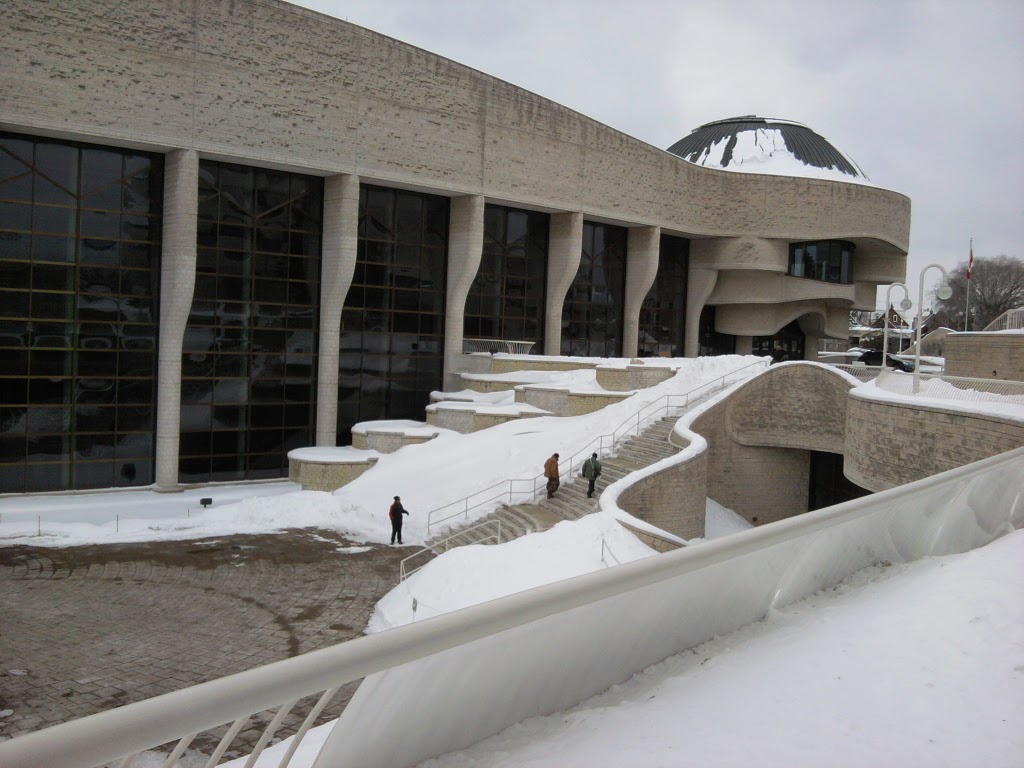 Another view gives us the full face of the glass wall. Behind it is the Grand Hall. 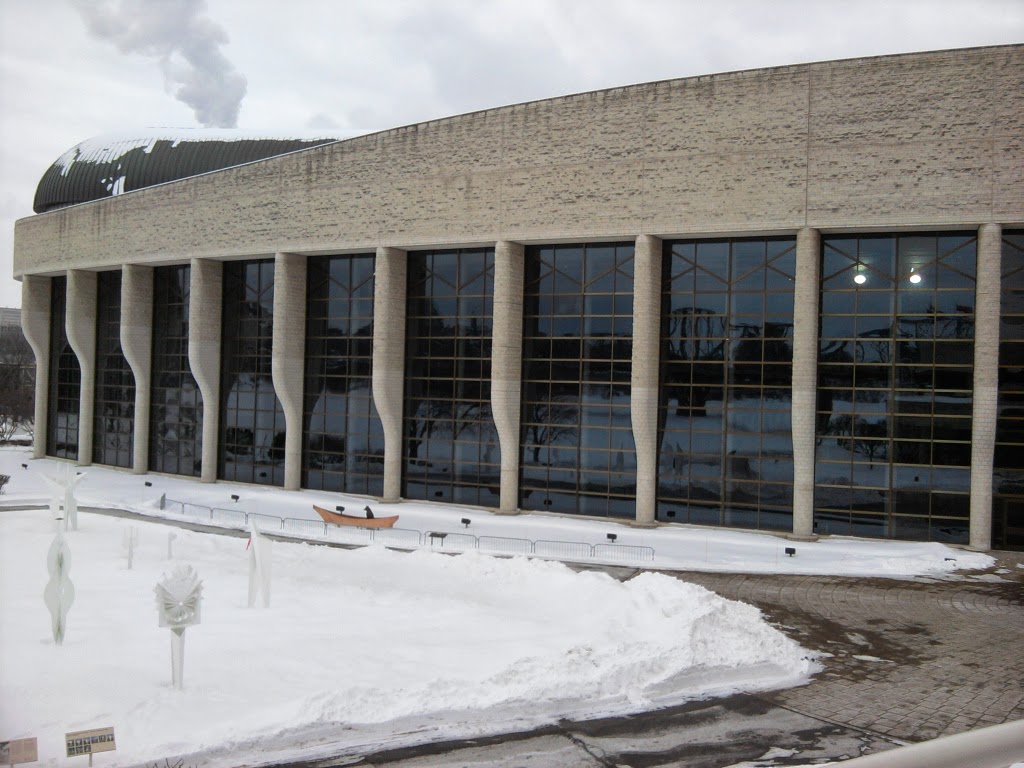 We'll be going into the Museum tomorrow, but for a taste, here's a view of the Hall taken on that day. 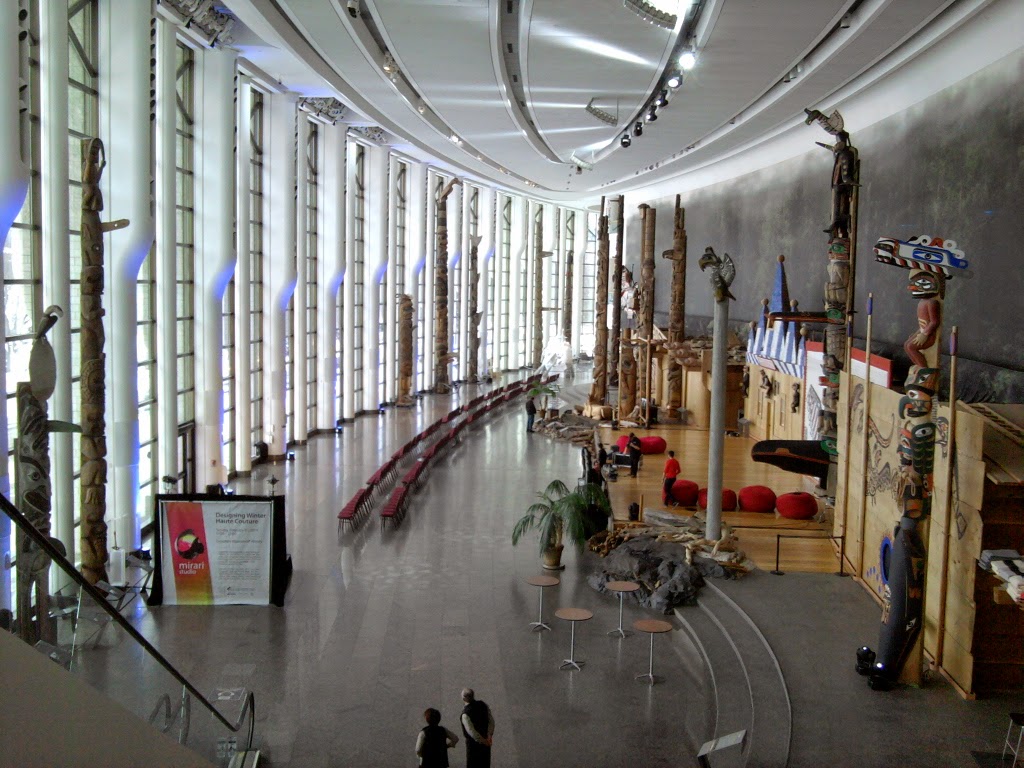