A Garden On High Ground

The C.D. Howe Building is a modern office complex a block south of Parliament Hill, home to government offices. It's named after a Liberal cabinet minister who served continuously under two prime ministers from 1935-1957. The elevators took me up to the roof. 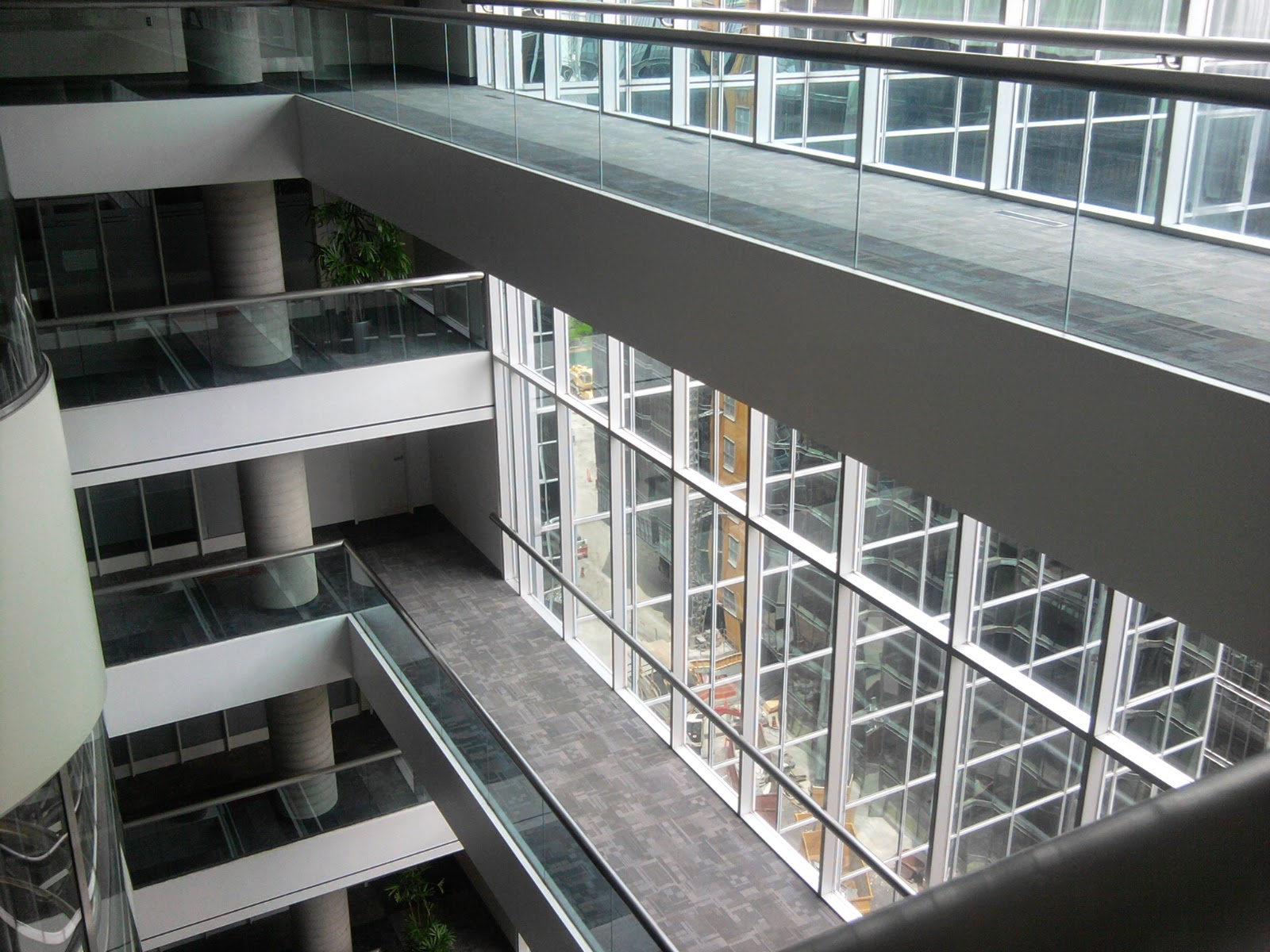 Across the street below, there's another glass building, but there's something else inside it- an old building entirely encased in the new building. I'm not sure if it's accessible, but I'll have to find out. If I'm right, the Currency Museum is in there- one place I haven't been to yet. 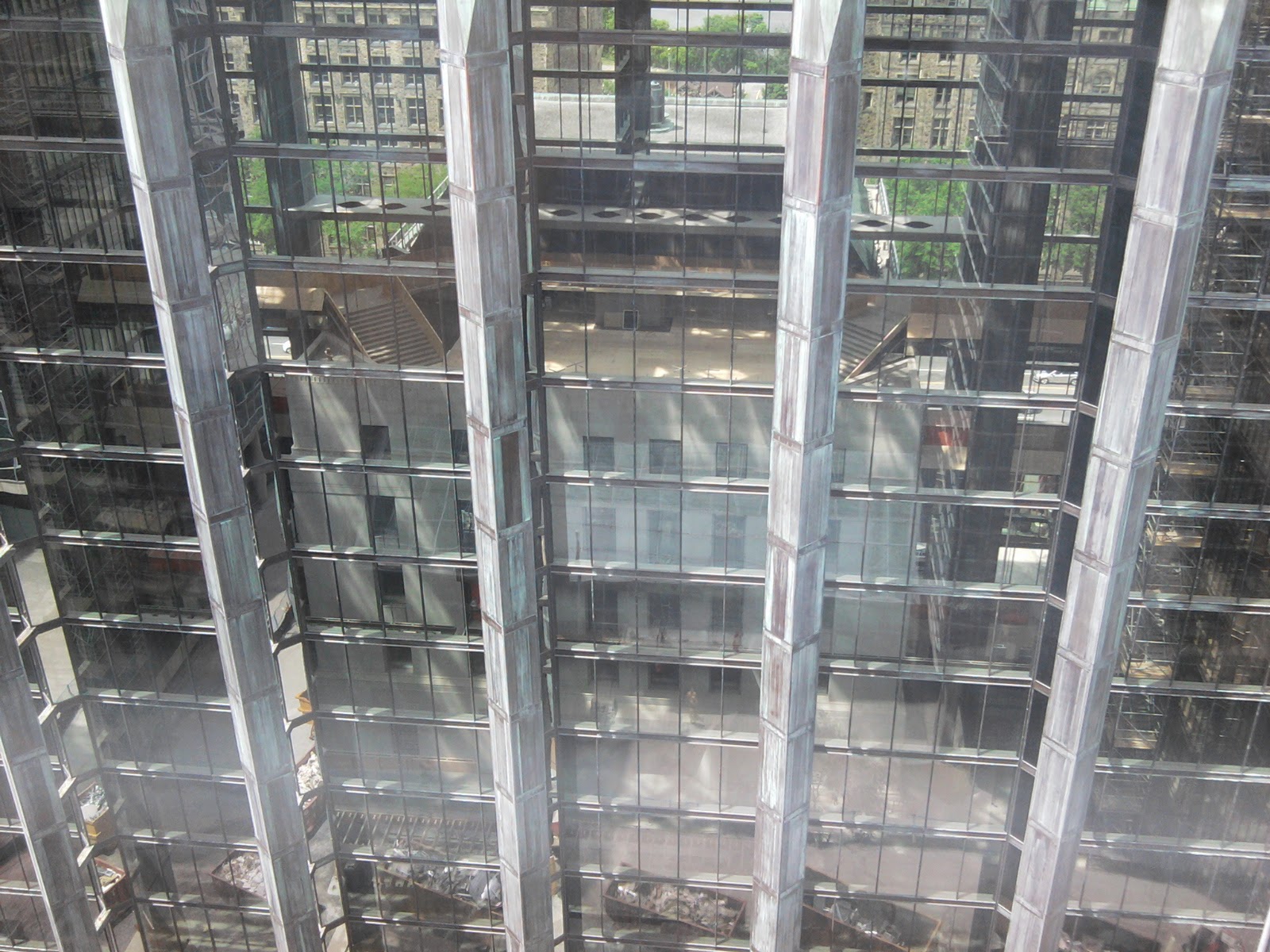 The roof of the C.D. Howe Building is something different. Thirty percent of it is green roof technology. Another thirty percent is landscaped with indigenous shrubs, flowers, and grasses. 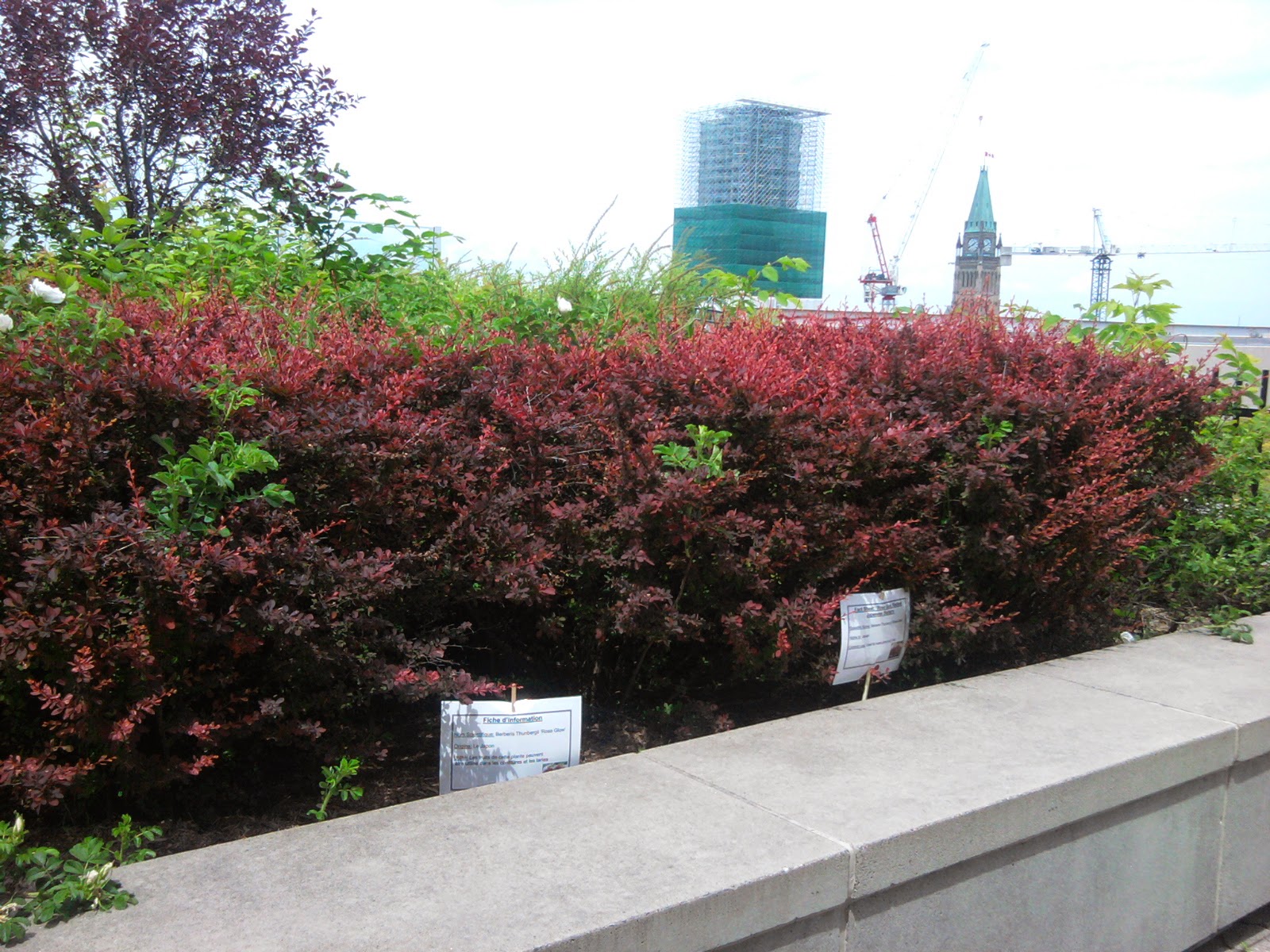 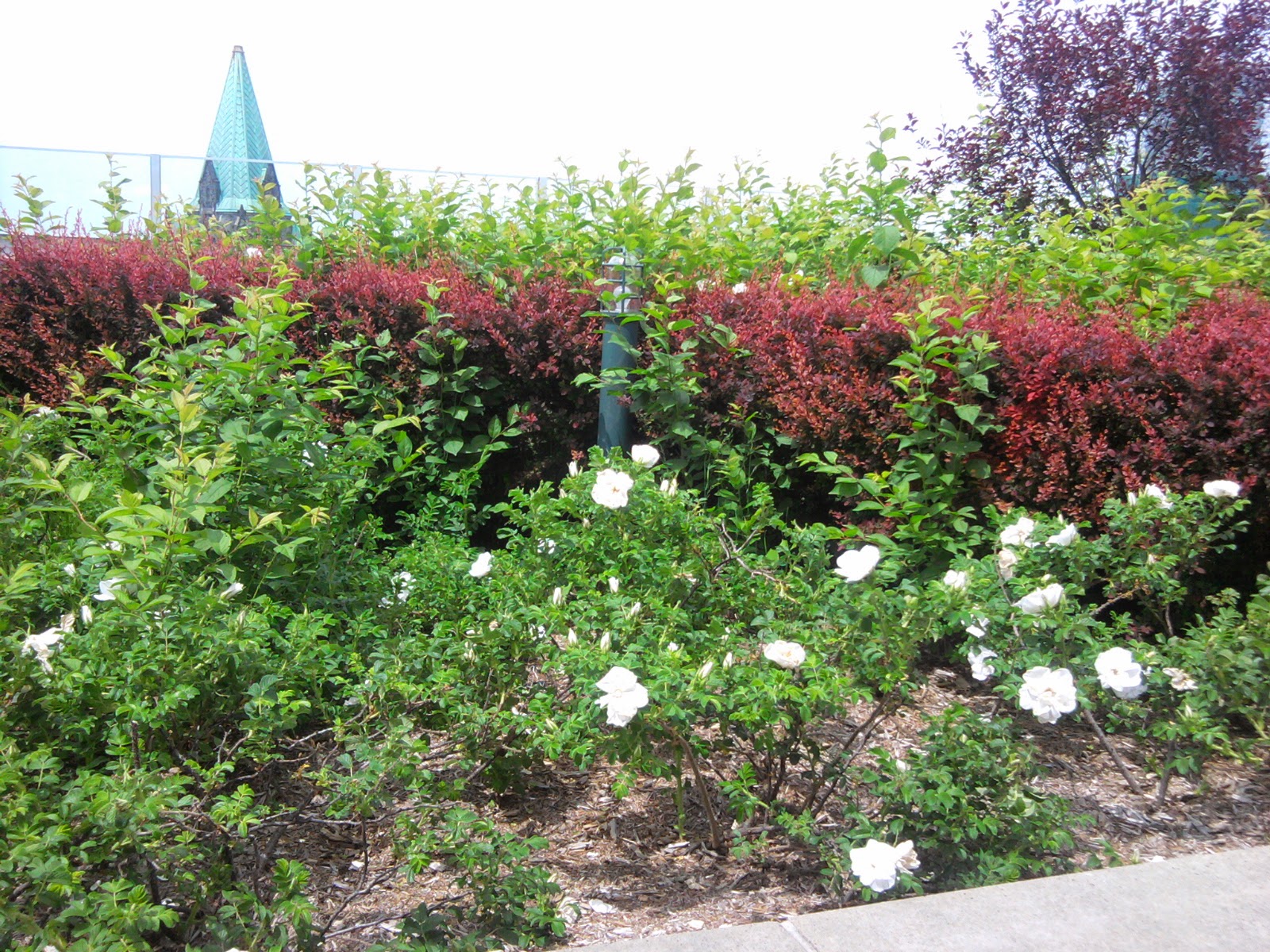 It's a nice, serene spot to come up to relax... at least for the government workers. Doors Open is the only weekend the public can get up here. 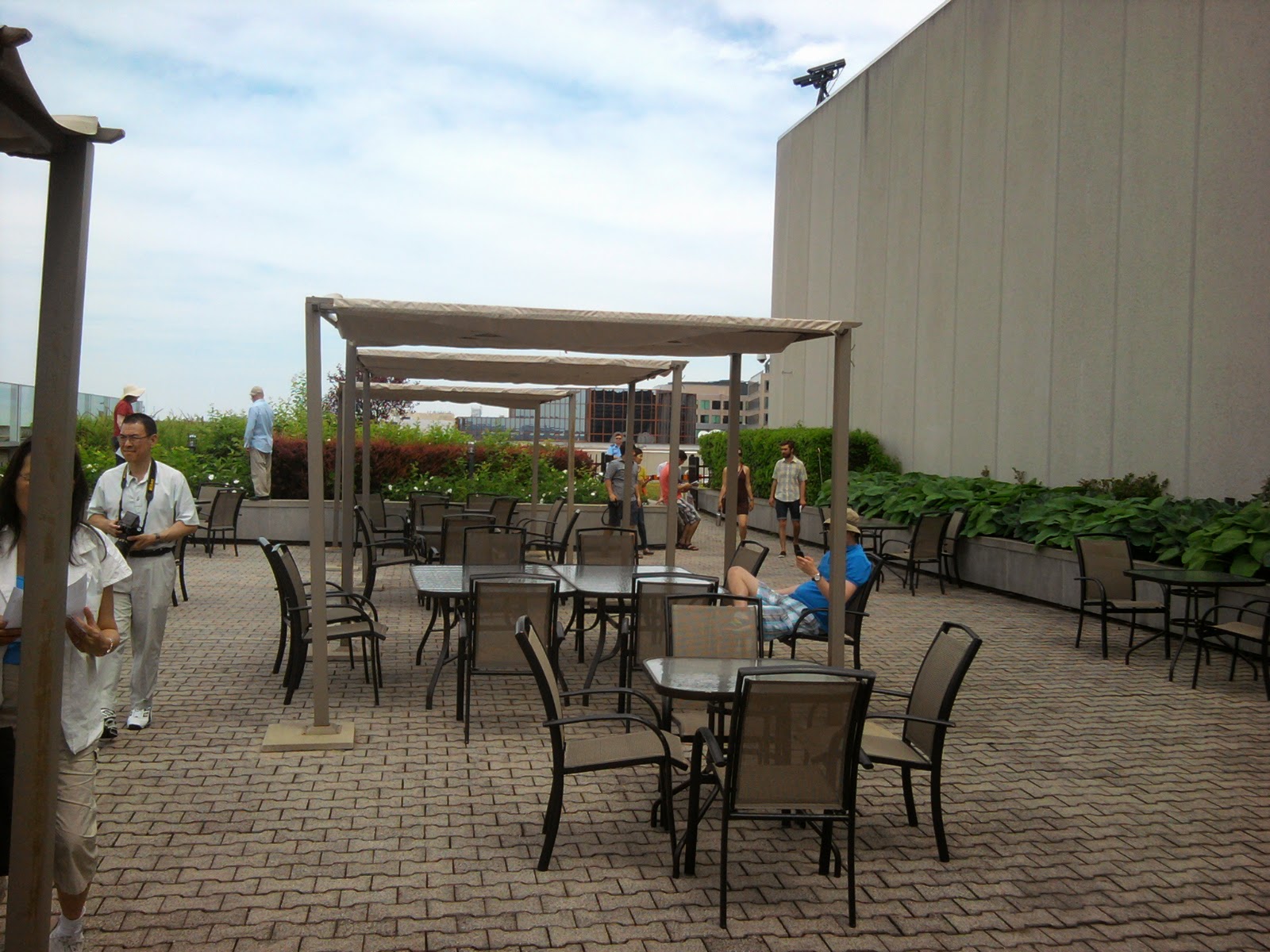 And it has nice views. The Alexandria Bridge, Gatineau, the Ottawa River, and Parliament Hill can be seen from here. The Parliamentary block on the right is the West Block, undergoing restoration and construction work. The block on the left is one part of Parliament Hill that I haven't shown you yet. It's called the Confederation Building. 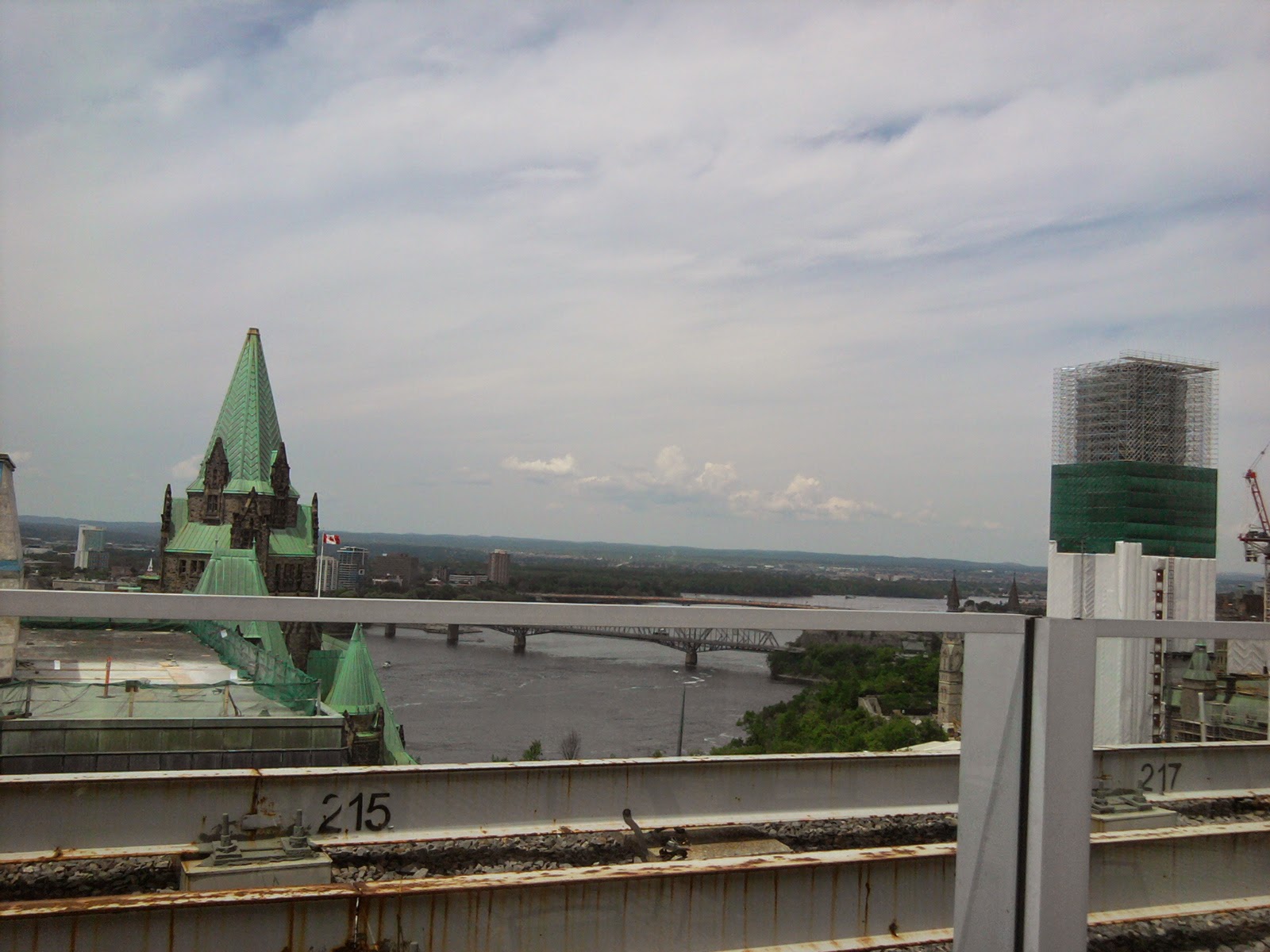