Today I'm finishing up the series from the Day of Honour. One of the other vehicles present on the Hill that day was this Leopard tank, parked in a prominent position. It was the object of much interest, and when you compare it to the size of people around it, you appreciate its size. 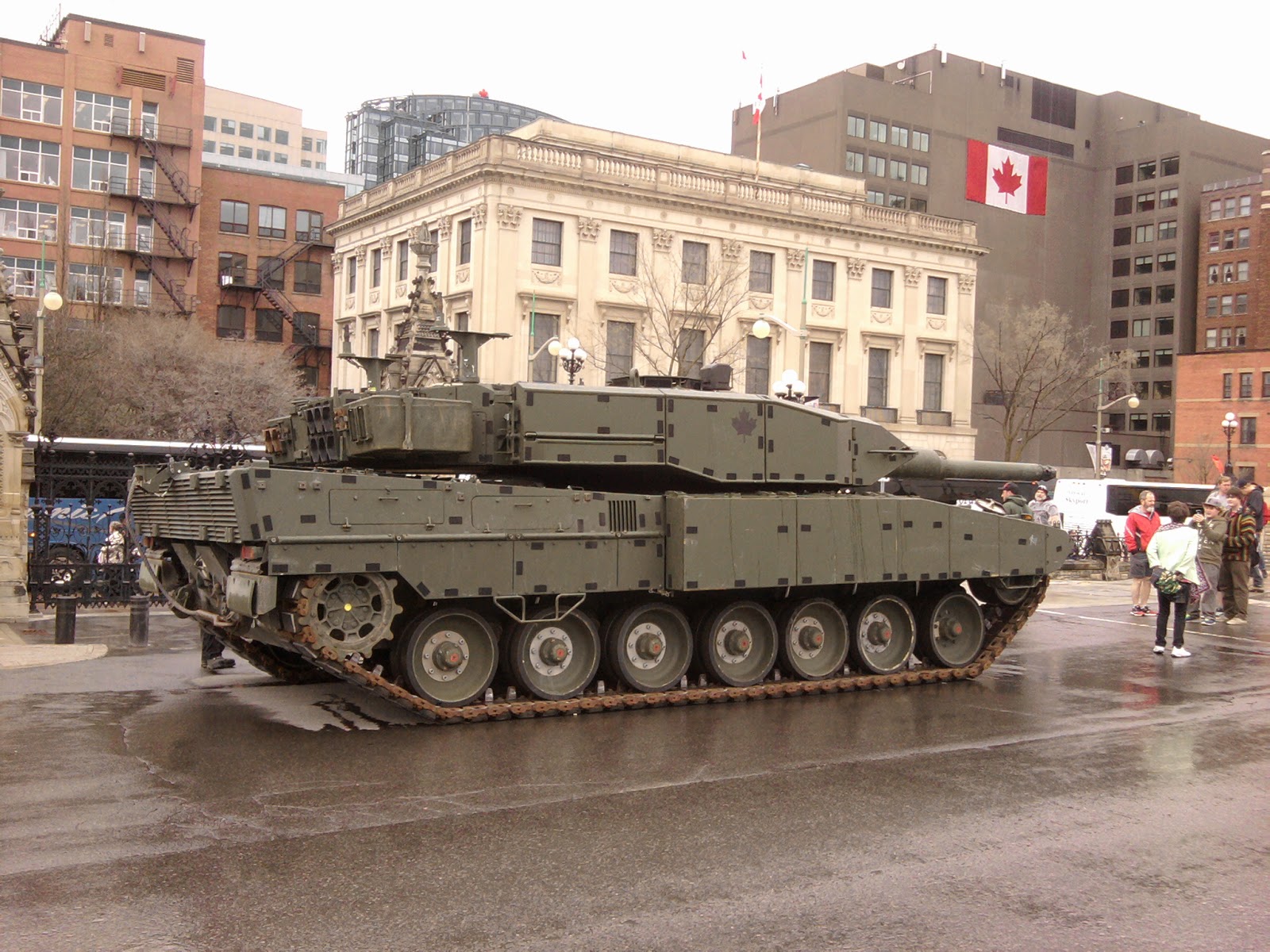 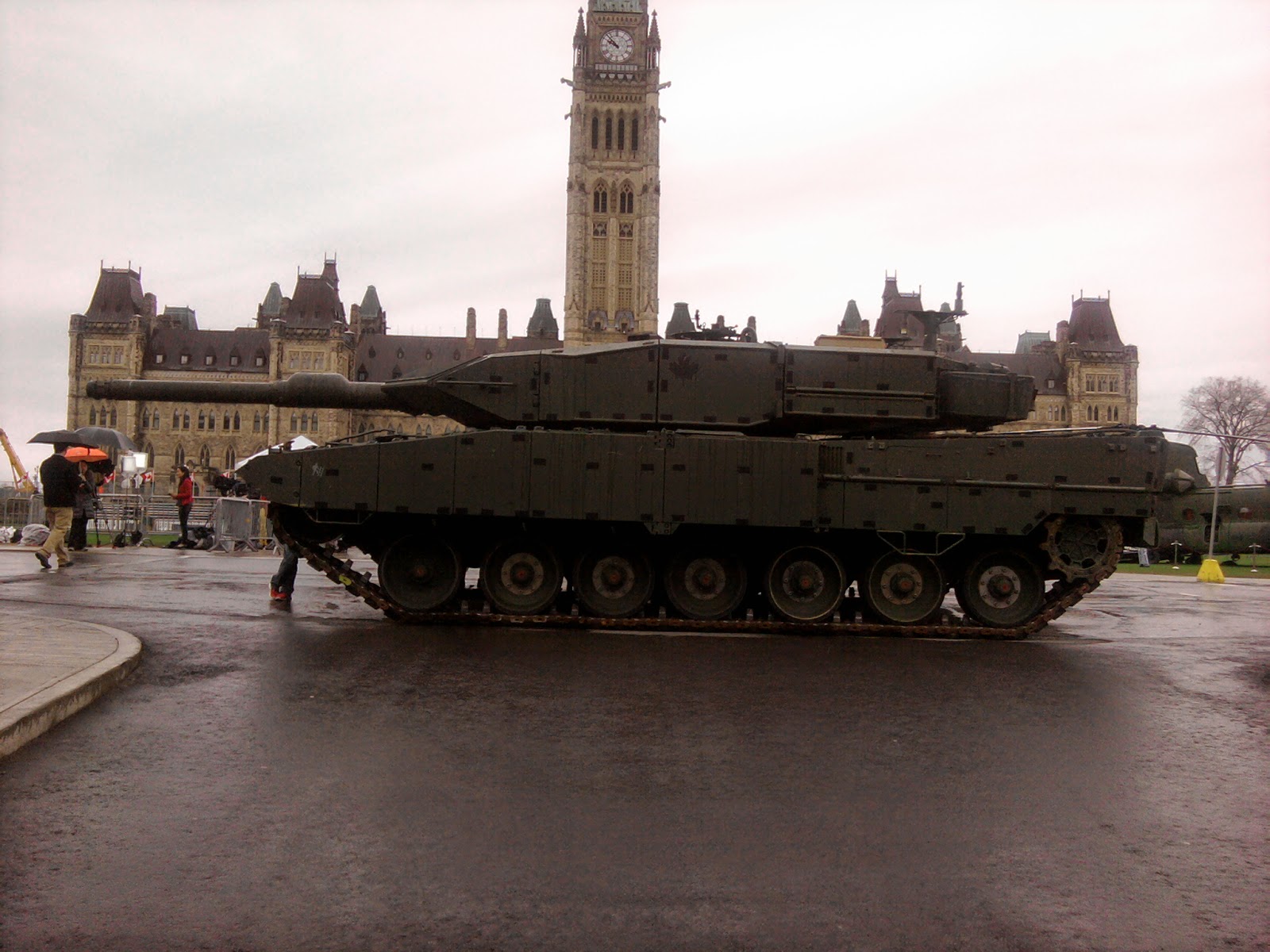 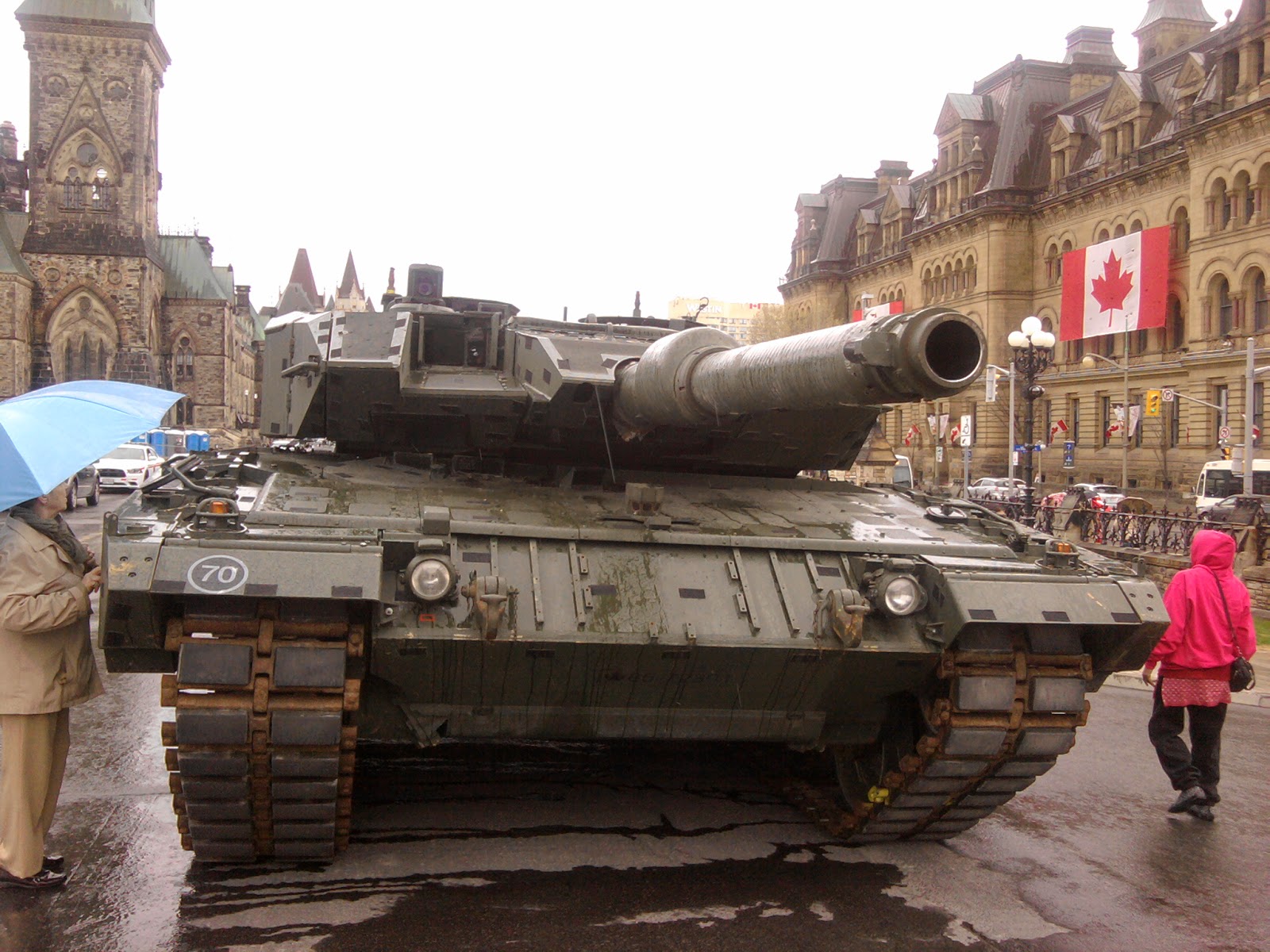 I came back a little while later, during the official ceremonies, and other vehicles had lined up with the Leopard. The crowds had grown around the various vehicles, including the tank. 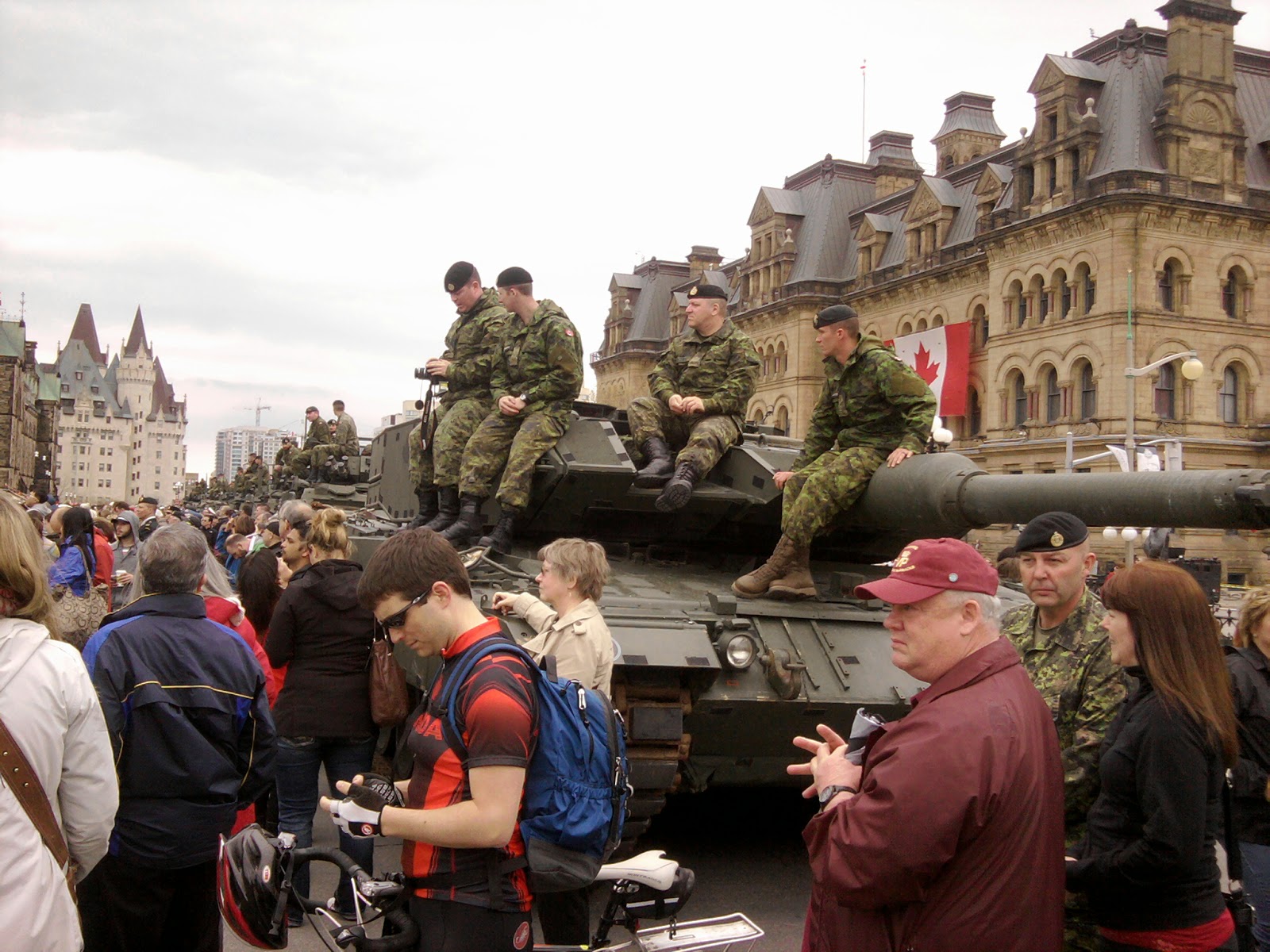 I didn't see it as I was taking the pic, but somehow the moment of contact between the soldier and the woman at ground level gives this shot a grounded, human quality. I like it. 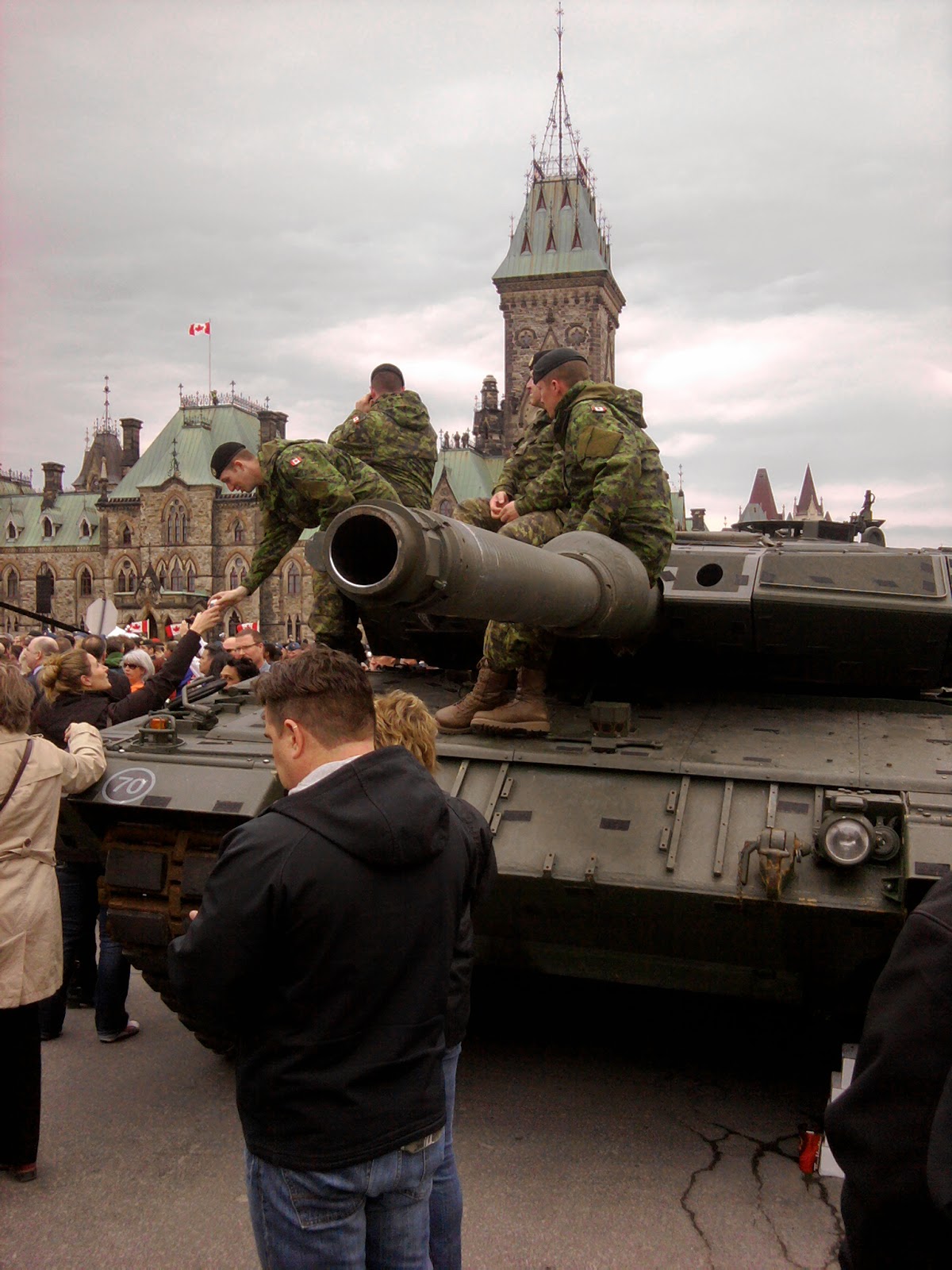 Tomorrow we get ourselves started with Doors Open.