The Christening Of A Princess

I start today with a view of the main entrance at St. Andrew's; this also features the flag of Canada and St. Andrew's cross. 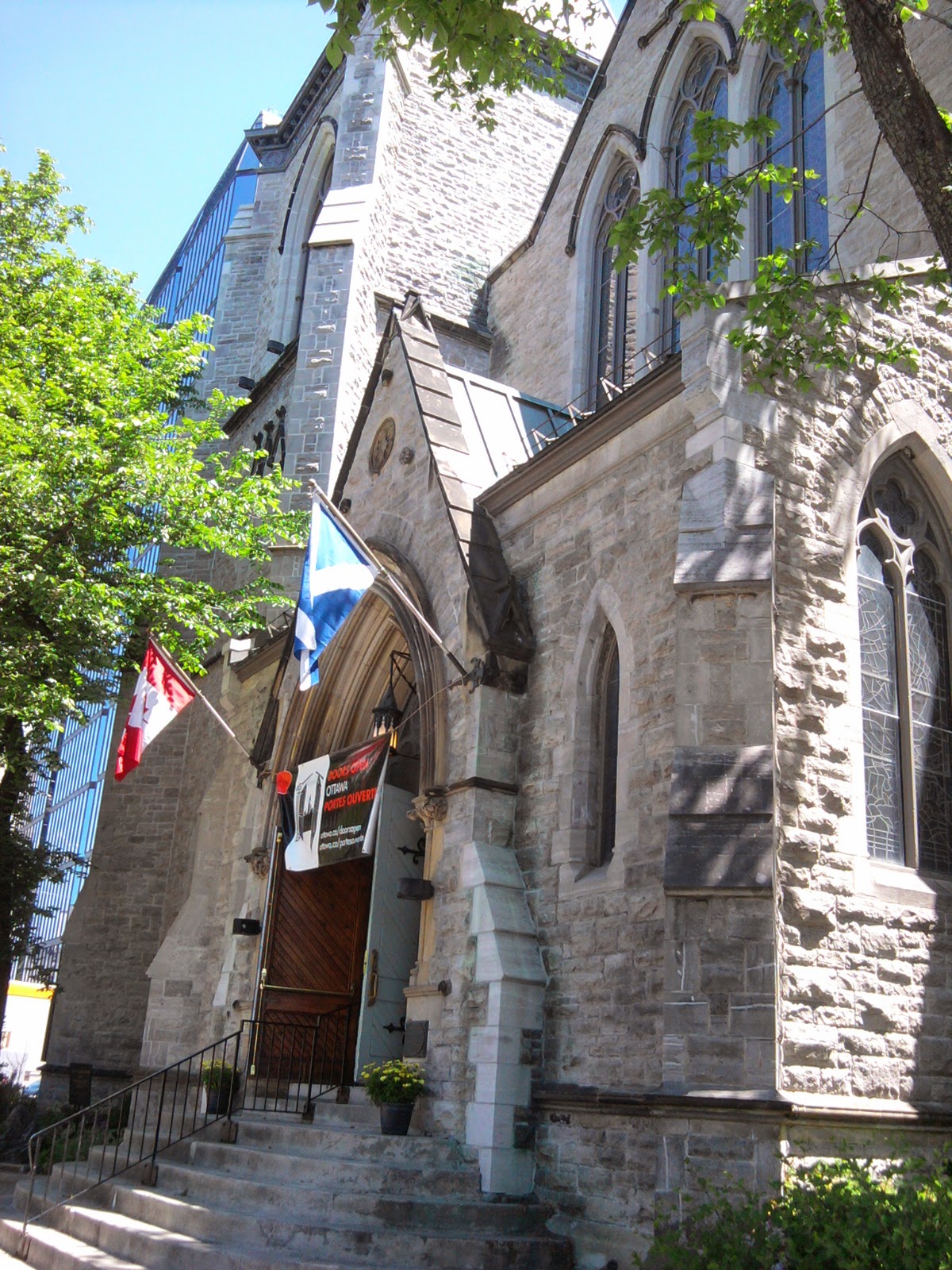 This takes in the length of the sanctuary, culminating in the organ on the balcony. It's light inside, and there were people going in and about, with members of the congregation on hand to answer questions. One woman was of particular help with a wealth of information. 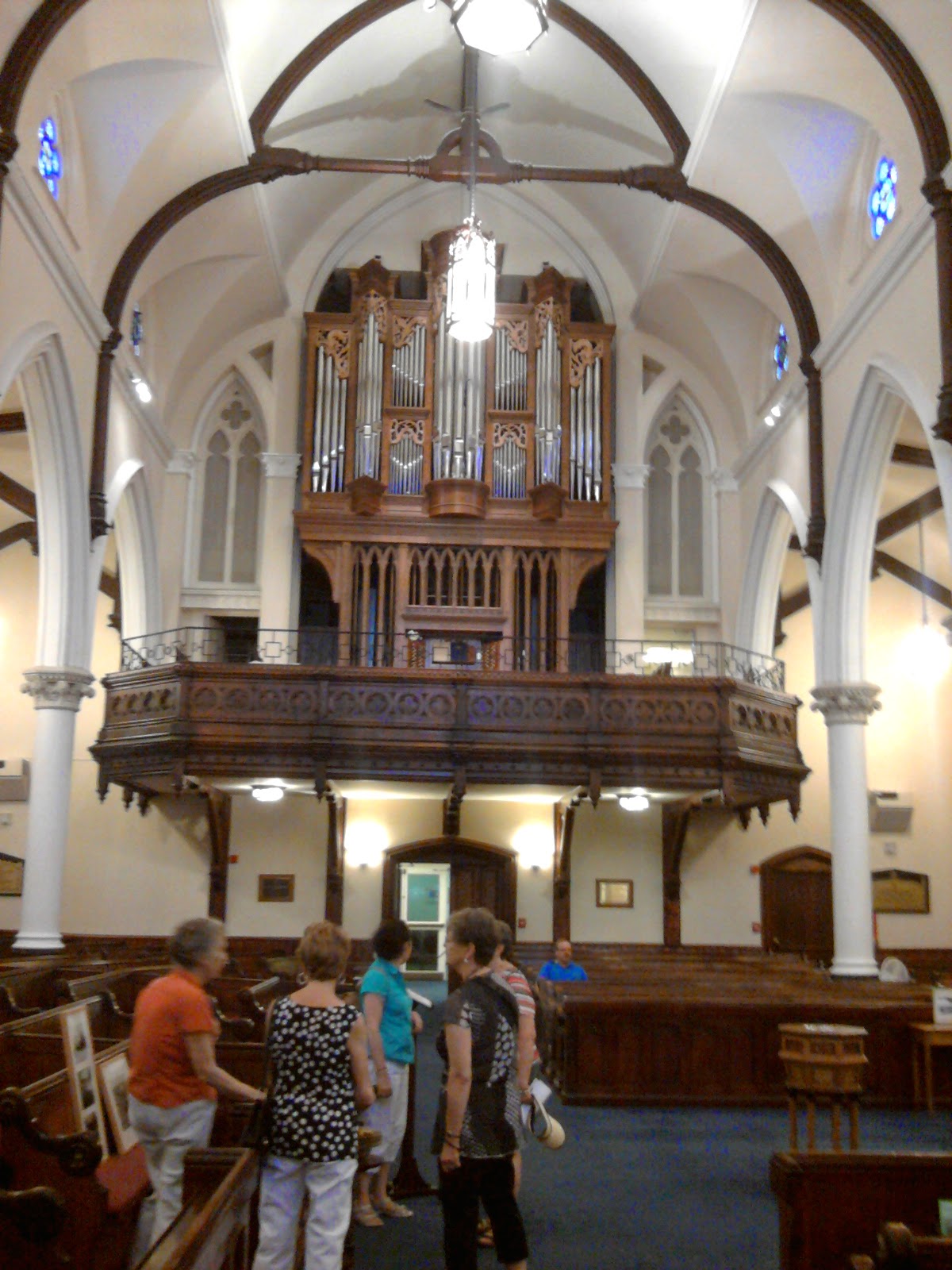 I mentioned yesterday that Queen Juliana worshiped here when she lived in the city as an exiled princess during the War. She gave birth to her third daughter Margriet, and the baby was baptized in the church. The service was recorded and aired to the Netherlands, still under German occupation at the time. Much of the service, therefore, was in Dutch. It was hoped that the baby might make a sound, but the infant was quiet throughout the service.

This photograph was taken by the portrait photographer Yousuf Karsh, during the service. Queen Wilhelmina can be seen at the center, with the Prime Minister of the time, William Lyon Mackenzie King behind her. The princesses Irene and Beatrix are between Wilhelmina and their mother Juliana, holding the baby Beatrix, with her husband Prince Bernhard to her left. 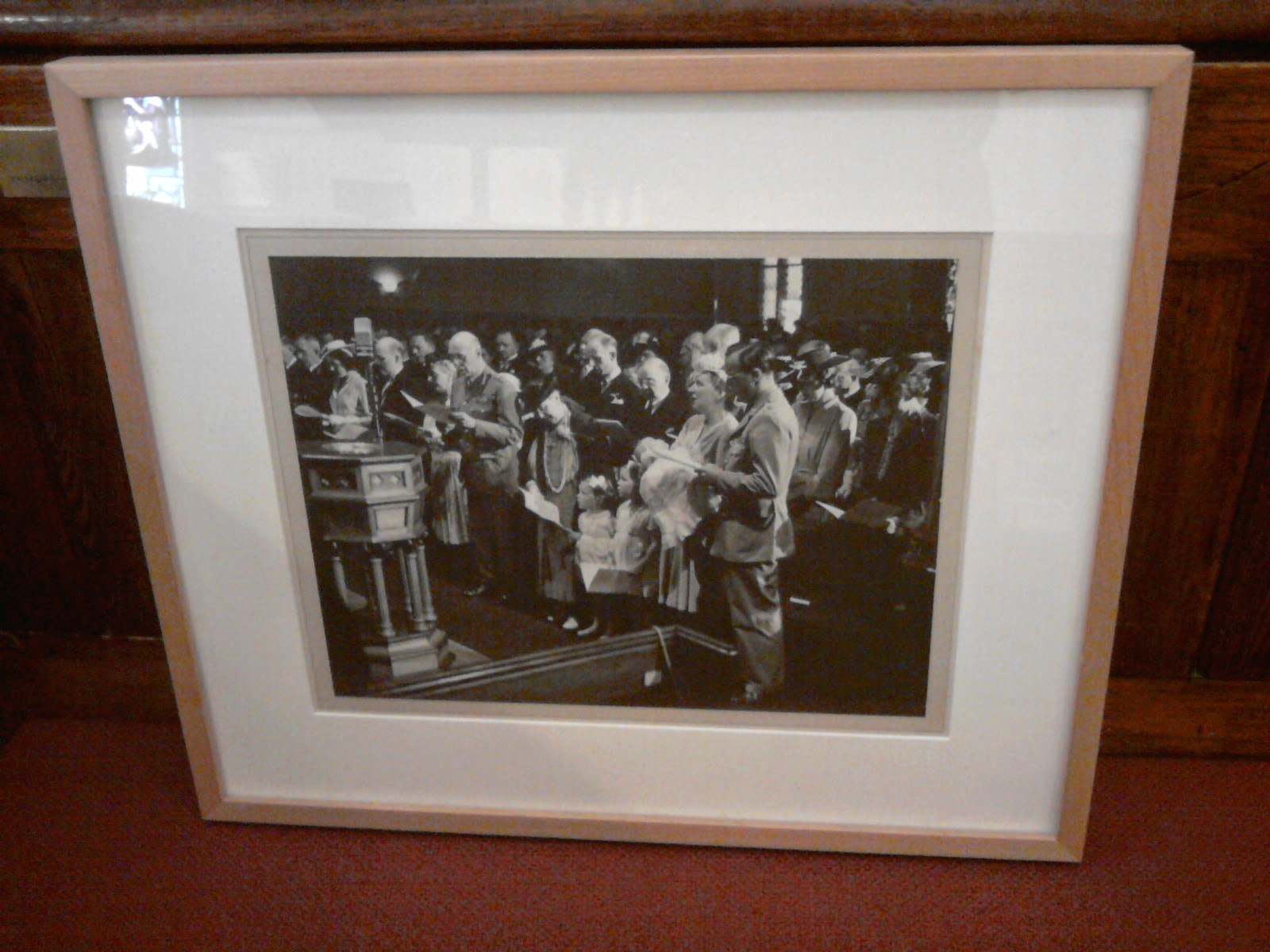 Karsh also took this photograph outside on the front steps, and it was given to the church. It's much less formal than his usual photographs, and features the major players of the occasion all looking in other directions but at the camera. Queen Wilhelmina can be seen looking back as if trying to get things organized- this was a Queen, after all, used to giving orders- while the baby seems contentedly asleep. Margriet has returned to Canada on numerous occasions in the decades since, as have other members of the Dutch Royal Family. St. Andrew's always welcomes them back. 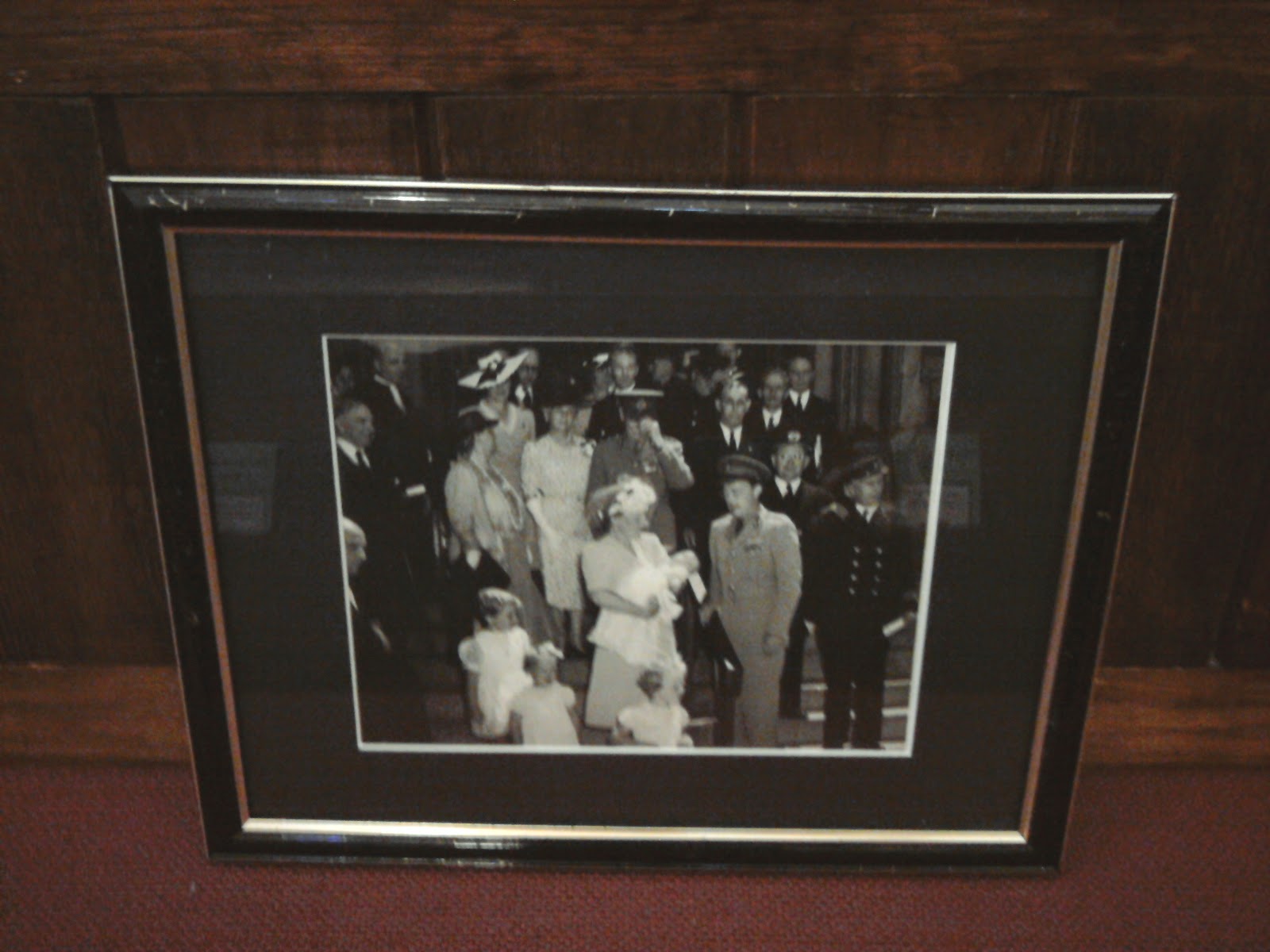 This wooden lectern was given to the congregation by Juliana at the war's end in thanks for their hospitality. It features the four Apostles below, and the coat of arms of the Dutch Royal Family along its side. 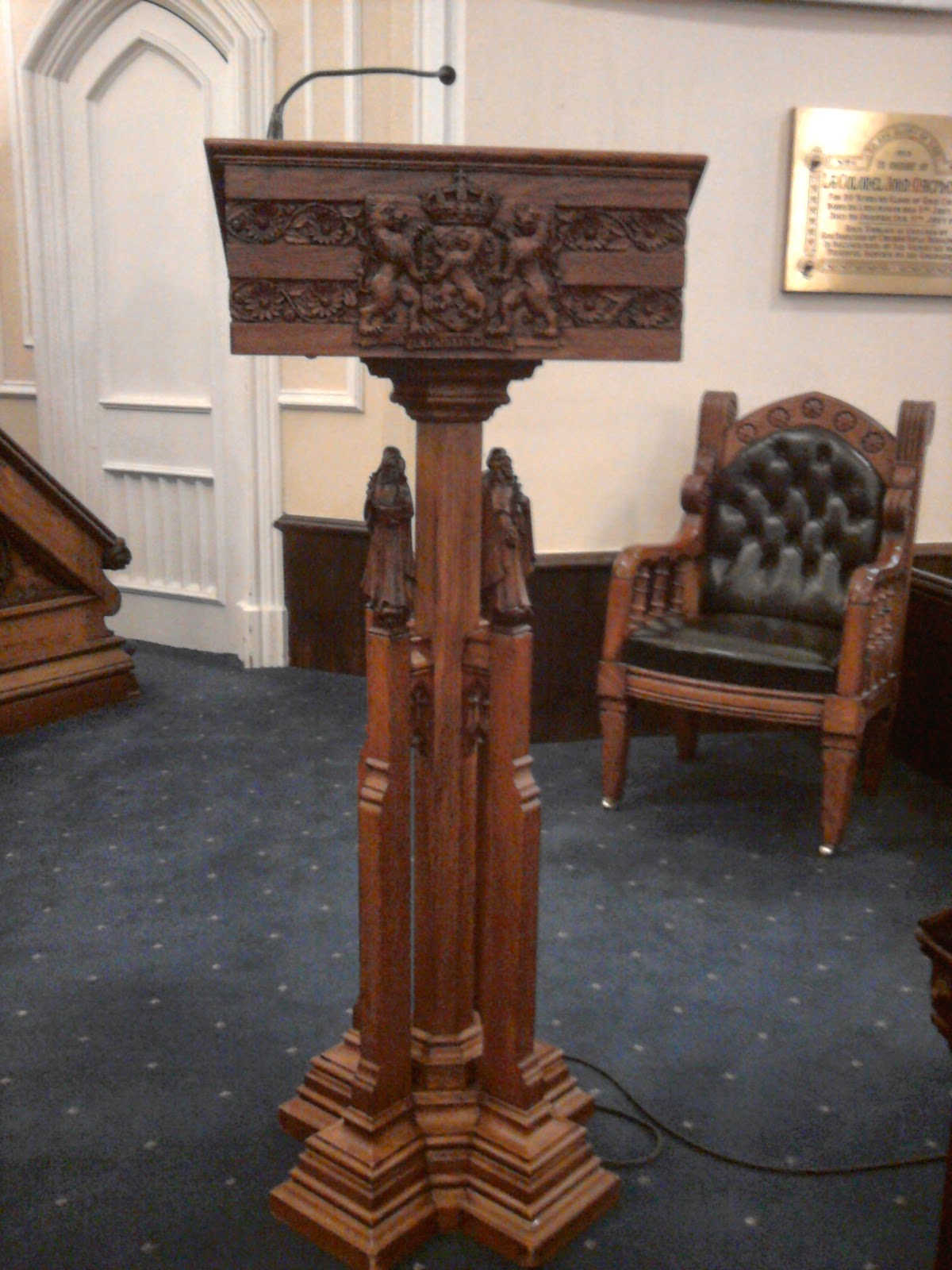 I leave you with a closeup of the coat of arms. 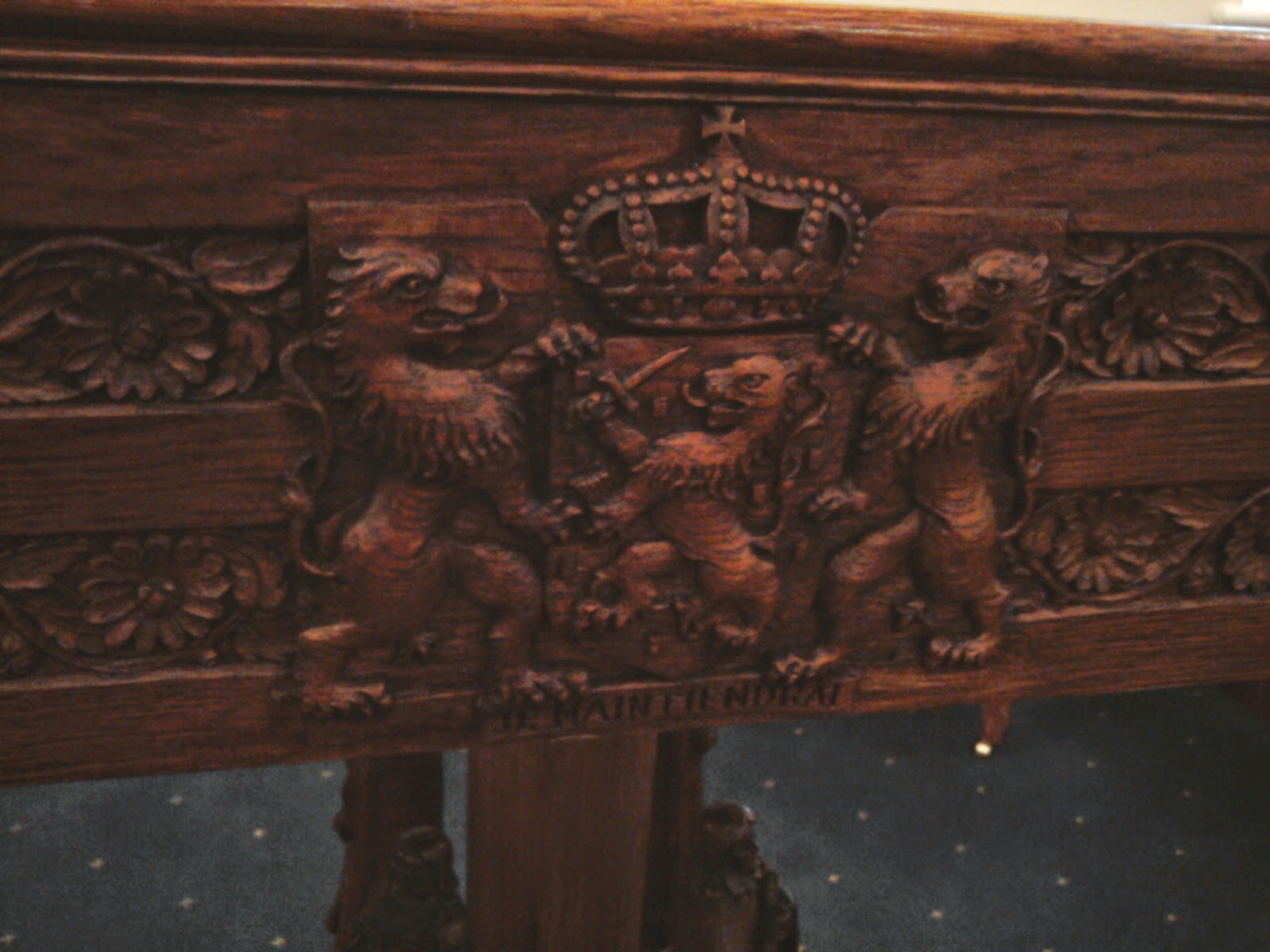