Blessed Sacrament is a Catholic church in the Glebe. It was participating in Doors Open again this year. I haven't been inside before. The church dates back to 1932, and incorporates elements of Roman design, with an altar featuring Greek monograms. 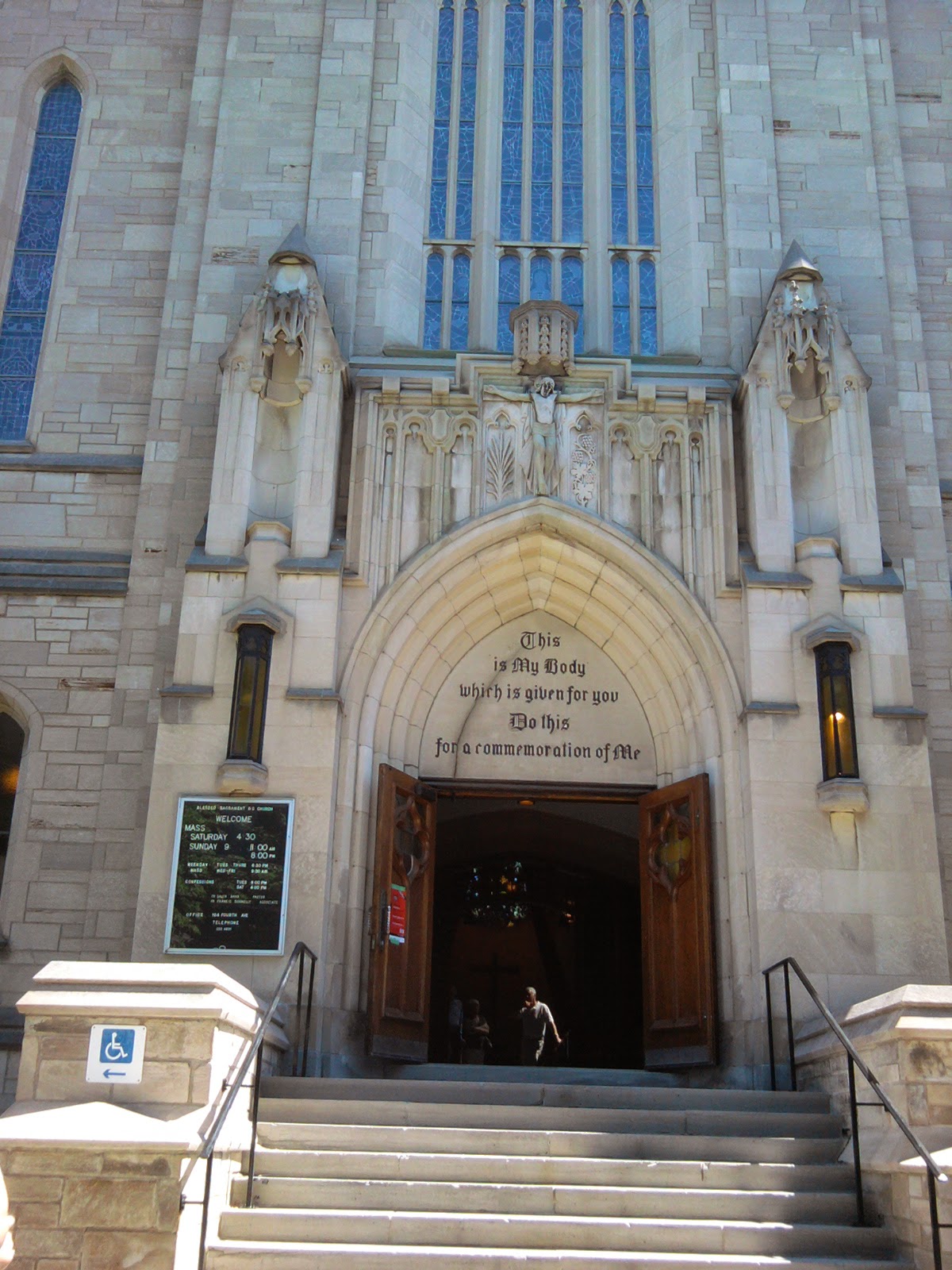 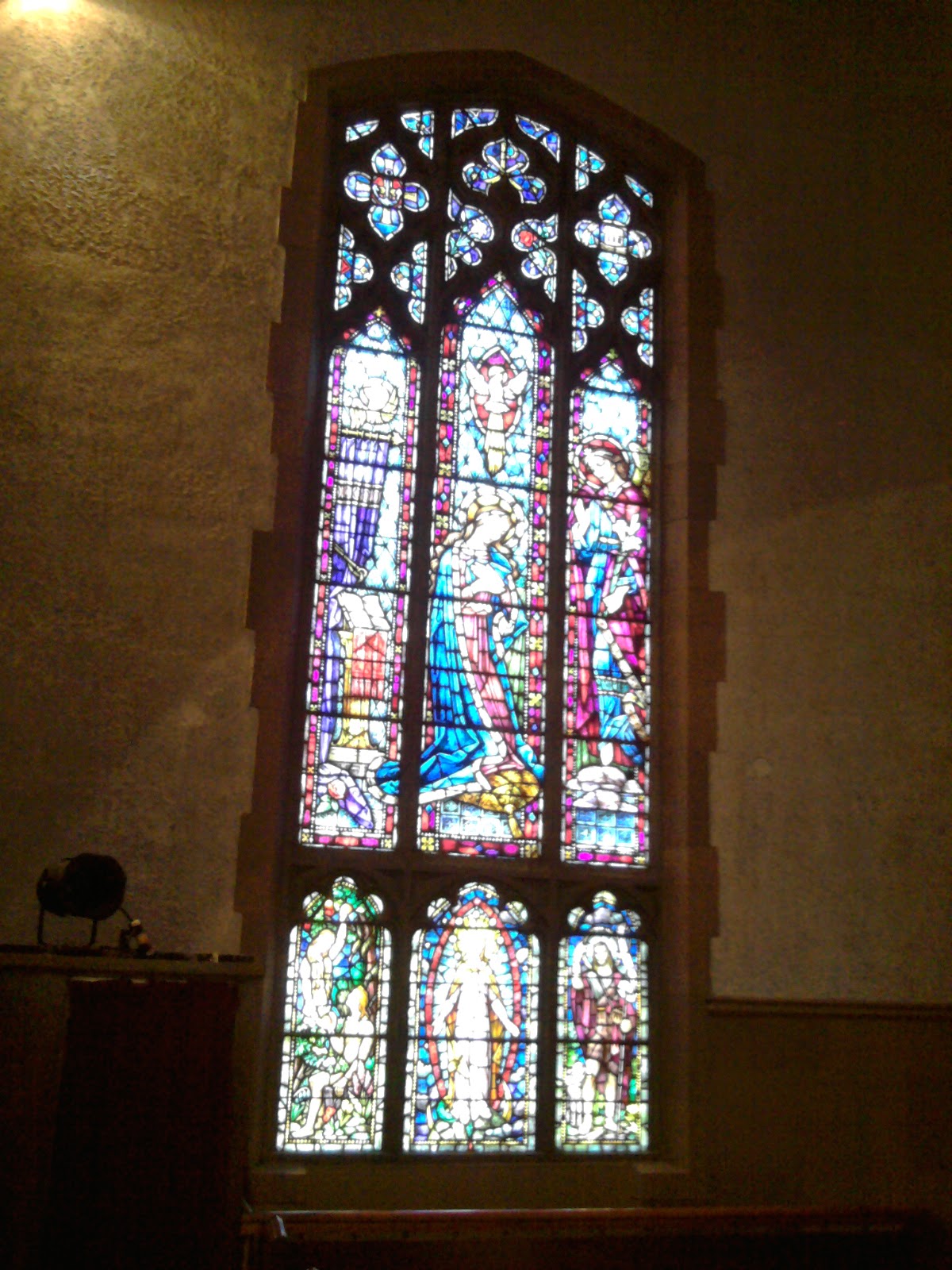 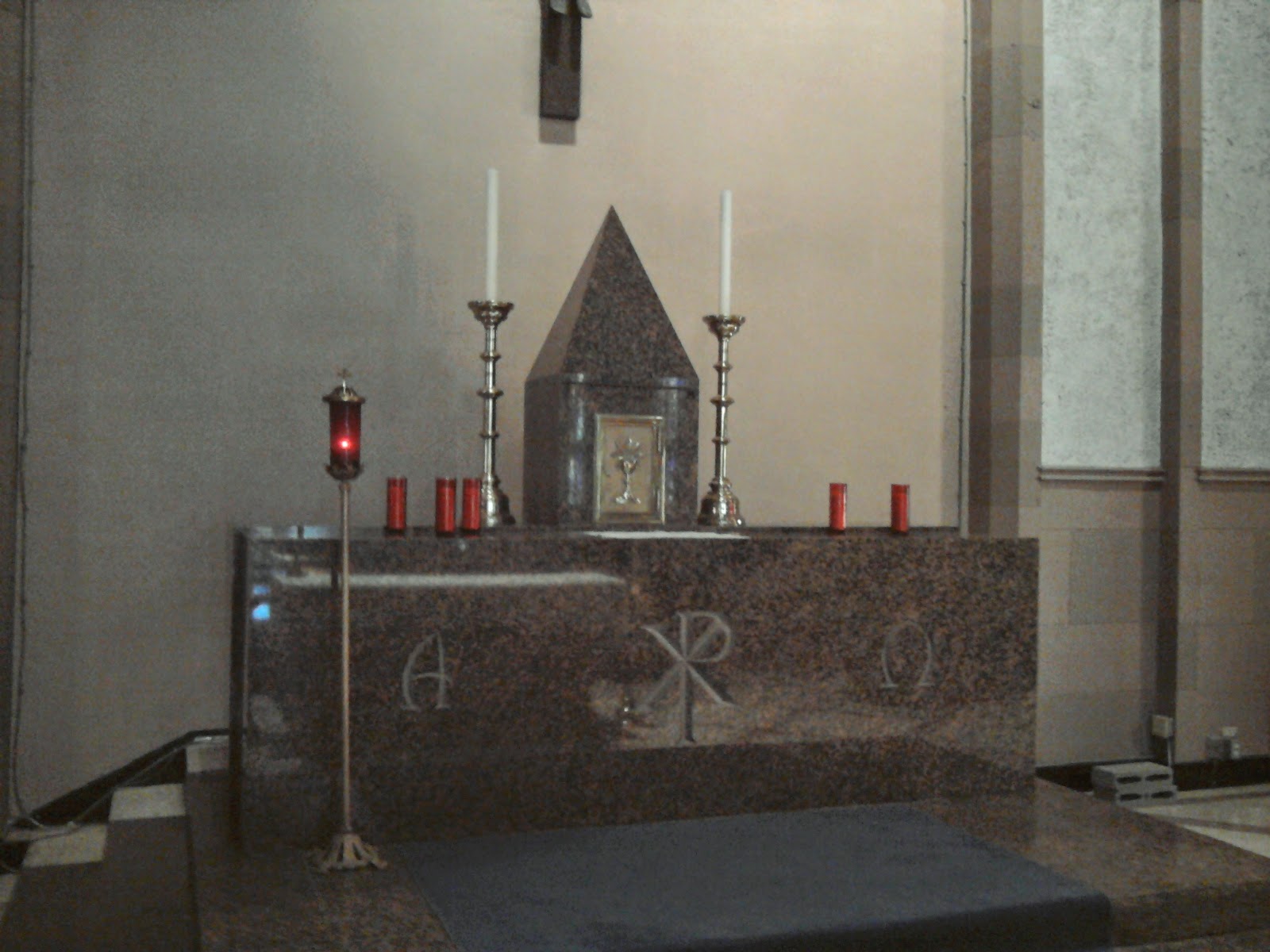 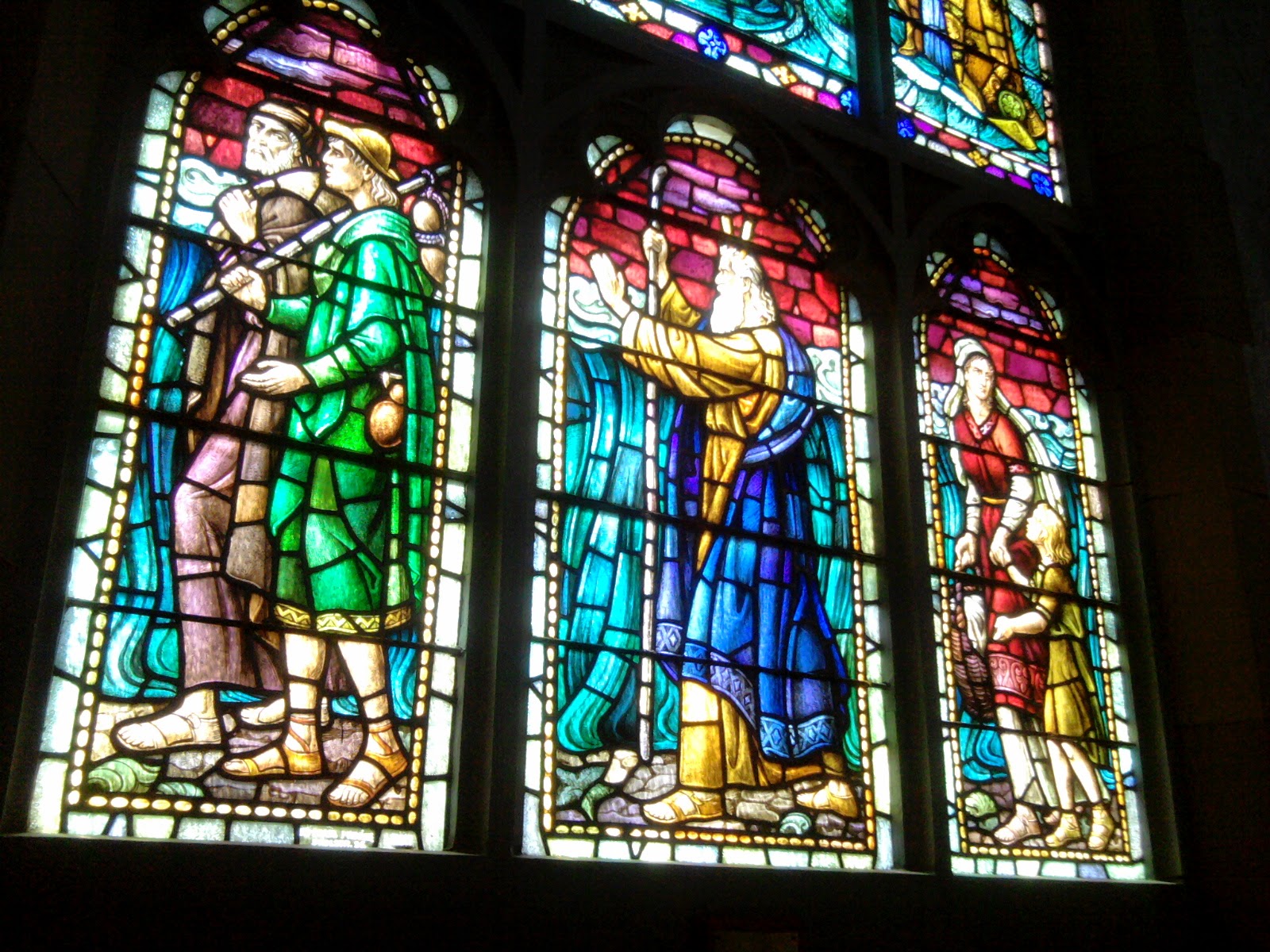 A short walk away was another destination. The Avalon Studio opened last year. There was a full scale theatre called the Avalon in this part of the Glebe for decades, until it was gutted and turned largely into retail. The bones of the building are still there, though, and for some reason, the fly gallery of the old performance space was left untouched. 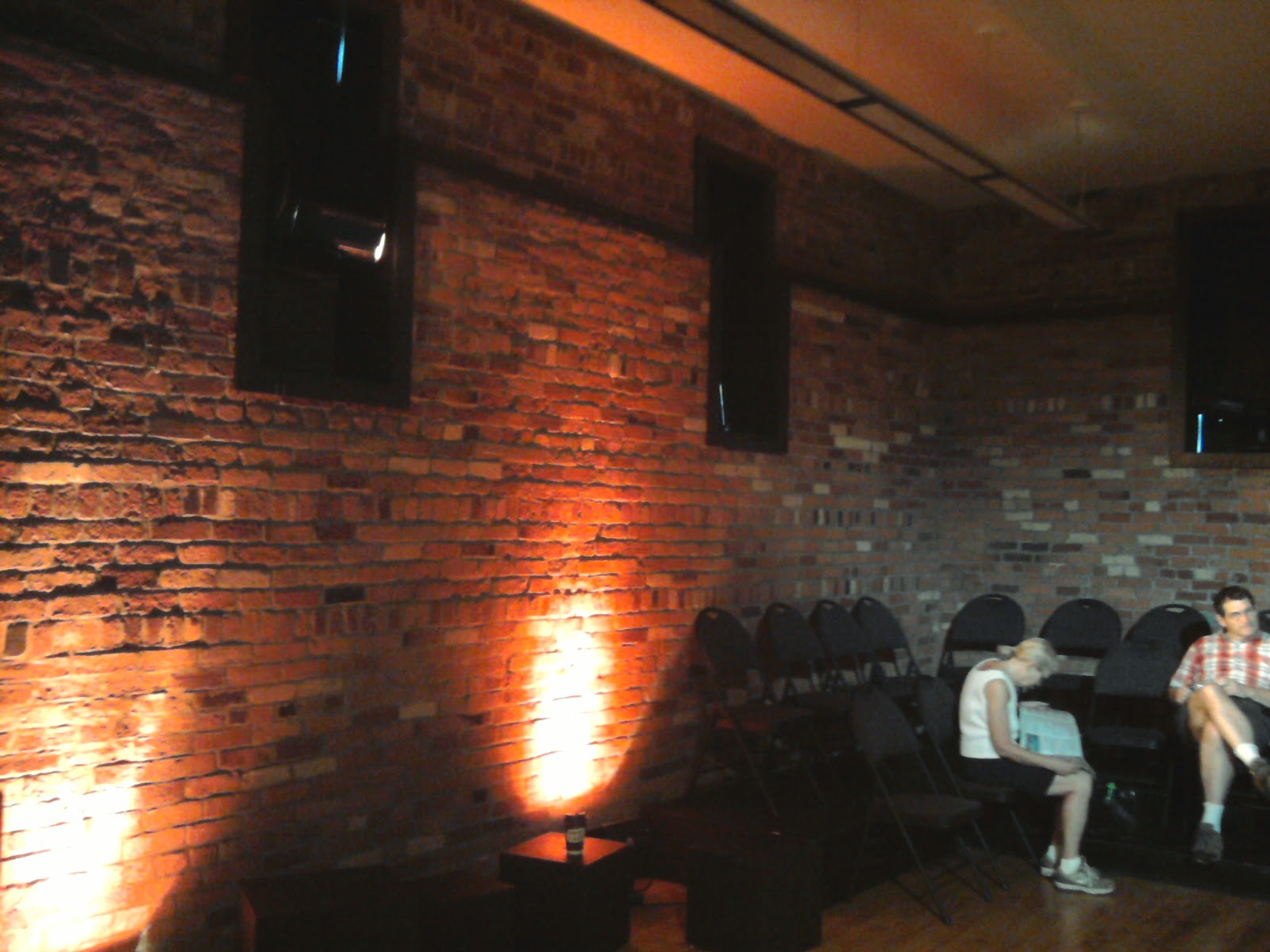 The guys who run the place were looking for studio space for acting lessons, and this place suited them. They're the two up above in this second photograph. They told me that the purpose of a learning center here has met their expectations, and that they completely underestimated the demand for a small performance space. The Avalon Studio is well booked for months to come. 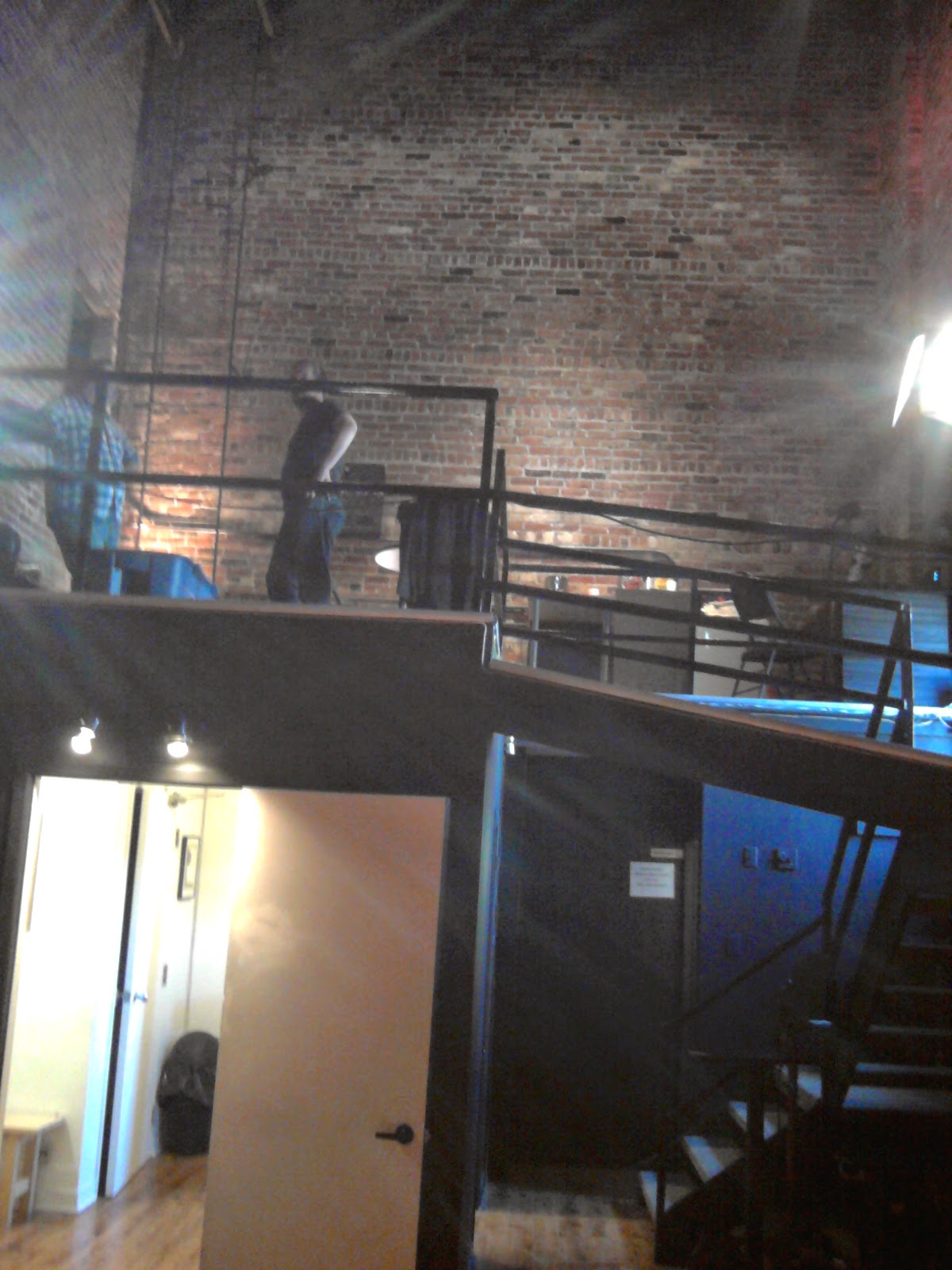 The space is quite versatile for performances; depending on what's going on, music or theatre, they can fit between sixty to eighty audience members in here. It's a marvelously preserved old space, and for so long went unnoticed. 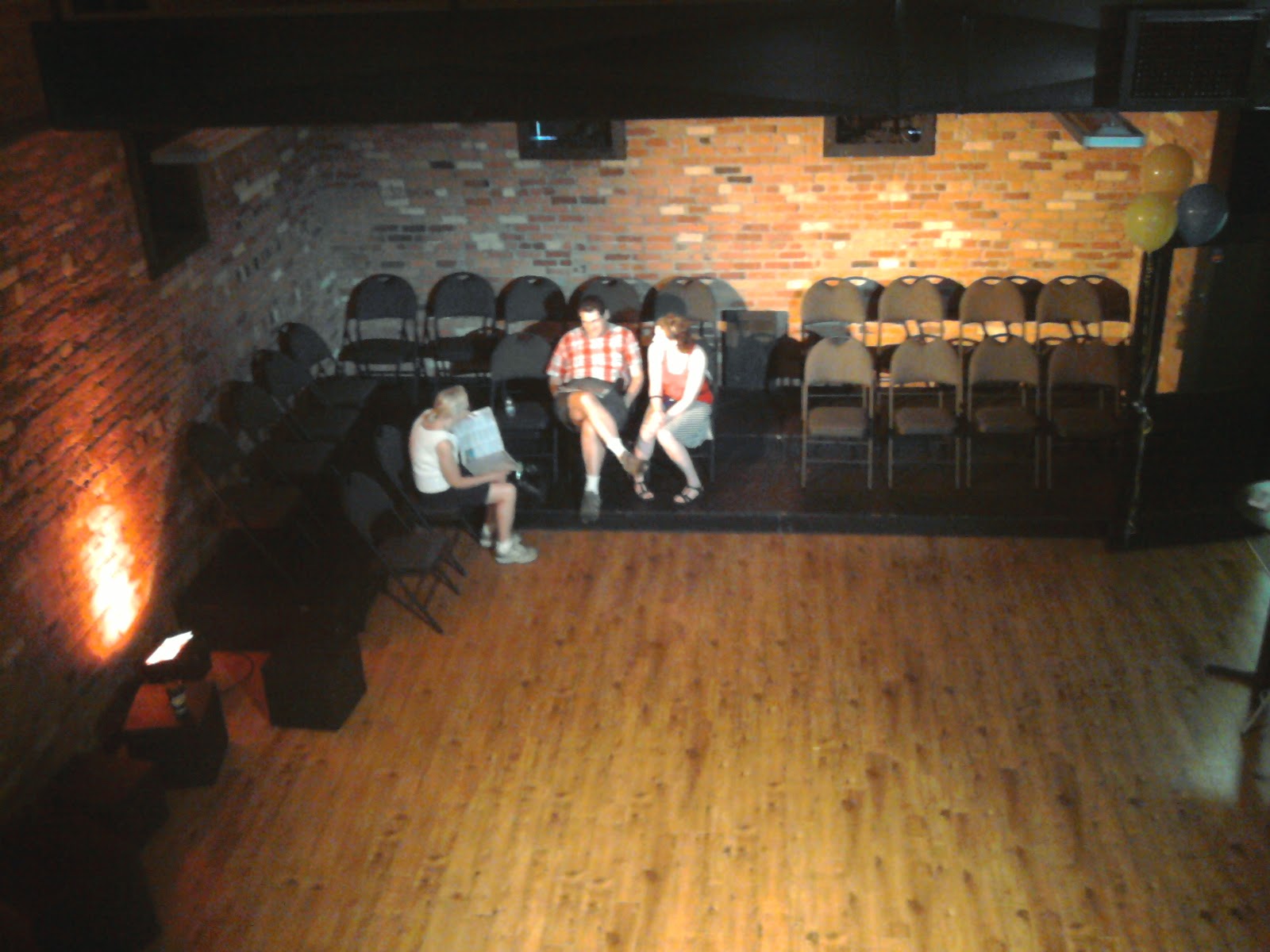