The building demolition went off yesterday- I slept right through it- and you can view footage if you like right here. Also, in reference to a question from yesterday, the artist James Hart comes from the Haida tribe in British Columbia.

I have a bit of a mixed bag of shots today, taken at assorted times and places. This was from May, with a monster truck driving through the Glebe. I don't understand the monster truck culture. I'd rather step into the Marble Slab there beyond it for some ice cream. 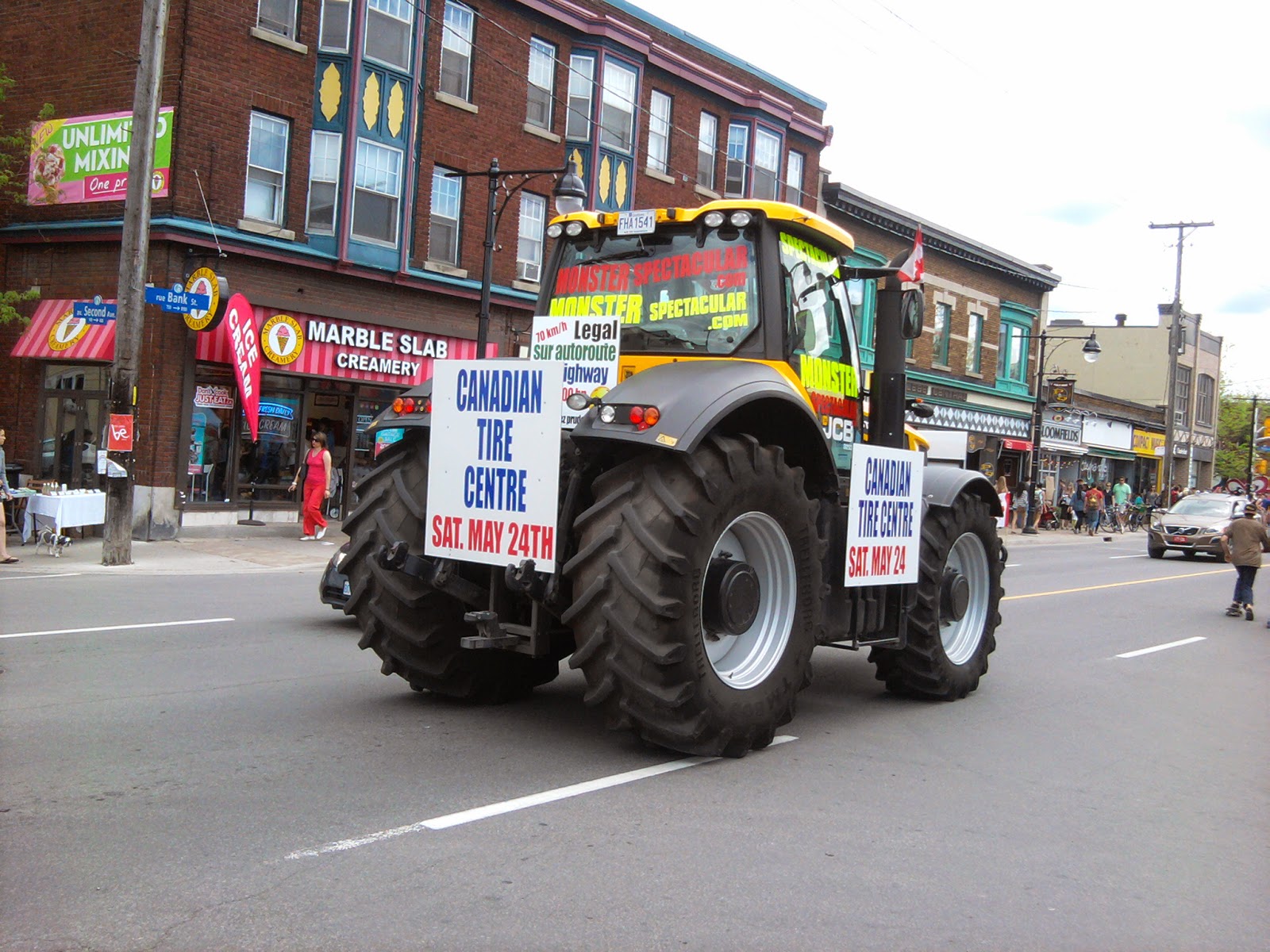 Also from May, this was on Victoria Day. The military trucks behind Centre Block on Parliament Hill had dropped off the Howitzers that were used to salute Queen Victoria. 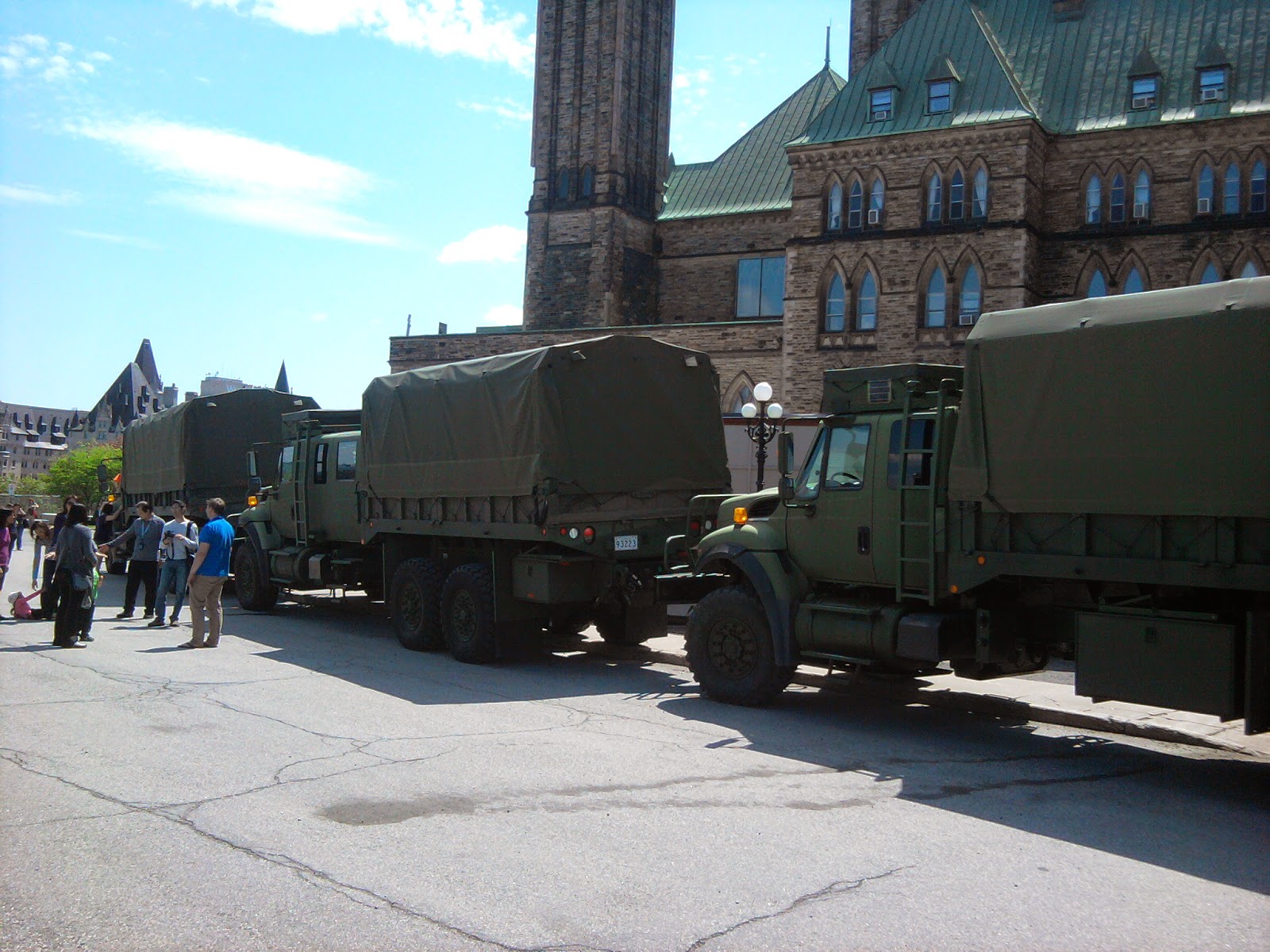 The flag of St. George, a nod to the English team, was up during the World Cup at this pub in the Glebe. 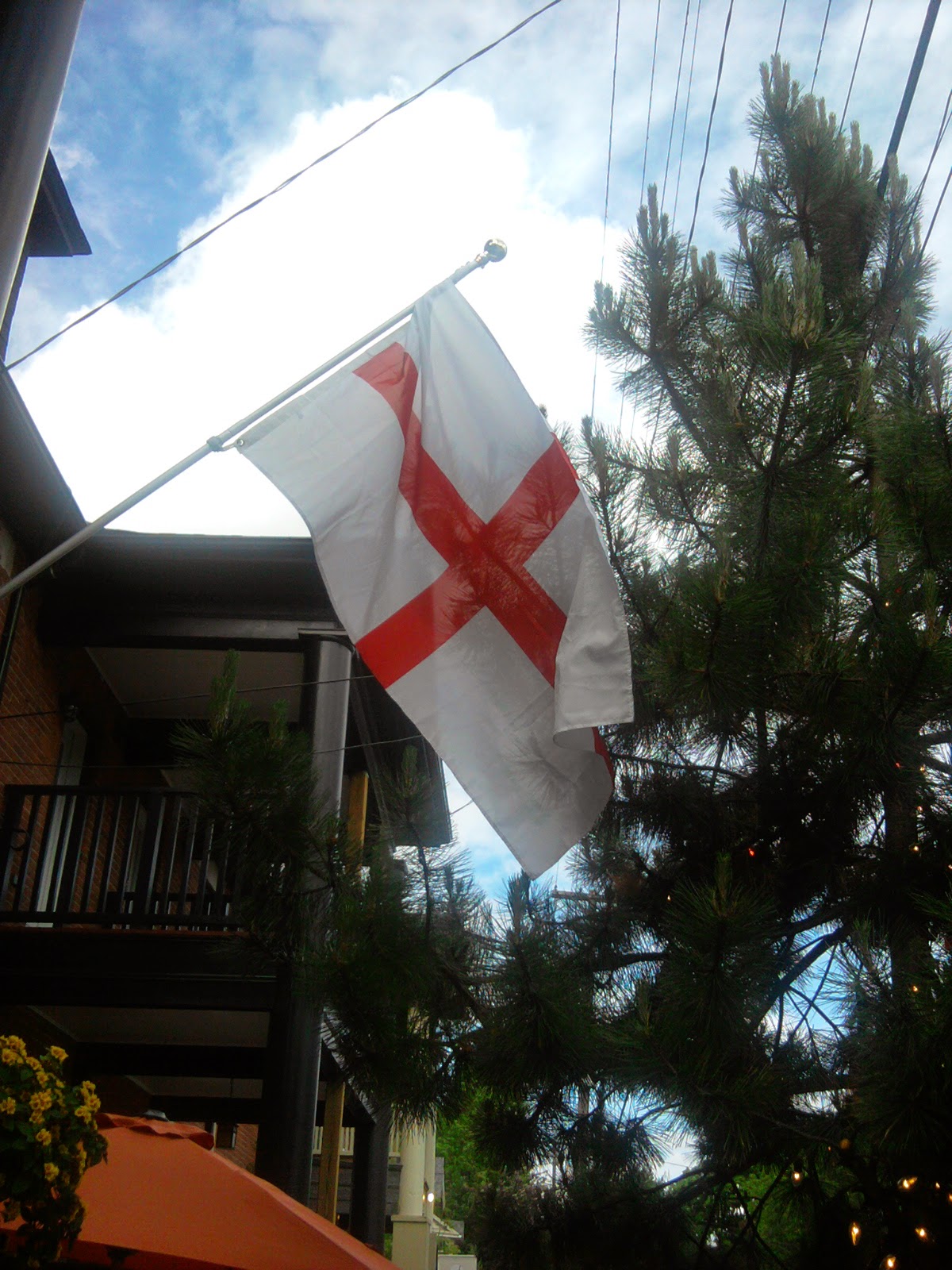 On Doors Open weekend in June while I was on Sparks Street, a series of antique and sports cars were parked on the pedestrian mall. 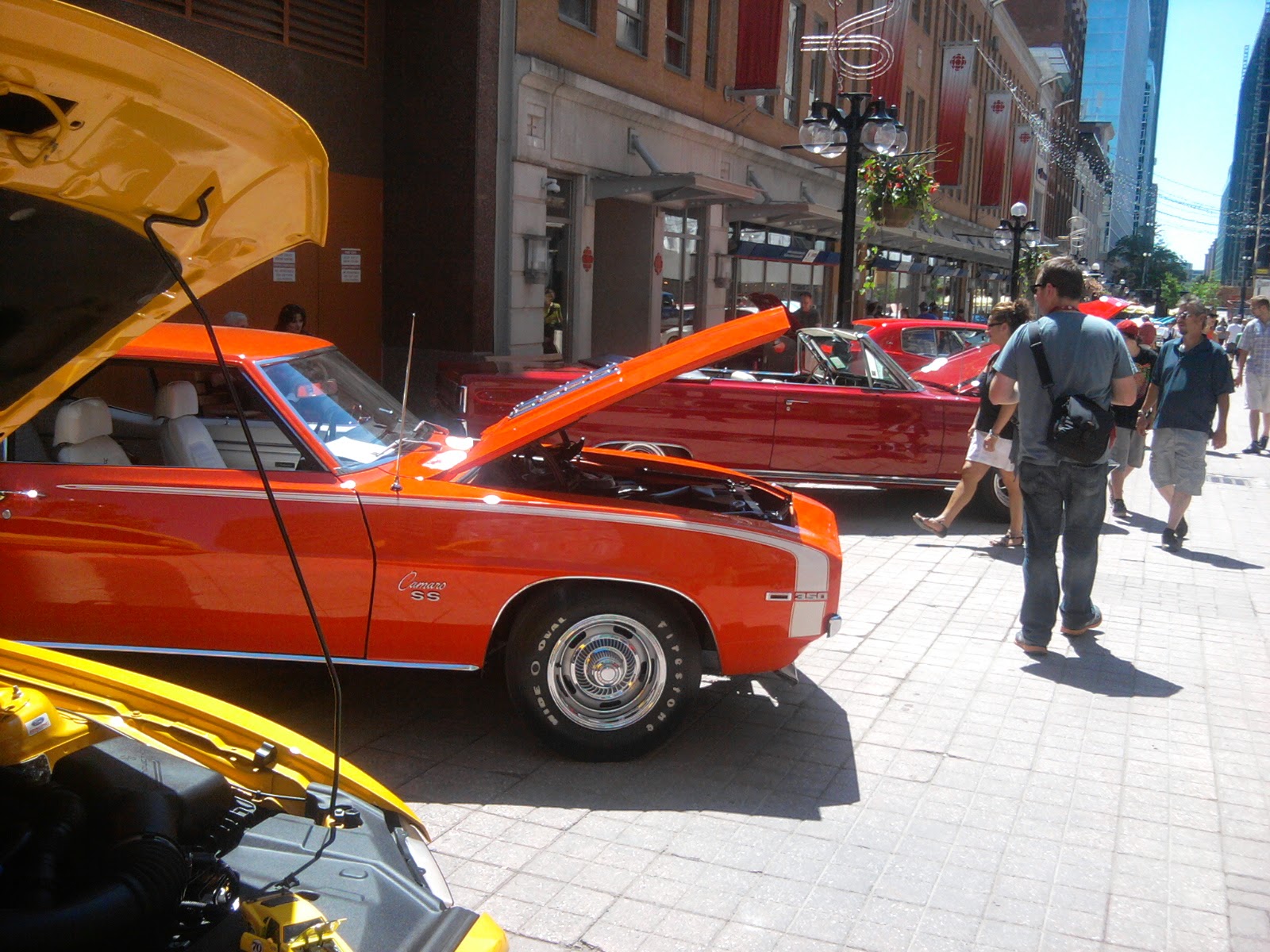 The bagpiper below could be heard from a long way off, here at the intersection of Bank and Sparks Street. 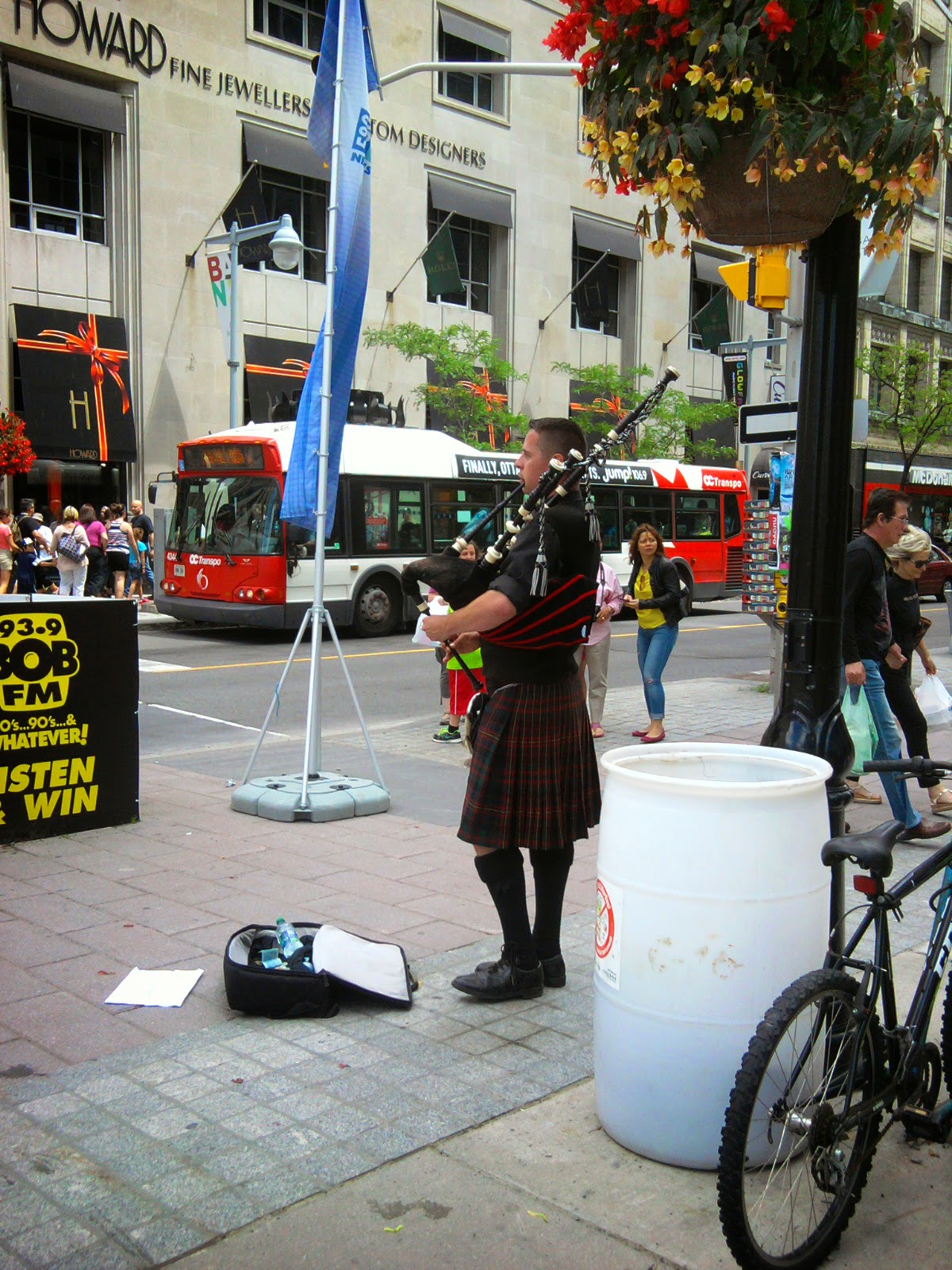 Here where Plaza Bridge becomes Elgin Street are a series of flagpoles with the national, provincial, and territorial flags. 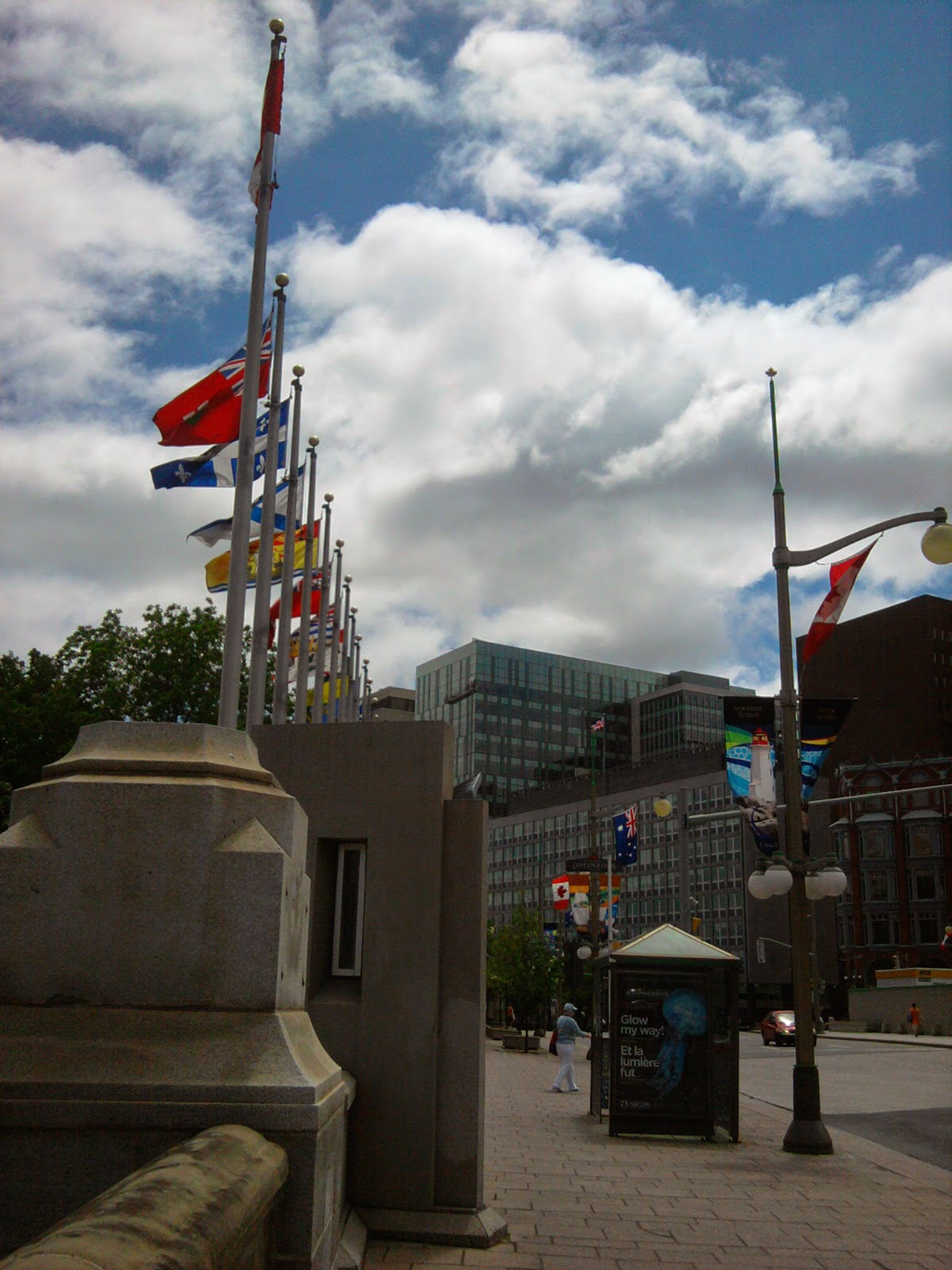 Close by is this statue of Brigadier Andrew Gault. Compare it to the last time I featured it. 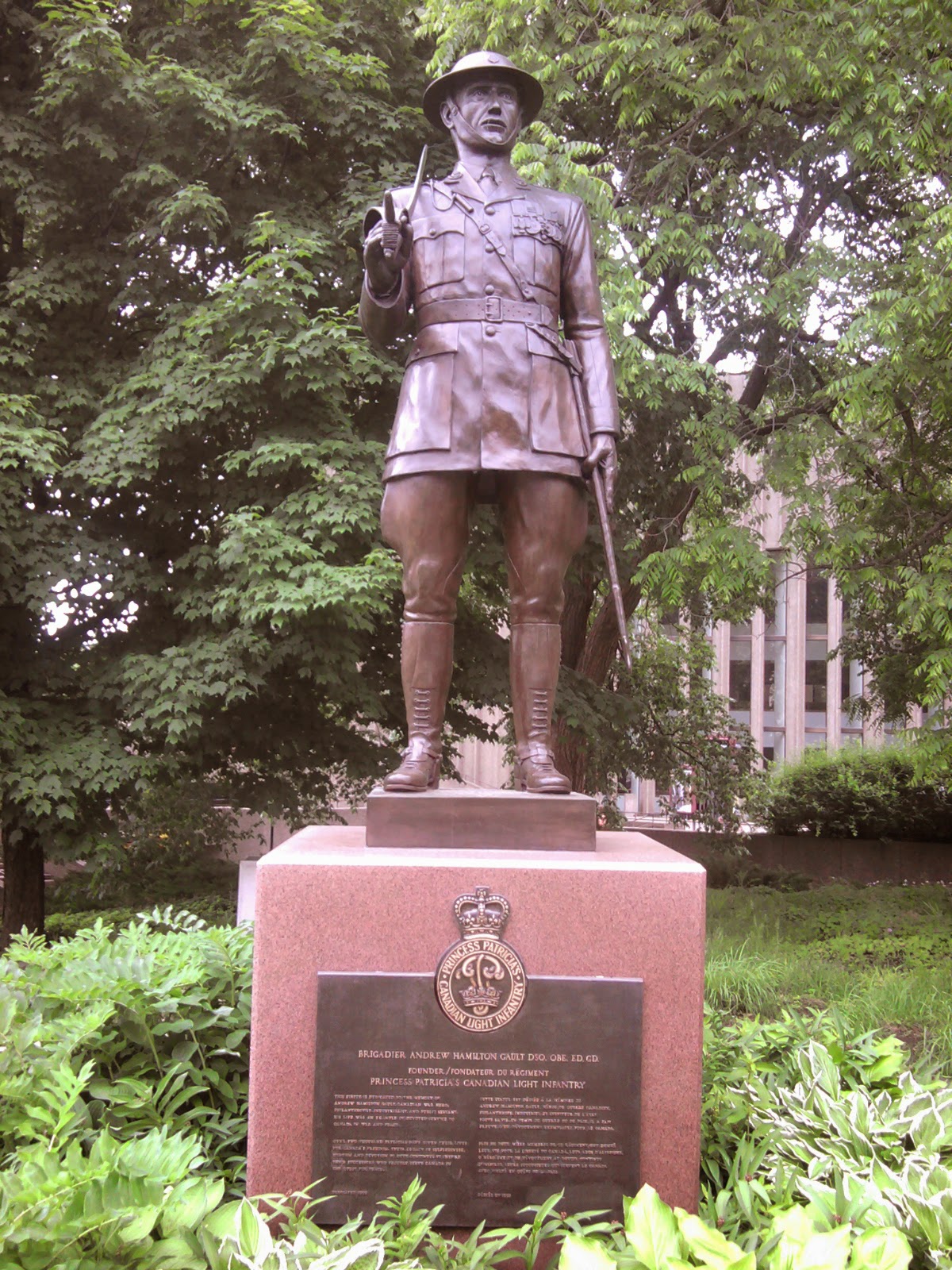 A recent shot of the National Arts Centre; this pair of large billboards on the west wall features two different programs coming up in the fall, one music and one theatre. 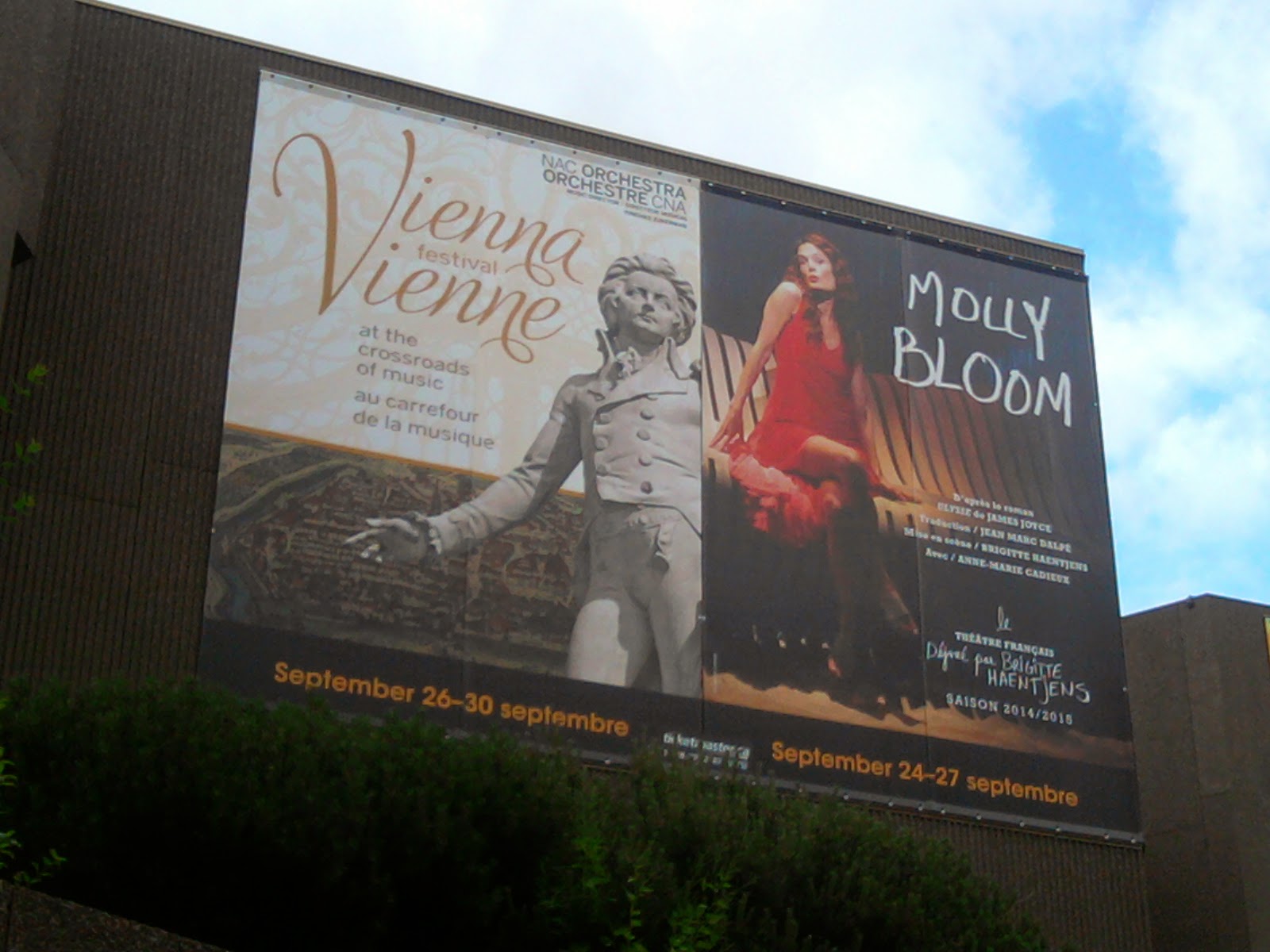