The Valiants encircle the staircase leading down from Plaza Bridge. The top of the War Memorial can be glimpsed in the background; the site has been undergoing some work in recent months, but will soon be reopened to the public. Here I wanted a wider shot. 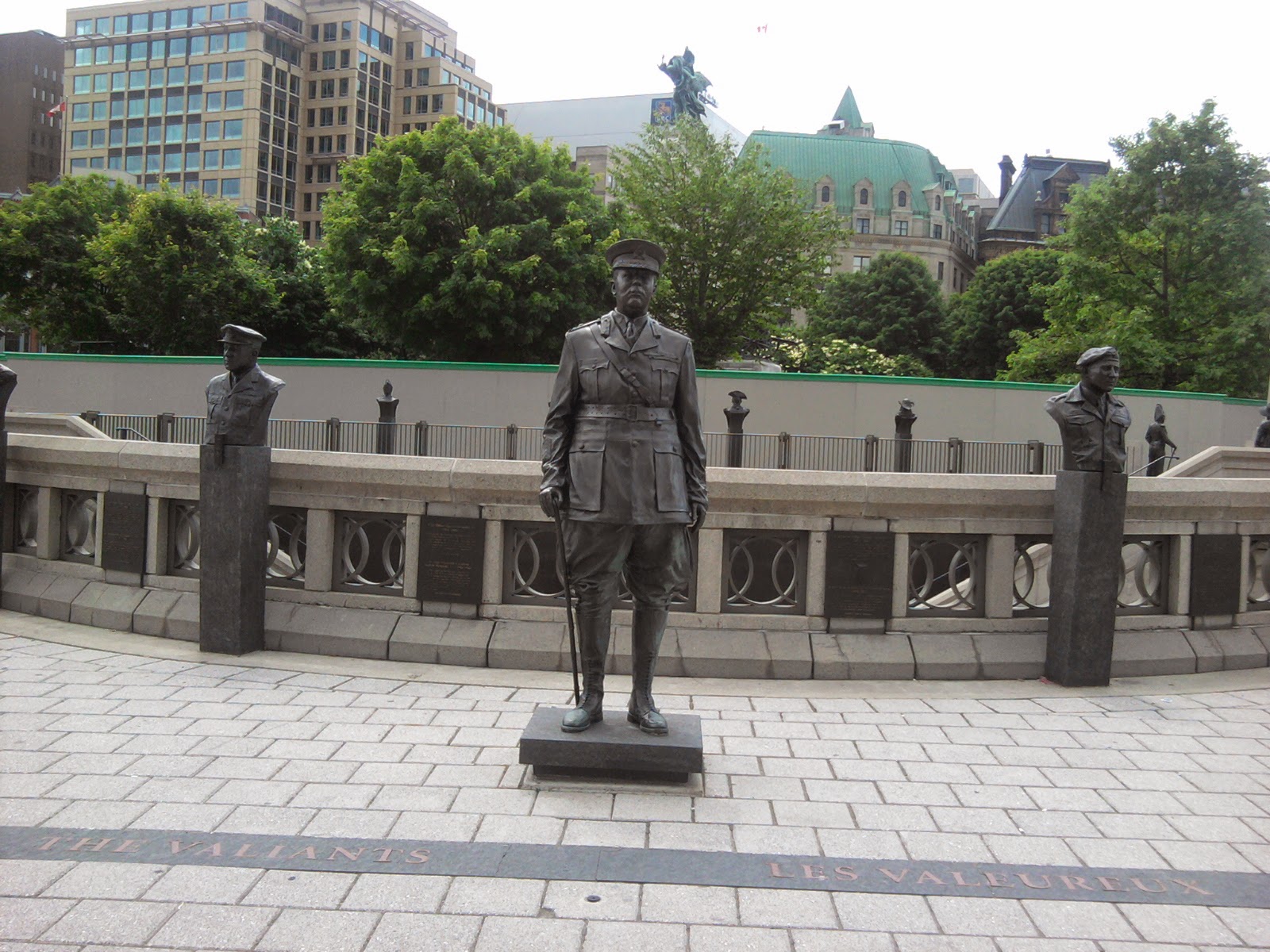 This rather large statue commemorates General  Sir Arthur Currie, who planned the attack on Vimy Ridge and led Canadian forces through much of the First World War. 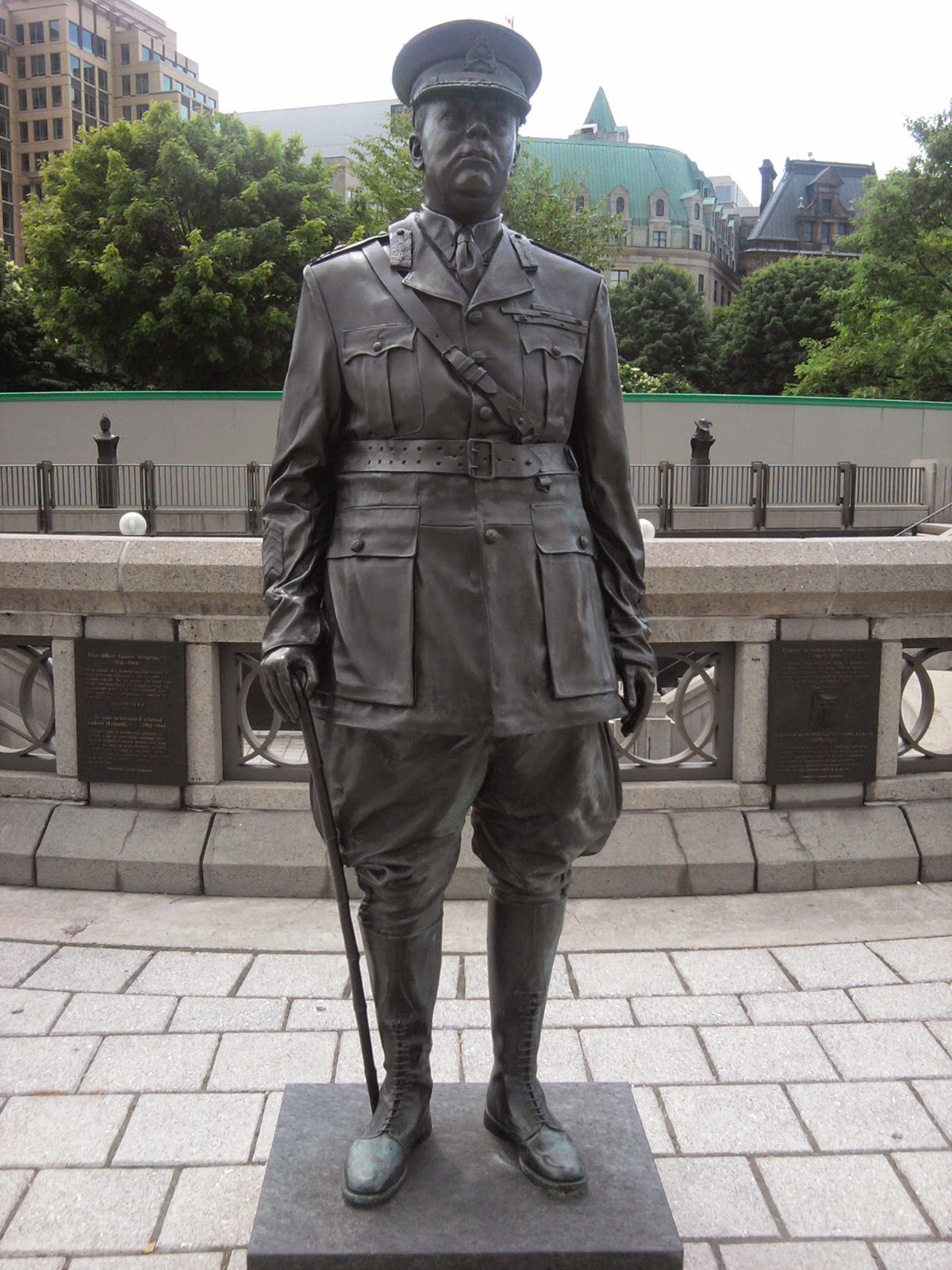 Pilot Officer Andrew Mynarski was an air gunner on a Lancaster bomber during the Second World War. The plane had been hit in action, and was on fire; he was awarded the Victoria Cross posthumously for his attempts to save a trapped comrade (who survived the crash). 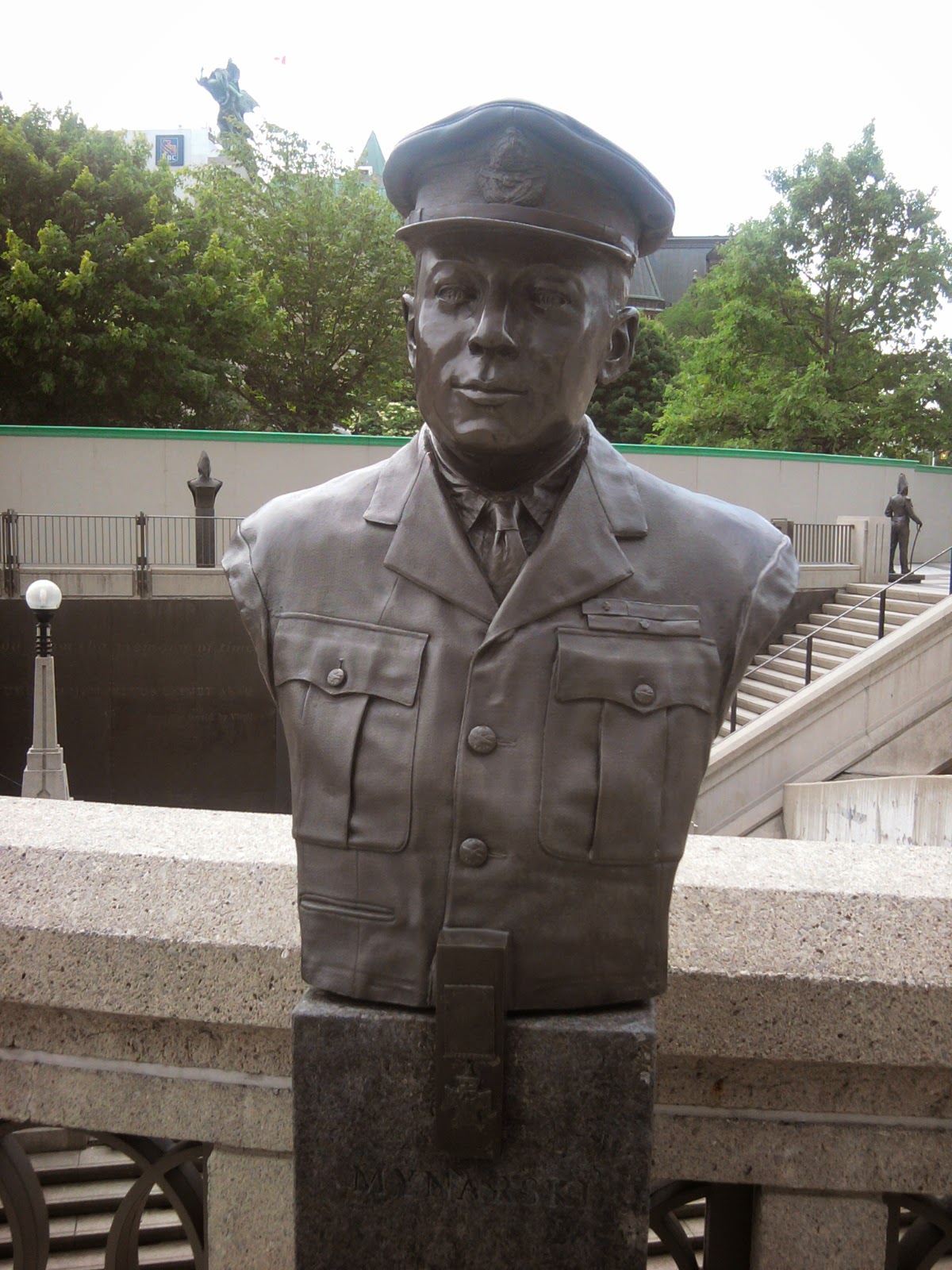 And this last member of The Valiants is Lieutenant Hampton Gray, a pilot who served all over during the Second World War, from Africa and Norway to the Pacific theatre. He won the Victoria Cross posthumously for his successful attack on and sinking of a Japanese destroyer on August 9th, 1945, in Japanese waters. He was thus one of the final Canadian casualties of the war, and has the unique distinction of being the only foreign military serviceman to have a memorial on Japanese soil, near the site of that engagement at Onagawa Bay. 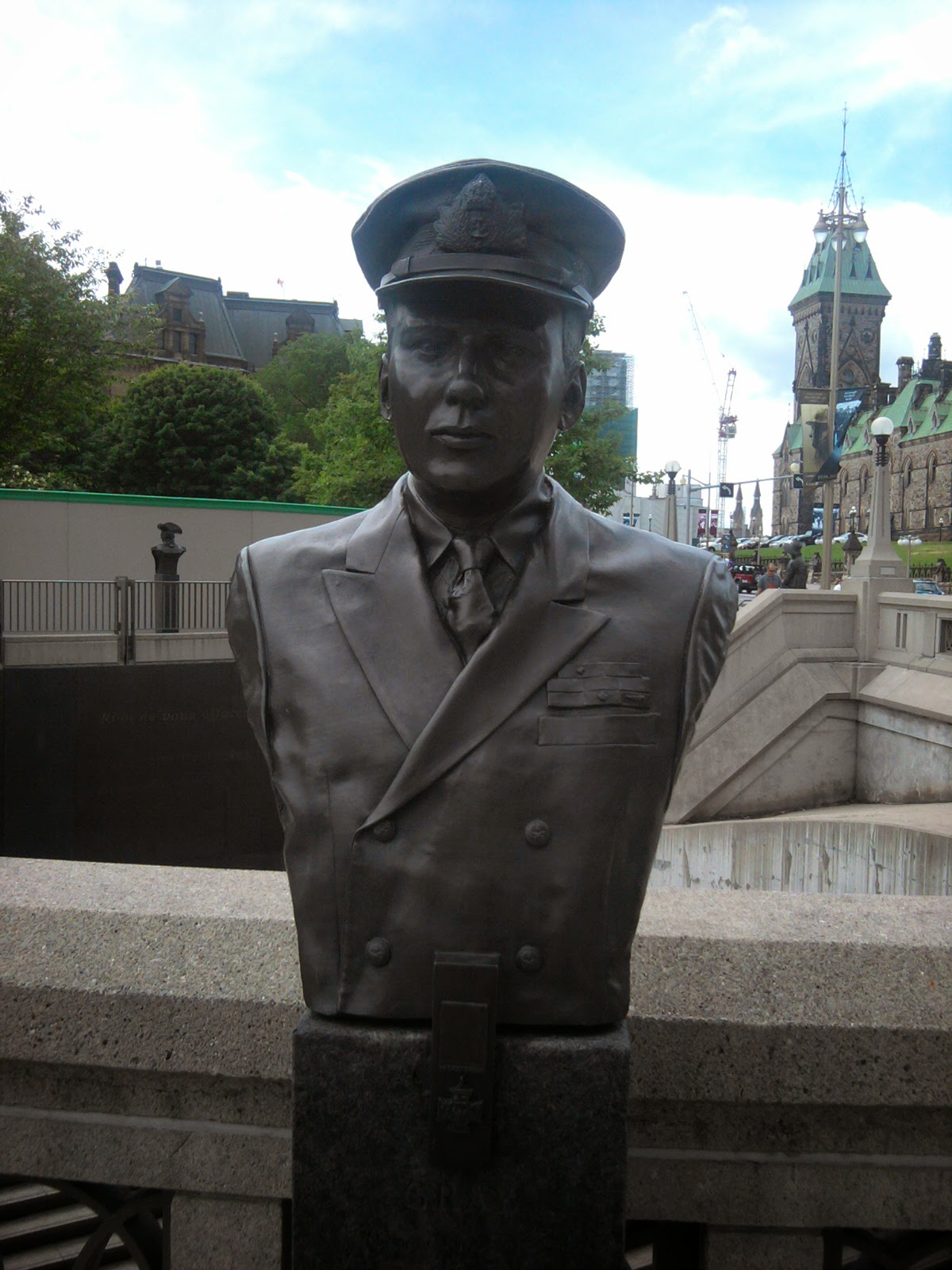