I'm spending a few days on Parliament Hill, with photos I've taken at various points during spring and summer.

There has been a great deal of work going on here in the last number of years, and it will be continuing well into the next decade. Restoration work must be done, and it will take awhile. Most of the emphasis in recent years has been on the West Block, which will from what I've heard include a temporary House of Commons while the Centre Block is worked on. Here the back side of the building is slowly emerging from beneath the scaffolding, with sandblasting having had done remarkable work on the stone. 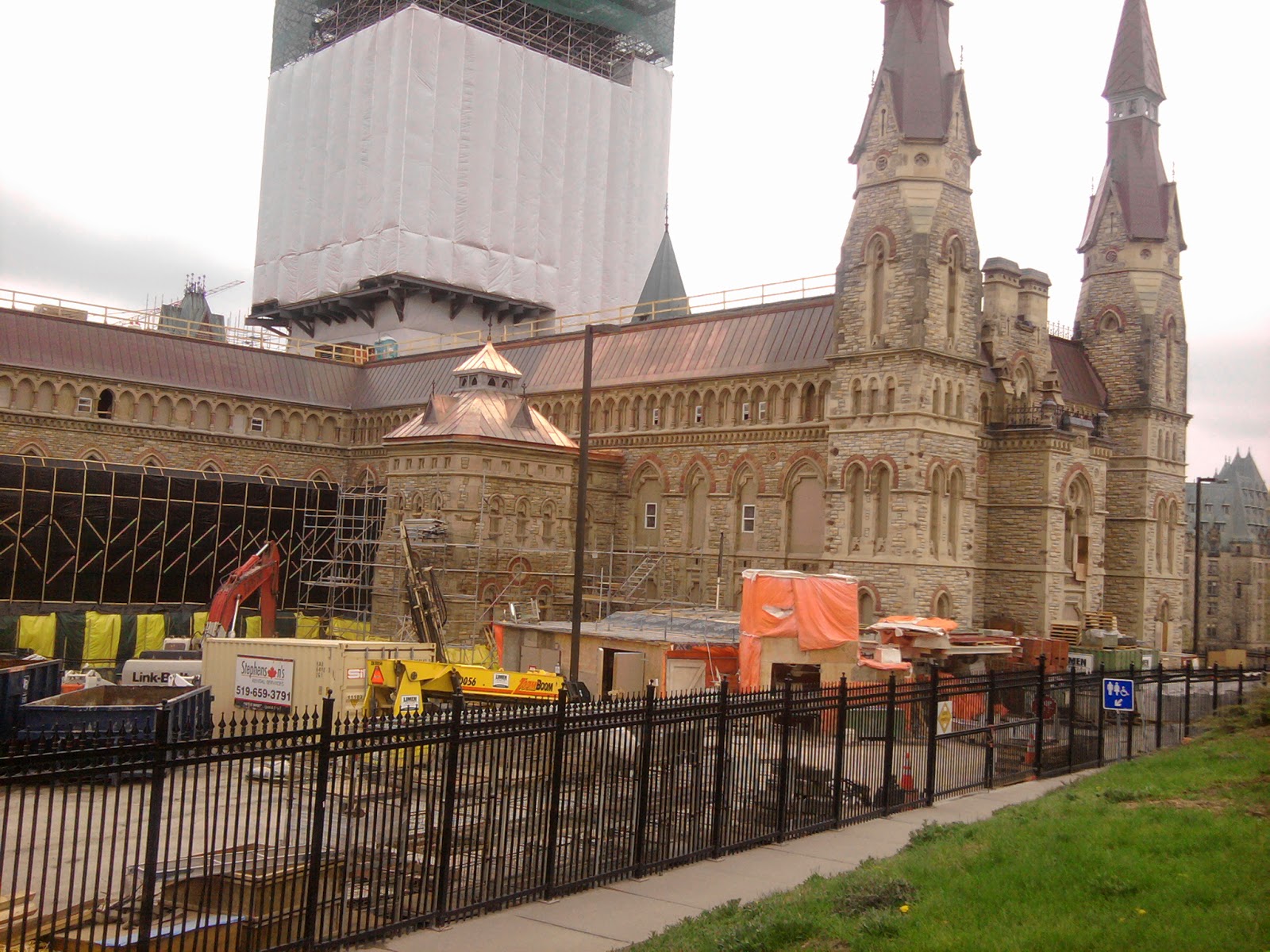 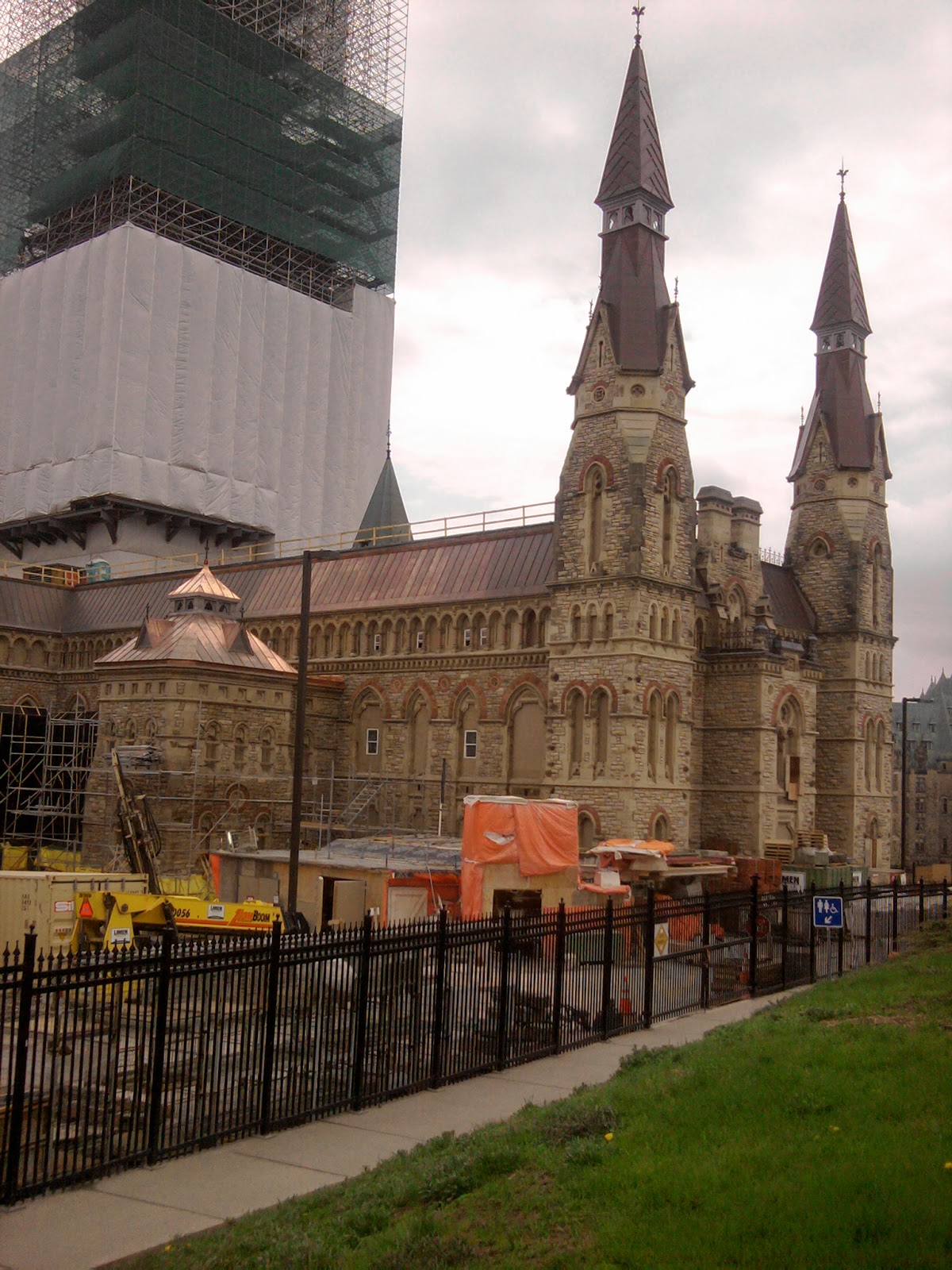 The windows that are normally in place have yet to be reset, but that'll come. 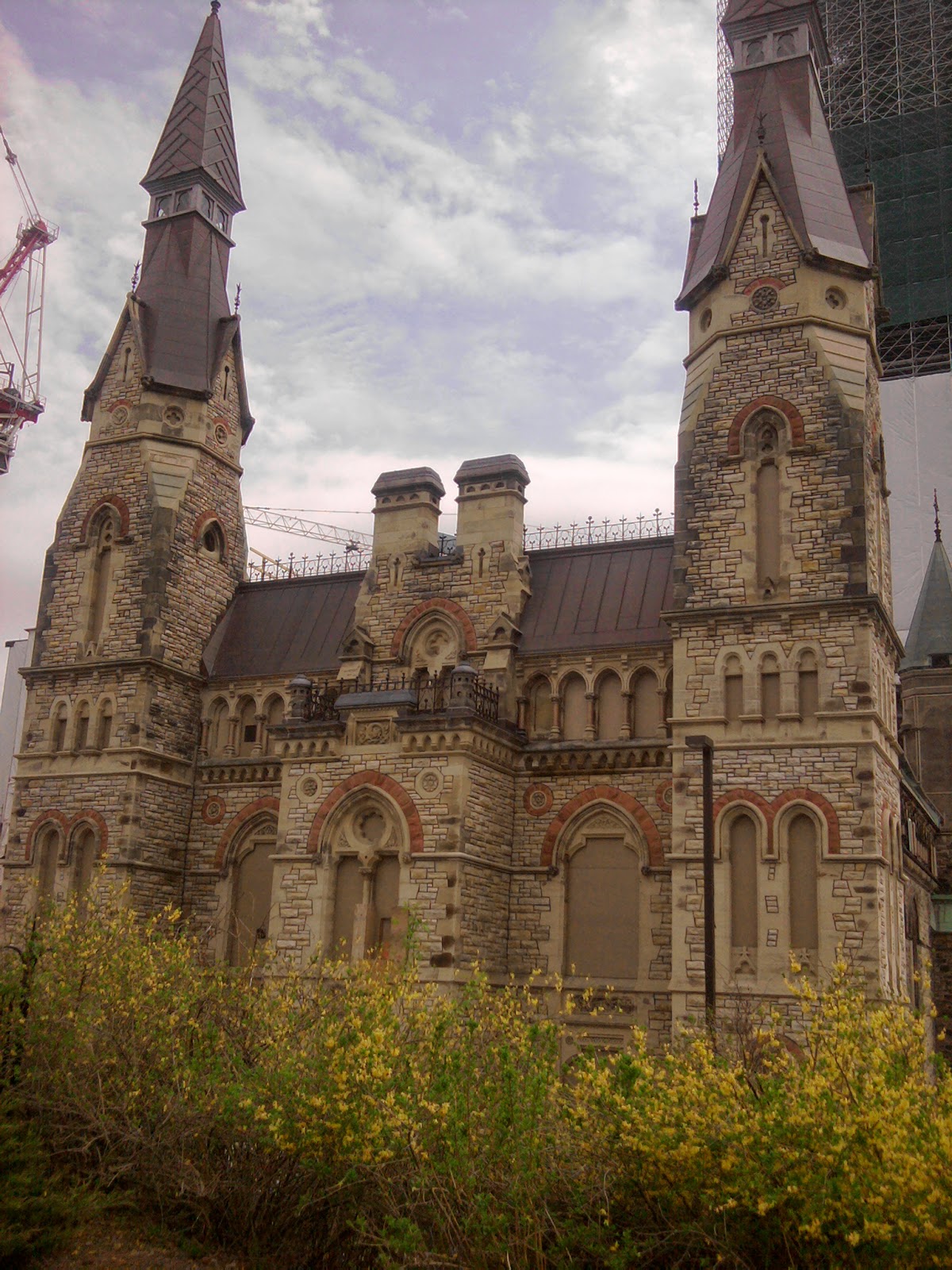 Beyond the West Block, on the highest point of Parliament Hill, I took this shot of the two westernmost blocks on the Hill, the Confederation Building and the Justice Building. From here they look like a single building, but it's a pair. The two buildings date back to the 1920s and 1930s, and share the general Gothic style of the other buildings on the Hill. 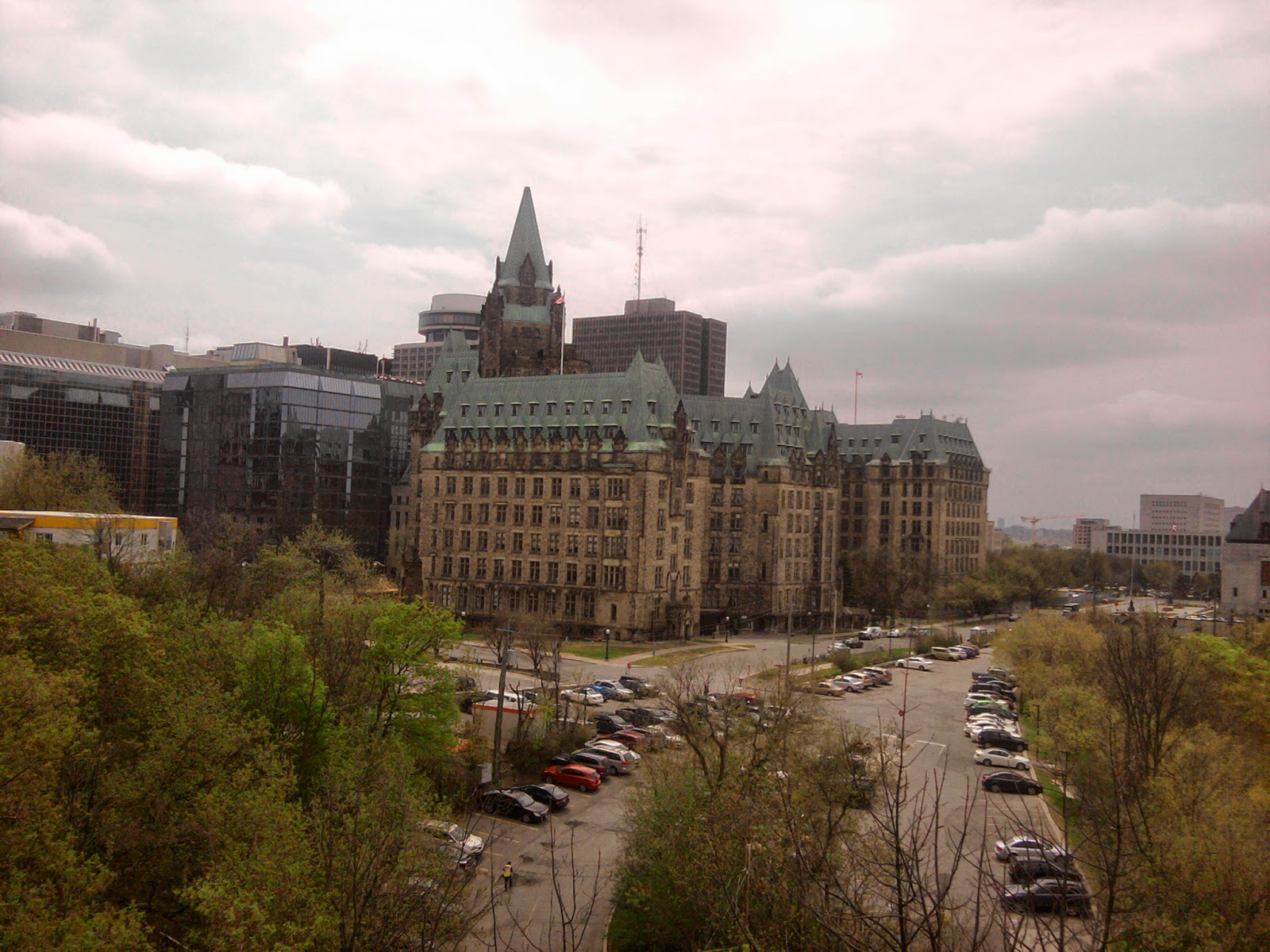 I leave off with this arch, set on the East Block, which could use some sandblasting. 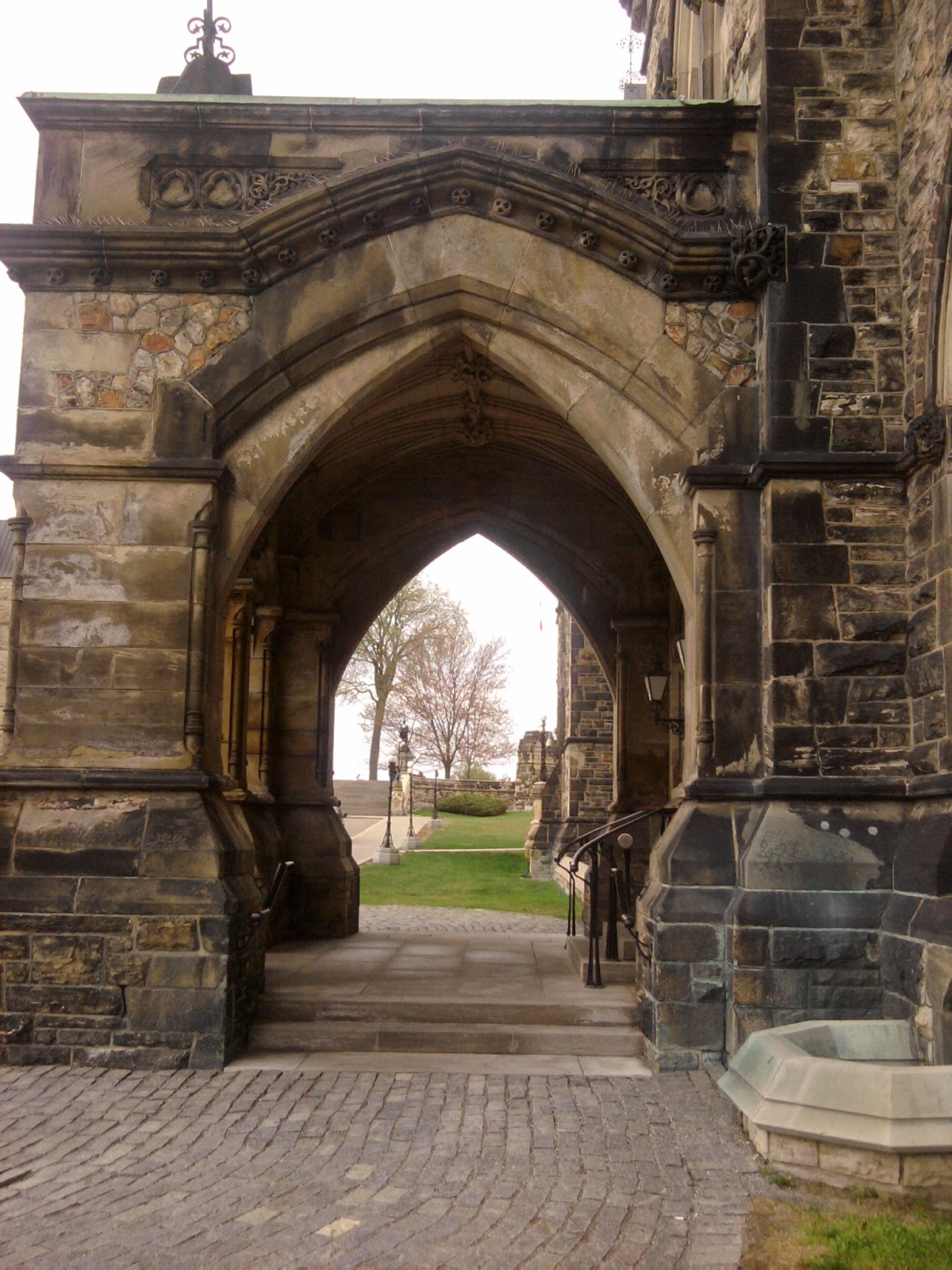