Into The Mists Of Time

I last showed you some of the sculptures here in winter. I thought I would go through these statues and busts at Plaza Bridge, called The Valiants, for a few days. They stand between the National War Memorial, the Chateau Laurier, and the Government Conference Centre, and represent figures in Canadian military history.

We start with the Comte de Frontenac, governor of New France, who defended Quebec against an English attack in 1690. 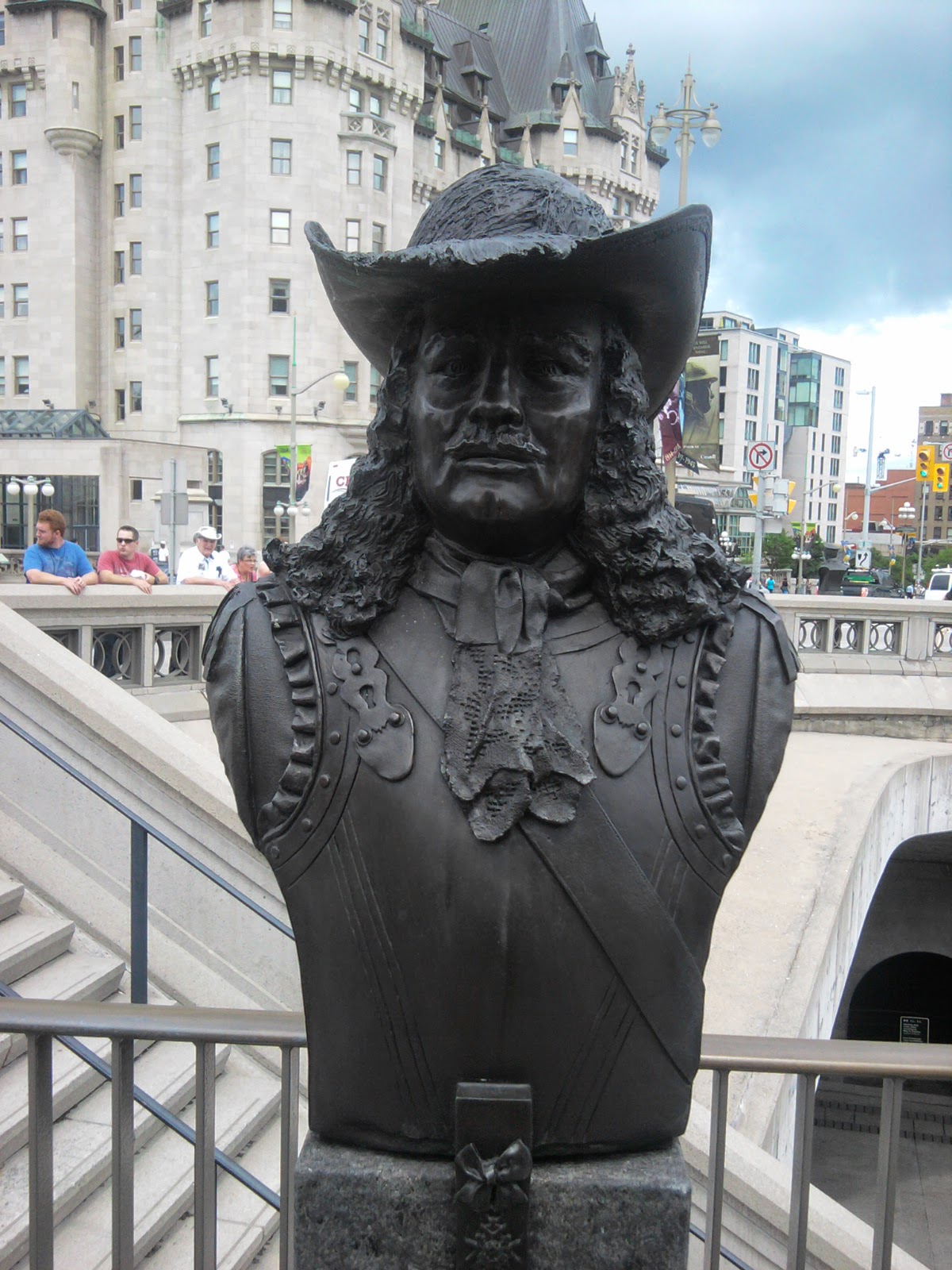 Lt. Colonel John Butler served during the American Revolution, leading a band of Loyalists called Butler's Rangers in engagements against American forces from Kentucky to New York State. The Rangers settled in the Niagara area after the Revolution. 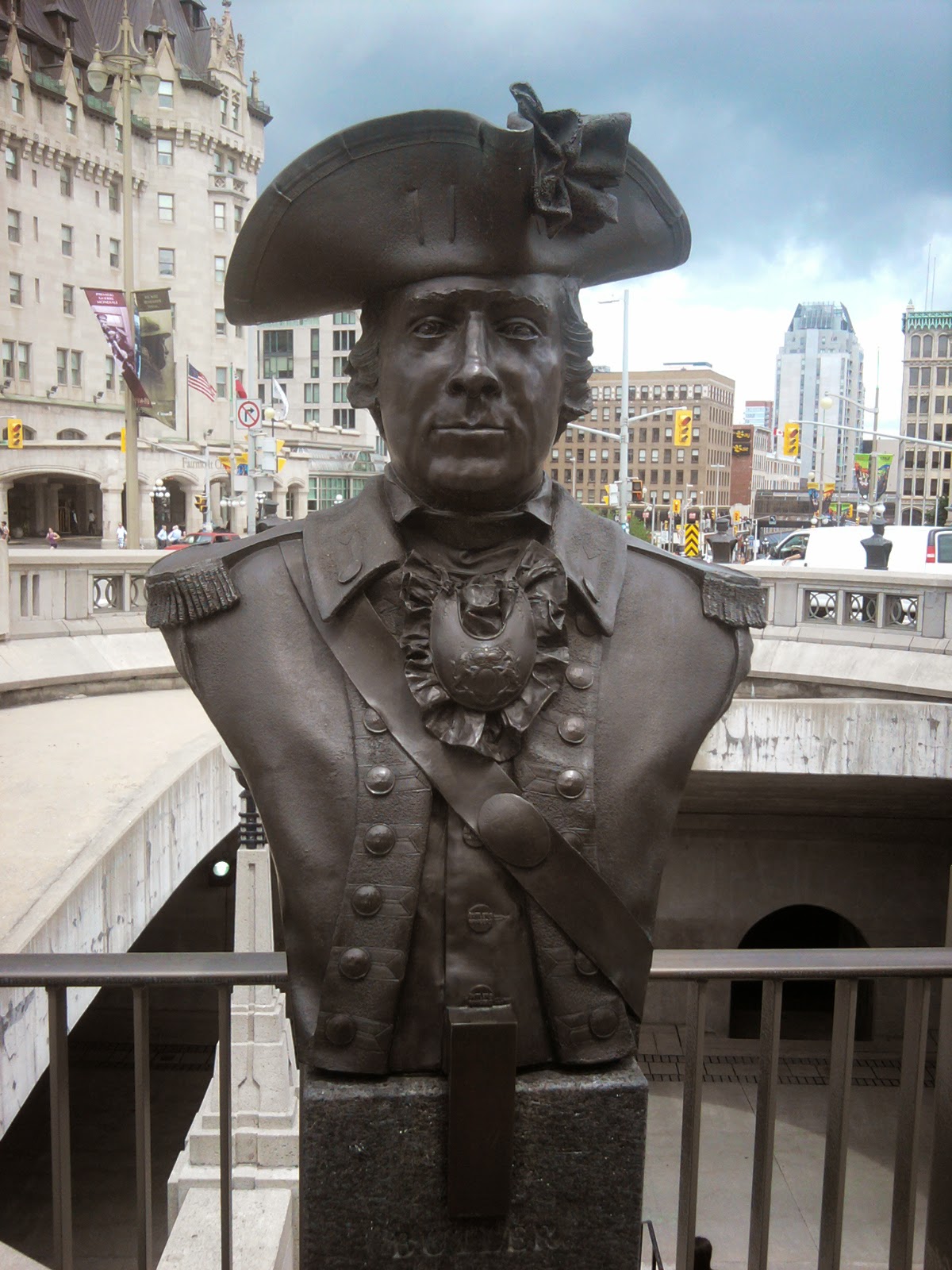 Laura Secord lived in the Niagara region during the War Of 1812. She delivered news of an impending American attack to British officers. 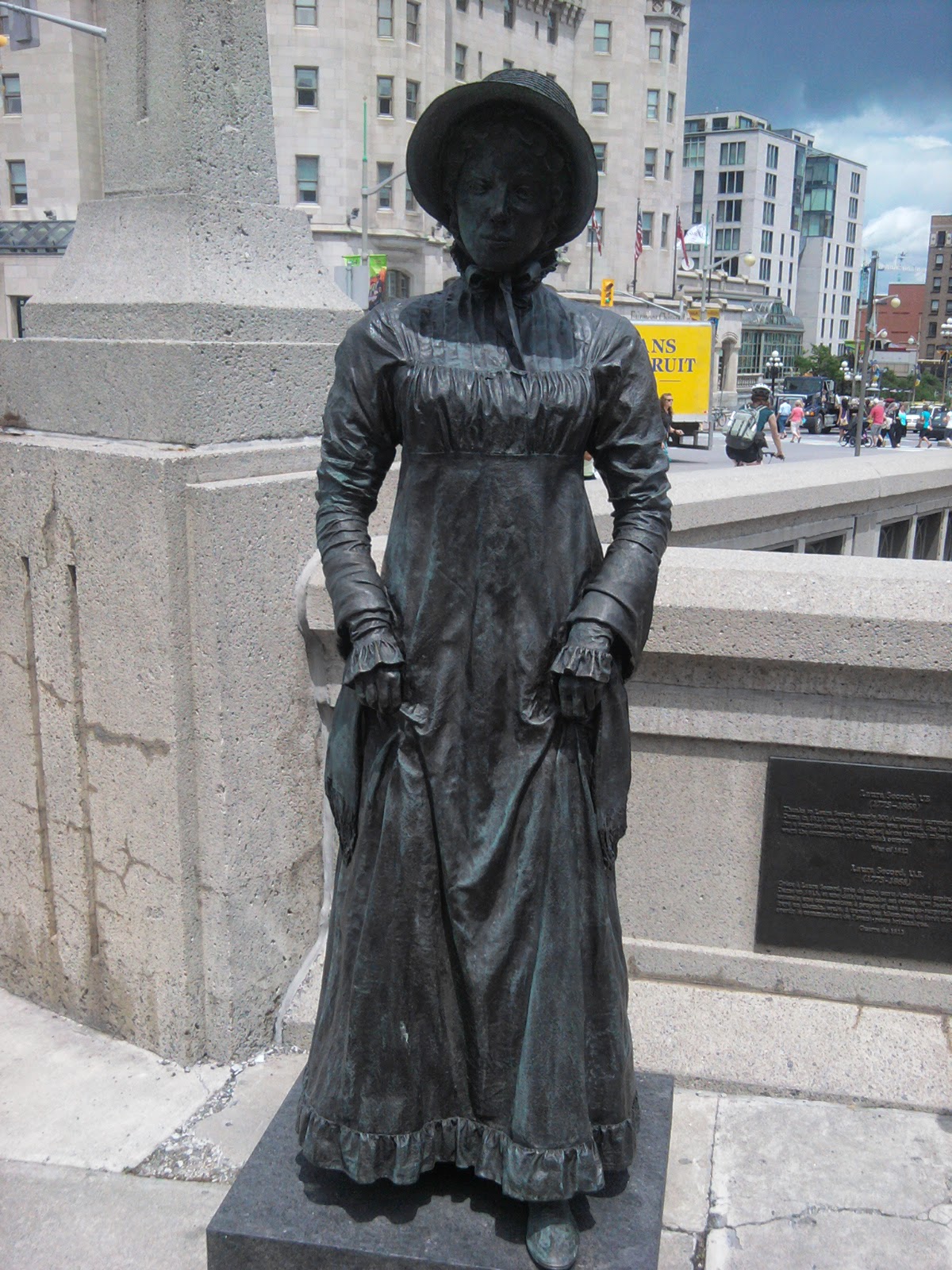 Lt. Colonel Charles de Salaberry was an officer in the British army during the War of 1812, and fended off American attacks in Quebec, particularly at the Battle of Chateauguay. 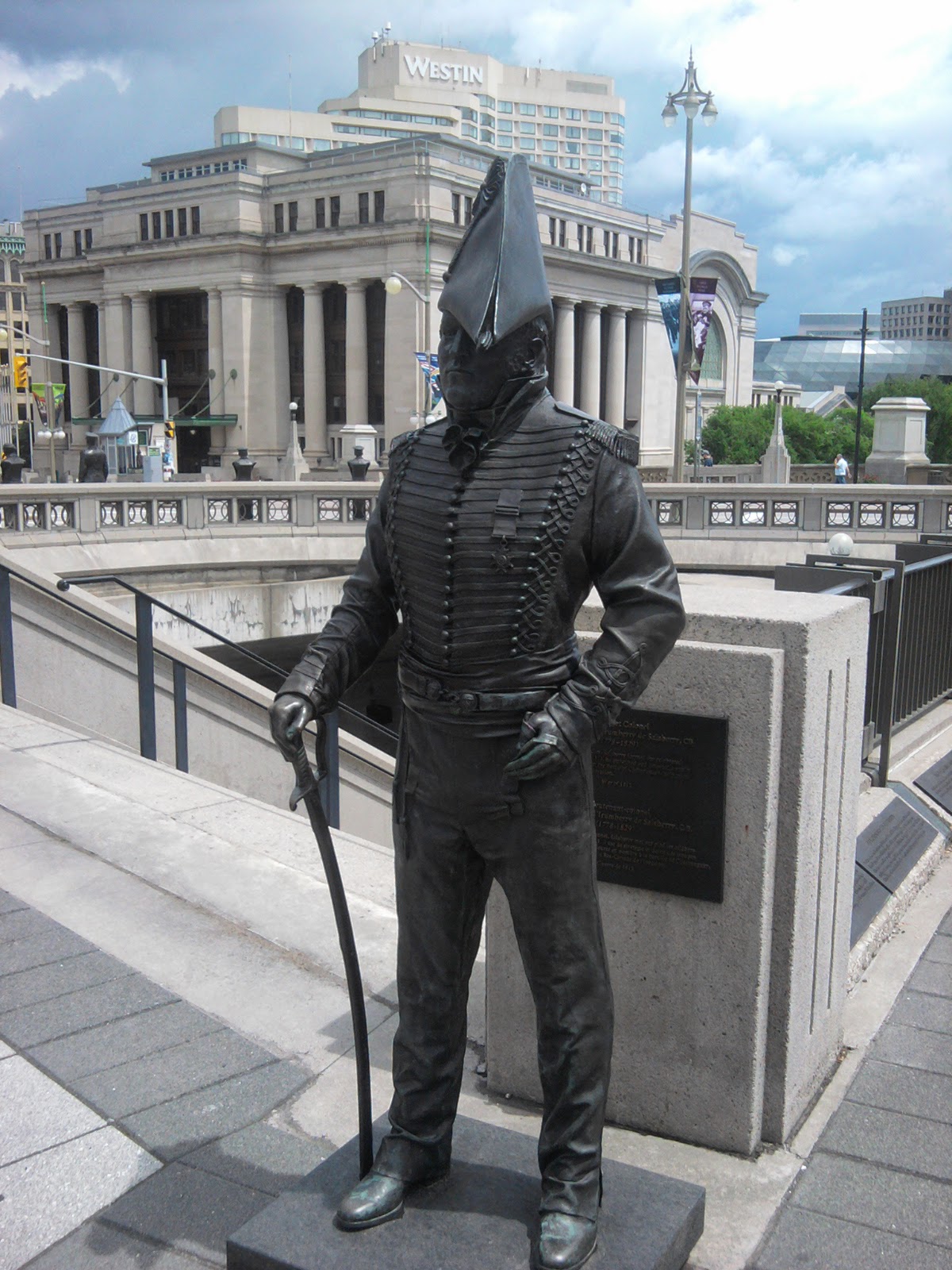