Today and tomorrow I have some shots from the National Capital from Canada Day. The core was busy all day, and when my friends and I passed by in the afternoon, Parliament Hill still had a lot of people around after the noon time concert. 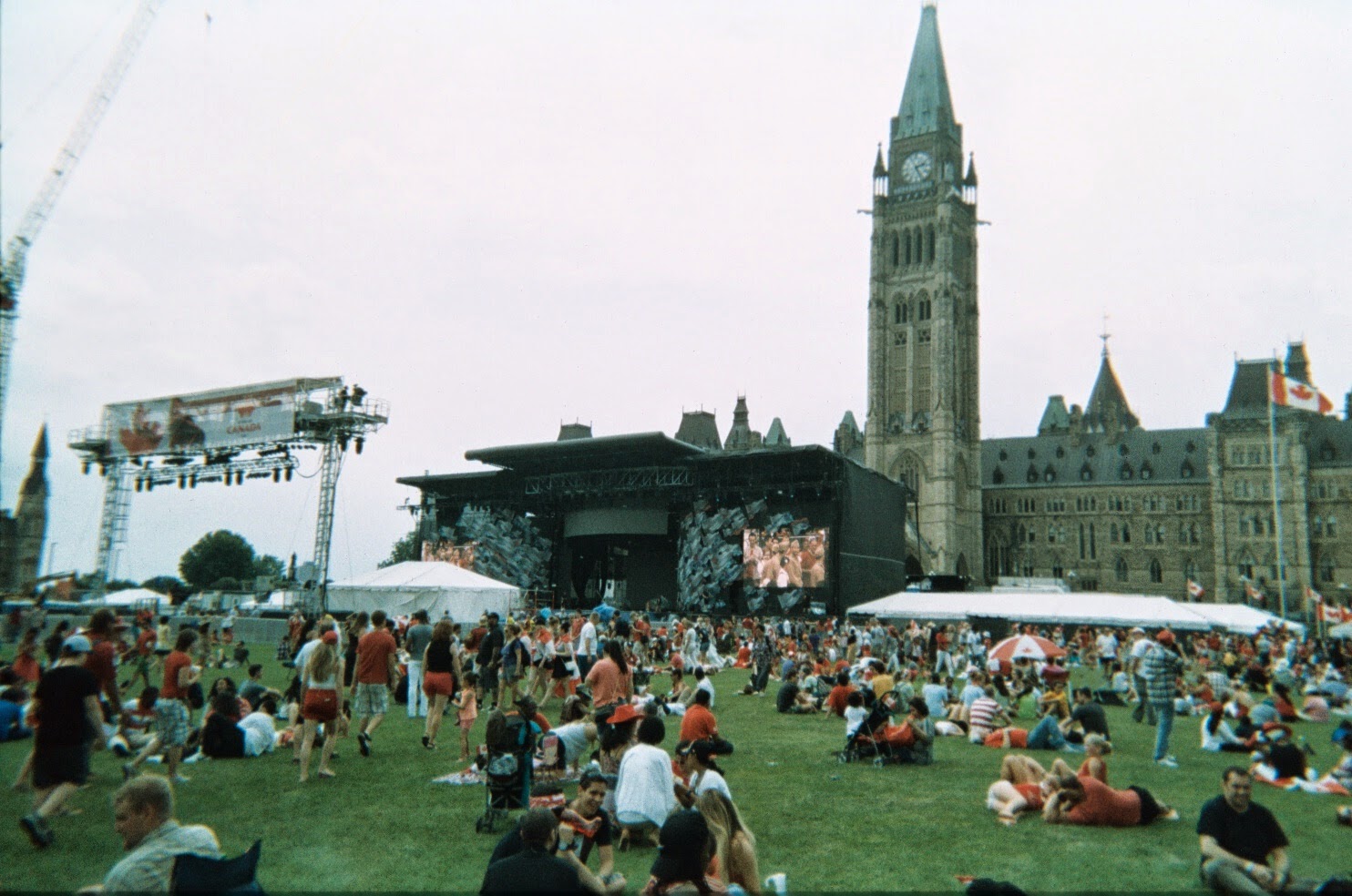 The Langevin Block across the street was also decorated with flags. I wonder if Darth Harper's office was blocked by that very large flag. 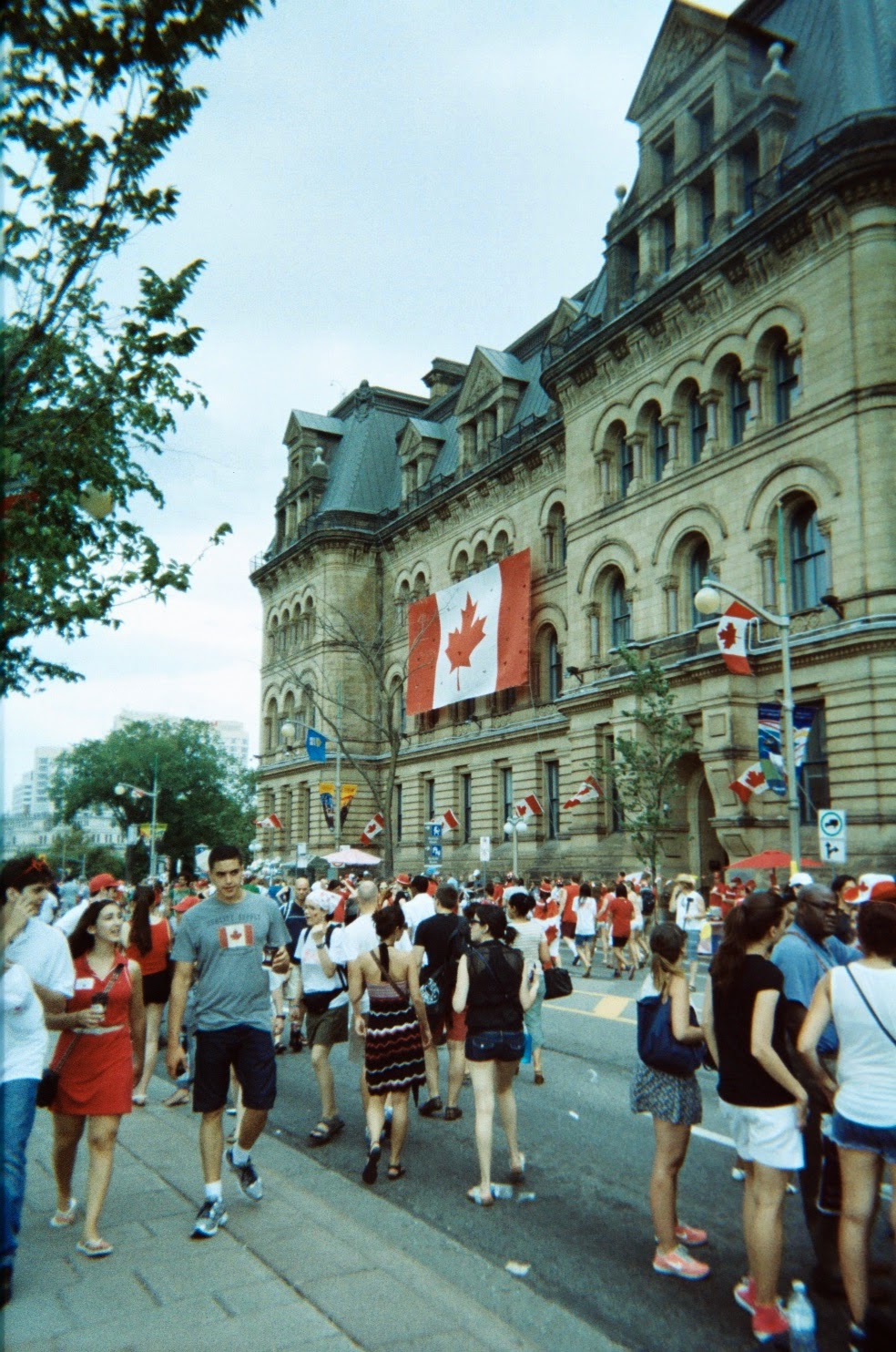 This view is from a bridge at the Rideau Centre mall, looking west towards the crowds on Wellington Street. The Chateau Laurier is there on the right. Streets downtown get pretty much taken over by pedestrian traffic all day on Canada Day. 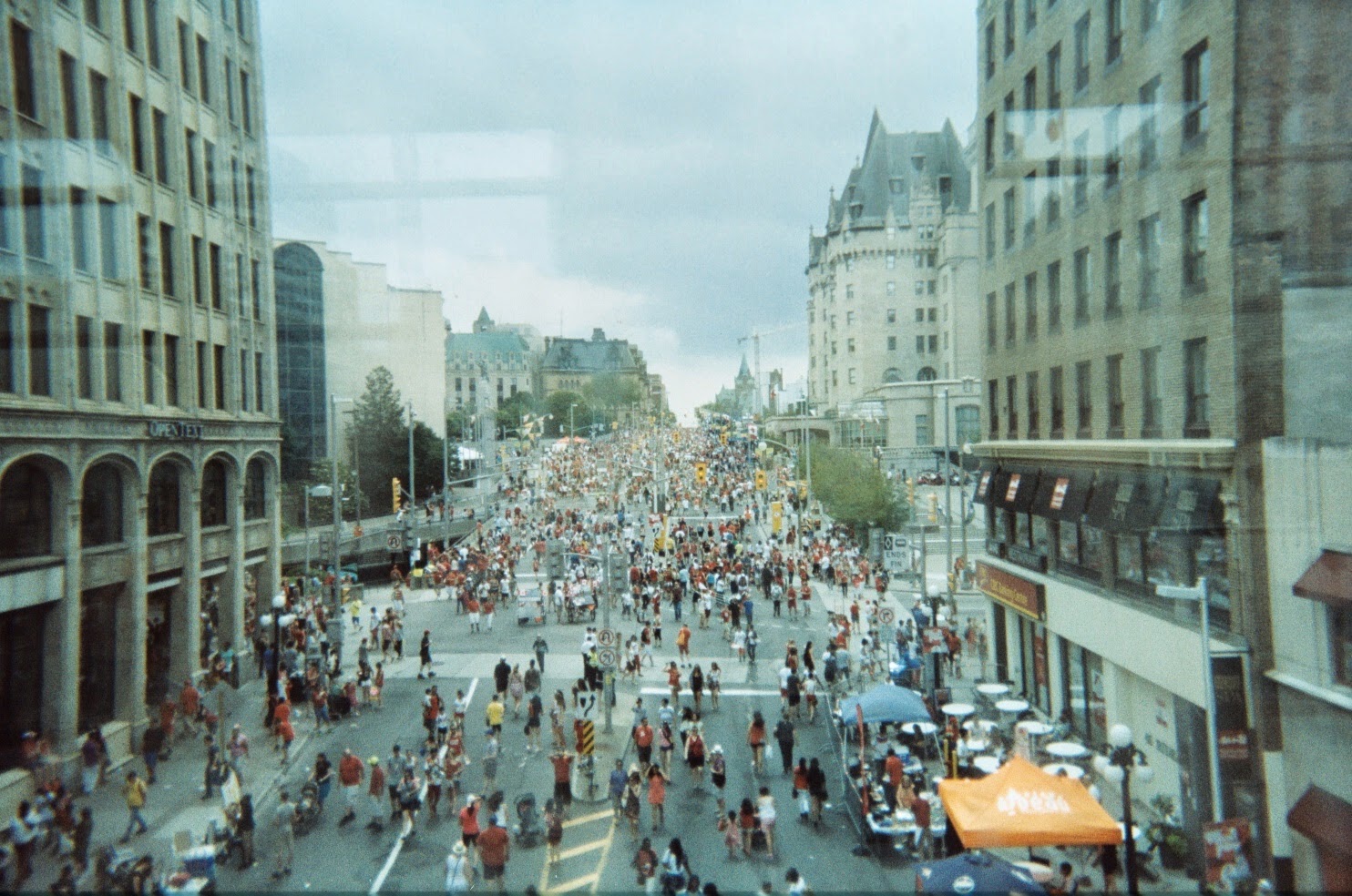 We went into several museums in Ottawa and Gatineau. I will be returning to each before summer's end- the Museum of Nature in particular was insanely busy- but I thought I would leave off with this item at the Canadian War Museum. There are a series of plaster casts on display here that were the original scale models by Walter Allward, for the sculptures that adorn the Vimy Ridge Memorial in France. 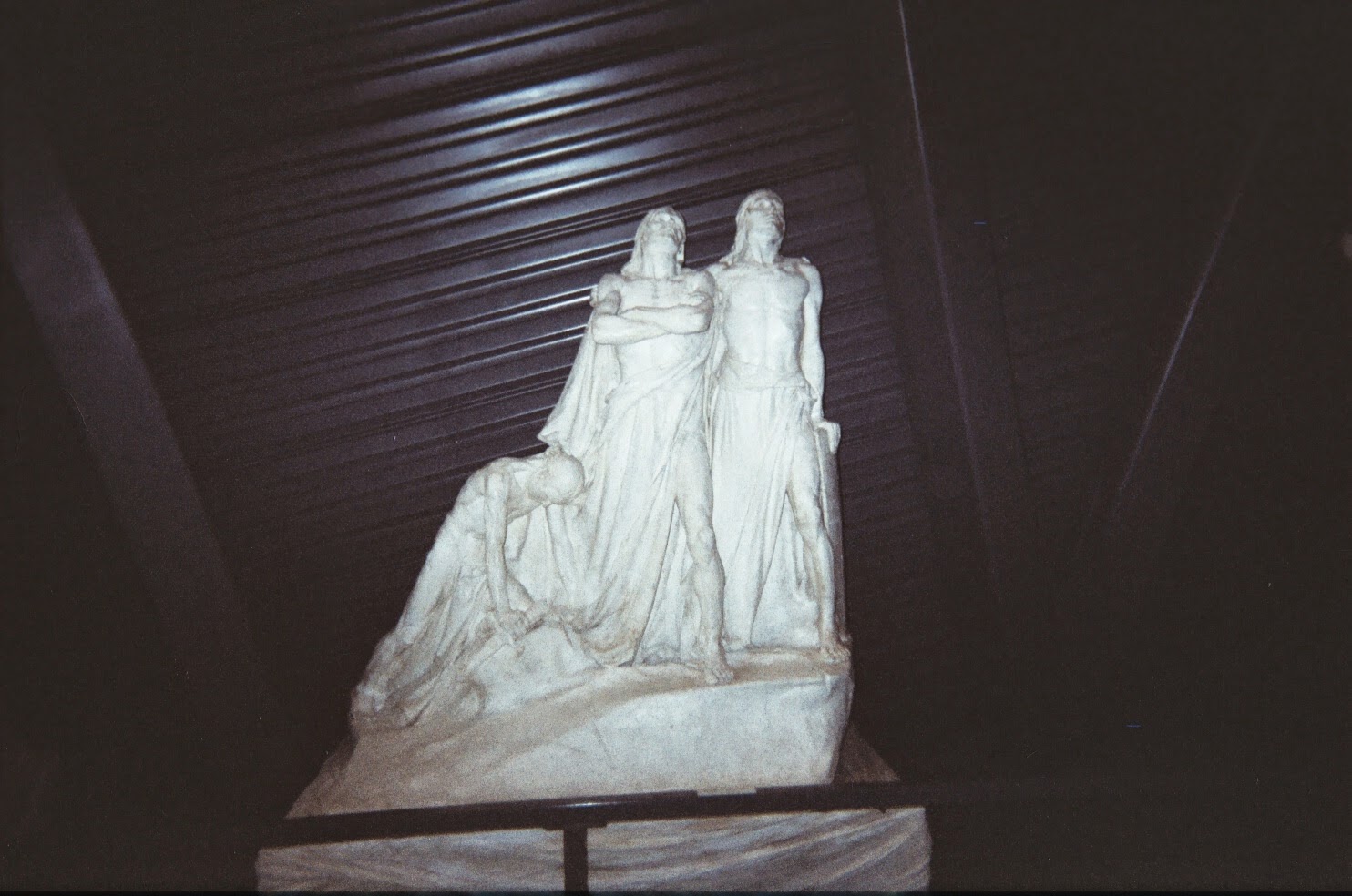