This is a spring shot from some years ago taken in Algonquin Park. The river below is the Oxtongue River, which I showed you in other locations earlier in the month. The footbridge marks the beginning of the Western Uplands backpacking trail, which I have never been on even for a day hike, unless you count wandering a few metres on the other side of the bridge. The largest loop of the trail is eighty eight kilometres in total, with some shorter loops. 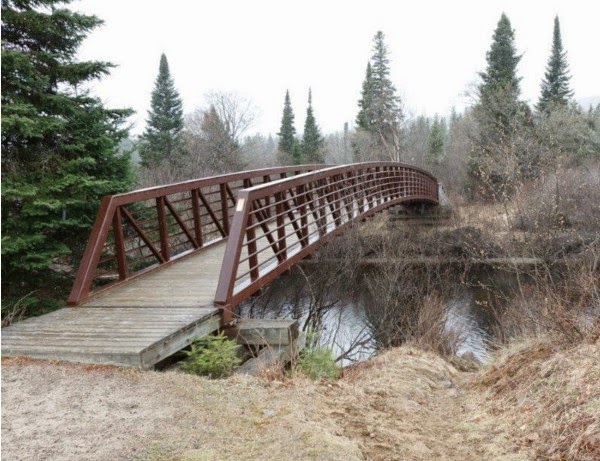 Tomorrow we'll see this spot again from another year, but roughly the same time of year.