Could someone with flower expertise identify these for Cheryl? And for those who looked in early yesterday, I added a link later in the day for a passage I wrote for that sequence in question, with some shots from the place I finally settled on.

From the War Museum, this is a view from the staircase inside Regeneration Hall, where Walter Allward's plaster statues are gathered together. These were the half-scale models Allward used in his design for the Vimy Ridge Memorial in France, commemorating the First World War battle won by Canadian soldiers. 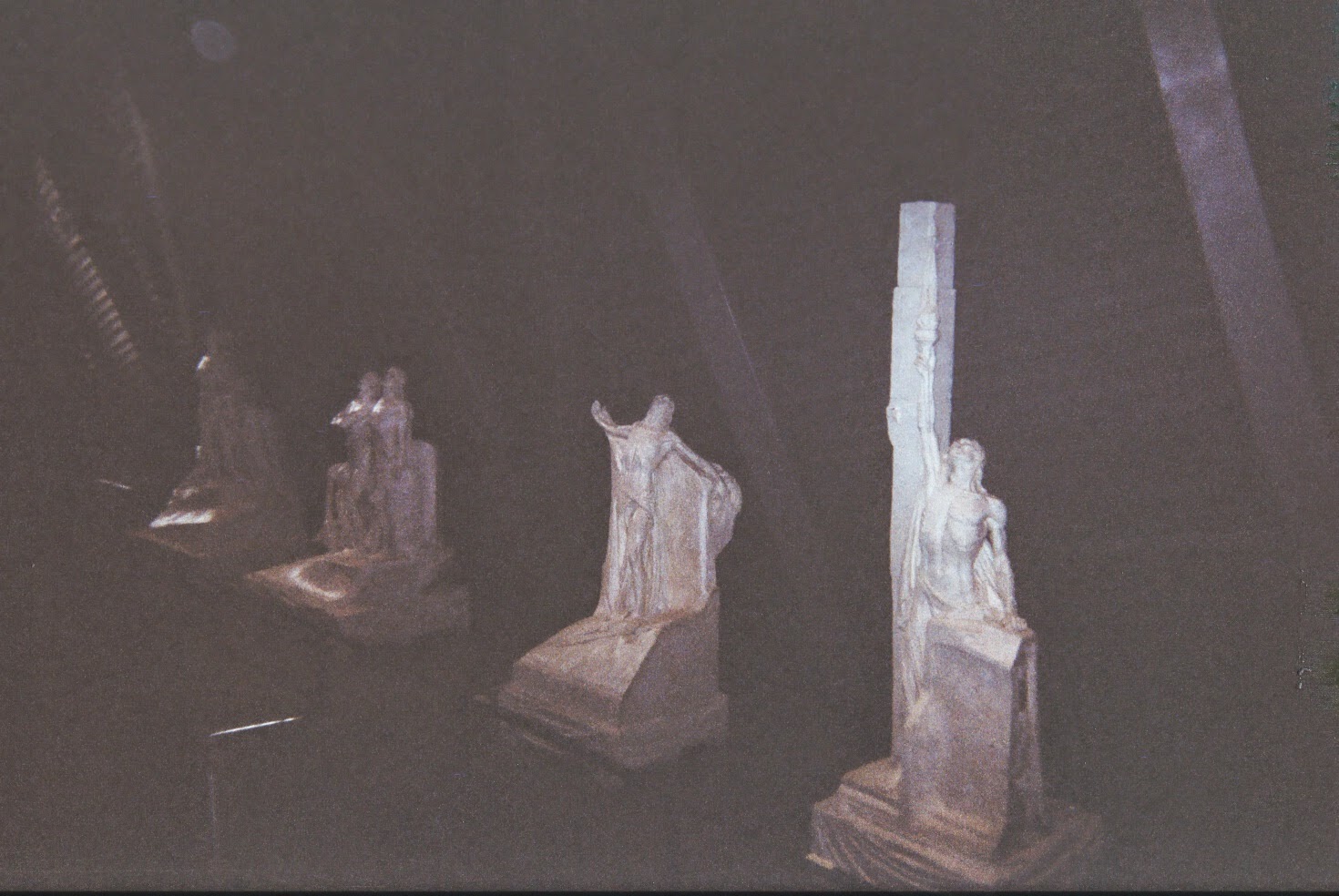