At The York Steps

The York Steps ascend from the Byward Market up into Major's Hill Park, with Parliament's Peace Tower visible in the background. They lie between the American embassy to the right and the Connaught Building to the left- the Connaught is the headquarters of Revenue Canada, for you Canadians who grind your teeth in annoyance in the run-up to tax time. The steps are a beautiful set of stairs, often used for wedding photos. I had mused on staging a murder on these steps in a future novel, but given how many security cameras have to be lingering about here, that was probably not a good idea. 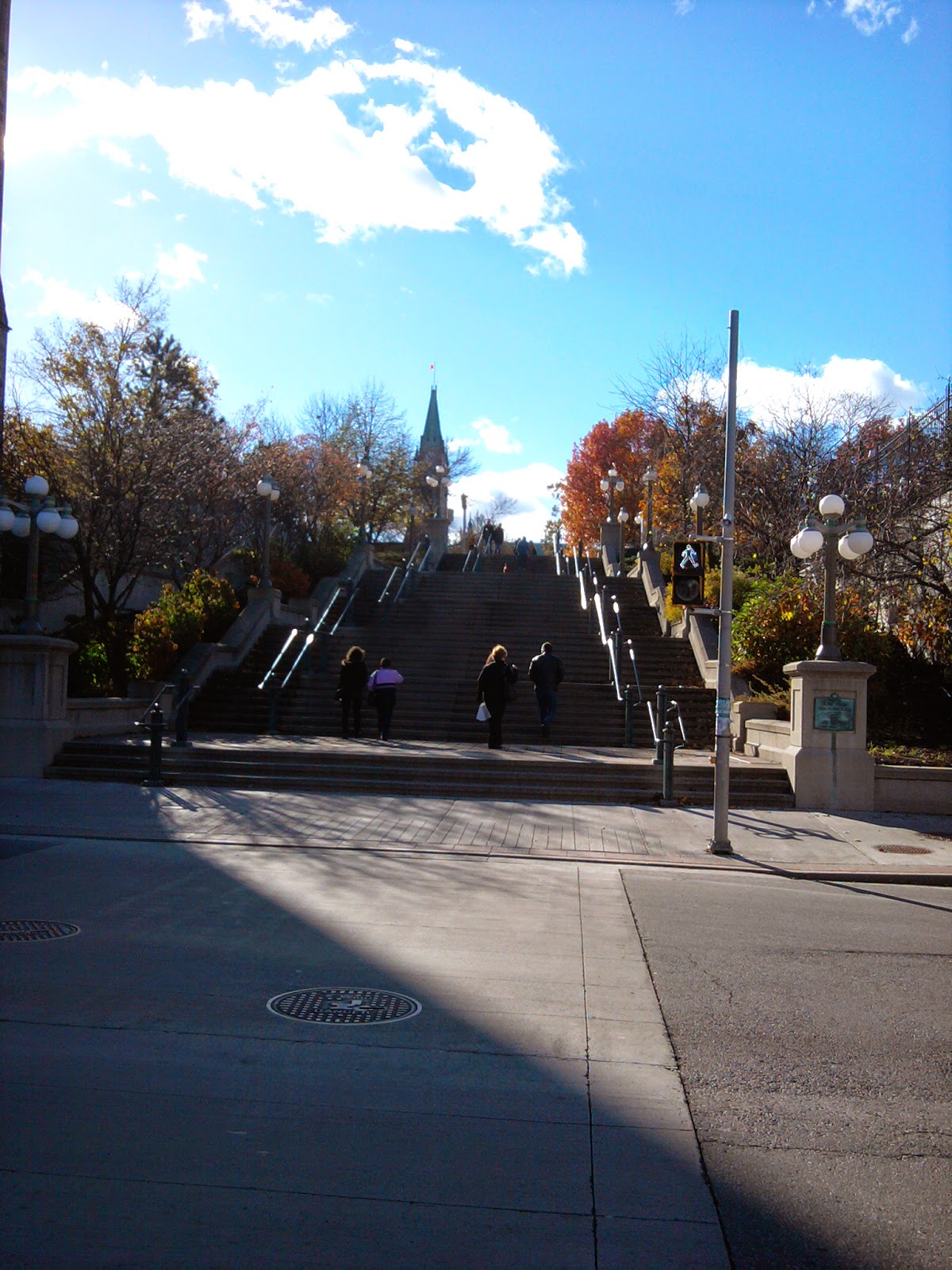