A Tribute To Animals

In Confederation Park is the newest military monument in the city, one that I've shown on a previous occasion, but not the plaques. It's dedicated to animals that served with soldiers through various conflicts. The plaques tell the story, with vivid work done on the bronzework to illustrate their role. Each plaque is set on old stone, which seems appropriate. 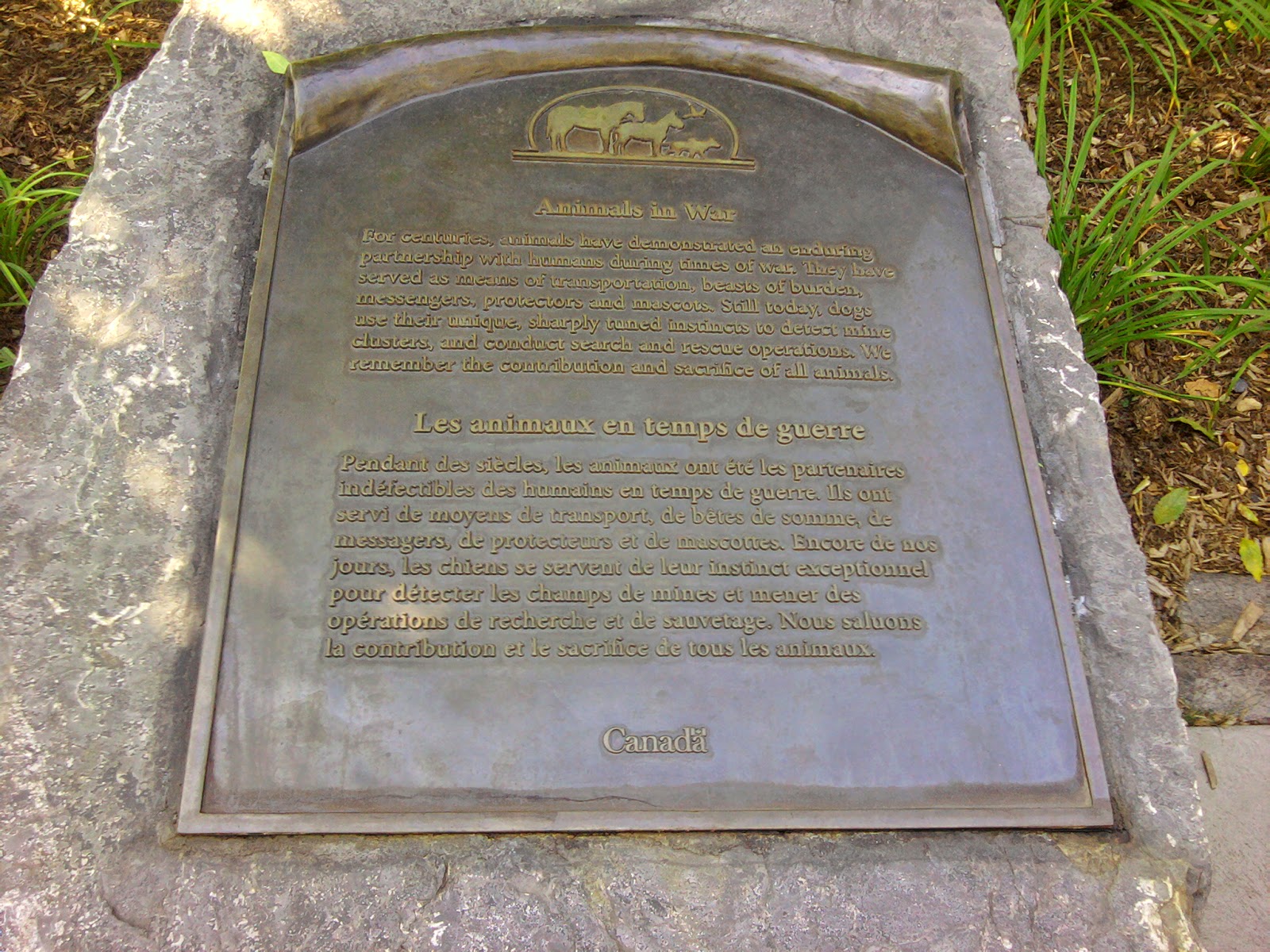 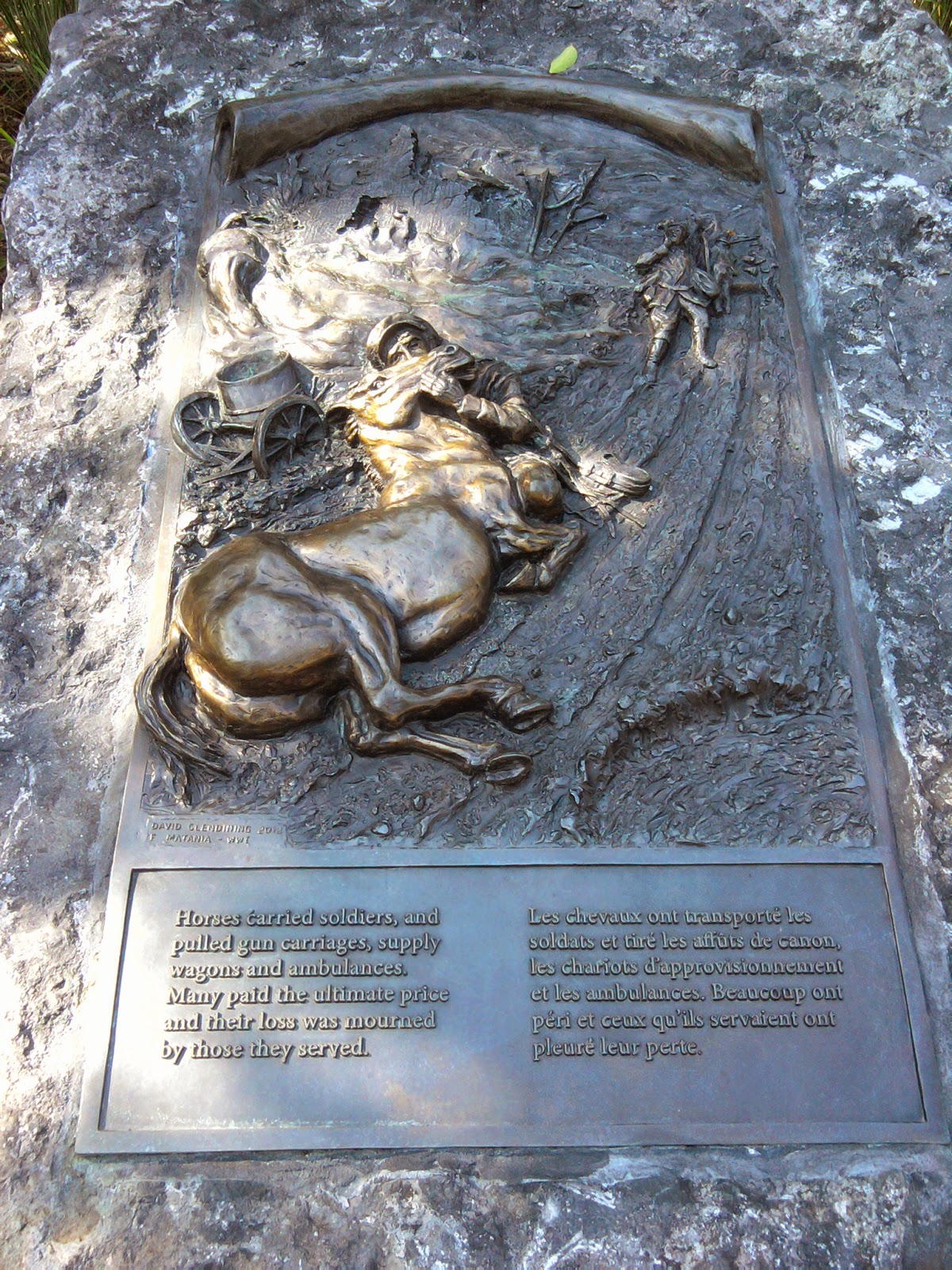 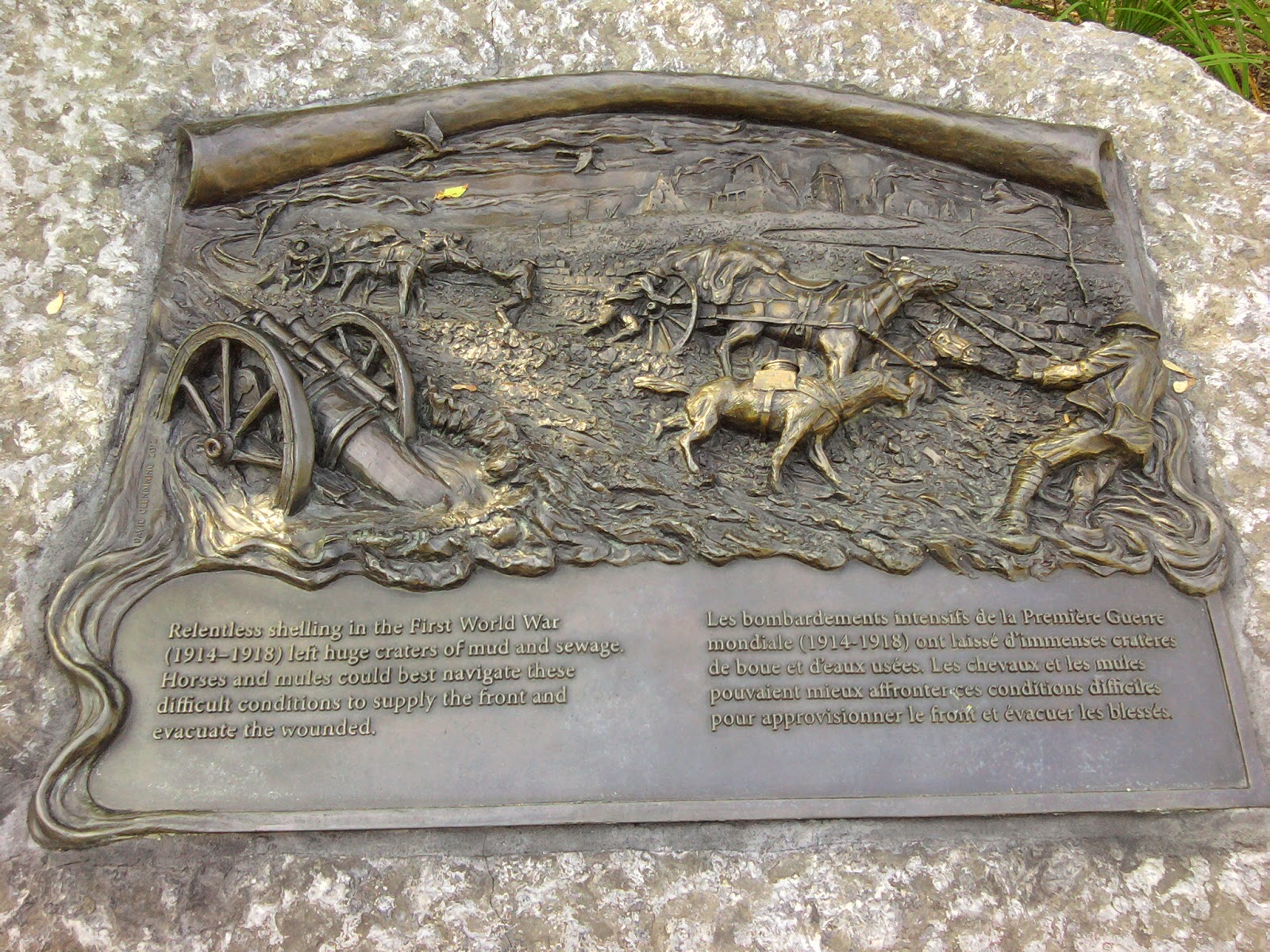 The three plaques are accompanied at the monument by this statue of a working dog, which I have shown before, but which seems right to feature again. The monument in the background is the oldest in the park, commemorating veterans of the South African War. Having both side by side is fitting. 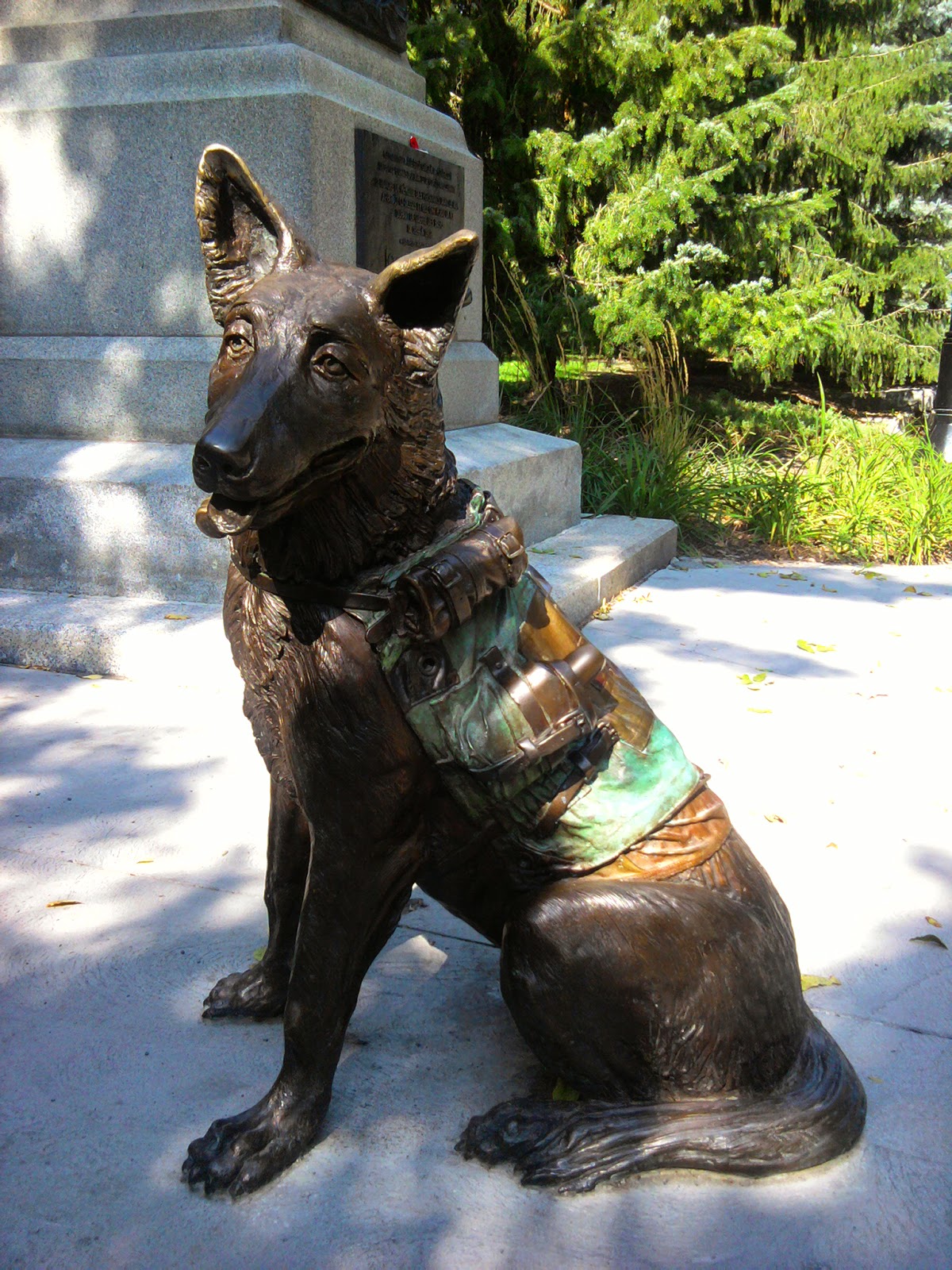