Yesterday, a corporal named Nathan Cirillo lost his life while on duty. And it wasn't overseas on hazardous duties. It was here, as an honour guard at the War Memorial. It is a tradition for several years now to post sentries during the summer at the foot of the Memorial; they're on duty for an hour and relieved. There's a distinct ceremony to each change in shift, and I'd meant to photograph it. It should have been just another day, but a gunman shot the corporal there at the Tomb Of The Unknown Soldier.

There are still plenty of questions at this point in time. Was he acting alone or were there others? How did he get from the Memorial up into Centre Block armed? Unconfirmed reports circulated here through the day, people speaking with strangers to see what they knew. We do know that this particular gunman met his end in the Hall of Honour. Members of Parliament were in nearby rooms at the time, having caucus meetings. More than anyone else, the Sergeant-at-Arms of the House of Commons, a former Mountie named Kevin Vickers stopped him, shooting him down in this corridor. Many of our politicians and their staff literally owe him their lives.

I was downtown at the time at an appointment, a few blocks away. Little did any of us know how radically the day would change. Buildings were evacuated, appointments interrupted, shops closed down, office towers and schools placed on lockdown. Buses and cars were re-routed, and a police line established in the core. There was an eerie quiet downtown- I've never heard it that quiet- and a tension on the faces of others, a sense of uneasiness.

As I write this in the evening, I'm still feeling uneasy. I'm also feeling angry that someone has turned these places into crime scenes, into places of violence. Particularly with the Memorial, which I consider hallowed ground. A young man in the prime of his life is gone, just like that, killed by a coward. What his family must be going through...

It's been a difficult day. I think I'll leave off with two editorial cartoonists whose work, of what I've seen thus far, seem to be the most effective. Brian Gable works for The Globe And Mail, while Graeme Mackay draws for the Hamilton Spectator. 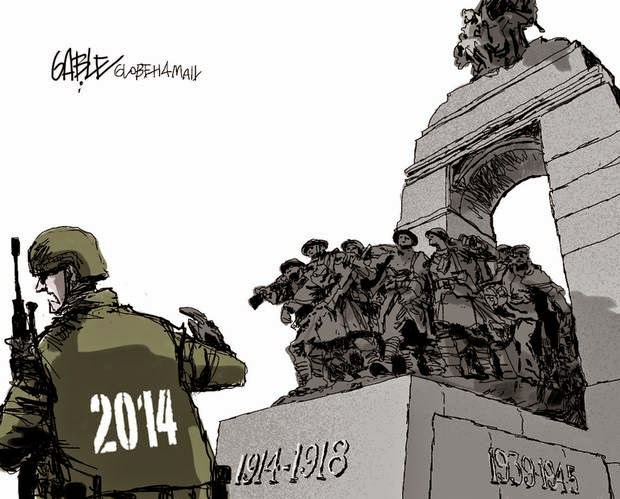 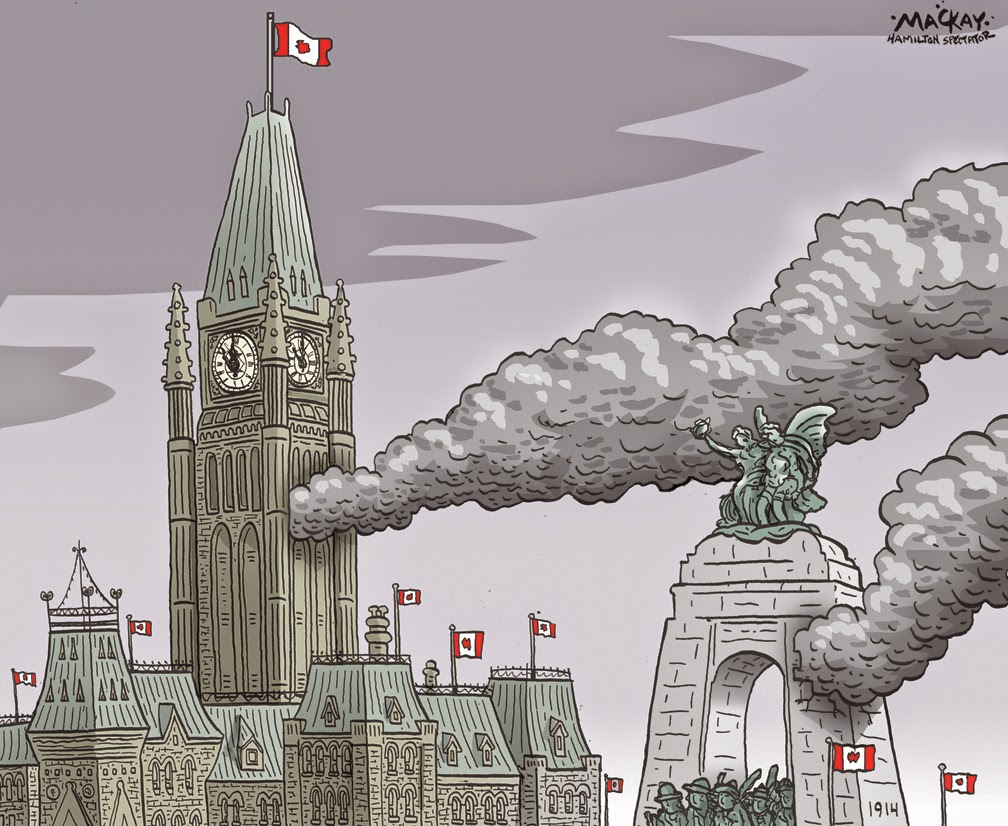