As fall goes on, one of the sounds we're guaranteed to hear is Canada geese honking as they gather for the flight south. I've often said they can't possibly be Canadian, since most of them scatter as far south as they can at the first hint of frost. Of course, there is a good share of human Canadians who do the same thing. Both migrating birds and migrating humans get the moniker snowbirds.

I thought I'd address the snowbird thing with a meme on this pic of two Canada geese I took earlier in the year, coming ashore off the Ottawa River. 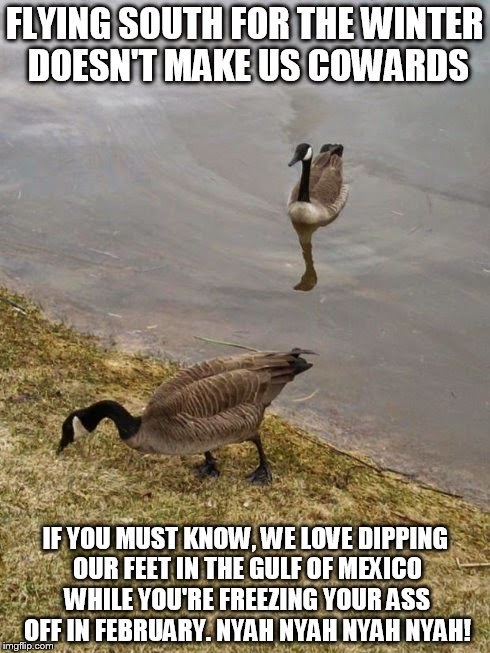