Inspiration For A David Lynch Film

I have two shots today, taken a couple of years back, and several months apart. This is the Ottawa River up the valley at Deep River, a small town, and both shots are along the same stretch of waterfront. Across the river is the Quebec shore. The first shot is a spring shot, with high waters; the second is later in the year. Deep River is a planned community, dating back to the 1940s. It was built to house employees of a nearby nuclear facility, and is in the northern reaches of Renfrew County. 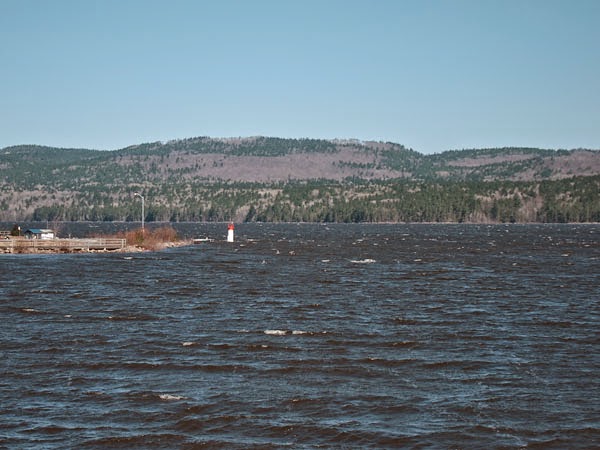 Deep River is so named because the river is at its deepest here; early French voyageurs were already using the term coming through here in the wake of Champlain's trips up the river. It is a lovely stretch of the Valley here, and at some point the eccentric film director David Lynch must have come through the area. He references the place at least twice in his films, once in Blue Velvet, and the second time in Mulholland Drive, when the character Betty, played by Naomi Watts, mentions that she came from this town. 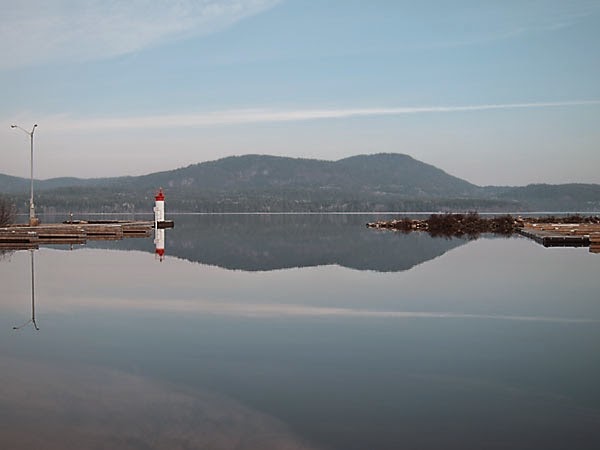