One of the other military monuments in Confederation Park stands opposite from the Lord Elgin Hotel. It is the Aboriginal Veterans Monument, honouring First Nations soldiers through Canadian history. Four members from different tribes are represented, as are five animals- the eagle, the bison, the bear, the wolf, and the elk. 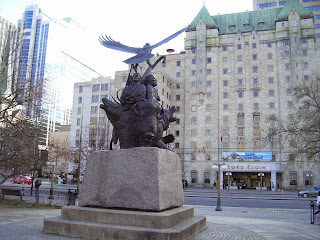 The sculpture, designed by artist Lloyd Pinay, incorporates Aboriginal beliefs and symbols, including not only weapons among the four human figures, but the peace pipe and an eagle feather fan. It is an impressive monument, just down the street from the National War Memorial. It was unveiled in 2001. 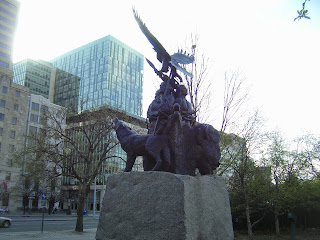 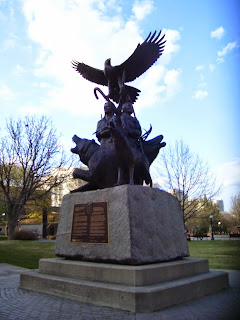 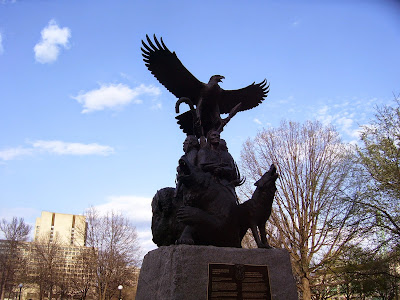