The Ottawa River In Different Seasons

As I did with yesterday, it's my tradition to go to another overlook of the Ottawa River to capture the spot in different conditions. Twice a month I walk out to the Portage Bridge, which crosses the river from Ottawa into Gatineau. At a spot roughly where the provincial border weaves through the river, I take a shot looking downstream from the bridge. The landmarks captured here include the Alexandra Bridge, Nepean Point, National Gallery of Canada, Parliament Hill, and the Supreme Court at right. The river passes through a series of channels here coming downstream from the Chaudiere Falls, but this is the main channel. At right, the outcrop of Victoria Island divides another channel.

To start things off, I took this shot on a clear day in early October. 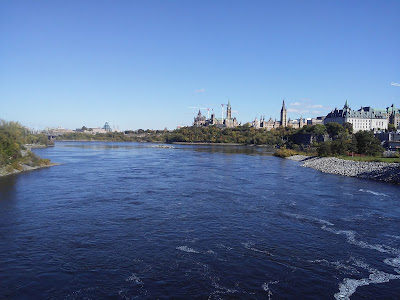 Late in October when I took a walk along the river pathway towards the Hill, this was the view. 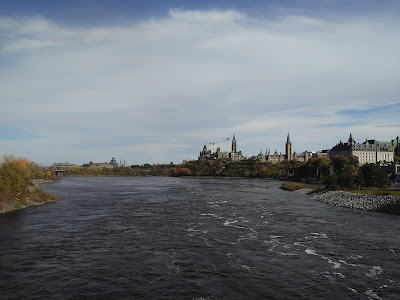 Another clear day in the first half of November saw things like this. 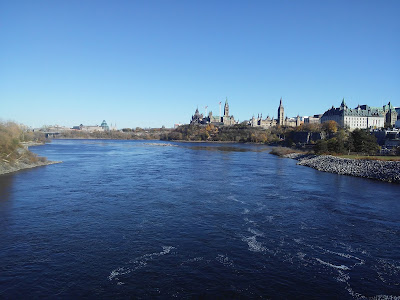 Later in November saw more of a brooding kind of day. 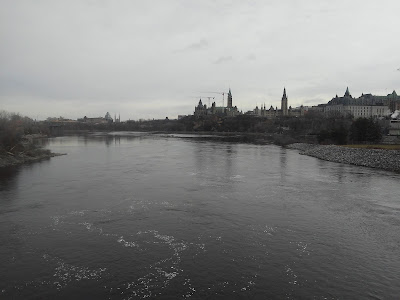 On a day in the latter half of December, it was a cold, clear day, with snow on the shores. 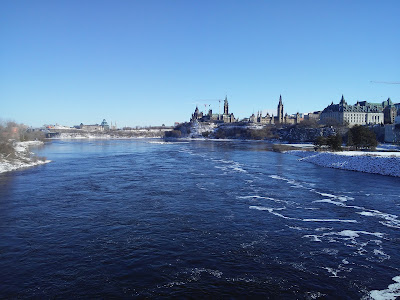 Late in December I returned on a day with light snow falling.. Ice was forming downstream. It never builds up to where the Portage Bridge is, as the current coming from the waterfalls upstream is too strong. 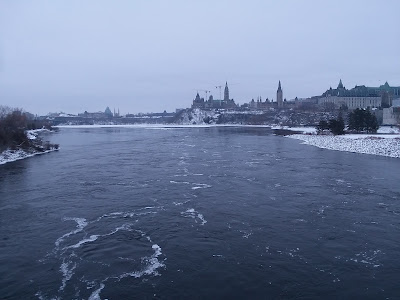 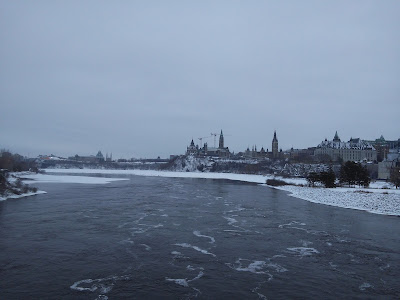 Late in January, this was the view. 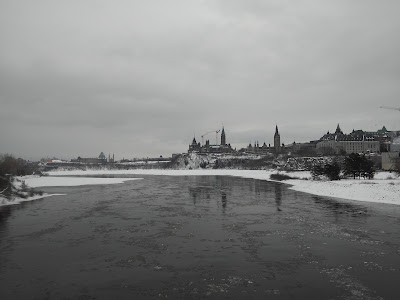 In the first half of February I returned. 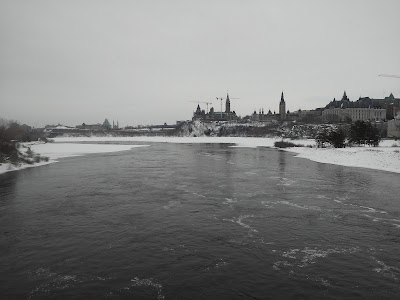 A few days later, in mid-February, I returned. This was at the height of the trucker convoy occupation, and I'd gone to Lowertown past the worst of it. I decided at that point to come back by walking through Gatineau via the Alexandra Bridge and taking this bridge back. Better that than to have another go past those infernal idiots. I end with this shot, but have already started taking shots for the next installment a few months down the line. 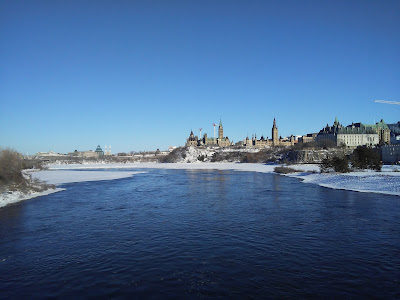