The first day of each month is a theme day for members of City Daily Photo, and for September, that theme is My Superpower. Check out how others are interpreting the theme right here..

This one stumped me, so I took the easy way out. I'm a comic book fan, and my primary shop in Ottawa for picking them up is called The Comic Book Shoppe. The establishment has two locations, one downtown and one out in Nepean. Obviously the downtown location is a lot more convenient for me. Several months back there was a fire in an adjacent unit that forced the closure of the place; the store staff moved in for a time with their counterparts in Nepean pending repairs at their downtown location. Several weeks back a temporary location downtown reopened while the reconstruction continues through to year's end. This location some blocks north of the regular store is appropriate- it once housed a book store. One morning I took this shot looking in before the place was open. 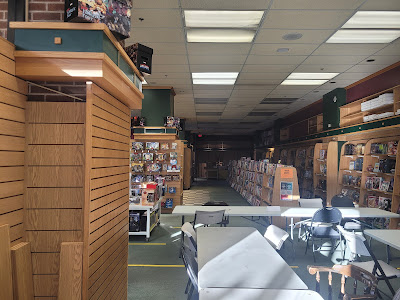 The place is still something of a work in progress, with new issues on the table in the foreground, while other items are shelved in the background. 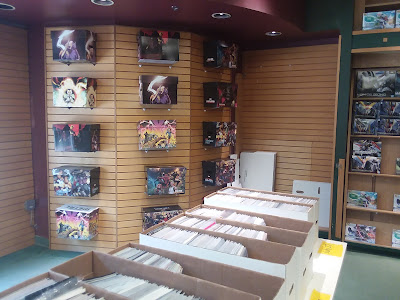 Several posters adorn the outside windows. They include one for the X-Men. 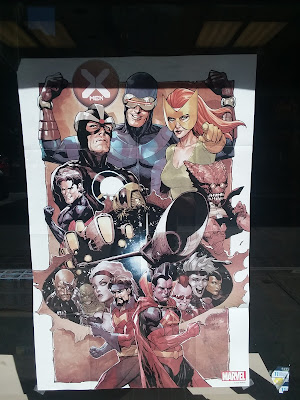 And another for Spider-Man, a variant cover by the artist Simone Bianchi, I believe, featuring Wolverine- who I tend to refer to as the Drunken Hobbit. 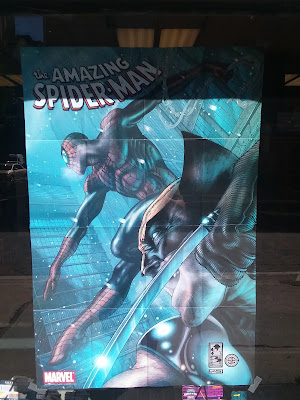 Around the corner, this large poster ties into a storyline in the Batman titles. 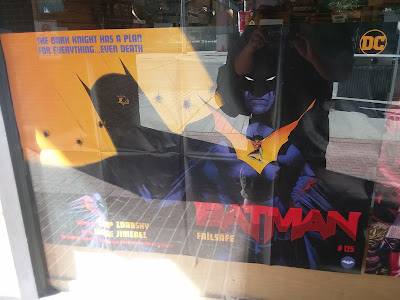 And this group poster features members of the X-Men, in a storyline from several months back called Inferno. Let's just say the X-Men have gotten pretty weird in their world view and leave it at that. 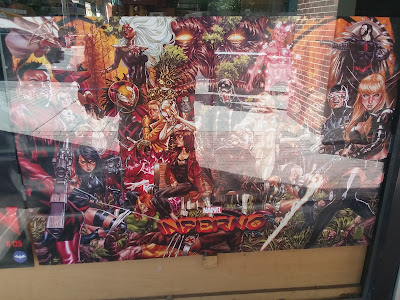 Aside from my weekly habit, I've got a good number of graphic novels on my bookshelves at home, and figured I'd show a handful. More of them are from the Marvel side of things, which fits in with my weekly reading, but I do have some DC material. This is one of them. Infinite Crisis was one of those big events from a few years back; DC periodically feels the need to reset their continuity- this one tweaked continuity more than did a full reset. 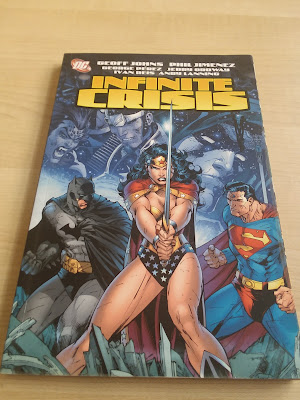 A series I picked up at the time it was being released, and I picked up the first volume of the collected series recently. Gotham Central is set in the world of the Batman, but focuses on the detectives of the city's major crimes squad; the Dark Knight barely appears. Think Homicide Life On The Street set in a comic book world, and that's its tone, with two great writers. 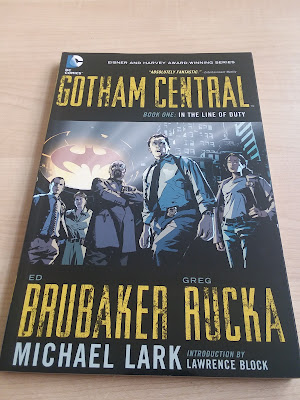 For a number of years DC had an imprint called Elseworlds, which told self-contained stories setting characters in a different time or concept. Batman seemed to be a natural fit for the model, such as this special one shot: Batman: The Blue, The Grey, And The Bat. In it Bruce Wayne is a Union cavalry officer in the Civil War sent west to Nevada by the President to look into the disappearance of Union gold. 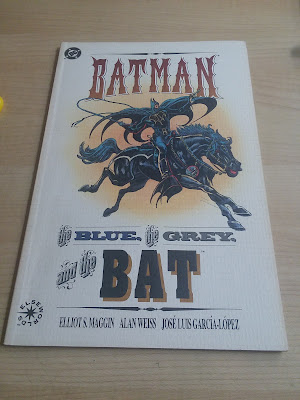 There were a number of projects, largely self contained, by the writer Jeph Loeb and the artist Tim Sale, set in the world of Batman's early years. I picked up The Long Hallowe'en when it first came out as a thirteen issue miniseries. It told the story of a series of murders taking place over the course of a year on specific holidays, with the backdrop of Gotham crime families giving way to the madness of incoming villains. 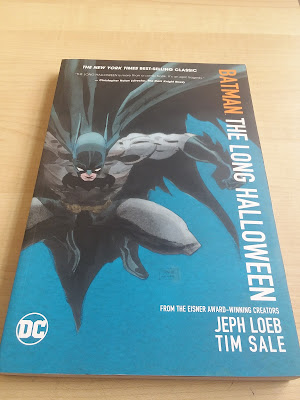 One of the best miniseries I've ever read, and it has a What If sort of theme. Neil Gaiman took the concept of Marvel's 60s' creations and transplanted them into the Elizabethan Era in the miniseries 1602. 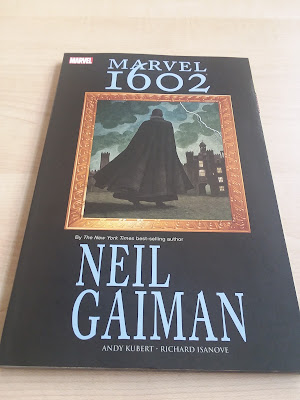 I first picked up the series Thor off the newstands on a whim with the issues collected in this graphic novel. Worldengine tells the story of the Asgardian god of thunder at a low point, joining forces with an old adversary and taking on a mad scientist trying to bring about Ragnarok- the ending of the world. Years later I would find out that the colourist for these issues happens to be Linda's daughter. Small world, isn't it? 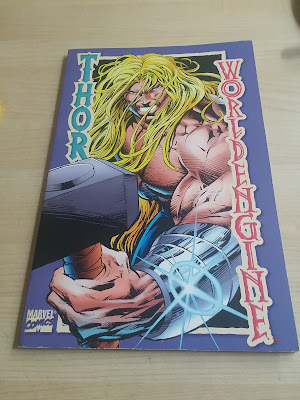 And still my favourite ever comic book story: Kraven's Last Hunt is a deeply psychological tale pitting Spider-Man against an enemy who's become deranged in his obsessions and who hits him in a way that cuts deepest- burying him alive and taking his place. I met the artist Mike Zeck at a comic convention here some years ago and thanked him for the story. 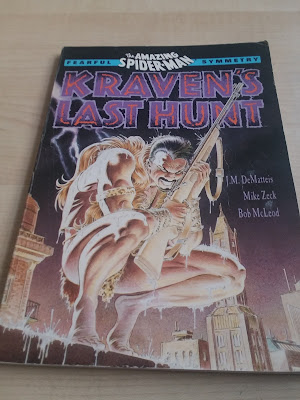 My favourite Avengers tale is Avengers Forever, a limited series written by the regular writer of the title at the time, gathering together a group of Avengers from different eras and sending them on a quest through time with the fate of humanity in the balance. 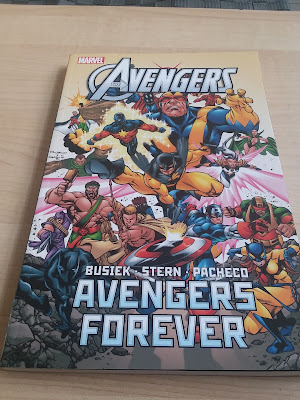 This is my most recent purchase for a trade paperback, of a series I'm picking up each month. Moon Knight is an unusual character: a vigilante with dissociative identity disorder who protects those under his care and admits that he hates himself- but keeps going anyway. The series is an intense character study that packs a punch. 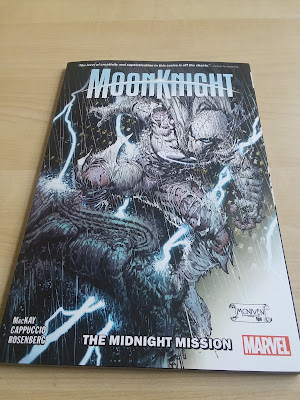 Posted by William Kendall at 2:00 AM