Remembrance Day in Ottawa is marked in many locations, but the heart of it is at the War Memorial, where the national service takes place. 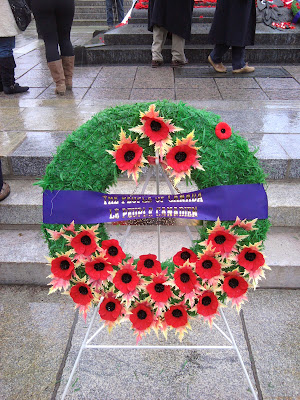 It was a snowy, damp November 11th, but the crowds came out, thousands crowding the area around the Memorial. The traditions are observed as they have since the First World War: the silence at the eleventh hour, the twenty one gun salute, the prayers by various clergy, the Last Post, the fly-by, and the placing of wreaths at the Memorial. It is followed by the march of the veterans and the service branches past the Governor General, representing the Queen. 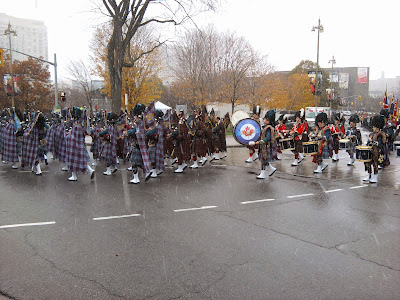 Veterans march together, decades after the Second World War and Korea. Some are in wheelchairs, some are accompanied by service dogs. Many of them walk on their own, all of them still holding onto that military discipline that never goes away. These are the survivors. 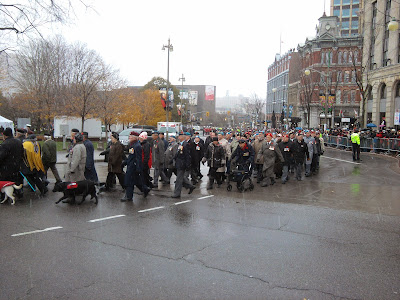 Each year there are fewer vets of those wars of the past, but their presence draws out the applause of the onlookers. 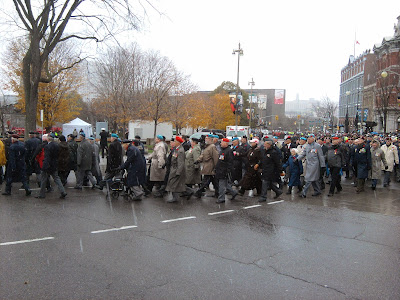 Others follow in their wake, retired military officers and enlisted men, and active duty troops serving today. And even the Mounties. 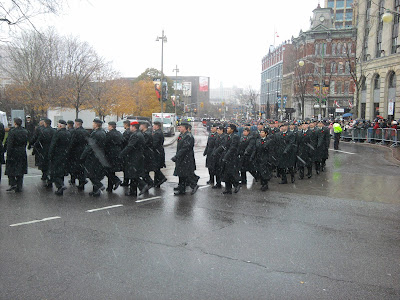 When I see units from Highlander regiments on a day like this, I find myself wondering how they bear the cold in those kilts. 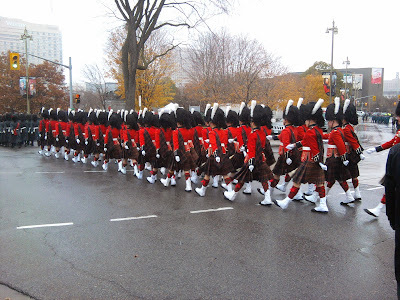