Concluding our tour through the War Museum today. The last section starts us off with the Cold War, dealing extensively with the Korean War (which I should have photographed), the tensions of the era, and the proxy conflicts between both sides across the world.

Below is the crest of NORAD, the joint U.S.-Canadian defense command organization, a legacy of the Cold War. 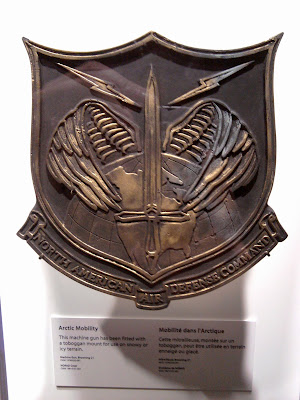 Peacekeeping is also a legacy of the time, using soldiers to keep the peace between opposing factions to prevent war. It's been done through the UN for decades, and Canadian personnel have often served in such capacities. There have been times when even the price for peacekeeping has been steep. This is one of the typical transport vehicles used for peacekeepers. 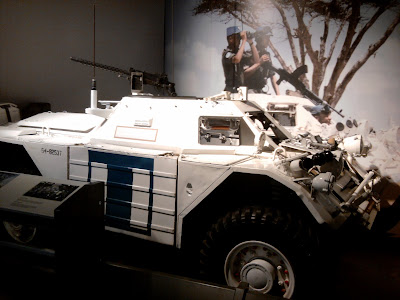 Another one of the displays in the museum, this is a replica of a UN post in Cyprus. Here we have the soldier's sentry position. 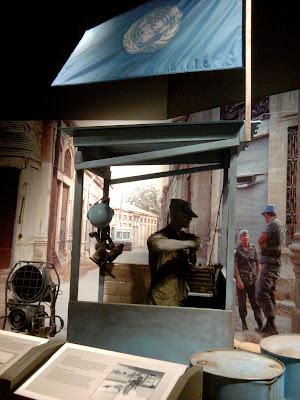 While right next to it we have a reproduction of a cafe a soldier might come across while on duty in that country. 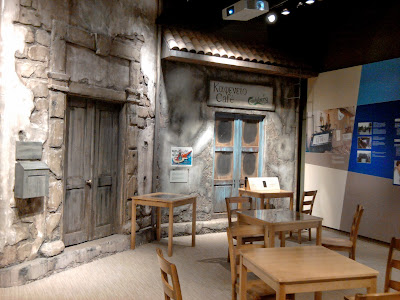 Finally, on Remembrance Day, a veteran of the Afghan War was standing next to this display case of current day weaponry, speaking with people about the specifics of the weapons. Some are heavy, while one in particular is meant as a sidearm. The one at the centre of the pic, the smaller one with the red insignia on it, is an MP5. This is commonly used by boarding parties in the navy, as well as by counter-terrorist units and police across the world. As a writer, I incorporated this weapon particularly into the last act of a novel, as the primary weapon of a counter-terrorist unit. It's odd to be seeing it up close. 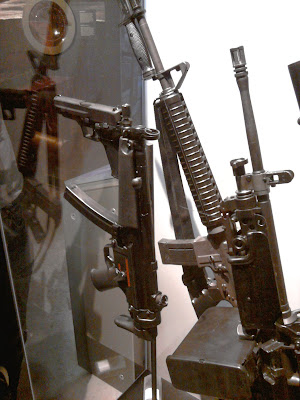 Well, that's quite enough of the brutality of war for a good while. We're going to be moving into other places for the next little while. I've got a backlog of photos in drafts or in my email. Some of which were taken in September.