The Drive Towards War's End

Finishing up the section of the museum dealing with the Second World War today, first we have this Sherman tank, one of the best all around tanks ever built. Canadian troops used this one during the Normandy campaign. 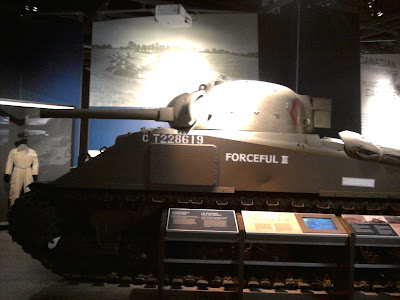 As this section of the museum concludes, there's a small tile on display, a tile from Hiroshima. 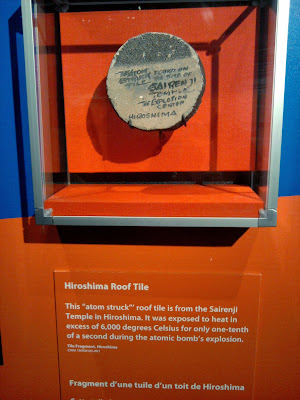 And another end of the war display. This captured Nazi flag, the symbol of evil itself walking the earth, contrasts sharply with the newspaper headlines and photos around it that rang out victory in Europe in 1945. 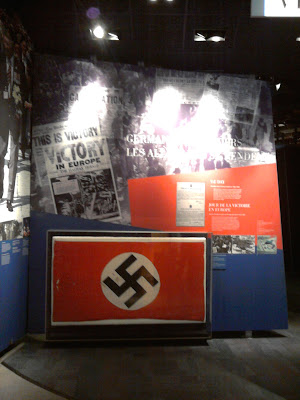 Tomorrow we conclude our look at the War Museum, running up to the current day. Then it's time to move onto other things.