Tomb Of The Unknown Soldier

The Tomb of the Unknown Soldier was placed at the foot of the War Memorial several years ago. The body of a Canadian soldier who fell at the Battle of Vimy Ridge during the First World War was repatriated and placed here. Starting several years ago, the public began a tradition on Remembrance Day to place poppies on the tomb. Thousands of people doing that will take awhile; we headed off to warm up for a bit before coming back to the Memorial. 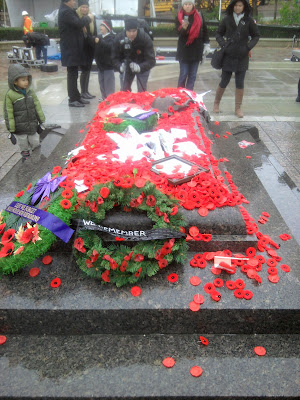 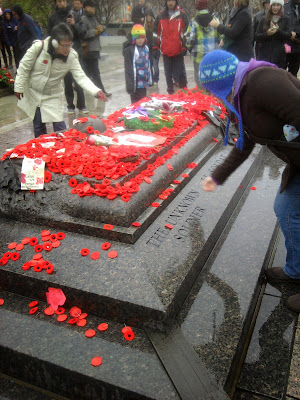 During the placing of wreaths during the service, aside from the official wreaths placed at front (you saw one of them yesterday), many other wreaths are placed around the sides of the Memorial. They come from veterans groups, government agencies, aboriginal groups, community associations, and ambassadors from the diplomatic community. 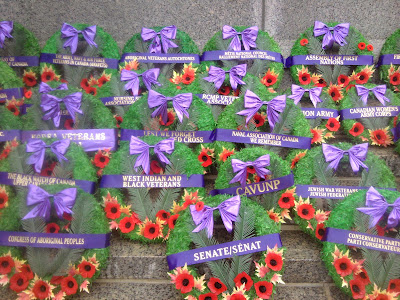 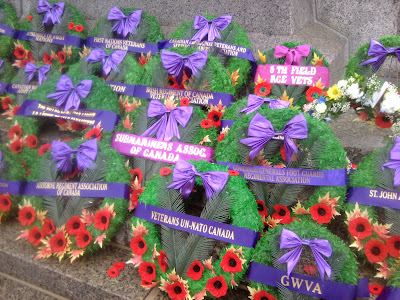 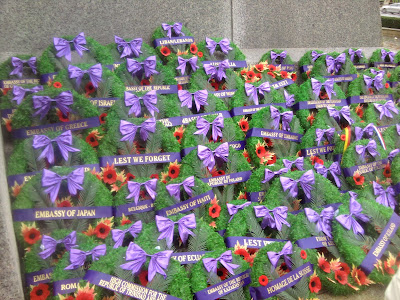 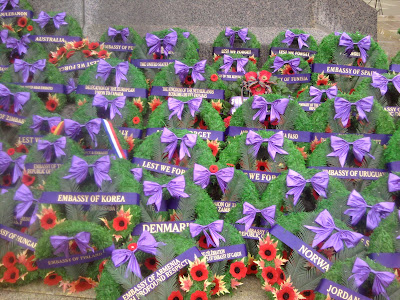 From here, we went off to the War Museum, with one stop across from it. I'll show you why tomorrow.