From the second floor looking down, the main entrance into the Chateau Laurier can be seen here. 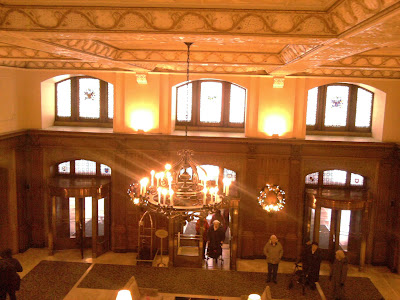 The lobby from the ground level. The entire place, now over a century old, bears the signature of the man who had it in mind, a luxurious and commanding place. Too bad he didn't get to live to see it opened. The poor chap died on the Titanic, and many of the furnishings he meant for the hotel went down with the ship. His ghost is said to haunt the hotel. 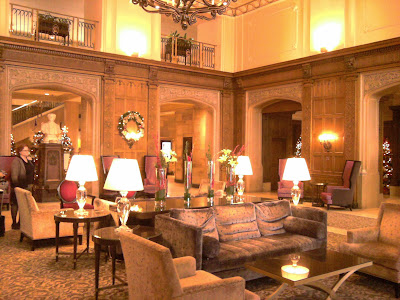 Coming back into the lounge on the east side, we see the Christmas trees and the dark paneling. It's an appealing space to me, personally, occupying the area between the lobby and another of the hotel's restaurants. 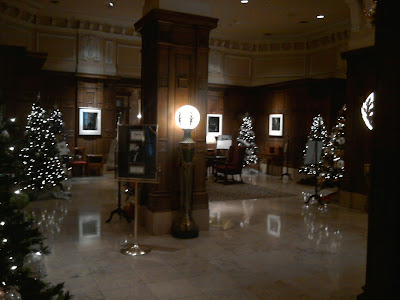 You notice the pictures on the walls in this lounge, well illuminated? All portraits from one of the finest photographers of the twentieth century, who lived here in Ottawa and had his studios inside the Chateau for many, many years. 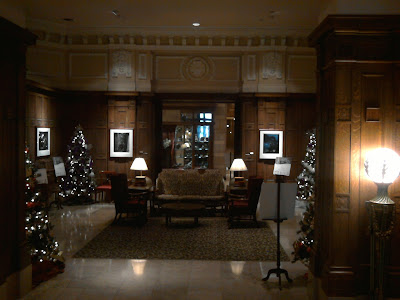 Yousuf Karsh was one of the most celebrated portrait photographers of the century, photographing both the well known and the ordinary citizenry in his signature style. He came from a family of immigrants from Armenia that settled here; his brother Malak Karsh was just as accomplished a photographer, but chose landscapes of Canada as his subject. The two brothers had their work together in the oddest of places: Canadians who still remember the dollar bill might be surprised to know the picture of the Queen is taken from one of Yousuf's portraits of her, while the river view of Parliament Hill on the other side of the bill was based on a photograph by Malak.

This is one of the portraits in the lounge, the Karsh portrait of Einstein. 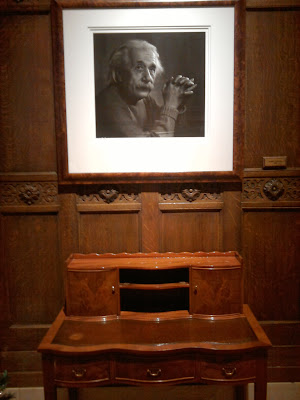 While this of course is Winston Churchill. The story goes that when Karsh took the photo during the Second World War, he removed Churchill's cigar from his hand... hence the annoyed look. It's arguably the definitive photo by Karsh and of Churchill. 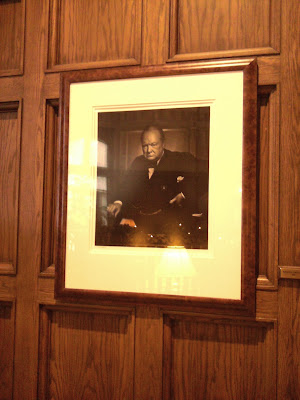