The largest gym in the athletics buildings at Carleton University is named The Raven's Nest. Since the campus teams are called the Ravens, it's a good name for the gym. 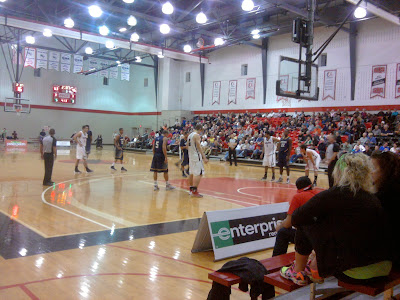 The showcase team for the last few years has been the men's basketball team. They've won nine of the last eleven university championships here in Canada, and are dominating the standings as usual this year, manhandling every team they meet. 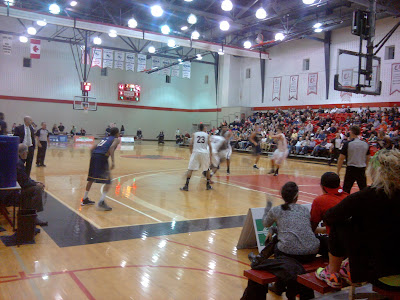 The Rideau River runs past the university, where the rapids downstream from Hog's Back Falls finally slow down. Beyond the university, the river takes on a leisurely pace. On a brooding fall day in late October, I stood on Billings Bridge, where Bank Street crosses the river. The river will freeze over soon here, aside from a space beneath the bridge, where ducks spend the winter around the open water. This is an ideal spot for a sunset shot. 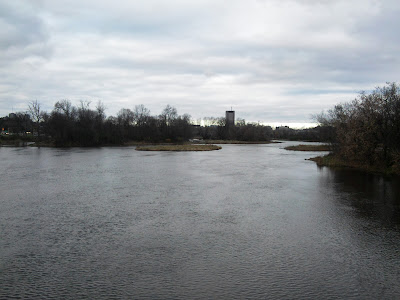 Billings Bridge is named after a local settler, who was here even before the Rideau Canal was built. Below, we have a ghost bike. There was a cyclist killed at this location in the summer, and in recent years, it's become something of a custom to erect memorials at the scene of such tragedies. I'm of a divided mind on this. On the one hand, it is a tragedy... but on the other, the amount of memorabilia placed at such a place can skew towards the morbid... or at the very least be distracting. 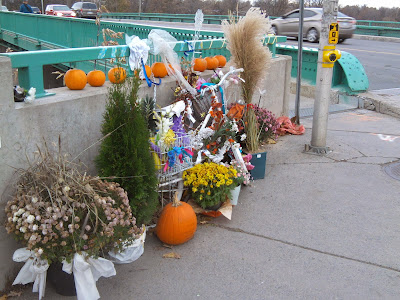 Finishing up with a more recent shot. Fifth Avenue Court is in the Glebe. It's a two story structure consisting of restaurants, offices, and some retail built around a closed in courtyard. The Christmas tree here in the courtyard is placed in what is otherwise used as a fountain. 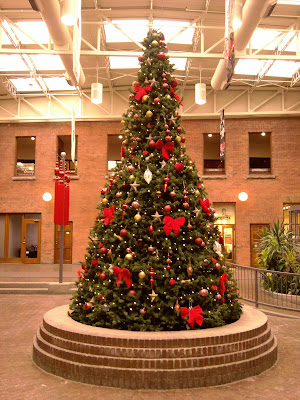