Coming into the Ottawa Convention Centre's main entrance at street level, this carving happens to be present, on temporary display. This sculpture is carved from a massive oak tree that was cut down some years ago, having been dead for some years. The tree stood near the Rideau River in Old Ottawa South, and was dated at around three hundred years old. This is the second sculpture the carver has carved from the wood. 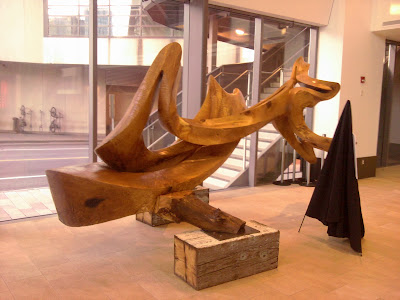 Escalators and elevators take one up from one promenade to another. The rooms and halls are on the east side, and range in size from sufficient for a small wedding reception to the size of an aircraft hanger. 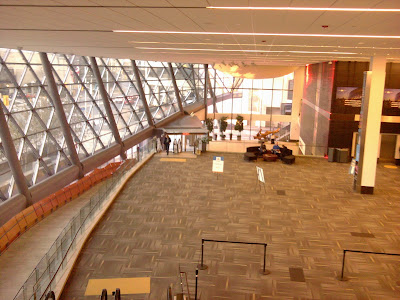 Canada Hall is that large room in question, a vast space that can be subdivided into smaller rooms. This set of doors is one of the entrances, etched with buildings from the area, such as the National Gallery in this case. 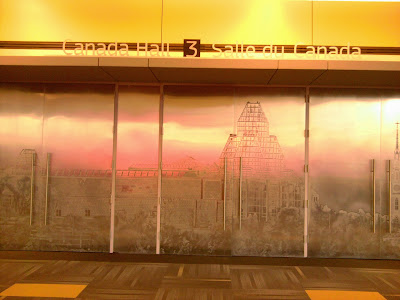 As mentioned before, conventions tend to make use of the promenades too, but I had no problems taking shots on this one. 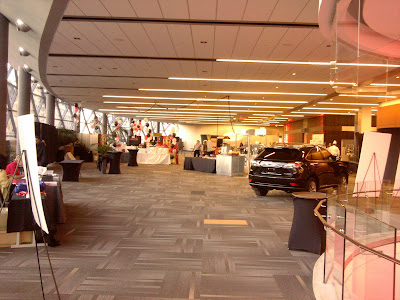 The construction process was a long one, but the end product was well worth it. 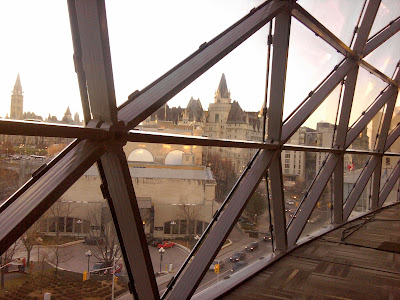 It's one of my favourite buildings in the city, and a pleasure to walk through. We'll return here again from time to time. 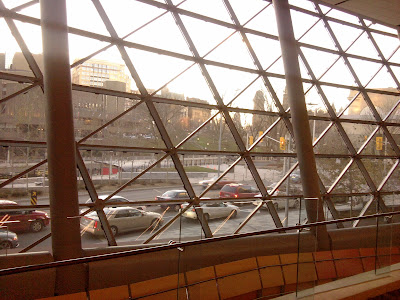