I've shown you the work going on here before. So I returned not too long ago for an update. 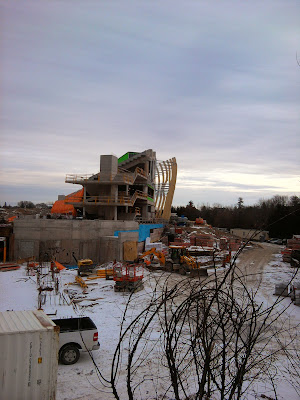 Work at Lansdowne Park continues at full steam. The stadium and the outlying buildings are being worked on. And the pack of developers who will reap the benefits of having public lands at their disposal for the next few decades continue to rub their hands in glee. As mentioned before, I'm not a fan of these developers, let alone what they're doing to the park.

The wooden structures you're seeing below will be the ribs for a large curved screen that will form on this side of the south side stands. All so that this group of wankers... I mean, developers can have their football team. Named the Redblacks. Yes, apparently they love the name.

All while those of us who love living in this city and dislike this project grind our teeth... 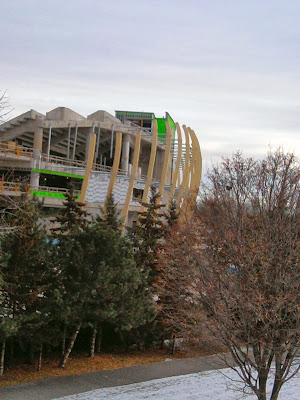 I prefer, when crossing the Bank Street Bridge over the Canal, to look at the other side from Lansdowne. The Royal College of Physicians and Surgeons is a much more visually appealing structure. The Canal itself, when I took this shot in mid November, was well on the way to icing over. In my next post, I'll show you a more recent shot of what the ice looks like. 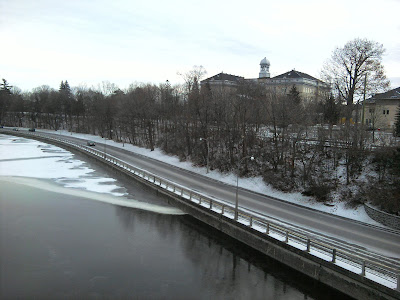