The University of Ottawa is the oldest of three universities here in the city, dating back to the mid nineteenth century (brand new by European standards). Tabaret Hall is one of the older buildings, with ivy scaling its way up the walls. This is the main entrance into the Hall. 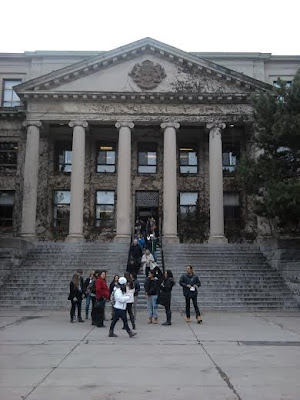 Some of the ivy on the wall of the building; late in the season, the leaves of the plant are long gone, leaving the lines of the stem itself clinging to the wall. 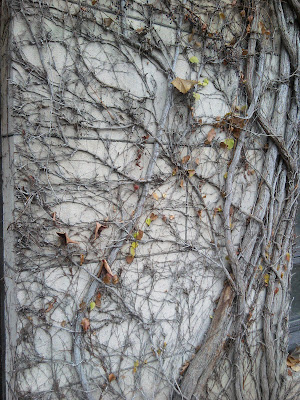 A short walk away, we find something completely out of place, a statue in front of a hotel, featuring a figure from South American history... 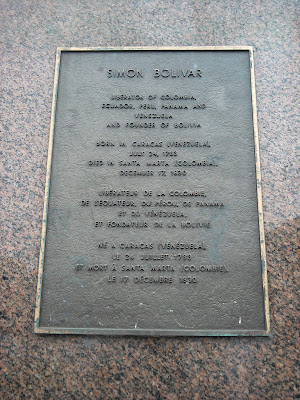 Simon Bolivar certainly never visited this country, and yet the man is here. It's a fairly common thing: his name is not only on the world map, but scattered all over places he never visited, in statues, place names, and even in the name of an American Civil War general (Simon Bolivar Buckner of the Confederacy). So why should we be surprised to see a monument of him far from home? 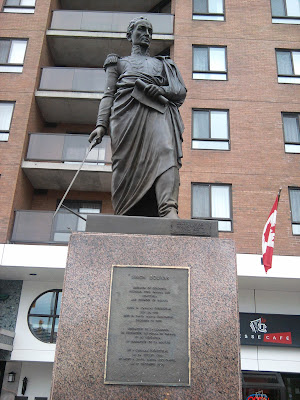