Did You Have To Bring The Accordion?

A large number of people were around the area from yesterday's post, including over at this campfire, where two musicians were playing. 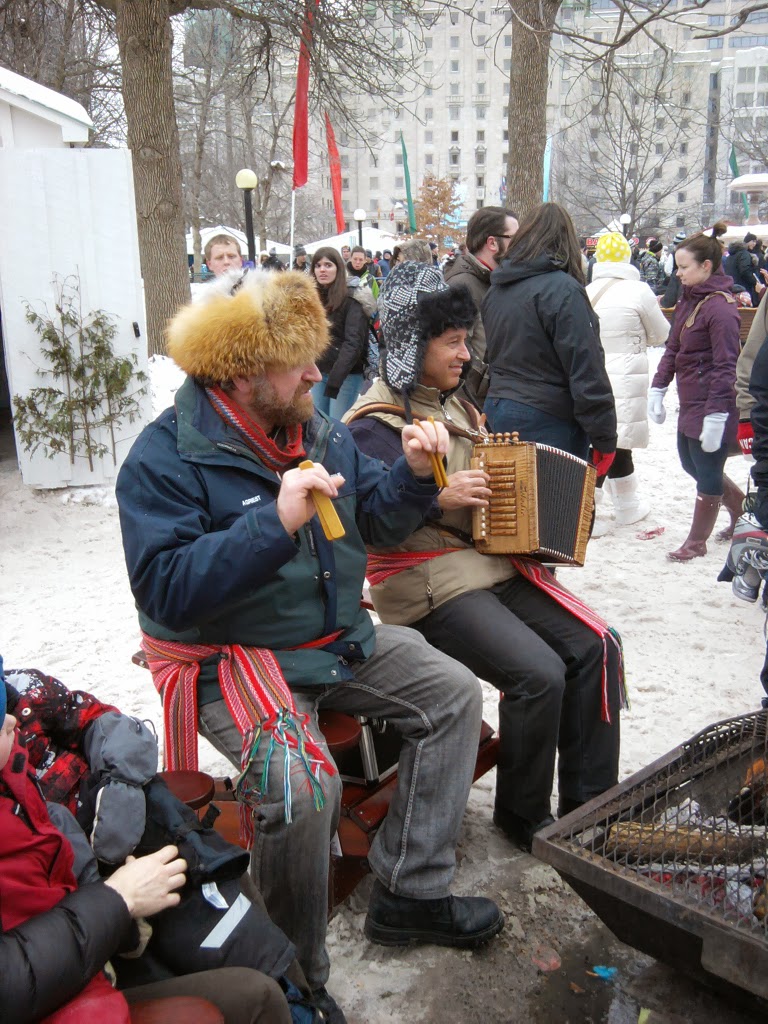 The accordion's a bit smaller than what I'm used to- my dad plays a larger one, and generally he plays polka music (growing up I made a habit of scurrying off to the furthest reaches of the house when that thing started up). I'm not sure what instrument the bearded fellow was playing, but it was a percussion sort of thing accompanying the accordion, something like little wooden sticks. They were playing folk music. They did draw the attention of those looking on. 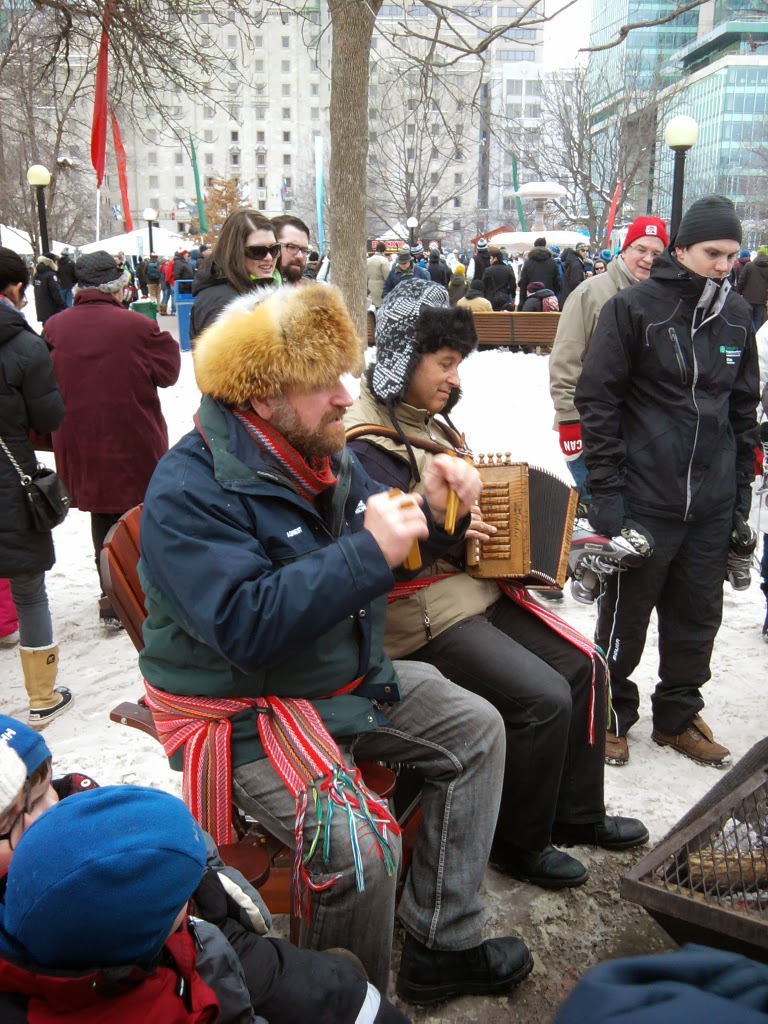 This is a treat for a Canadian winter, and it was at the Taffy Brothers demonstration area in the park. Trays of fresh snow and ice are set out and replenished regularly. Hot maple syrup (heated up in that large pot from yesterday) is spread out. 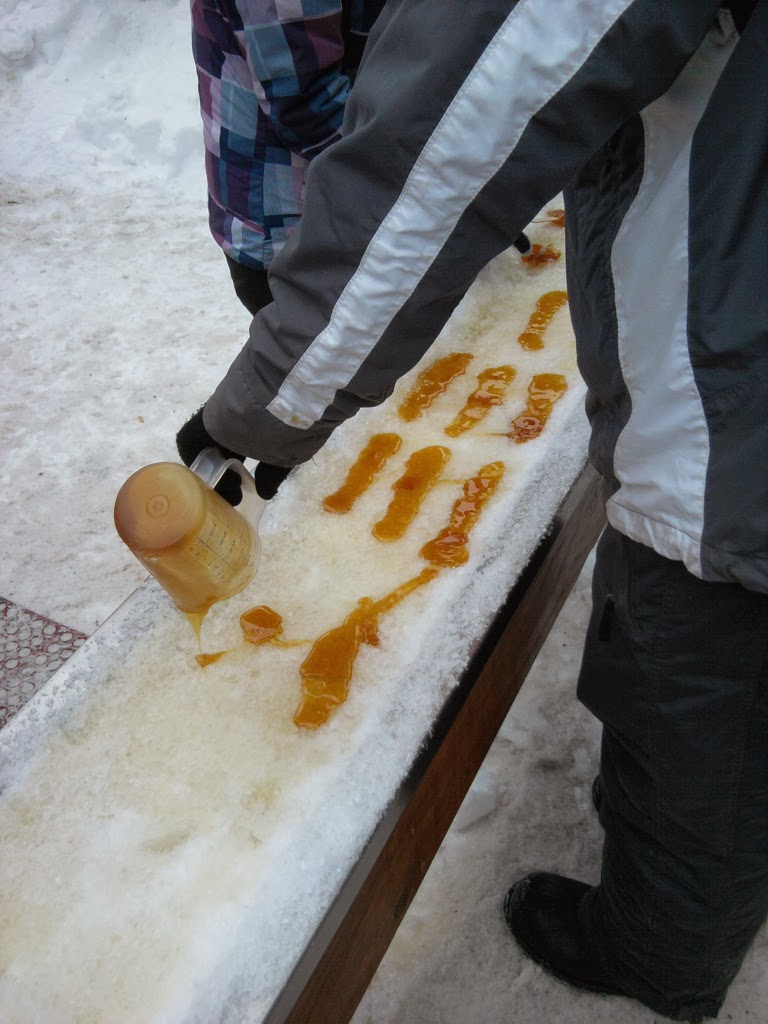 And then the syrup is rolled up with a popsicle stick for maple taffy candy. Quite simple, but very tasty. 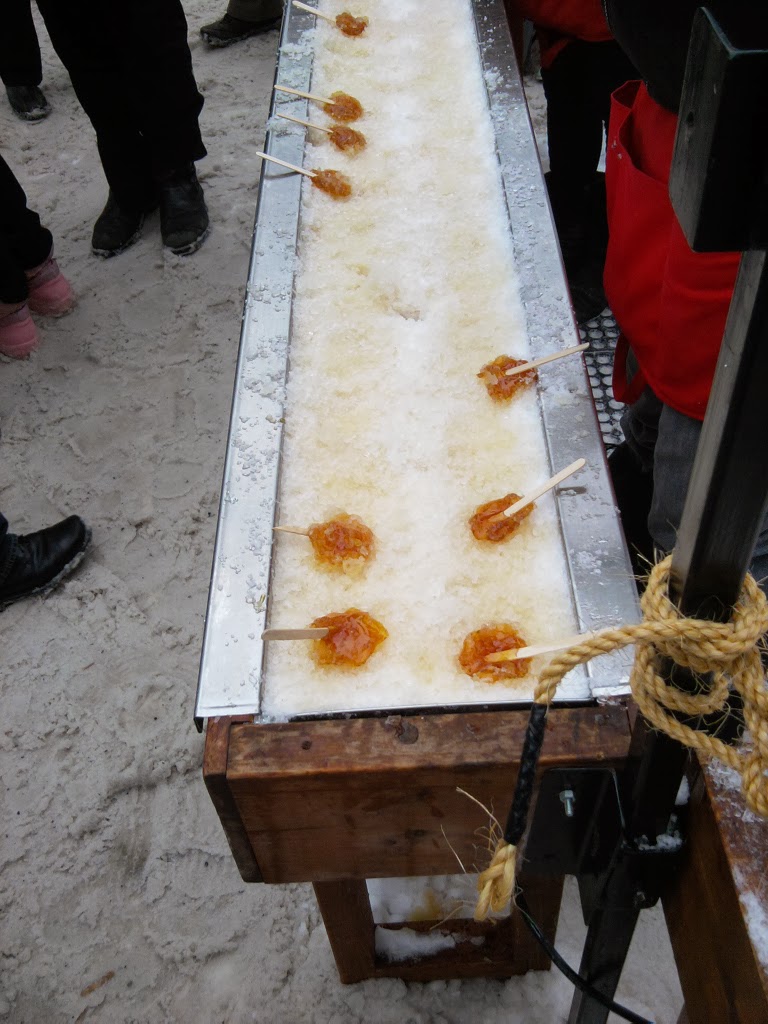