On Parliament Hill After A Snowstorm

A question came up in comments from yesterday. There was a colony of cats on Parliament Hill for years, taken care of by volunteers, housed in some neat shelters on the west side of Centre Block. They had the run of the Hill, and the cats could often be found strolling about. A year or two ago, the decision was made by the volunteers to adopt the remaining cats out to new homes, and the shelter area was removed. I do miss the cats, actually. They were a welcome sight on the Hill, and much more pleasant company than the politicians who infest it most days (except for their very long summer vacations, month and a half long Christmas break, and whatever other time off they take).

Back in December, I posted a number of Christmas pics from inside Centre Block on Parliament Hill. At the time I thought I'd be posting the rest of the tour in January, but things happen, so here we are, better late than never. I'll be taking you inside for a few days now, and it's curious with these first shots about the lighting... I wonder if I'd set the camera to a different setting, giving me a pinkish kind of hue. You might see Christmas decorations inside from time to time. That day I was up on the hill after a snowstorm in the night. The snow was still falling as I came up on the Hill, and the group of visitors I ended up joining were the first visitors into Centre Block that Sunday morning, though the building had been open for an hour or so.

This building is the Langevin Block, which is on the south side of Wellington, thus being the only Parliament building not actually on the Hill itself. It's been in the background of pics before, behind the sculpture of Terry Fox at that link, and it was in yesterday's post as well. The Prime Minister (aka Darth Harper, Dark Lord of the Sith) has his offices in this block. 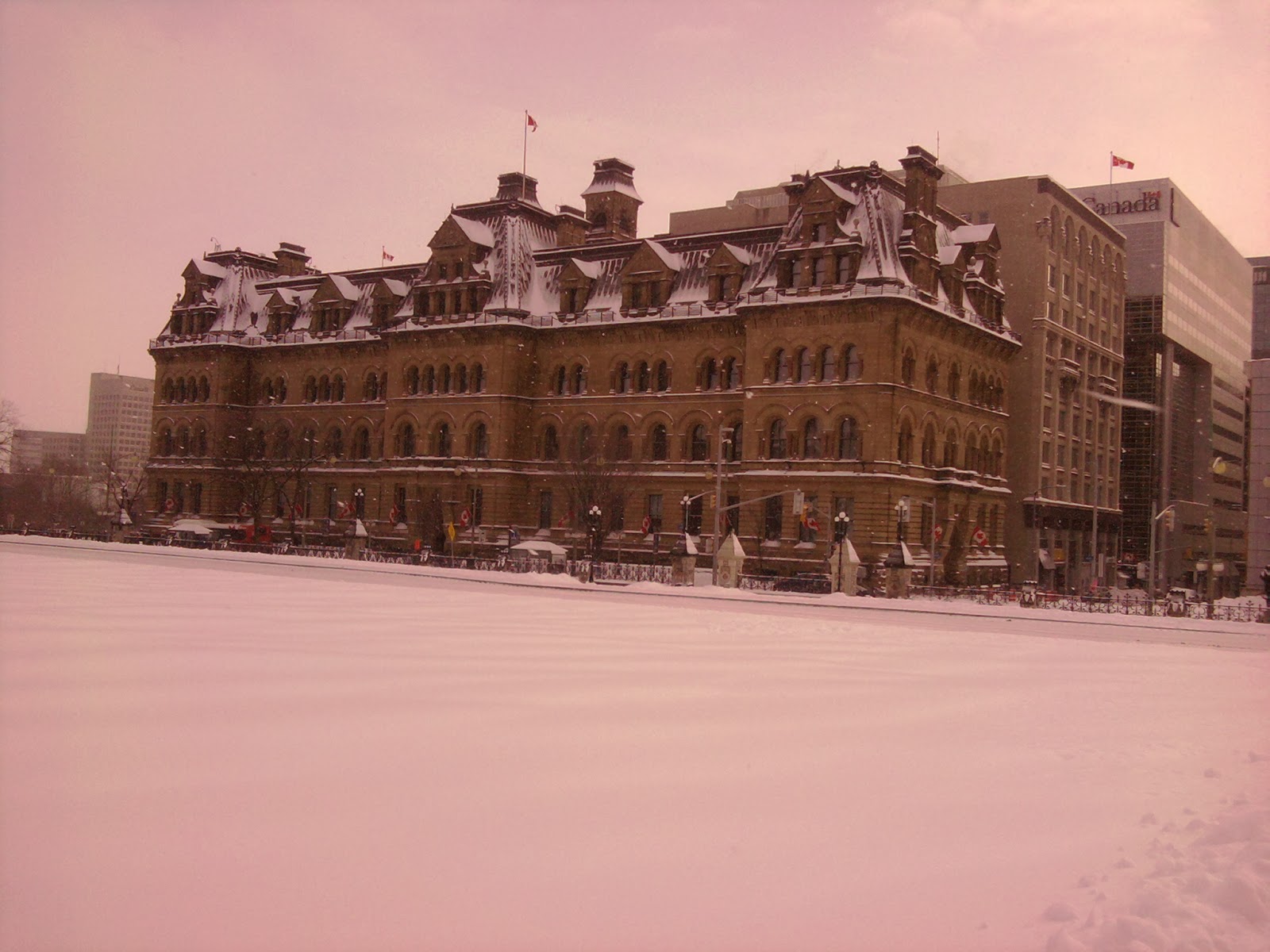 The East Block was quiet that day. 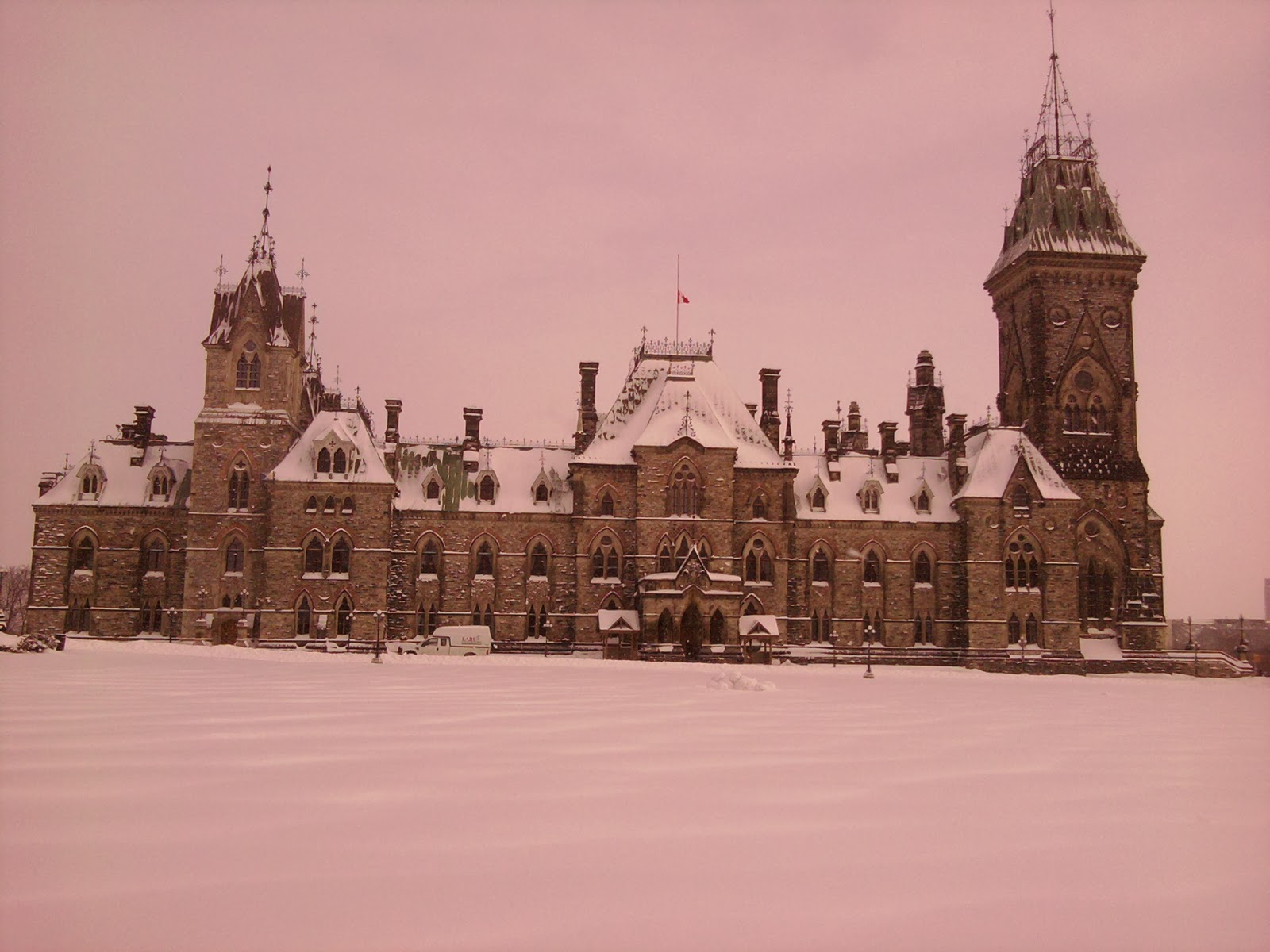 So was the Peace Tower. 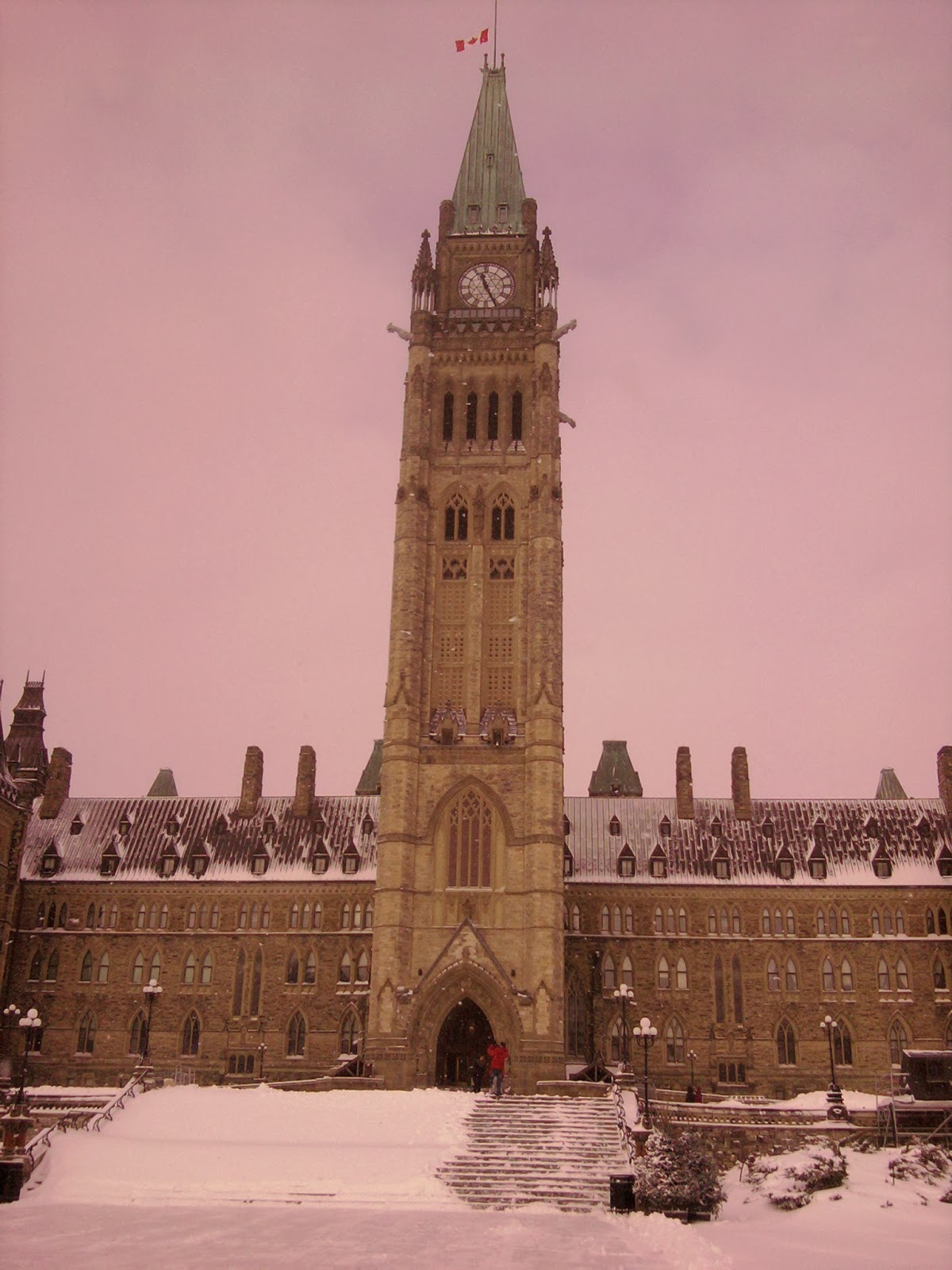 I snapped a couple of the carvings around the exterior of the main entrance. 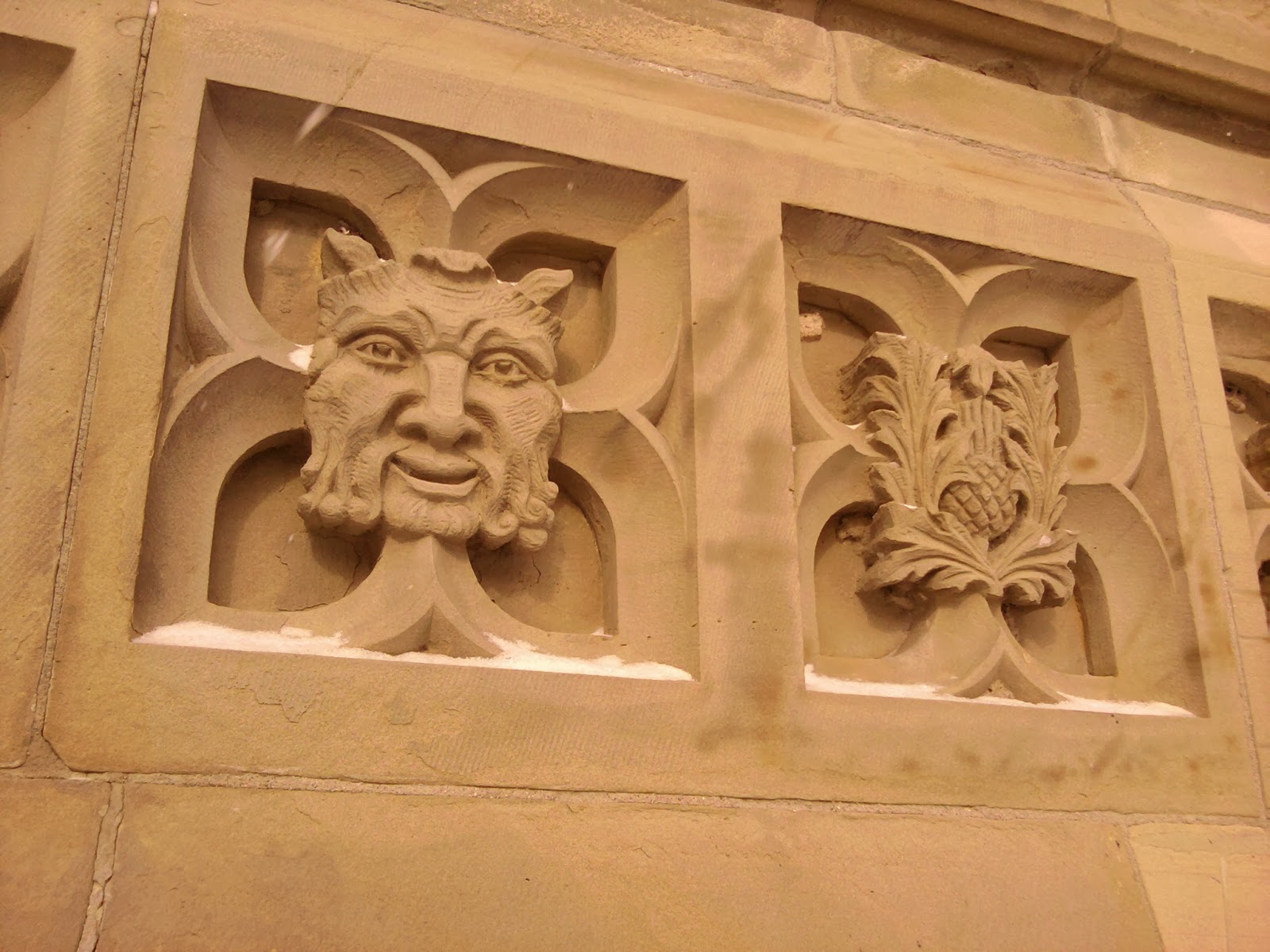 Snow dusted the nooks and crannies. 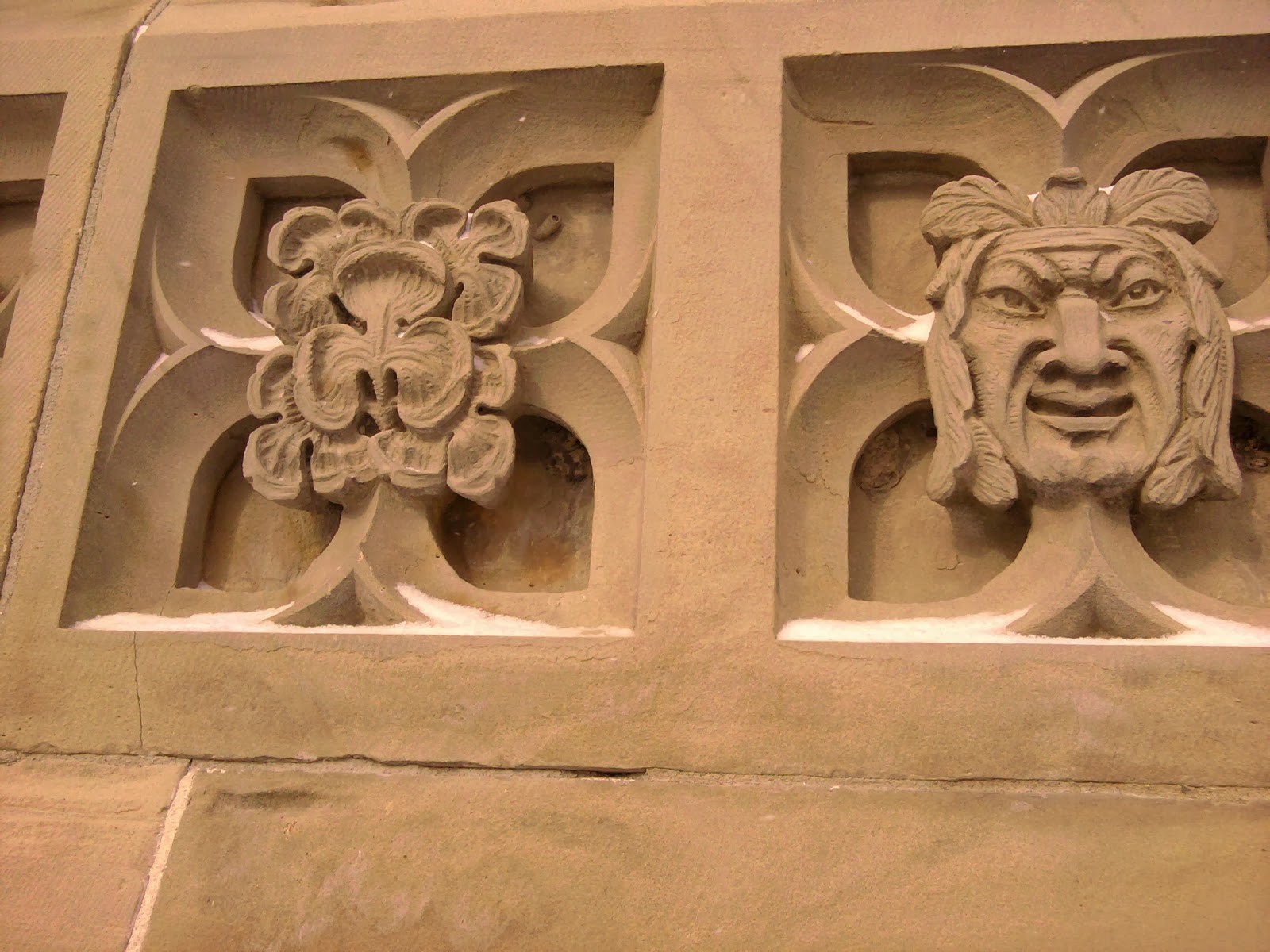