Colours Of The Morning Star

I will be posting this to Monday Mural in the morning. You can find more examples for the week at that link from photobloggers around the world who participate.

There is a fountain here in the Grand Hall, though at this time of year the water isn't on. 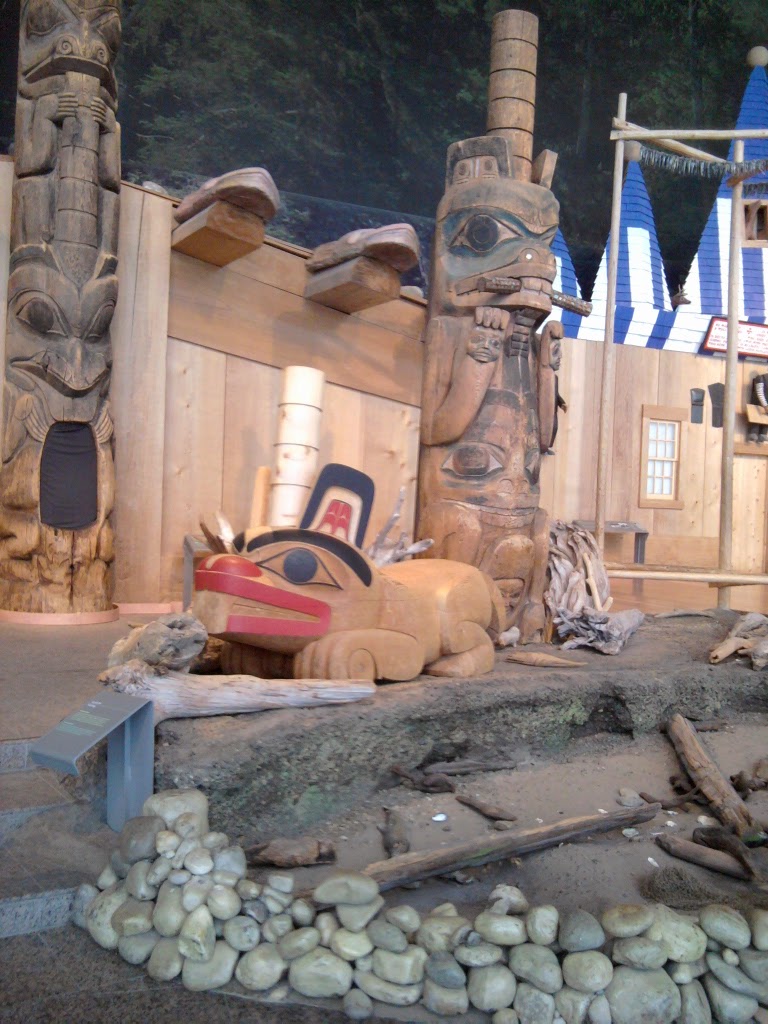 At the south side of the Hall are escalators and a staircase leading up towards Canada Hall. It helps to look up from here before making the ascent. Right at the top, one of the domes of the museum has a painting in place. 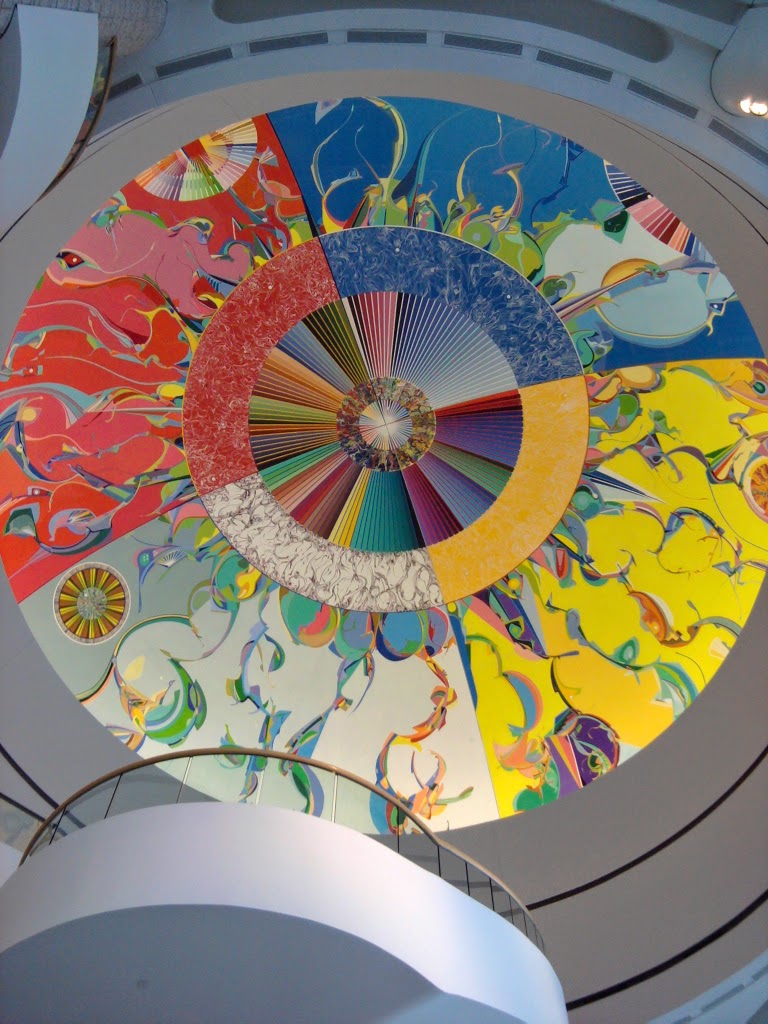 It's called Morning Star, by the Chipewyan artist Alex Janvier, completed over several months in 1993. The dome mural measures nineteen metres in diameter, covers an area of 418 square metres, and is perched a total of seven stories above the floor of the Grand Hall, according to the statistics I found on it. 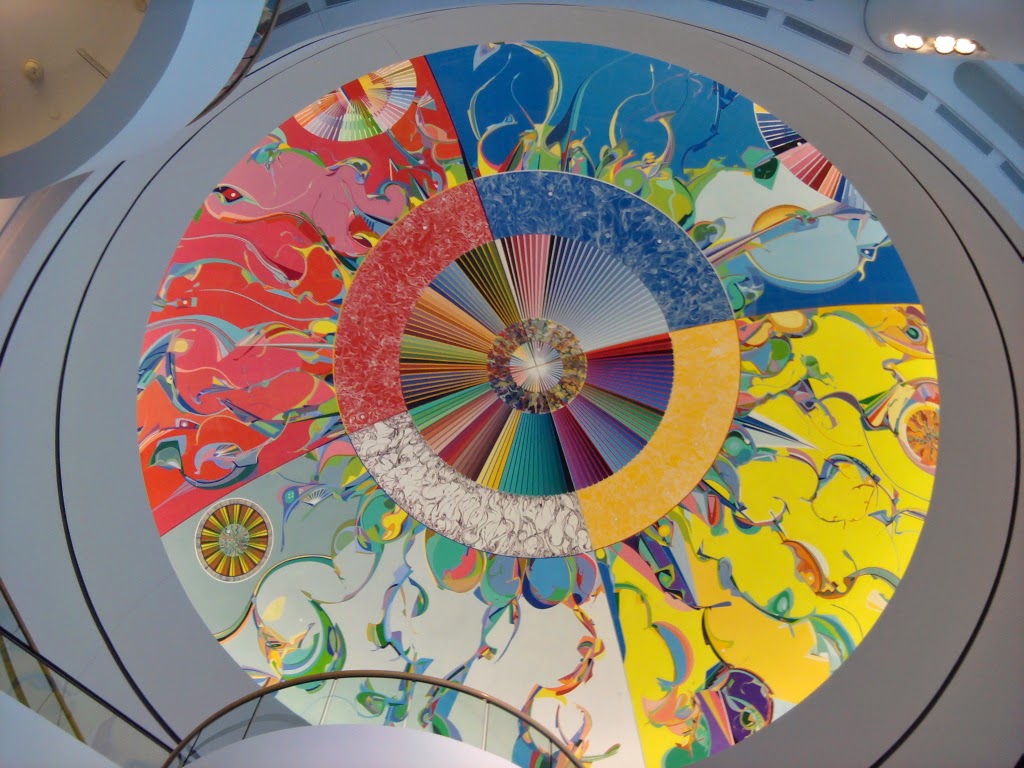 Up at the top, from the entrance into Canada Hall, one gets a good closeup of the heart of the mural. I find myself wondering how Janvier painted this- it had to have involved a scaffolding and floor. From up here, the view's dizzying, and I say that as a rock climber! 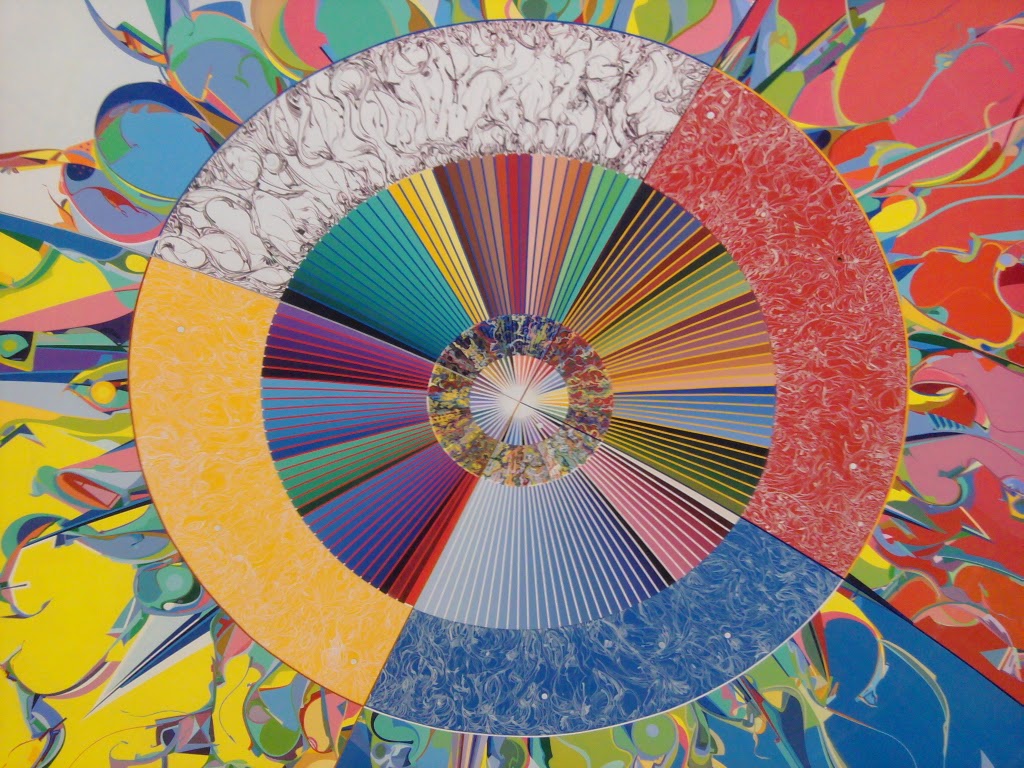