The 9th of May was designated a Day of Honour by the government, in tribute to the veterans of the Afghan War. Our Glorious Leader (said with derision) likes to paint himself as the best friend of our military, all the while turning his back on a century of government commitment to always look after veterans, treating advocates for veterans and their families with sneering condescension, kicking PTSD affected soldiers out of the military before retirement, and appointing a career thug as Minister of Veterans Affairs. The Prime Minister, in short, treats veterans with sheer contempt.

Rant over. Anyway, there were events on Parliament Hill that day. I was up earlier, when things were already being set up. The helicopter on the lawn is a Chinook model, a current generation heavy lift transport. 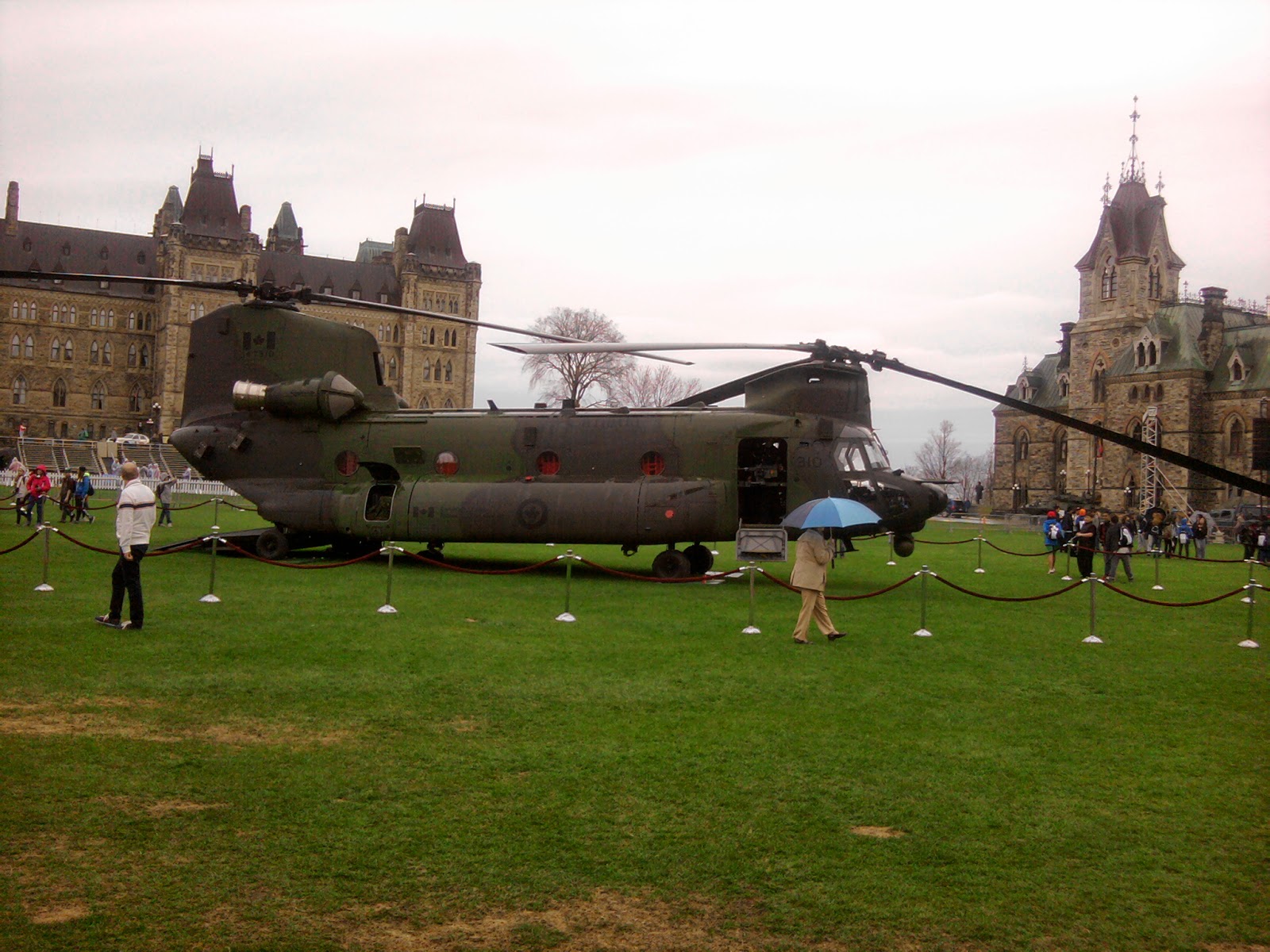 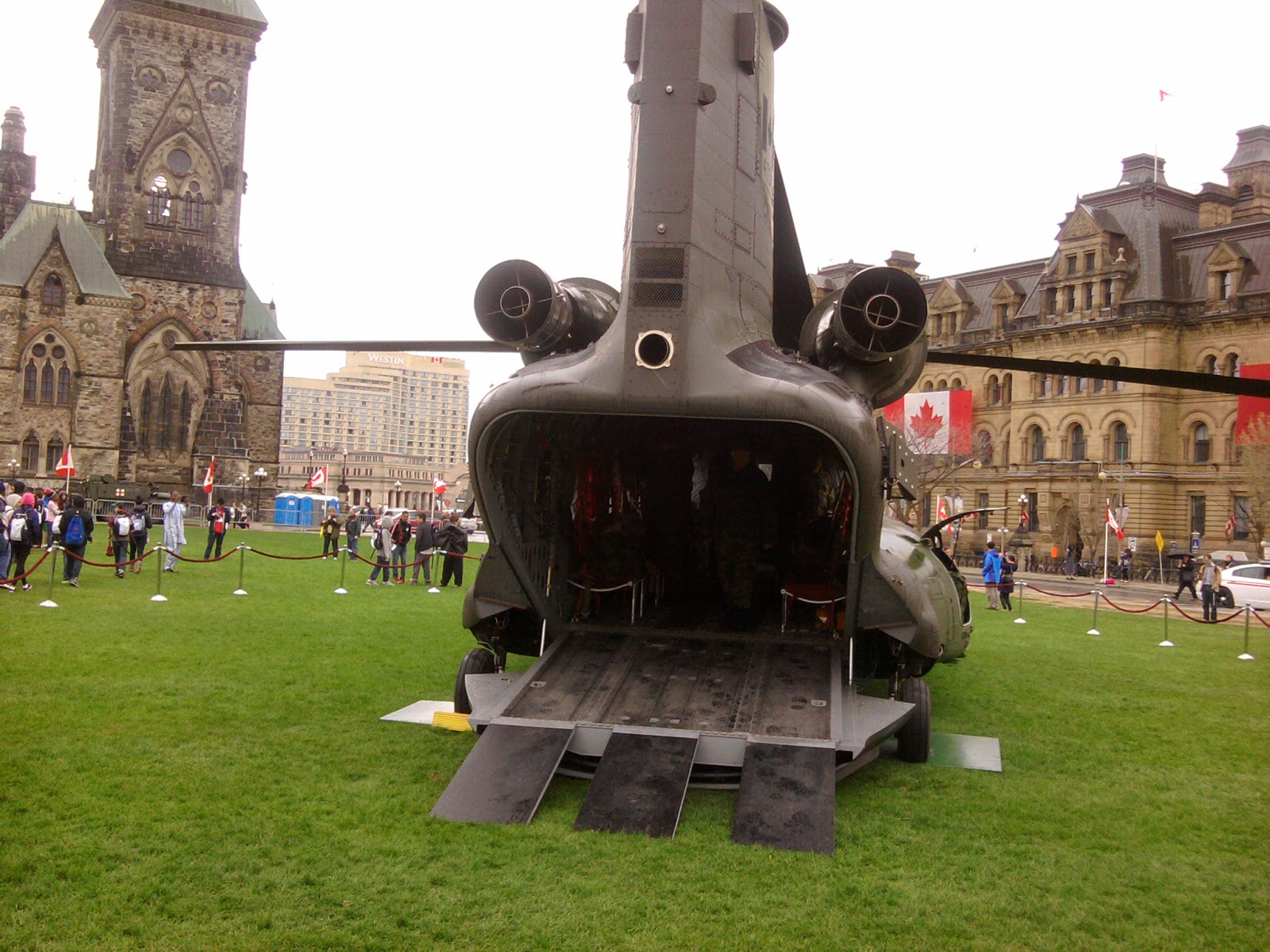 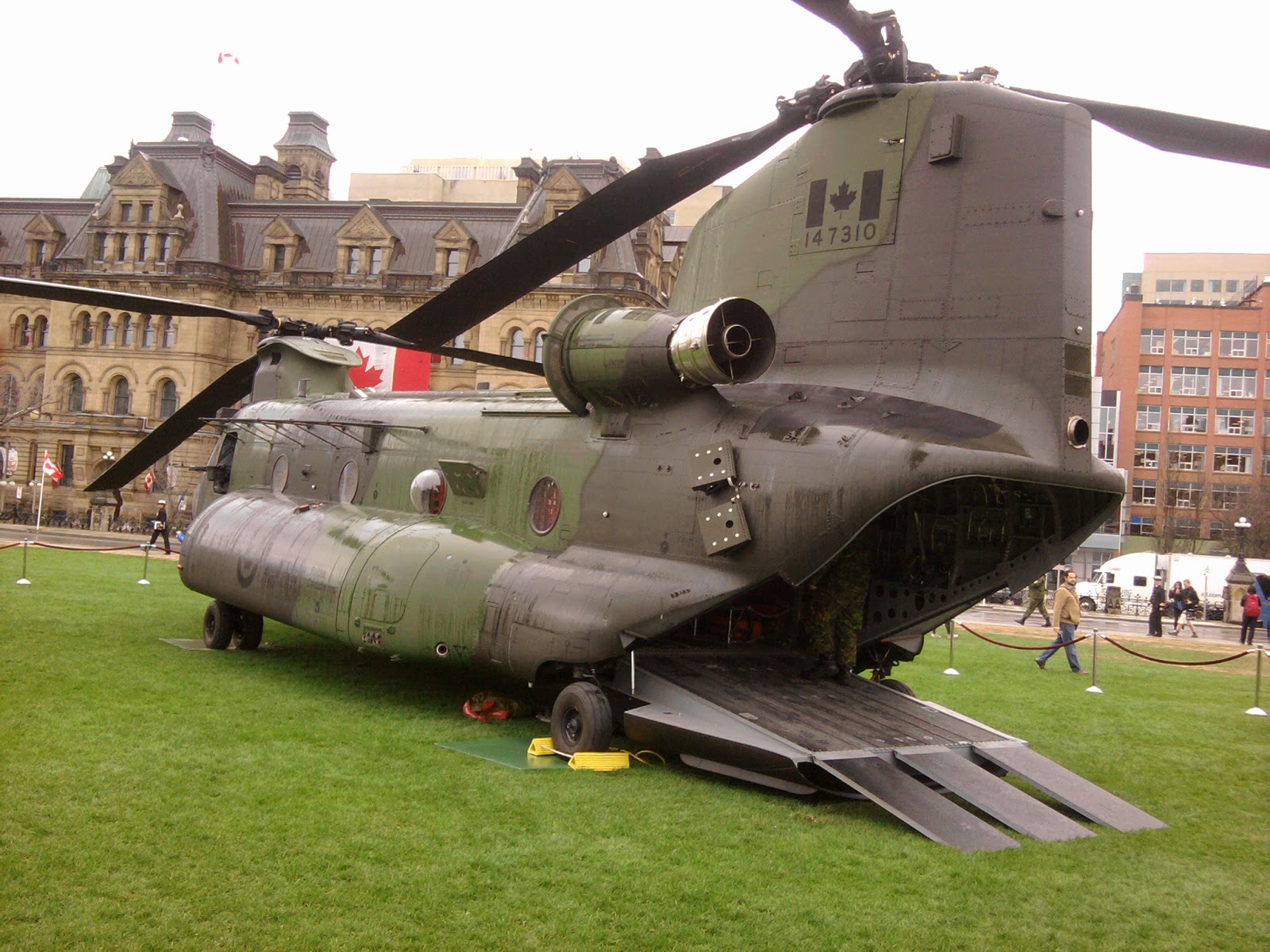 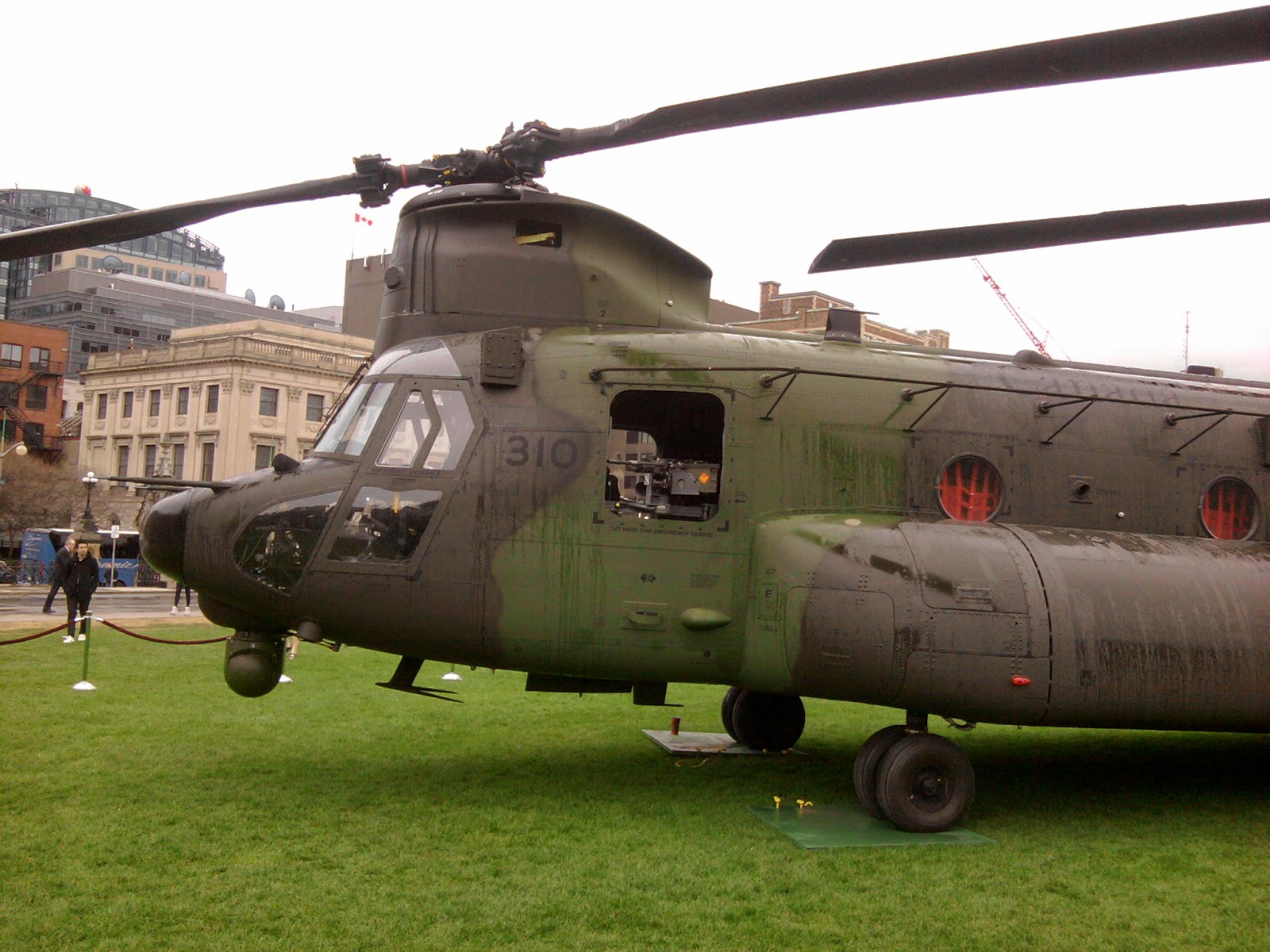 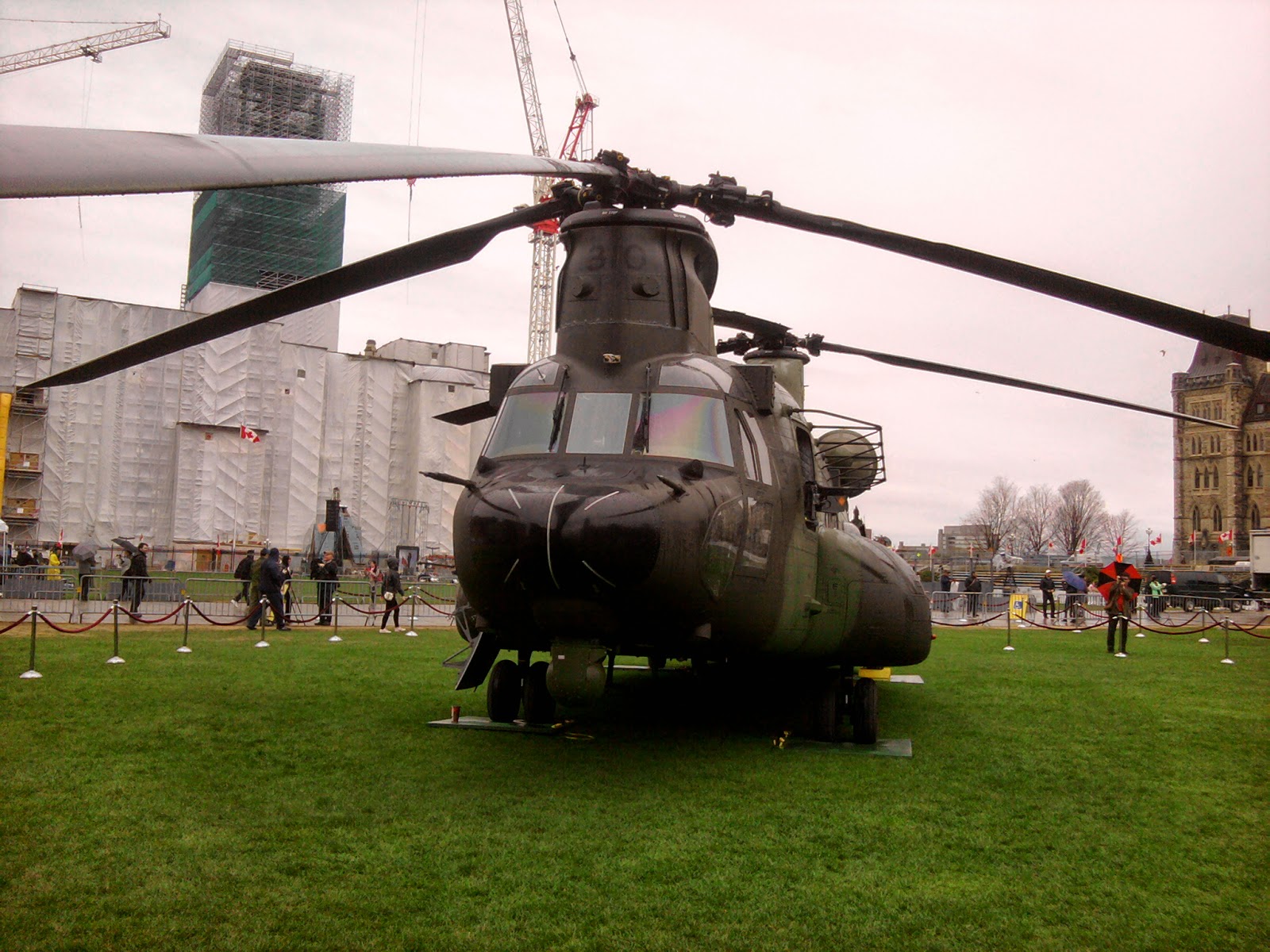 Also present on the Hill was this Howitzer field artillery. 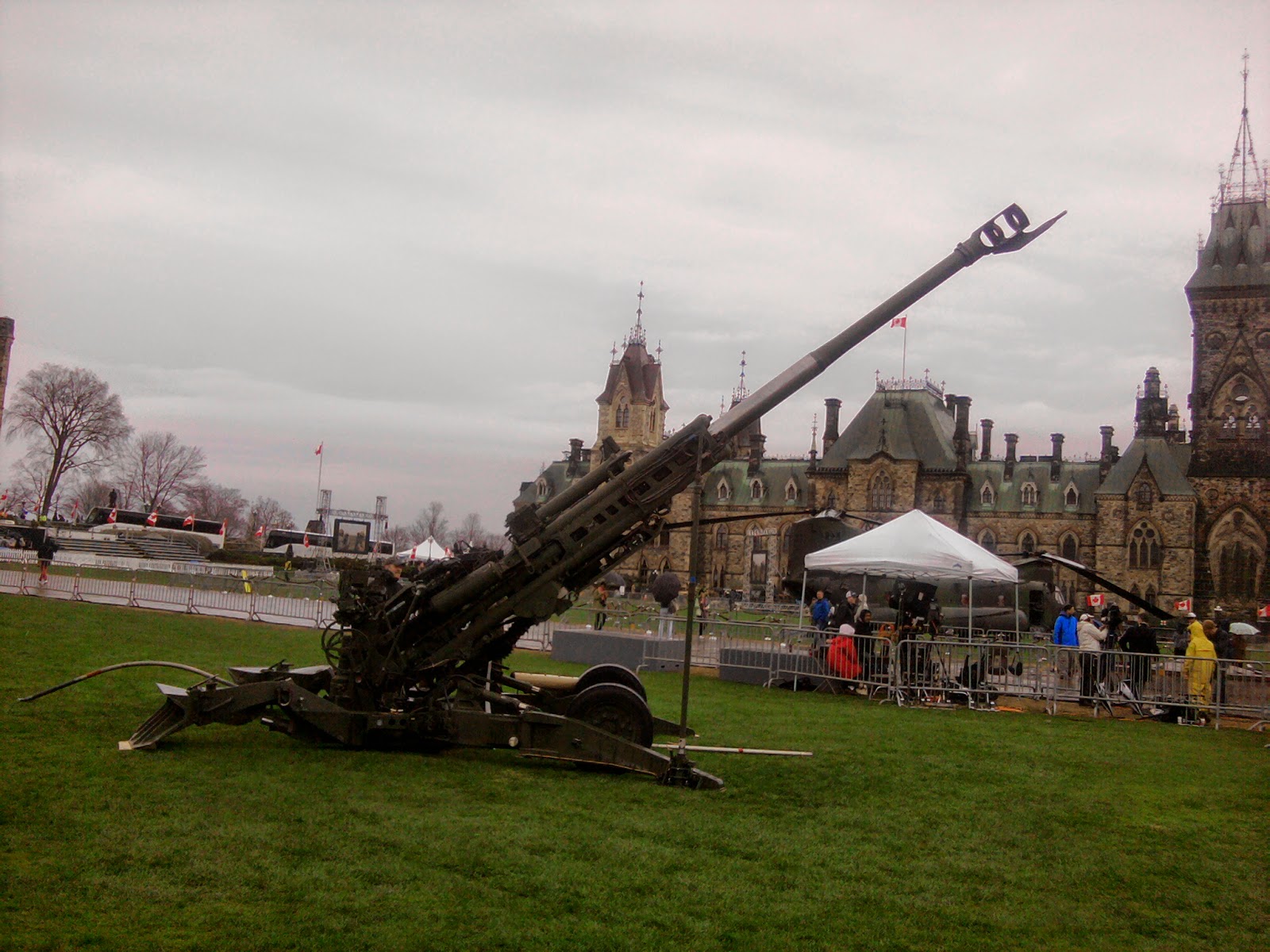 More from this day over the next two days. 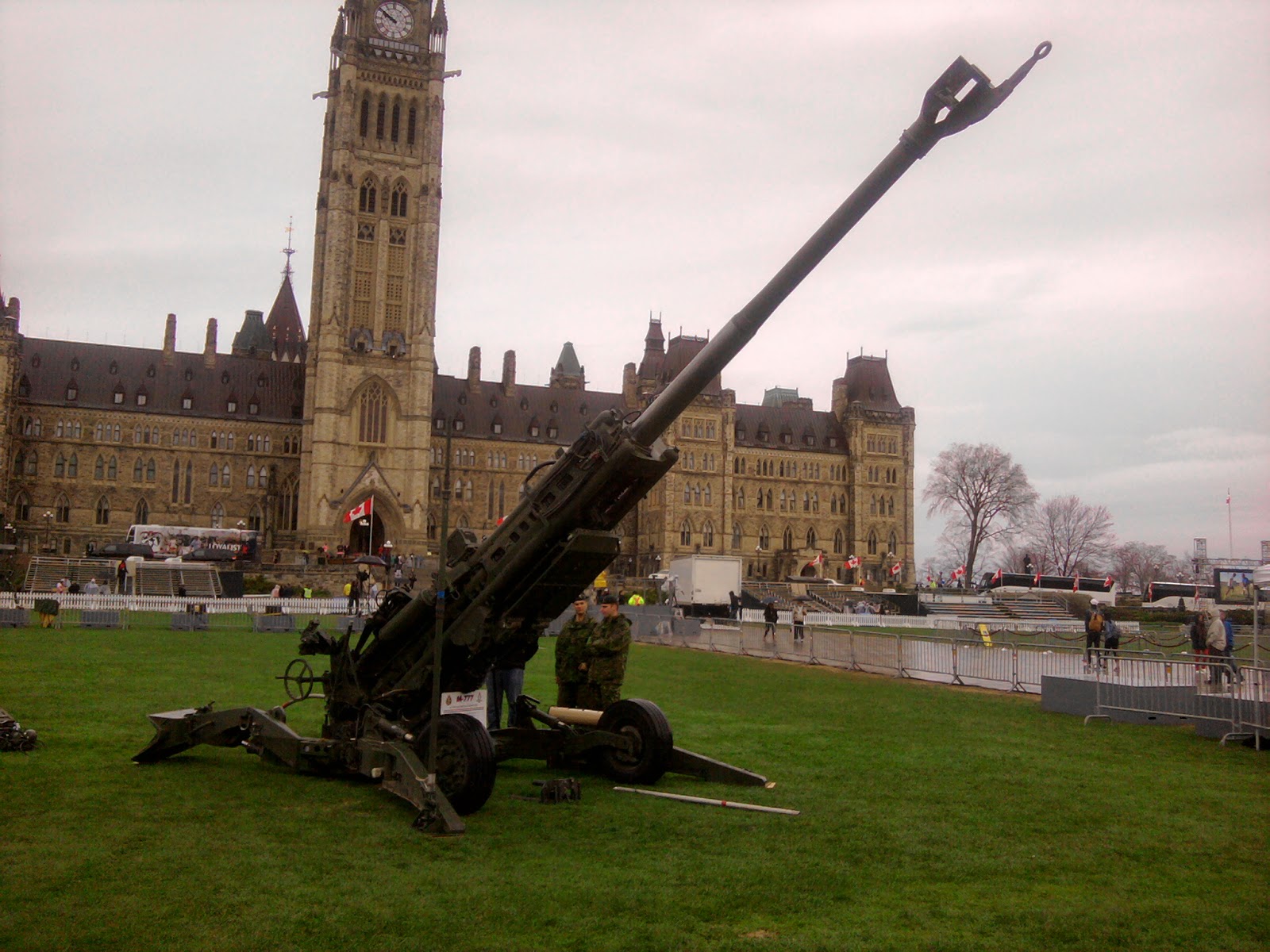