The War of 1812 was a momentous time in Canadian history, with British regulars, colonial militia, and First Nations warriors fighting American soldiers across the frontier. The American objective was to push the British out of North America once and for all. Ours was to deny that. Guess which side achieved their objective. 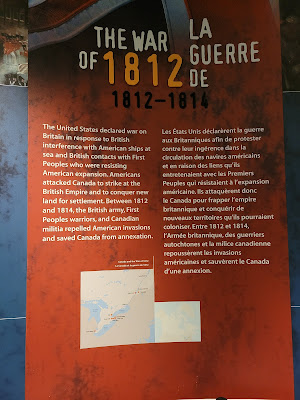 Prominent in this display case is a uniform coat of particular significance. It is the coat of General Isaac Brock, who led our side at Queenston Heights and was shot down by an American. The hole where he was hit is still visible on the coat, just beneath the overturned collar. 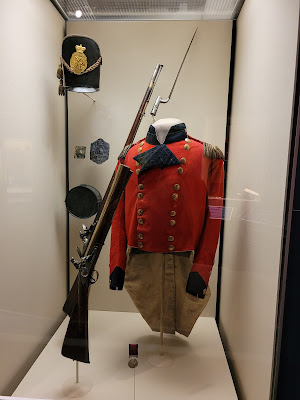 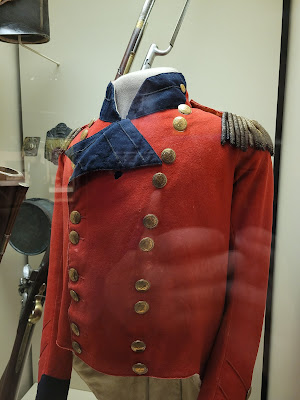 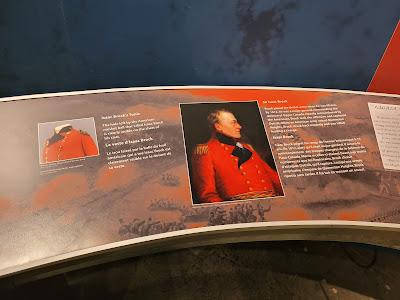 This period was, to say the least, not the most ideal for battlefield medicine. Doctor's tools are seen in this display case. 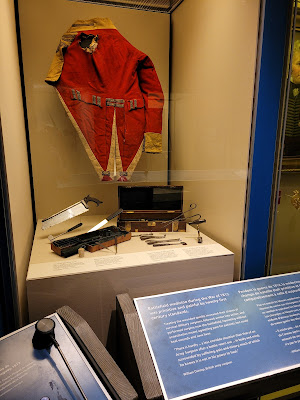 Charles de Salaberry was a rarity of the time- a Francophone officer serving in the British military, born in Quebec and who distinguished himself time and again during that war. 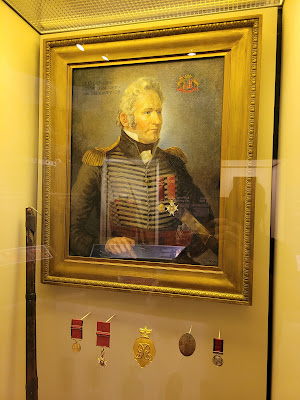 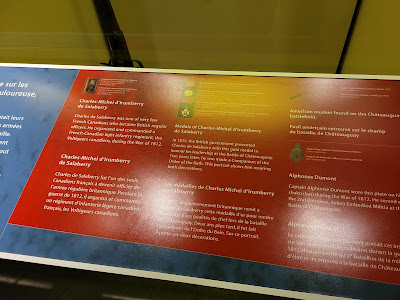 Tensions with the Americans persisted for decades afterwards. This display case contains items pertaining to the culmination of that tension- the Fenian Raids. A certificate, medals, and Union soldier's cap are here. The Raids were in the aftermath of the American Civil War, when Irish American veterans of that war banded together and launched raids into Canada in an attempt to force the British to give up Ireland. Each time they were pushed back. The Civil War and the Fenian Raids solidified the Canadian provinces into Confederation as a response to seeing the chaos from south of the border. 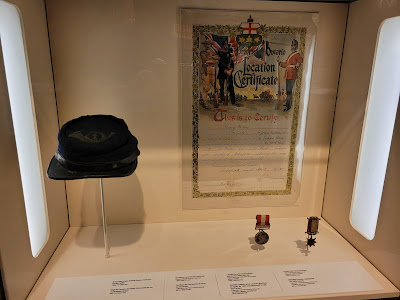 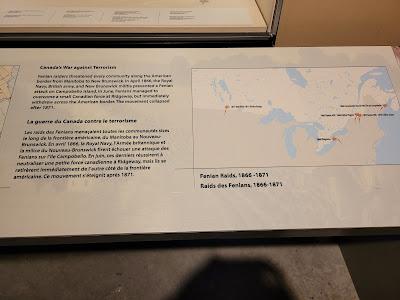 This display case features items belonging to a typical Canadian militiaman of the time. 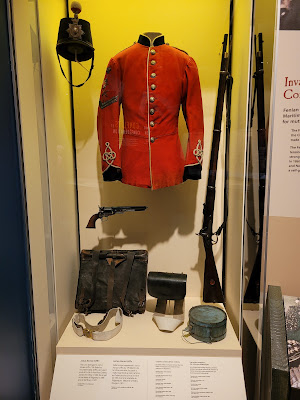 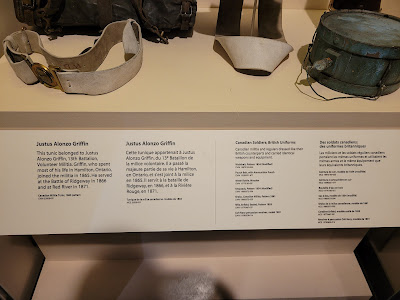 A look into what comes next. 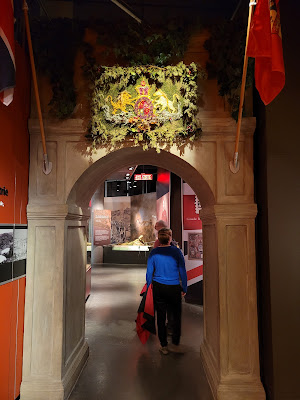