A set of displays looks at propaganda of the First World War. This particularly grisly poster of the time looks at the story of Edith Cavell, a British nurse executed by the Germans for helping the escape of POWs. This act outraged the Allies. In Canada, a mountain in the Rockies was named in her memory. 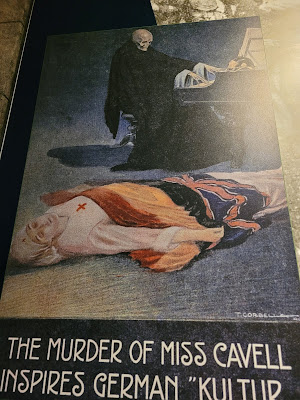 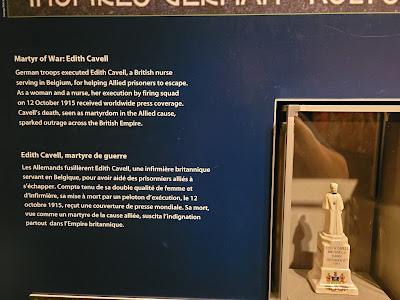 This work of art is based on a story that hasn't been conclusively proven. At Ypres, a story circulated that German soldiers crucified a Canadian soldier on a barn door. Canada's Golgotha is sculpted by Derwent Wood, dating to 1918. 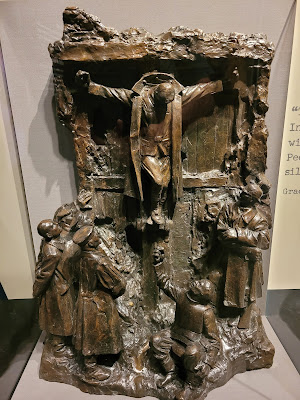 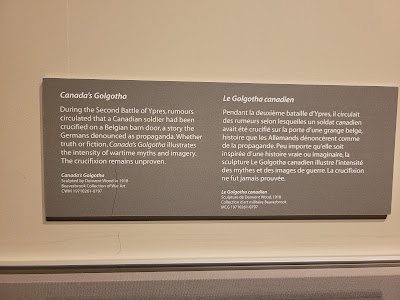 Another act that outraged the Allies was the sinking of the passenger liner Lusitania, by a German U-boat. 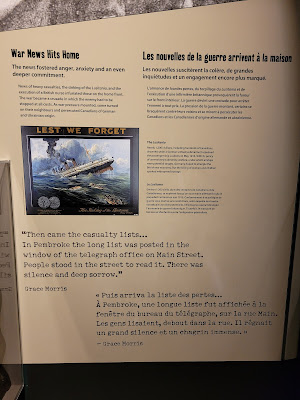 The centrepiece of this display case is a porthole recovered from the wreck of the ship decades later. 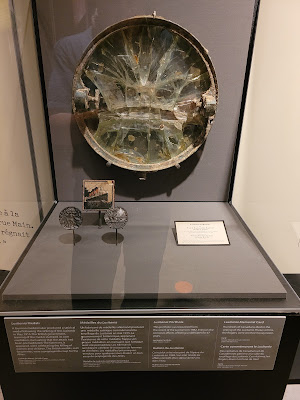 Here we have a model of a typical layout of trenches of the war. 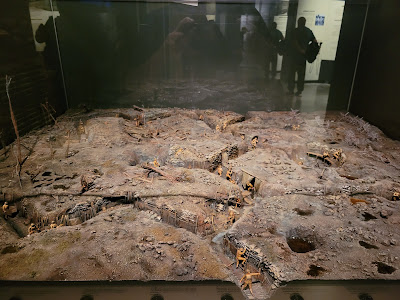 And nearby you can walk through one, typically dark, with accompanying sounds playing off unseen speakers. 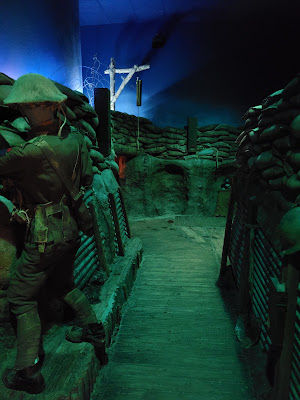 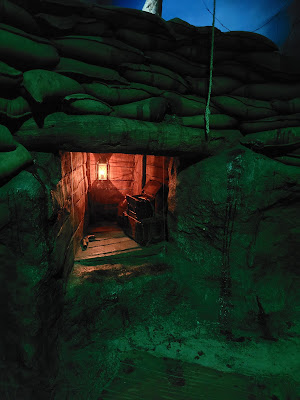 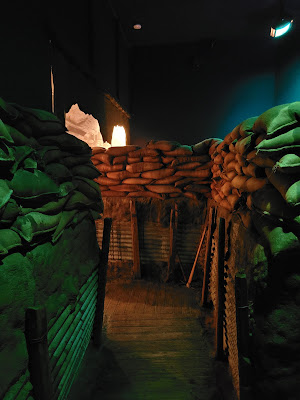 The path takes us to this area that at its heart focuses on the Battle of Vimy Ridge. 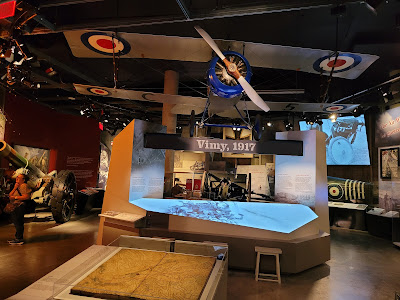 A topographical model of the ground, held by the Germans from 1914 up until April 1917, and used in the planning of the attack, is here. 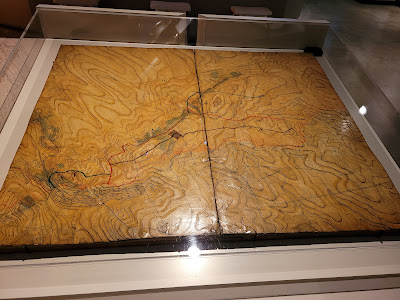 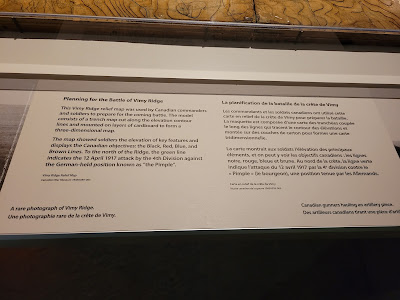 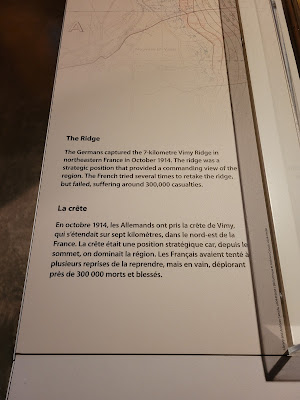