Warfare On A Larger Scale

This field gun is a veteran of the South African War, where it saw service at the Battle of Leliefontein. Three Canadians won Victoria Crosses in that battle for extraordinary bravery under fire. 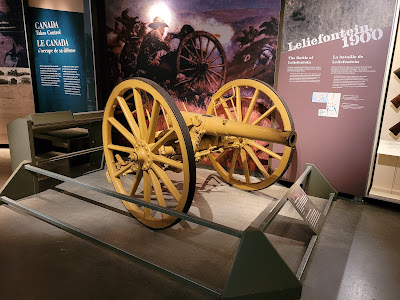 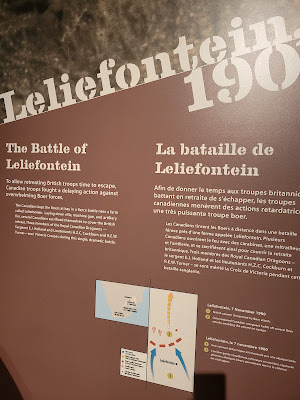 Georgina Pope served as a nurse during the South African War. She would continue on in that duty afterwards and see duty in the First World War, coming to command Canada's nurses in military service. 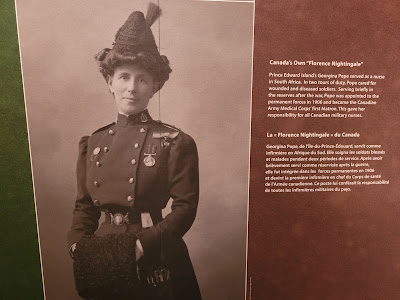 This Colt revolver was the personal revolver of one of those who won a Victoria Cross at Leliefontein: Richard Turner. It really isn't too different from a contemporary version. 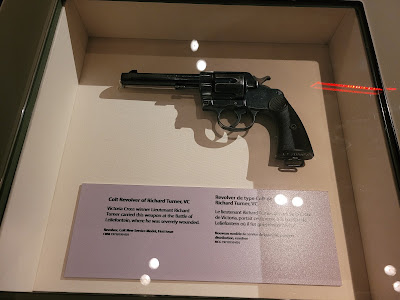 Following the South African War came the build up towards the First World War. A large area introduces us to the causes of the conflict. Canada, as part of the British empire, would automatically be committed to the war, which would see conflict on a larger scale than ever seen before. 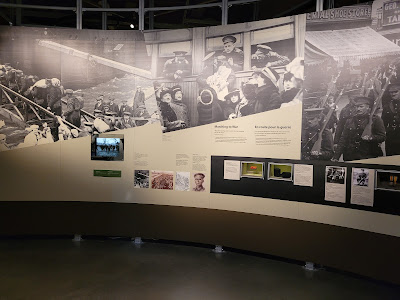 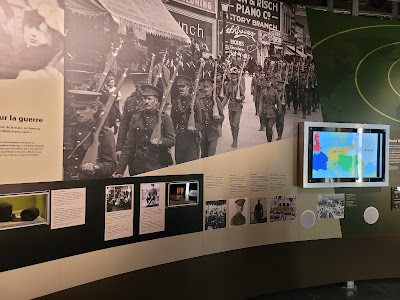 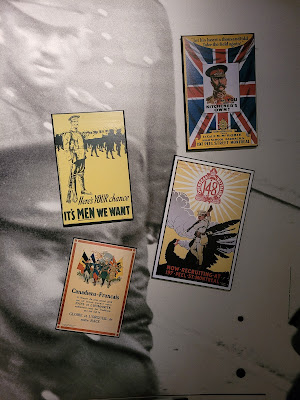 Here we have the uniform of a typical Canadian recruit from early in the war. 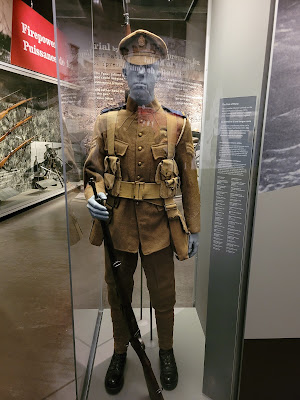 This large painting has always appealed to me. Canada's Answer is by Norman Wilkinson, and depicts the sailing of the first contingent of 32 000 soldiers for Europe in October 1914. 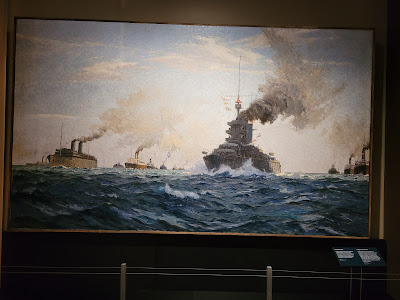 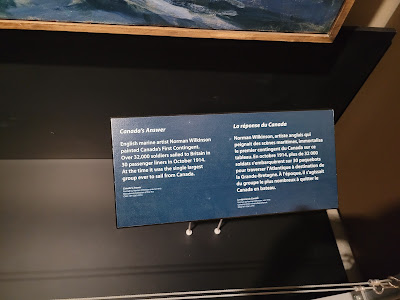 A few years difference between this field gun and our first one from the South African War, but advances were obvious. Artillery fire of the war was one of the real killers of the war. Canadian soldiers would first see combat at the Second Battle Of Ypres. The quotes on the wall to the right speak volumes of that battle. 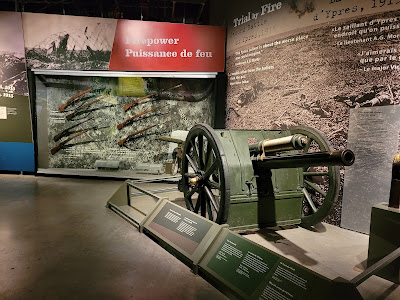 Canadian doctor, poet, and soldier John McCrae had served in the South African War, and came back for the First World War. At Ypres a friend was killed in combat. In Flanders Fields was McCrae's response. 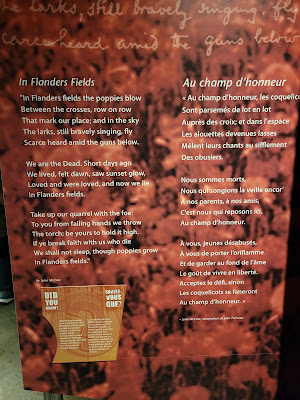 His personal pistol is displayed here too. 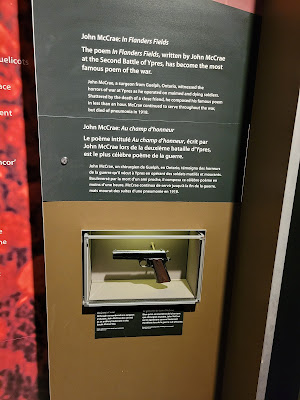