A Queen, A Prime Minister, And A Flag

A few days ago I was on Parliament Hill for some exterior shots. On the east side of Centre Block, among the statues there, is one of two monarchs represented on the Hill. Queen Elizabeth II sits on a horse. 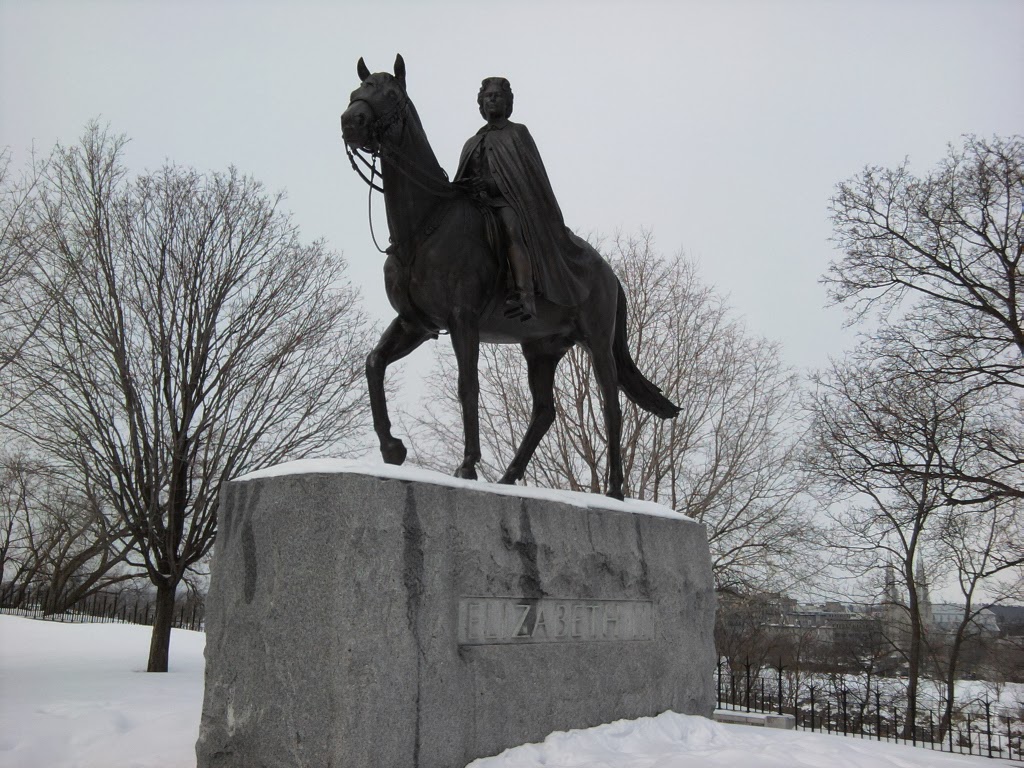 Close by is a statue of Sir John A. Macdonald, our first prime minister and one of the fathers of the country (and occasional partaker of alcoholic spirits- by occasional I mean frequent). You can see the Queen's statue in the background. 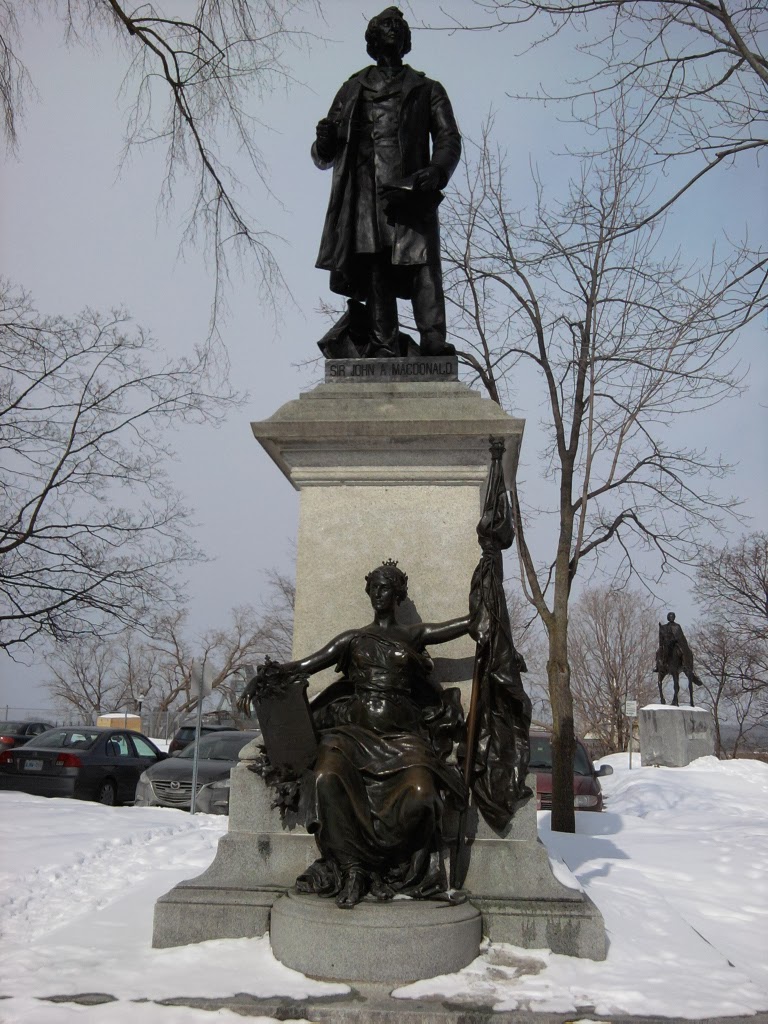 A short walk away is this arched entrance, which is the east entrance used by senators. I like arches, so this one I've always liked to use to frame photographs. 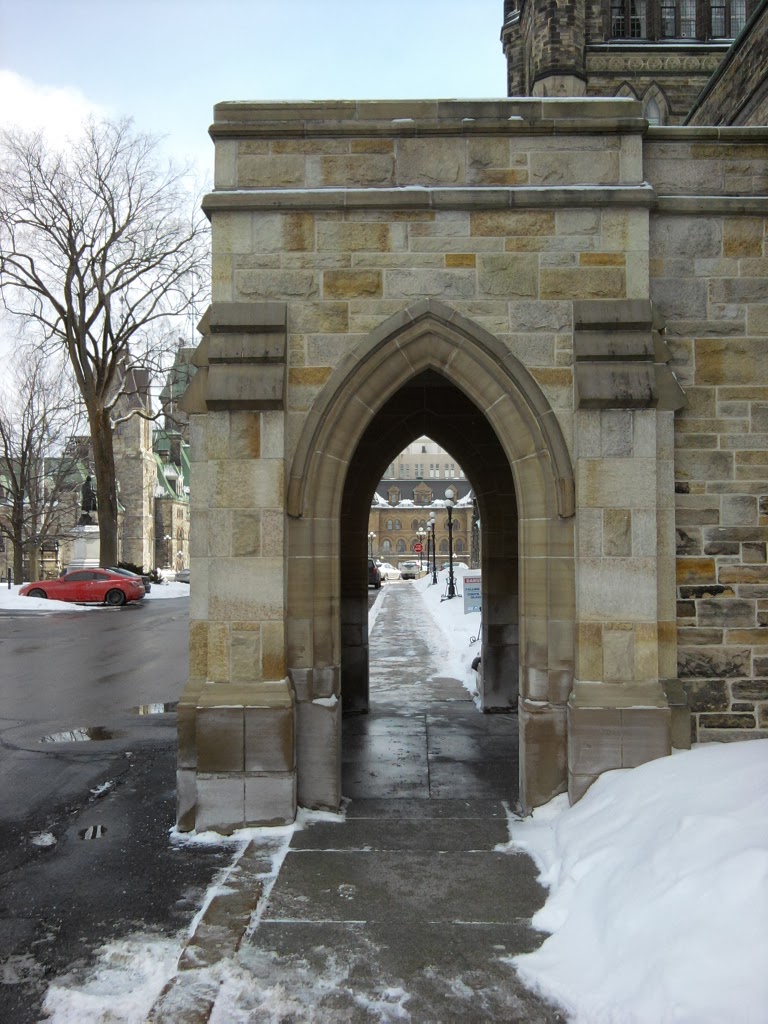 One of the flagpoles on the Hill is occasionally used to fly other flags. At the time I took these shots, the Ukrainian flag was flying from this flagpole overlooking the East Block and the front lawn. 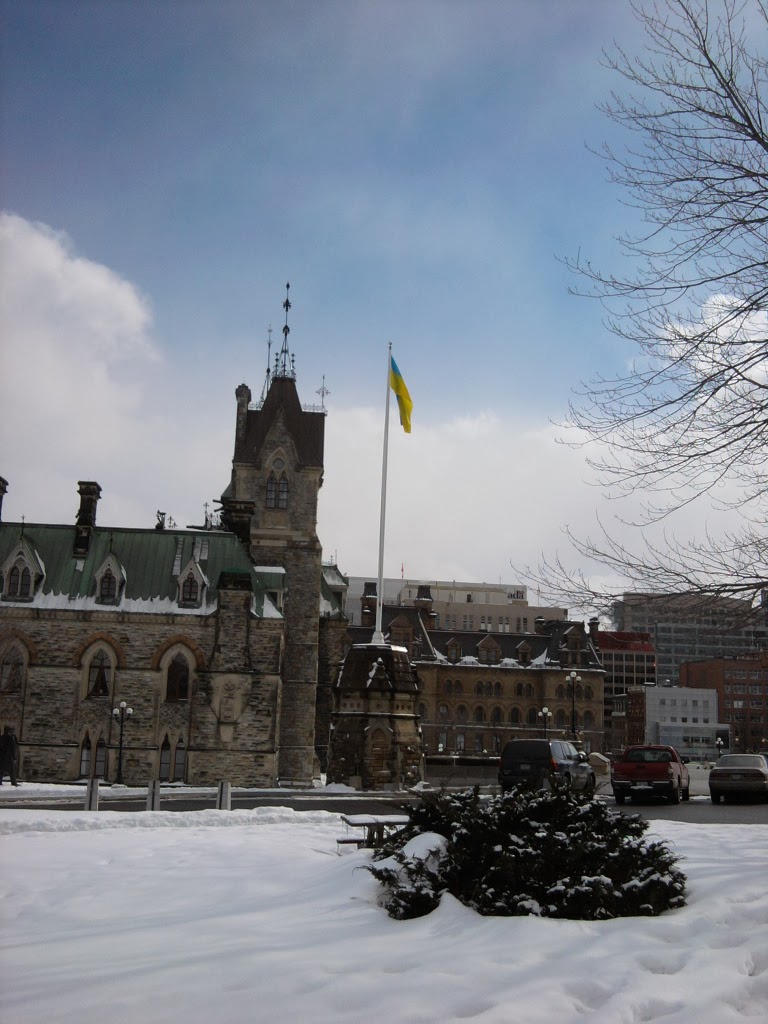 It's a gesture by the federal government given the current situation, a typical gesture by a government that loves symbols and making political hay out of everything. 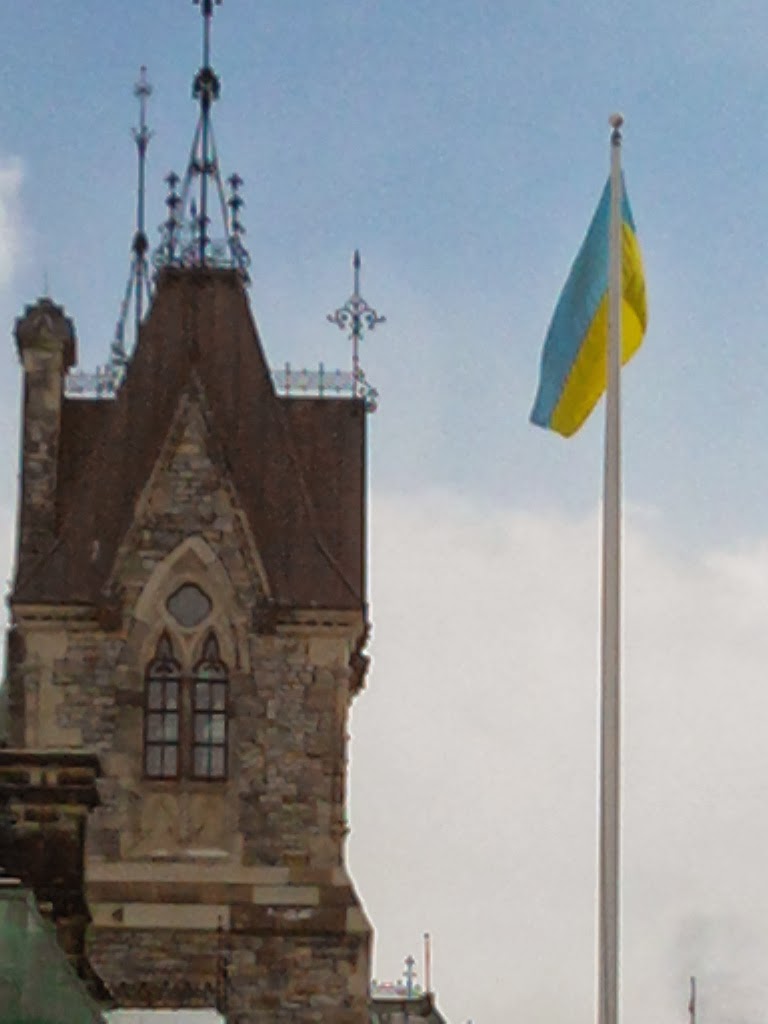