I found this photograph in my archives from last year. I remember taking the shots, but not publishing them. The bear sculpture is at the end of Sparks Street, facing the War Memorial, and has been there for many years. Someone at the time thought it was a good idea to add some Christmas decorations to the sculpture, in the form of the ribbon and Christmas lights. The widow of the artist did not like that at all, and the additions were quickly removed. 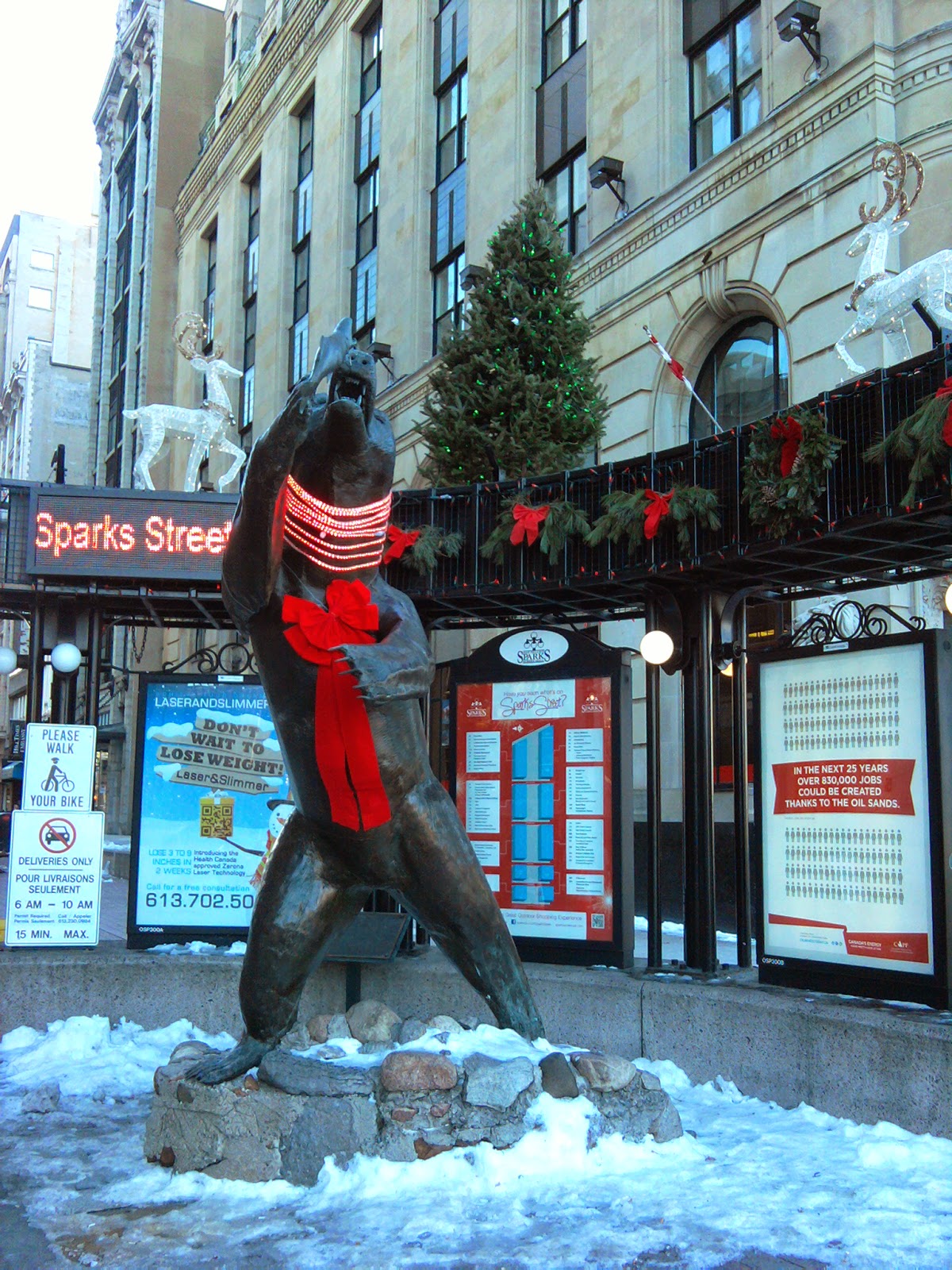 The electronic screen and billboard behind this have since been removed. There was talk for awhile of moving the bear down the street; some buffoon thinks a sculpture of the Stanley Cup should be placed here, simply because the concept of a hockey championship was hatched at this intersection in the 19th Century. It might have been the same dolt who thought the lights and ribbon was a swell idea. If by chance this post falls under the eyes of the aforementioned buffoon: you're an idiot, sir or madam (most likely sir, and why on earth am I being polite by using polite terms? As I said, I think you're an idiot).