"What does this song mean? My whole life, I don't know what this song means. I mean, should old acquaintance be forgot? Does that mean we should forget old acquaintances, or does it mean if we happened to forget them, we should remember them, which is not possible, because we already forgot?" ~ Harry Burns, When Harry Met Sally 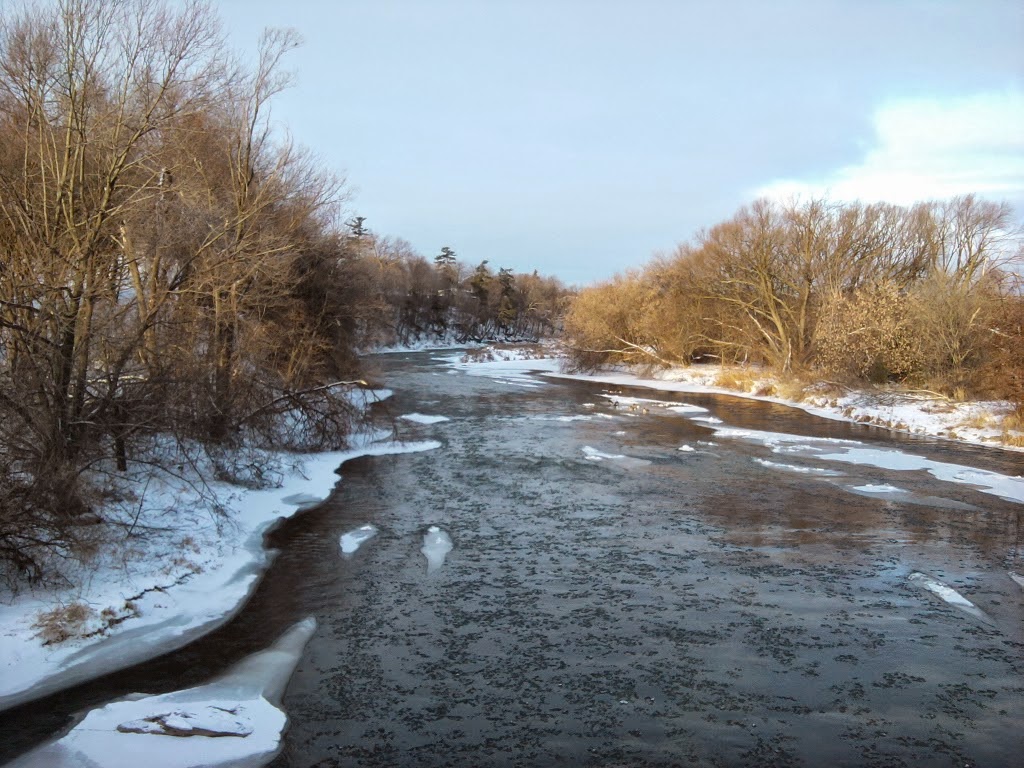 I thought I would mark the passing of the year with two of the first shots I took in 2014. These were taken in Mississauga on New Year's Day. The Credit River passes through the Streetsville area on its way to Lake Ontario. The footbridge below passes over it. This parkland is very close to my aunt and uncle's home. 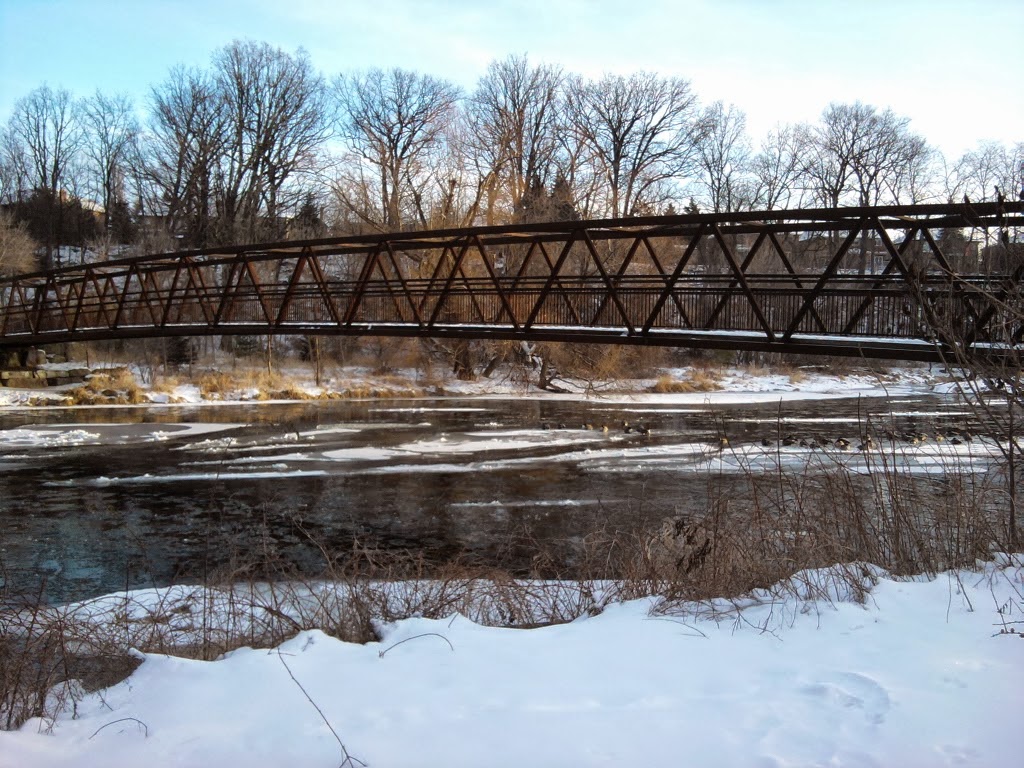 This being an Ottawa photo blog, though, I must also close out with a shot from Ottawa. I decided a shot of my occasional series subject, the Bank Street Bridge, would do. This shot is from early January. The pond is near the bridge, and linked to the Rideau Canal. When water levels in the Canal drop, it does the same here in the pond. About a year ago, a resident in the area erected an inukshuk on this mound facing the bridge there in the background. The inukshuk has stayed in place since, and when the water levels came back up in the spring, the head and shoulders remained above the waterline. I don't think the ice on the pond is quite set for walking yet, so I haven't been up this close in awhile. 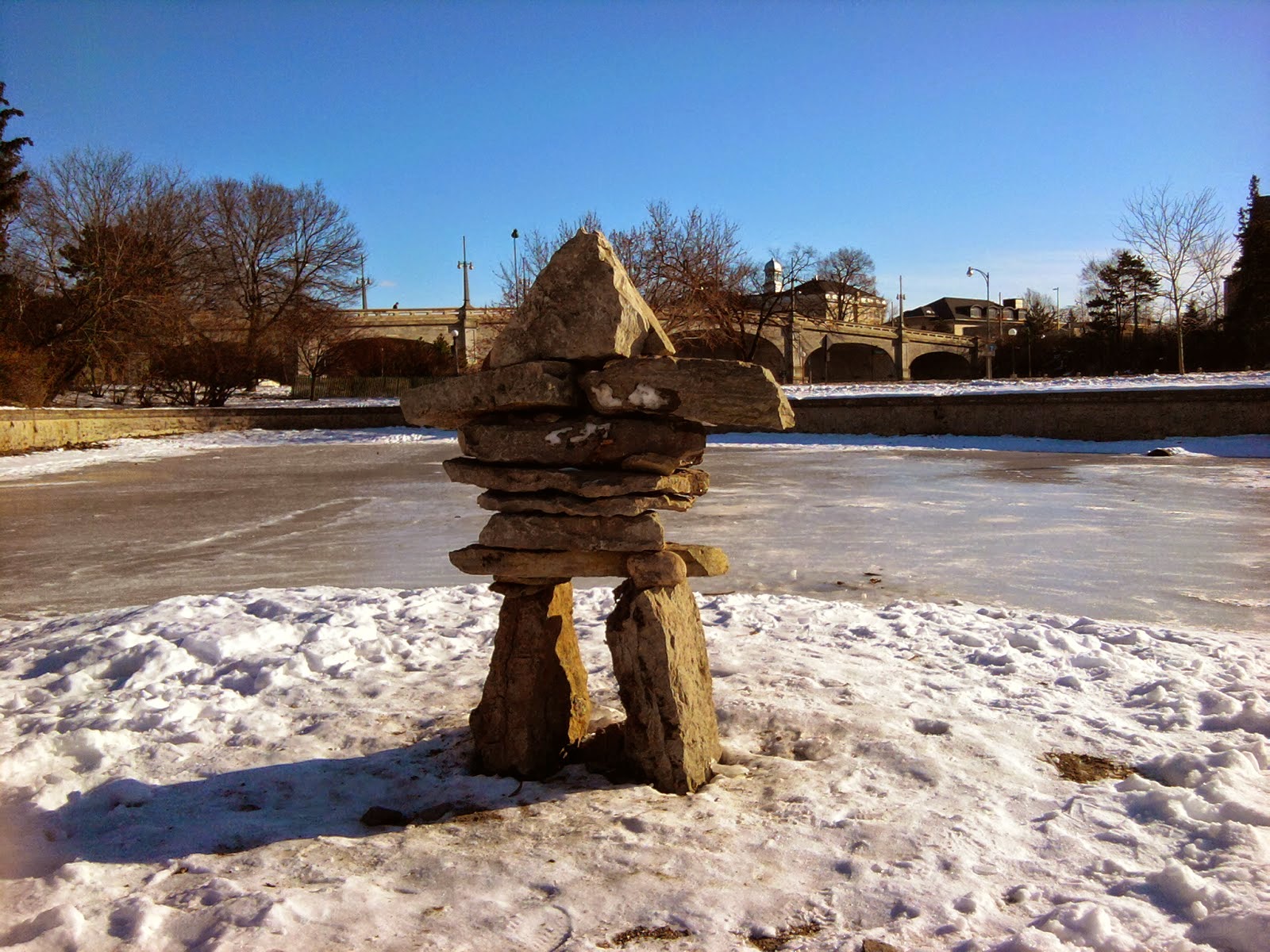 Happy New Year! Don't have so much to drink that you end up kissing someone you actually dislike at midnight!