The events at the Bytown Museum were not the only festival going on here in Ottawa on the Civic Holiday weekend. We have an annual Buskers Festival on the Sparks Street pedestrian mall featuring performers, acrobats, jugglers, mural artists, and other acts that draw out the crowds to watch. This first act was a woman doing the living statue act, entirely in silver as a robot. She reminded me of the Tin Man of the Oz books. It's fun watching living statue performers engage with the audience. They're mute, and occasionally move. Little kids are particularly astonished by living statue performers in a way that doesn't happen with other buskers; it's as if they don't quite know if they're real or not. 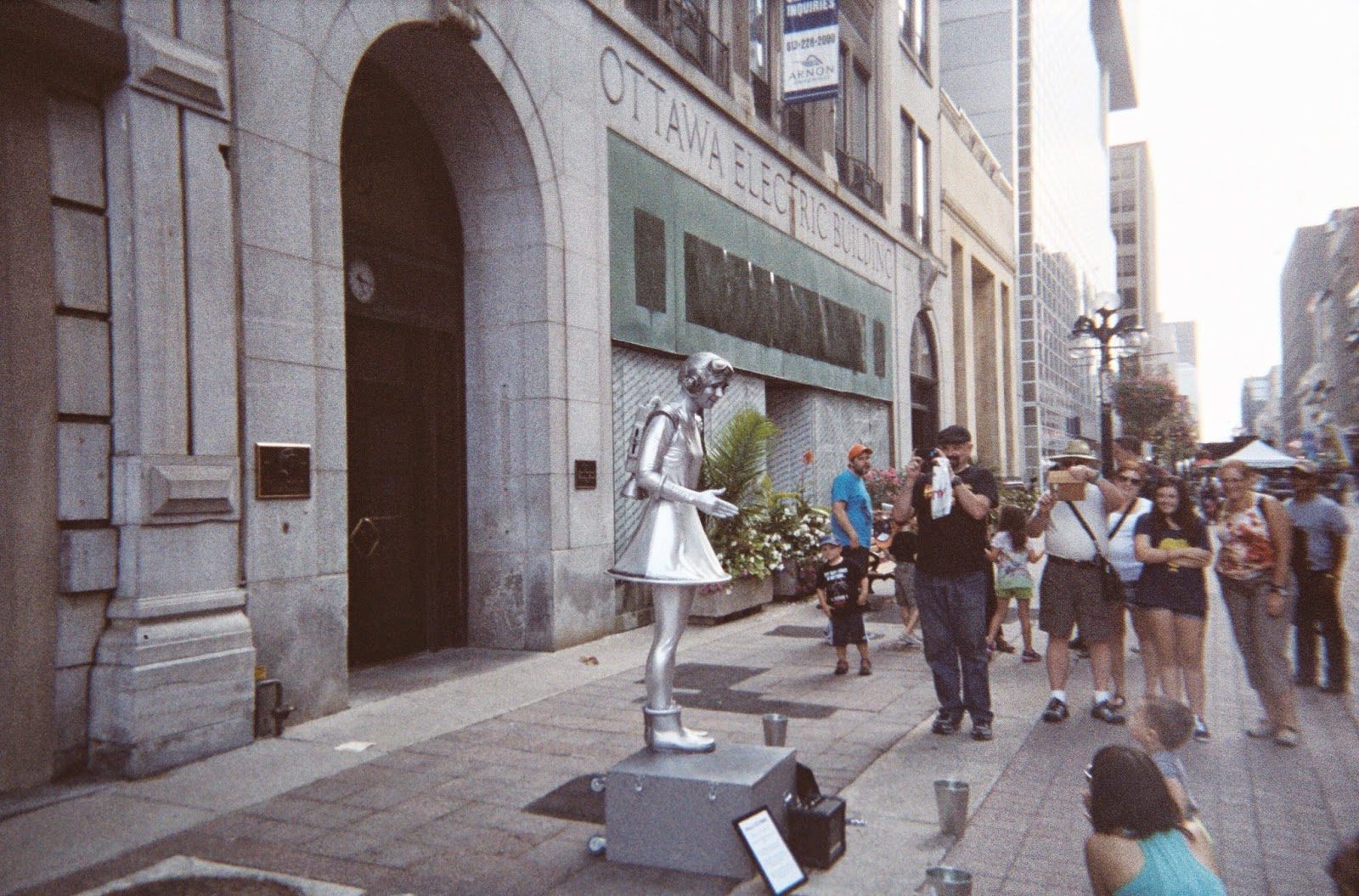 There has been another living statue busker here in previous years named Kate Mior, but she was absent this year. She has a few personas in her act, including one being Marie Antoinette and another being a windup doll. Watching her perform and silently flirt with her audience is a blast. Another absent busker this year was Bendy Em, an Australian contortionist who can fold her entire body into a square glass box. Hopefully both return next year.