Above The Ottawa Locks For The Rideau Canal Festival

This shot is taken from Plaza Bridge on Colonel By Day. The Ottawa Locks, as the last (or first) set of locks on the Rideau Canal are called, descend down towards the Ottawa River, nestled between Parliament Hill and the Chateau. The building at the left along the Canal is the lockmaster station, dating back to the 1880s. Down the hill is the Bytown Museum, which was John By's Commissariat when he was overseeing the building of the Canal from 1826-1832. I've shown you the outside before, and we'll see more of it, both inside and outside, to come.

The Canal is a UNESCO World Heritage Site, and Colonel By Day intersects with the final day of the Rideau Canal Festival, marked along the length of the waterway in communities. Here at the Ottawa Locks, as you go along the path down to the river, the day features demonstrations by re-enactors such as blacksmiths and weavers, musical performances on a stage by the Museum, and local history and cultural societies setting up tables with information and items of interest. It's a good way to spend an afternoon getting to know the city's history and heritage, complete with a visit inside the museum. 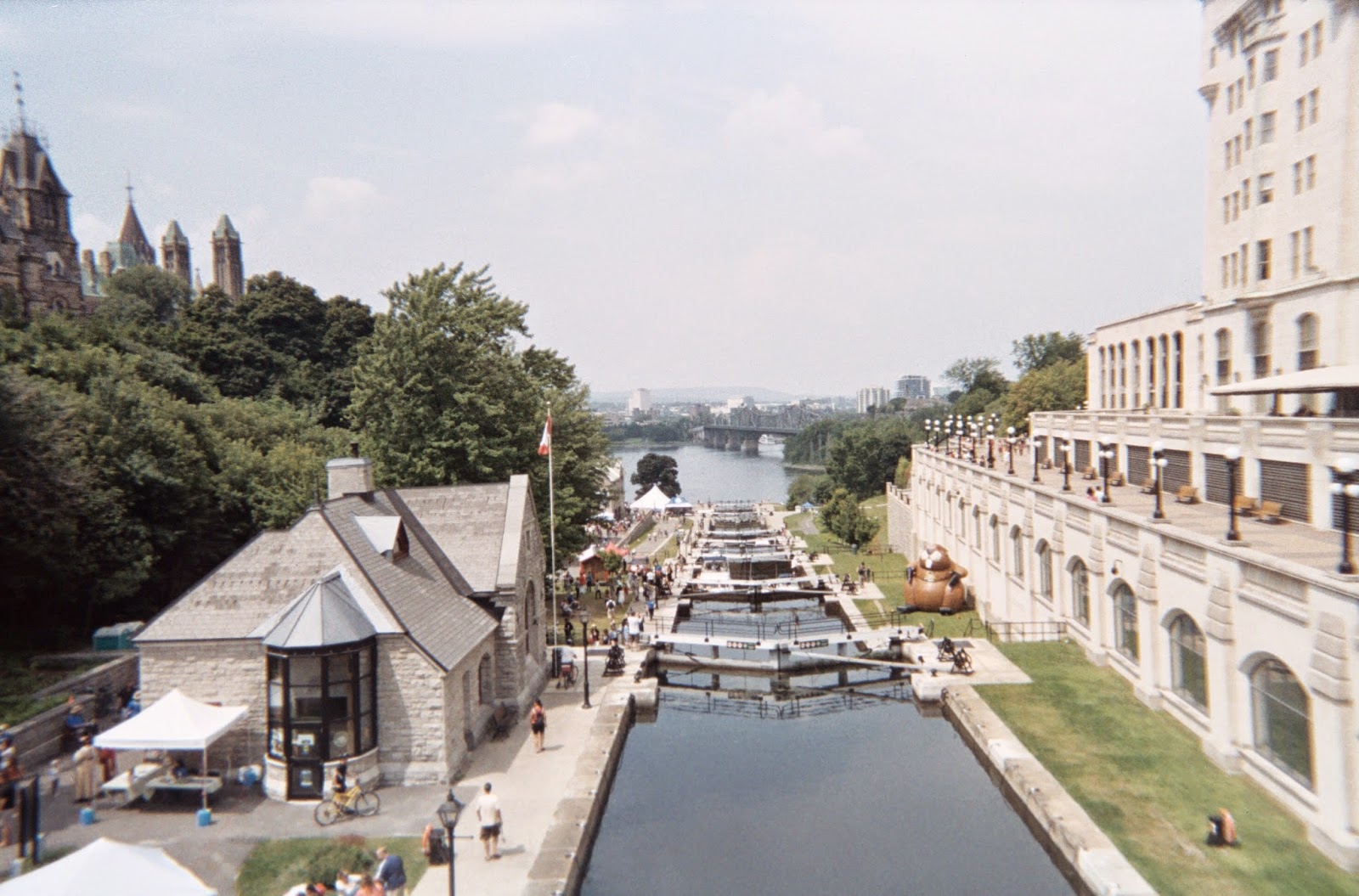 Compare and contrast the view with one I took from Plaza Bridge in the late summer of 2013, on a quiet day. 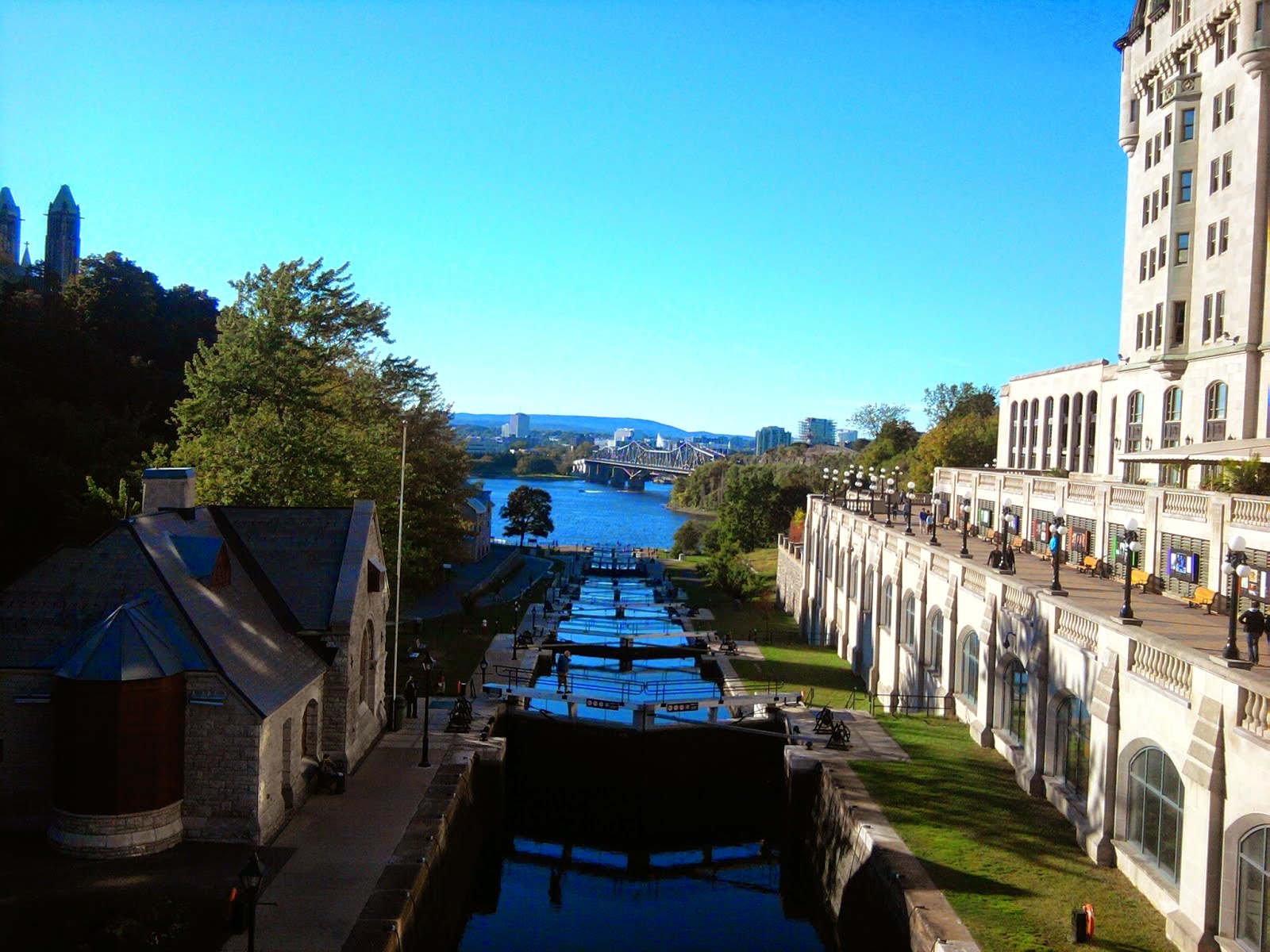